I like to get a paddle in at least once a week so off I went about noon today to Monte Rio. I put in at the boat ramp to a low wind day with some sun out too.

There was a guy fishing just off the ramp as I put in. 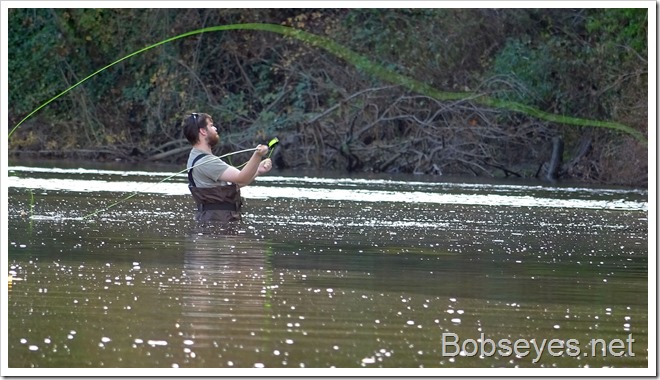 I elected to go down river. I paddled into what the fishermen call the slot. There was a guy fishing just ahead out of his kayak but he kept just ahead of me as we worked our way down the river at a slow pace. 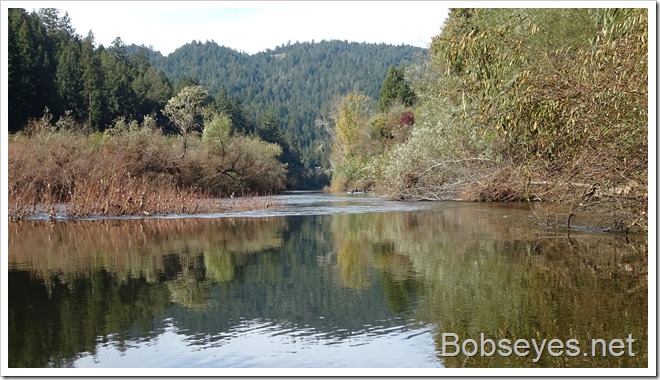 The Slot is a popular fishing spot that will soon be filled with fishermen in boats as soon as the steelhead start to run in the river.

With no wind today the reflections in the water were at their best. 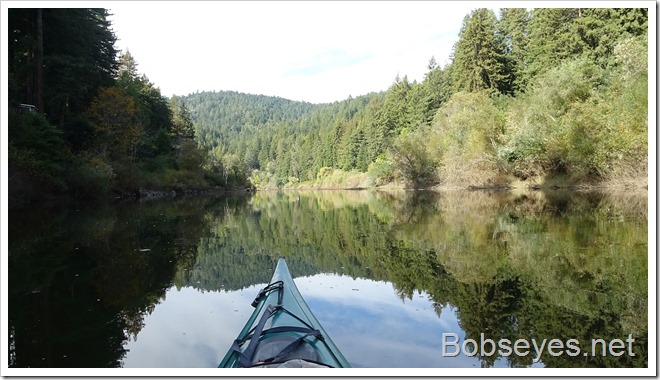 This old heron took off with a squawk as I passed on by.

I caught up with the guy in the kayak, a guy named Lance who fishes quite a bit on the river.

He’d just hooked about an 18 inch steelhead. It was a hatchery fish so he could keep it and was looking forward to it for dinner.

That was about all the fish action I saw today but soon all the fishermen will be on the river as soon as the steelhead really start to come up the river. Lance said he had to work hard for his fish as there weren’t many fish in the river yet.

Osprey nest is no more

He took off back up the river and I continued my slow drift down river to this spot called Villa Grande Pool where I hung out for awhile just checking things out. I saw this big log in the river I hadn’t seen before and it took a bit of time to figure out where it had come from. 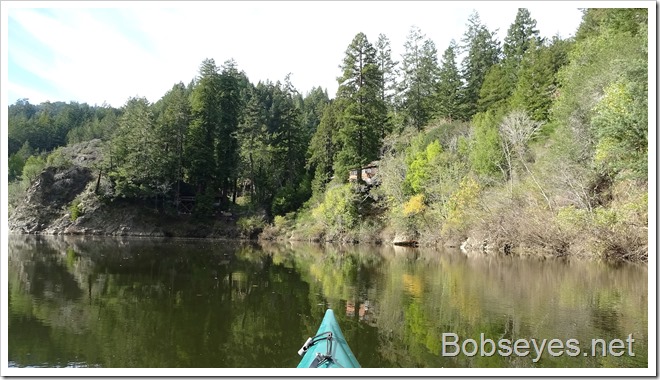 Here’s the big log that showed it had recently slid into the river. It turned out to be the tree that had an osprey nest at the top. It’s a good thing the nest was vacant for the winter.

I sat here at the Villa Pool just taking it easy and enjoying the nice day. 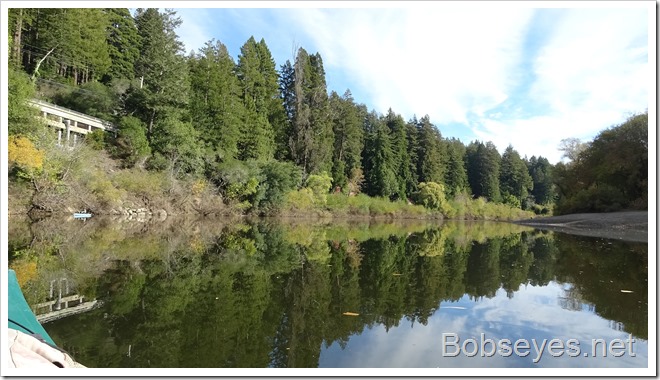 After about an hour there I started a slow paddle back up the river towards Monte Rio. 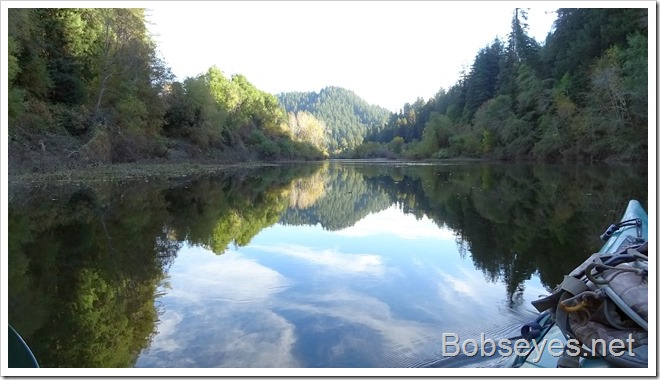 These mallard ducks where resting here on the gravelly beach. People don’t seem to bother these birds much.

I paddled up to the Monte Rio bridge just to have a look see. 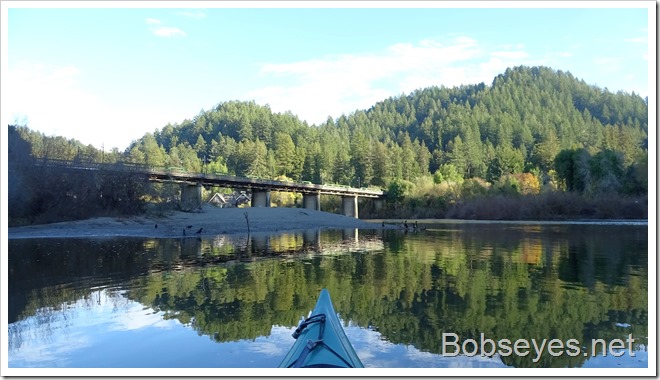 And then back to the boat ramp where I loaded up and went on home for the day. 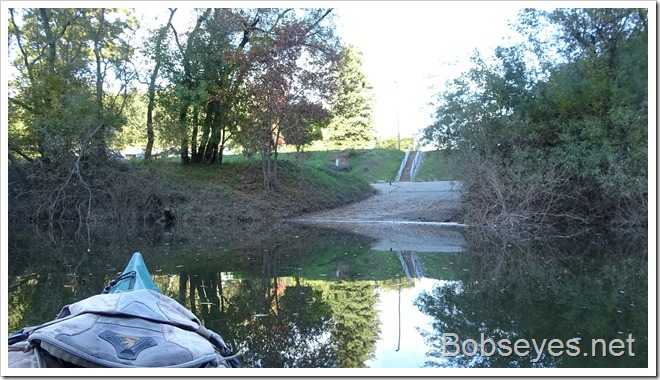 The sun was just going behind the hills when I got home so I had a nap and went back outside to do some chair hopping before dark and that was about it for me today.