Two days in one

I pulled into the parking lot at the boat ramp and sure enough, the wind was up. 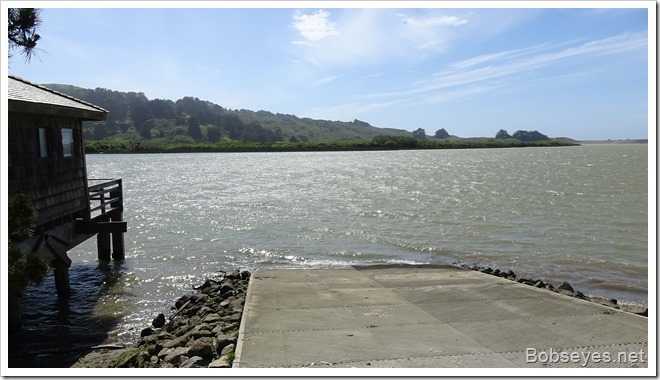 Jenner overlook at the mouth

So I drove down to the overlook at the river’s mouth to have a look because that’s what locals do. The ocean was fairly rough with waves breaking over the sandy beaches as I looked down at the river’s open mouth. 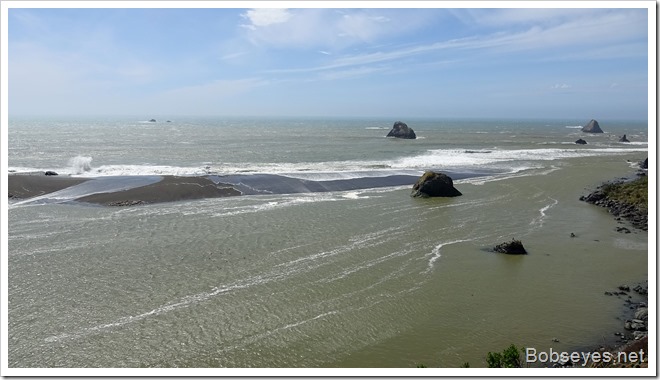 Waves were breaking over the rocks on the jetty were two packs of harbor seals were taking it easy. 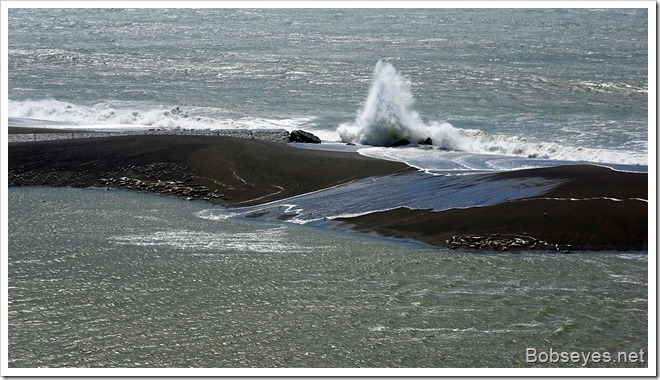 And I could see these cormorants taking it easy down in front of me on this rock in the river. Not many here today. They don’t like the muddy river as they can’t catch fish in it. 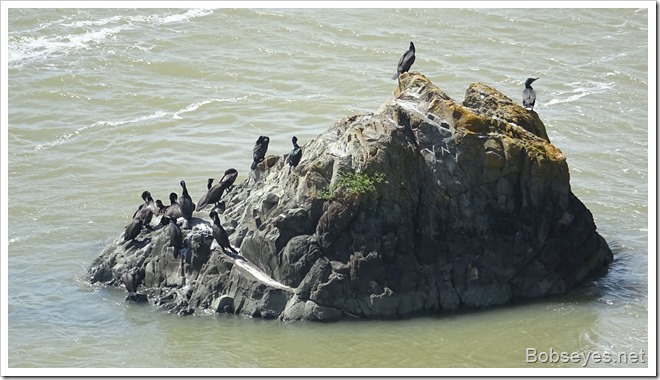 So Monte Rio it is

I left and headed for Monte Rio as there is usually far less wind there as it’s not at the ocean.

I shoveled a little mud off the boat ramp, but it wasn’t too bad and put my boat in the water.

Bill and I shot the bull

I saw Bill fishing just up river from the ramp so I went over to shoot the bull with him for a bit. 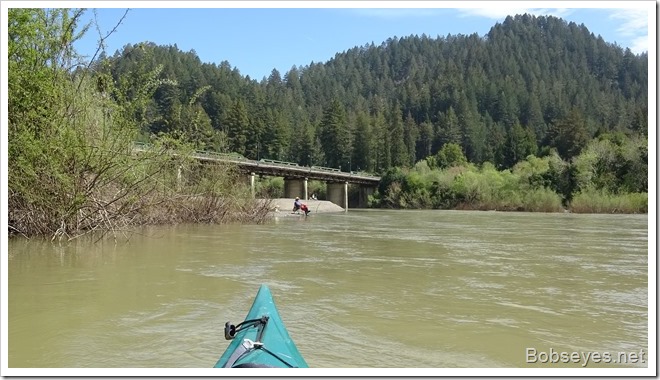 Bill talked my ear off and eventually I just said see you later, I’m headed down river and off I went putting my boat into the current and letting er drift.

I passed by this pair of merganser ducks getting some sun. 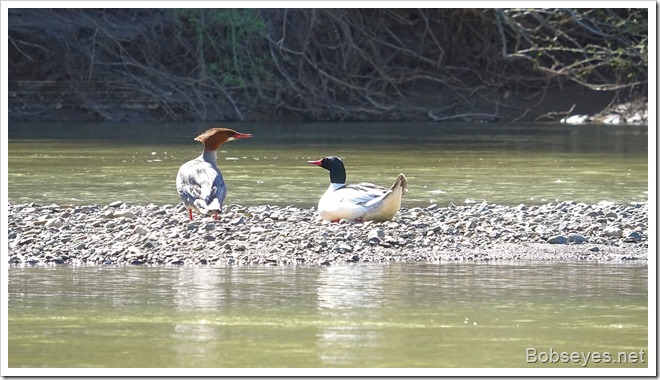 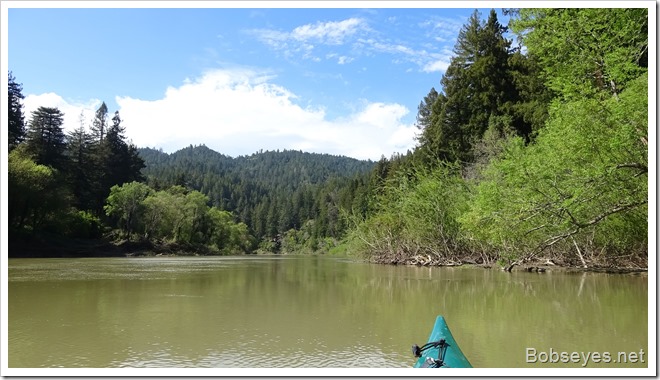 Andrew and is big dog

I heard someone say, hey Bob and I could see Andrew over on the far shoreline with his big dog, so I paddled on over and we shot the bull for a bit. 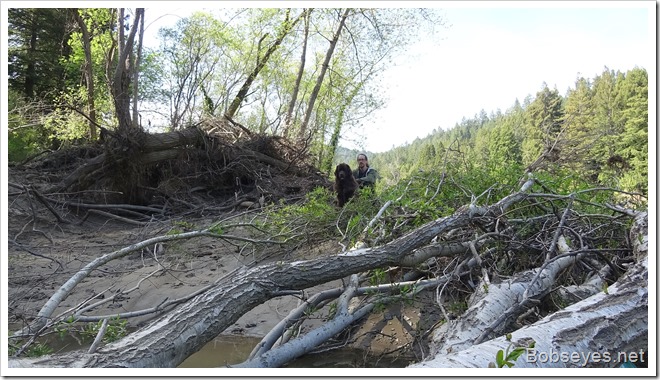 Eventually I continued on down to this spot, Villa Grande hole, just up ahead. See that cormorant on the tree on the right. 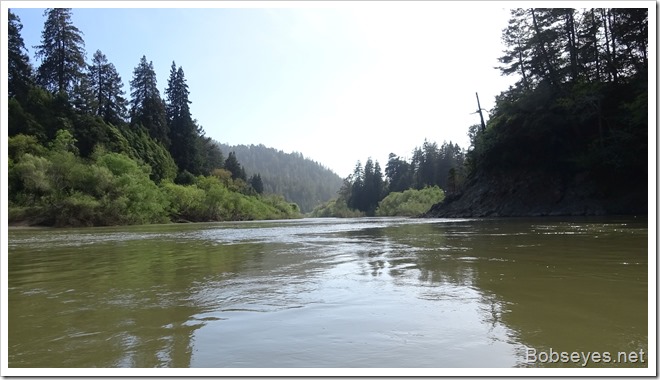 I did once I got closer. 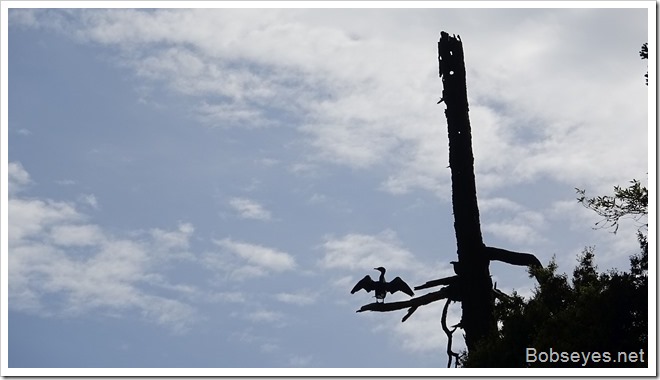 Sitting at the Villa Grande Hole

I pulled my boat into the corner at the Villa Grande hole and sat here for a spell as this was as far as I was going today. Just off the picture to the left is a beach. 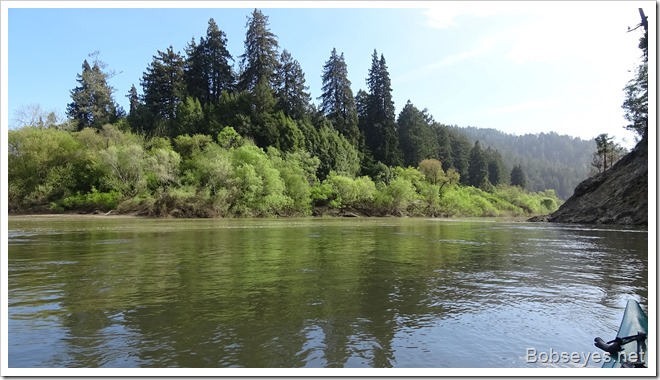 These two people were entertaining me with a sand fight until she got some sand in his eyes. 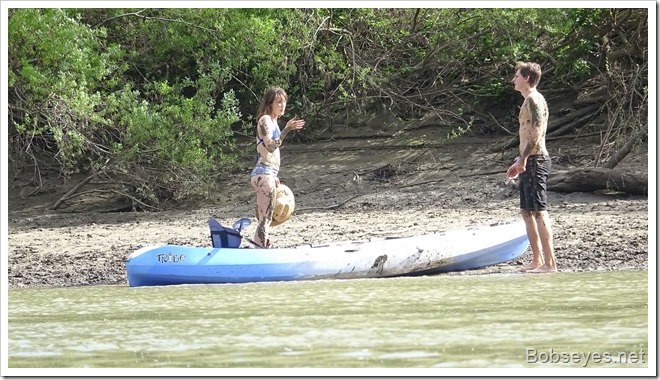 I sat around there for about an hour enjoying the day and watching for stuff and they headed back up the river. The current is pretty strong yet, so I worked my way up the edges where paddling is much easier. Here I’m paddling up along the edge just below Monte Rio. 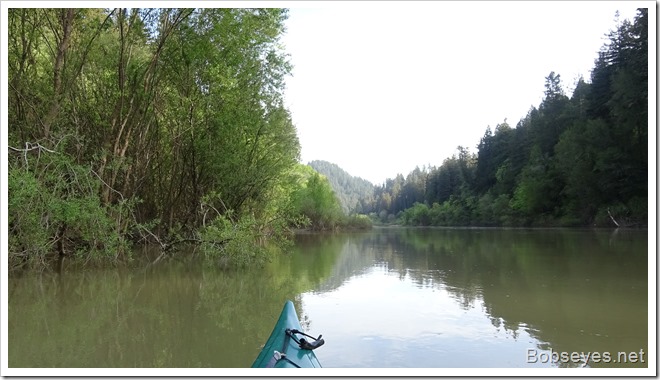 What’s with the robin

As I was paddling along the edge by the trees and the brush, I spied this robin sitting the the water. What’s up? 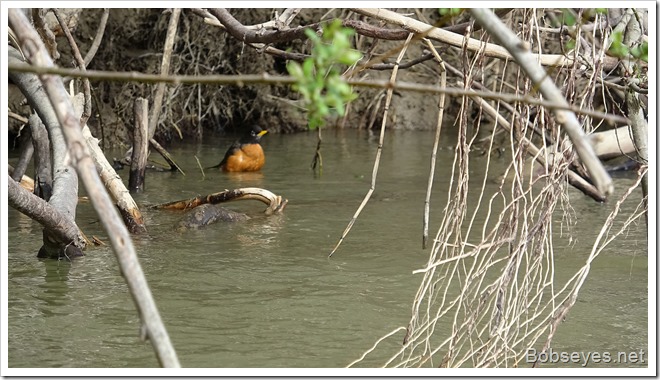 Turned out it was having a bit of a bath. 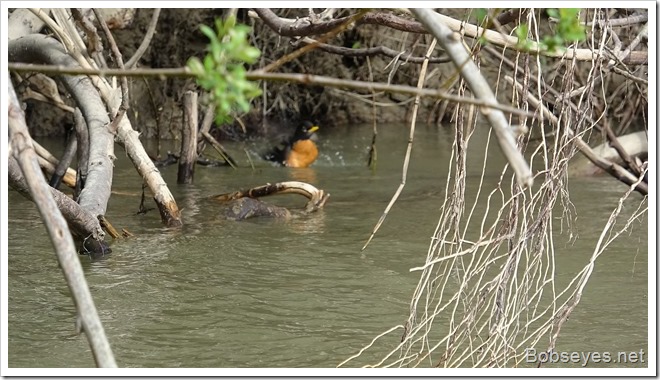 Too tired to blog

I made it back to the boat ramp and went on home for the day. I was tired out, so I had a nap and I couldn’t get it going again. I just seemed to be tired out, so I went to bed and that was my day, didn’t get the blog written.

The weather guys said it was going to be windy down at Jenner again today, so I decided to stay home and work on my garden enclosure again.

First thing I did was go to Guerneville and do some shopping at Safeway to get some things to eat, corn free I hope.

Back to work on the garden enclosure

That done, I eventually started work on the garden enclosure.

I needed to put chicken wire in the three last panels. Here I have the wire in one of them. 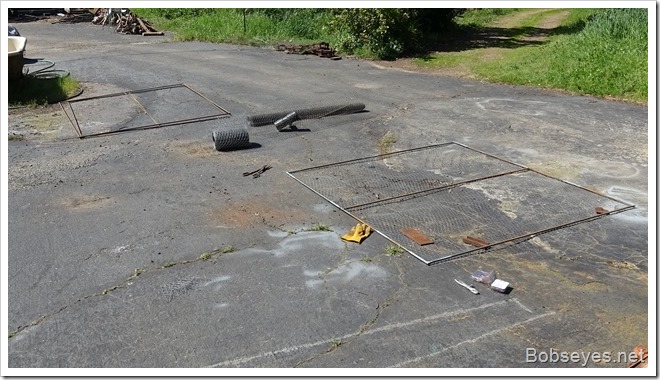 I got the wire in all the panels and installed the panels. I made the sides of the enclosure able to lift up so I can access stuff inside the enclosure to work on stuff and to harvest stuff.

When I’m done I will fill the dirt in to as high as the one foot sides on my enclosure so it will be handy to open a side and get to stuff.

Here’s the enclosure with a side propped up in the open position. 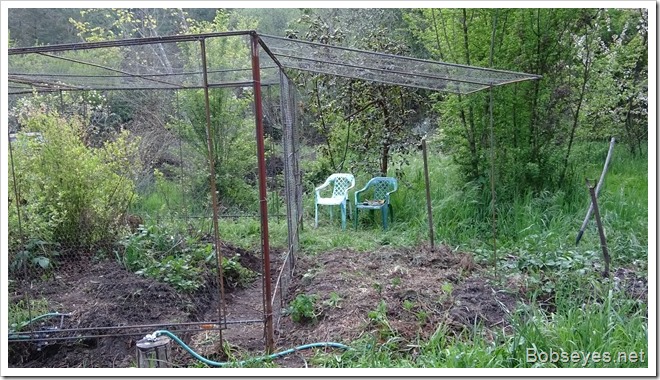 I worked until I was plum tired out and just sat around in the yard for the rest of the day.

And that was my day for a  productive one. I’m about 95 percent done with the garden enclosure. I need a few more supplies to finish it up.