Modifying Grow Panels, a Fat Chicken and a Sweet Roll

It was smoky when I went outside this morning. Seems there’s a big fire over in the valley in California and the smoke is blowing over this way which is unusual as the ocean breezes usually keep it away.

Once I got going I cut some fence wire for one of my gates and installed it. 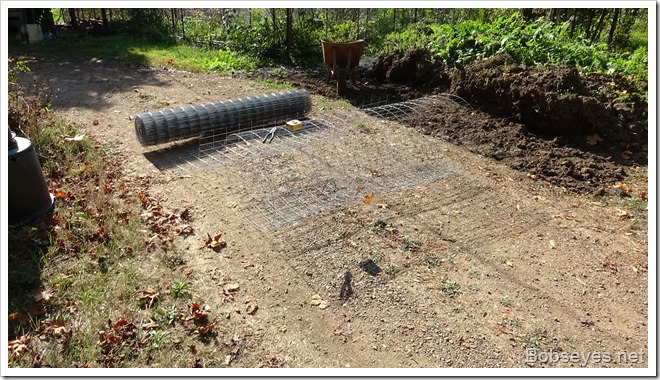 I’ve been trying to get a chicken butchered the last couple days but I’d put the task late in the day and so far I’ve been too tired out to get the deed done, so today I put it closer to the start of the day.

One of these guys is going to be dinner tonight. The biggest fattest one. 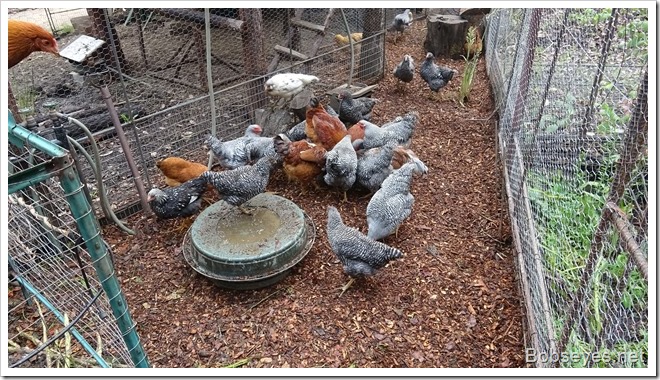 Most of my chickens are almost five months old now and I was surprised to find the one I butchered had so much fat. There was especially a lot of fat just under the skin and since I skinned the bird I lost a lot of it so I might have to rethink the skinning and start plucking them as the fat makes for a rich soup.

Once the bird was butchered I put it in the pressure cooker and cooked it up before going back out in the yard and getting some more work done.

When I went back out there I found a small box on my chair. It had a goody in it from Dominique of Dominique’s Sweets. There was a sweet roll in the box. I decided to wait a bit until I needed a break before consuming it.

I wanted to get all the rebar welded up on the grow panels I’m modifying by putting sides on them.

I got them all welded up but didn’t get the wire on as I still need to cut it to size so maybe tomorrow. 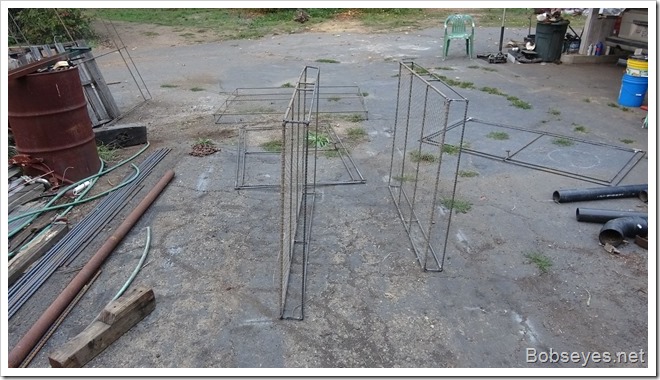 About that little box

Now I was thinking about that little box from earlier.

I savored that sweet roll and it sure was good. Some things are hard to get pictures of such as that roll, but here’s the little box. 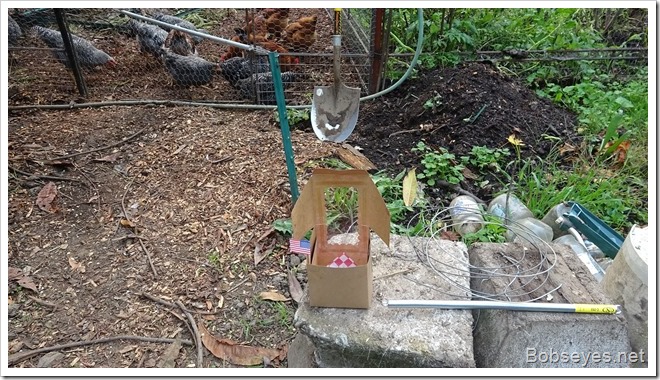 I visited the raspberry patches and ate a few of the late season berries. They are also very hard to get pictures of as they disappear so fast but they were good. :O) I did the same to the strawberry patch as there’s still a few berries left there too, or there was.

1 Response to Modifying Grow Panels, a Fat Chicken and a Sweet Roll