My brother Barry’s wife wanted to try out his new Hobbie kayak he just got to see if she wanted one too. These kayaks also have pedals as well as paddles so for some people the pedals make it easier to get around than the paddles do. And the pedals are nice if one is fishing off their kayak which Barry plans to do.

Here’s MJ as we first put in the water with Barry giving her instructions. 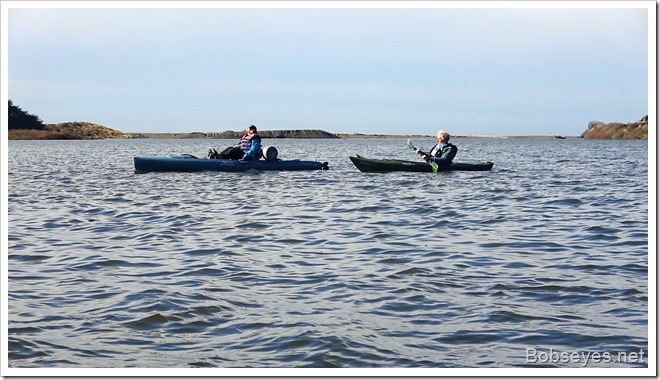 The mouth was closed and the water was up real high so most of the island was flooded so we paddled onto it first. 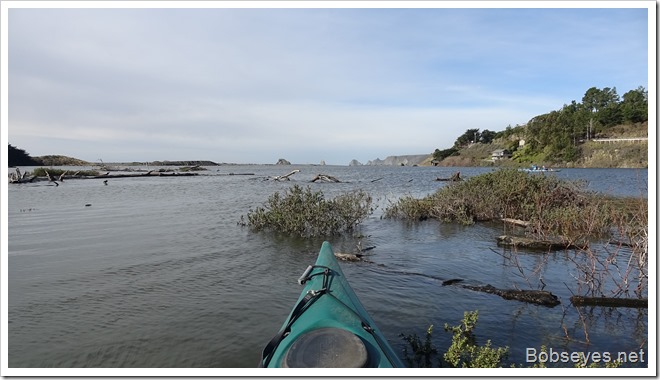 Then we paddled down to the closed river’s mouth here where you can see the sand dam the ocean pushes up to close the mouth. The water level is at the top and should open soon.  And the ocean is real rough and at low tide. 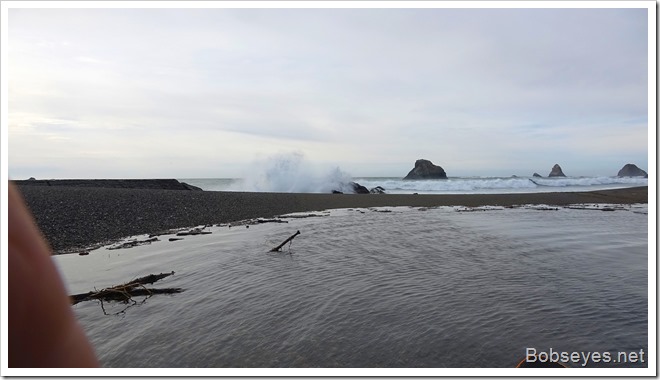 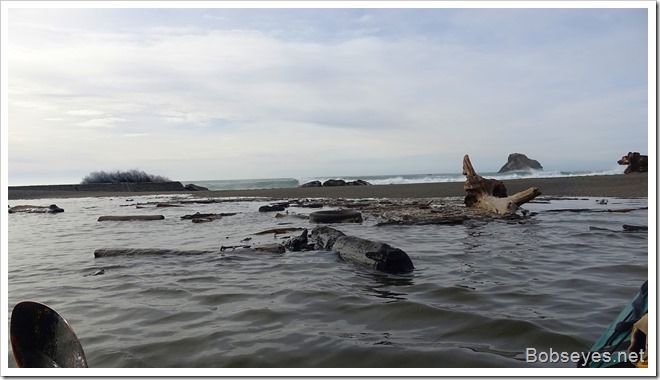 MJ and Barry checking out the closed mouth and the big waves coming in off the ocean making a lot of booming sounds as the waves hit the shoreline. 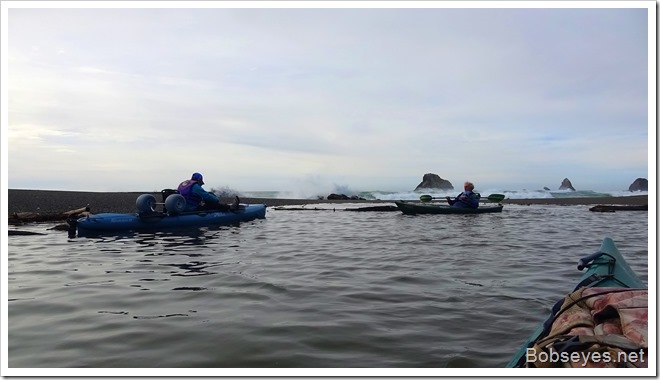 MJ was trying to figure something out on the new boat with Barry’s help which they finally did. 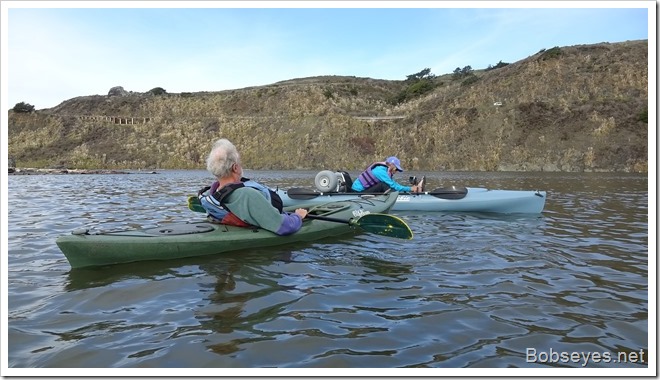 We paddled by the harbor seals then MJ said she was headed back in. 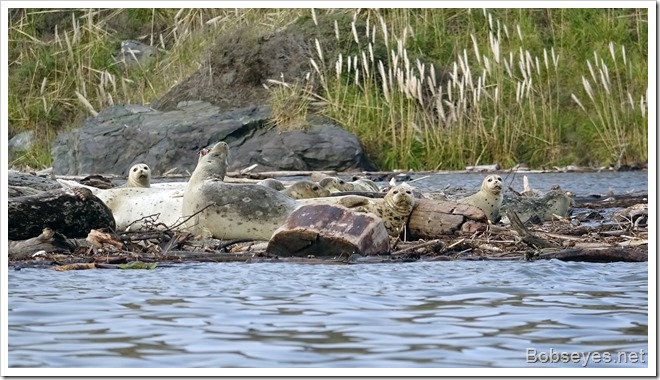 She started back in while Barry and I paddled down to the end of the river and he got out to have a look at the ocean just over the sandy beach here. 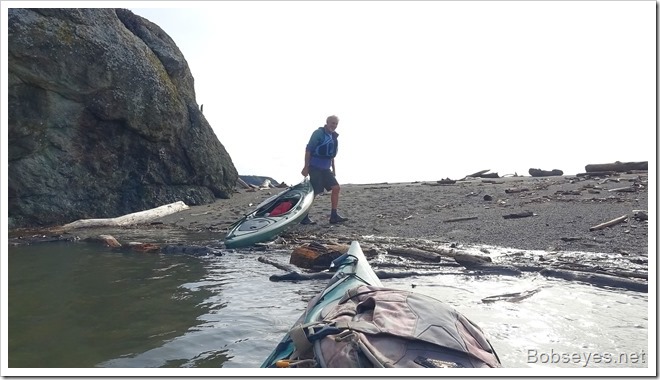 Eventually we headed back in also to catch up with his wife. The gulls were coming in from someplace off feeding in the ocean and settling down on the river to rest and preen. 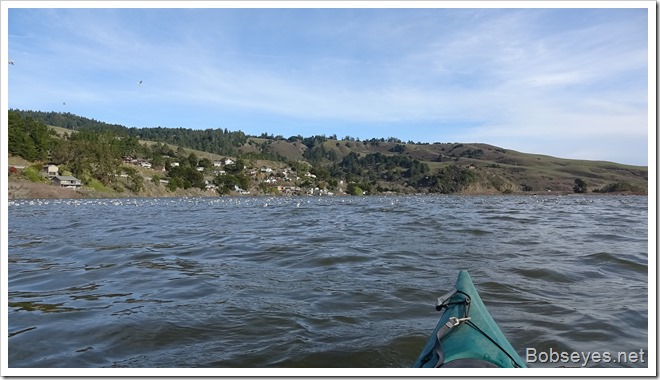 With the mouth closed the water level is at flood stage and starting to flood these houses. 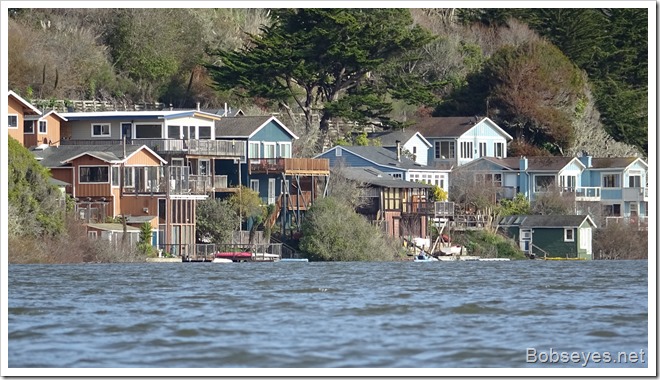 Barry caught up with his wife to help her out on the boat ramp. 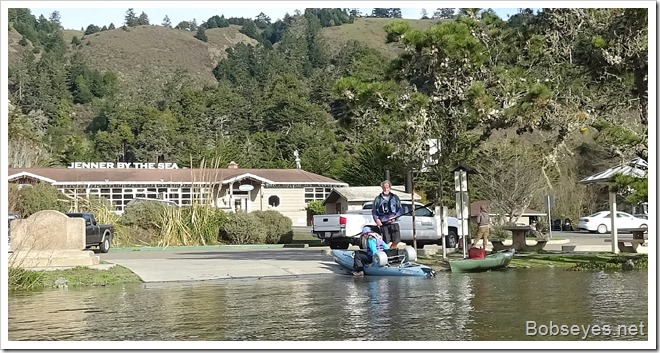 Barry’s wife MJ liked the kayak very mush so I think she is going to get one of them.

We loaded up and headed for my house where I gave Barry the snare cages I poured lead into so he can put the snare loops he’s been working on, on them.

After they left I got my wire cutters and some wire and cut two small logs to length for some little chicken roosts for a little side pen. 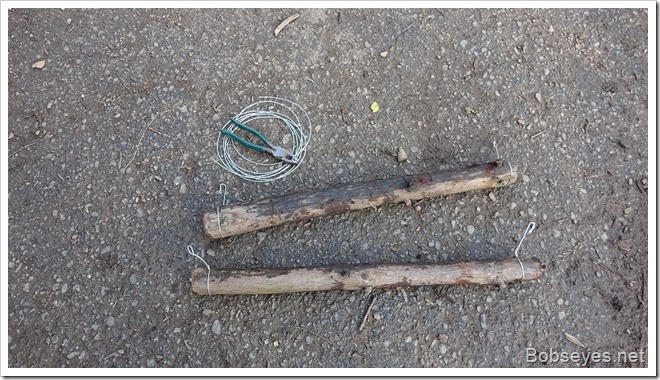 I wired the roosts into place here. 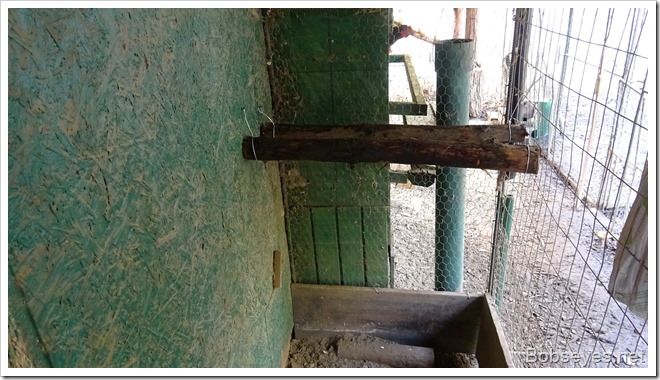 Then I noticed the bottom of this gate’s wire was rusted out and loose so I looked for some heavier gauge wire but didn’t have any so I had to use more chicken wire to repair it. It will also rust out in a short time so I need to get some heavier wire the next time I go to the stores so I have some on hand for such repairs. 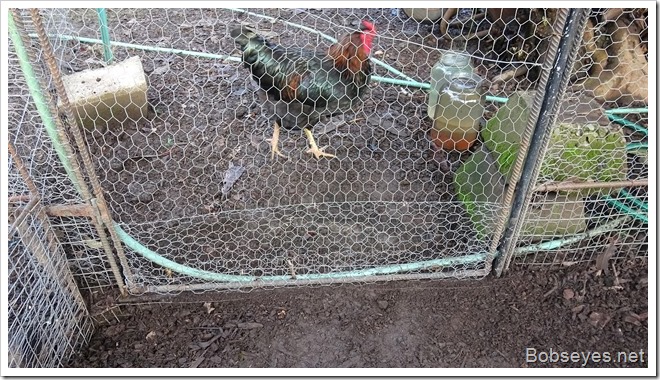 I sat out in the yard for awhile until the evening chill started to come in and I went into the house.