There was a very light mist in the air today, all day. It was real light and barely got me wet, so I was able to do some stuff outside as actually it was pretty nice out there with just a warm extra shirt.

I started out by sitting in a chair and watched the mist for a bit. 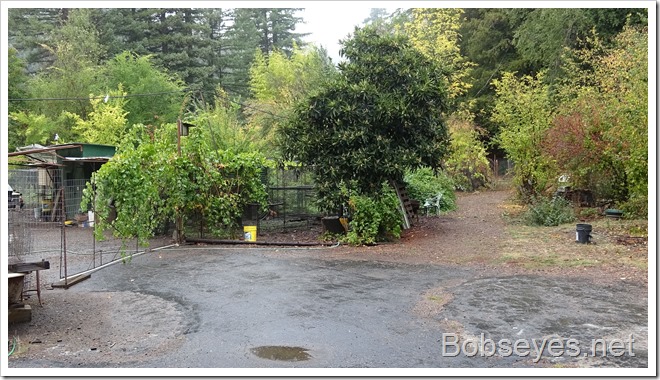 Mulch for the chicken pens 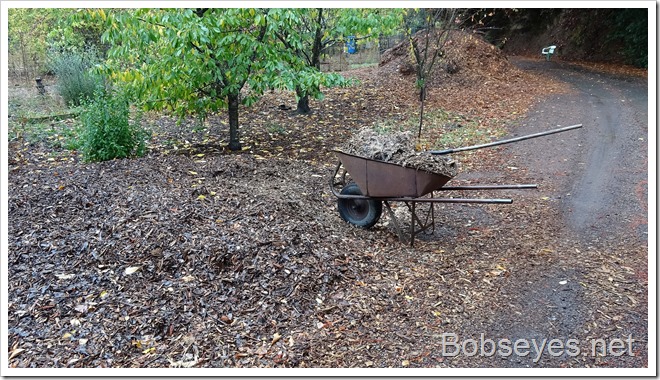 About that time my brother Tom came by with his side by side with a big load of redwood leaves in the back so we put those in the chicken’s mulch pen first. Then I added a couple more loads of woodchip mulch. 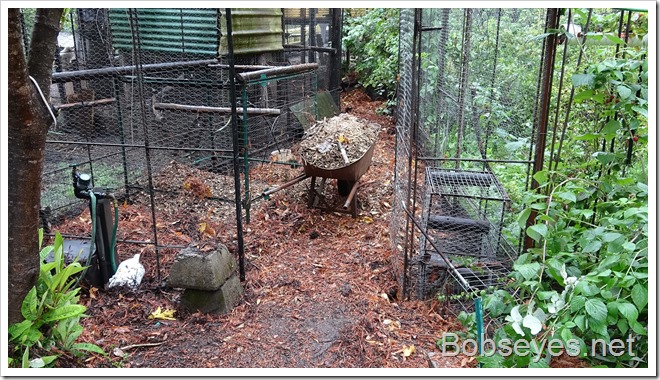 After a short break I moved 8 loads of mulch to the main chicken pens. 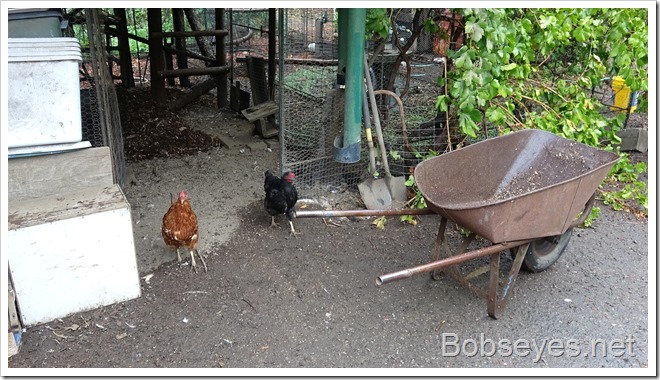 I dumped some under the  main chicken roost and will let the chickens spread it out. 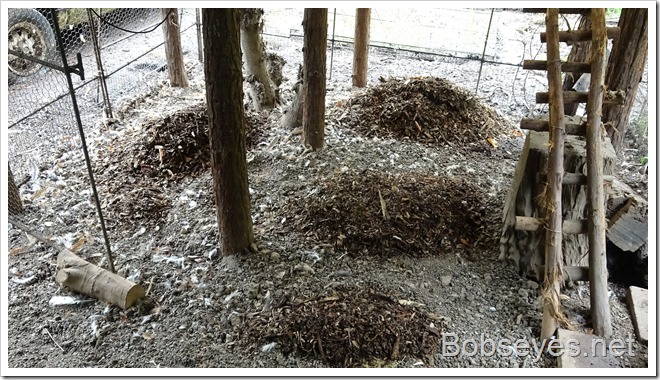 And I dumped some more mulch in the young chicken’s pen. 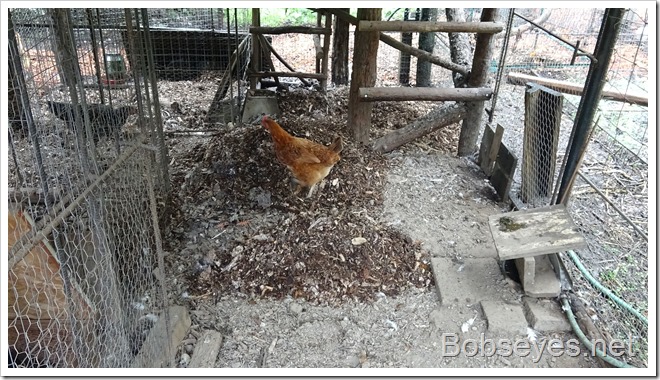 While I was sitting, taking a break, I heard this tree branch fall on the road so I picked it up and put it on the brush pile. 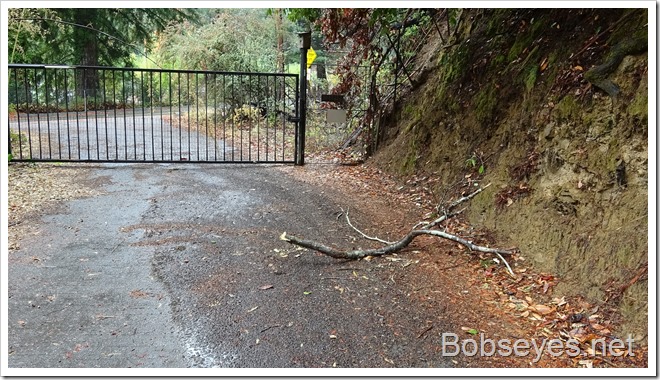 And I noticed some of my bamboo was falling over with the weight of the rain water so I got my loppers and trimmed the ones doing that out on the highway. There were only a few of them so far.

Since I got all that done I decided to see about making a bracket for my old van’s brake light switch. I have a new one but it’s mounting plate is wrong so I needed to make something to make the new one match how the old one was mounted. 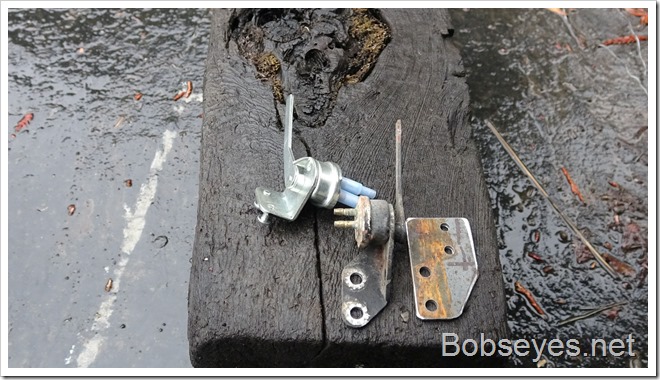 I put a coat of paint on the part and put it in the house to dry before adding more coats of paint. 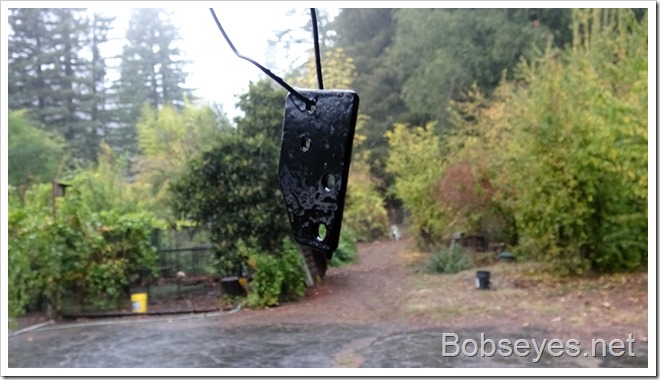 That pretty much wrapped up the day.