The first thing I did this morning when I went out to take care of the chickens was count the chicks. Another one missing. I think the fox is getting them early in the morning when they get out at daylight.

Nothing to do for it except to lock them up so I looked around for materials to block off the bottom of the fence as they are small enough to get through the fence which I thought was a good idea originally.

The wood didn’t work out

I had some wood so I was trying it out and thought it would work, but no, they would just jump up on it and step through the fence, so I had to abandon that idea.

No go with the boards. 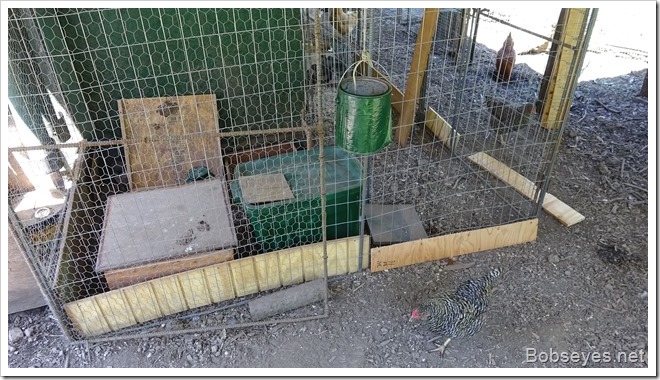 I found some chicken wire so I cut it to length and fastened it to the other fence using hog nose clips. 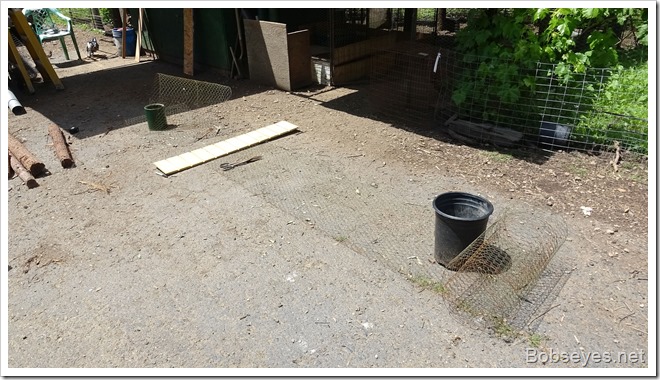 Chickens in the way

The chickens were getting in the way so I put some scratch out for them to get them out of my way.

See they can sure get in the way when they think there might be some food around. 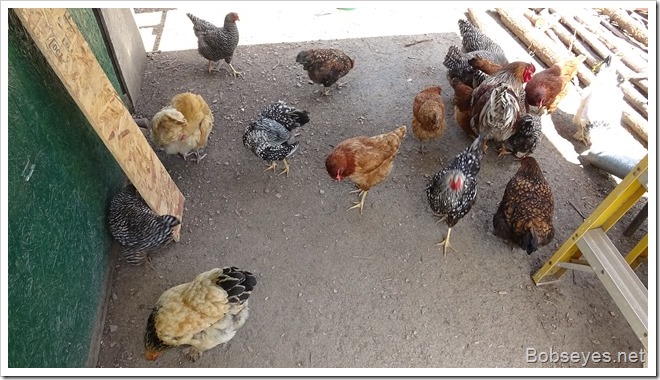 I got the chicken wire fastened all around this pen and put the peeps in to keep them safe. They didn’t like it much as they did a bunch of peeping wanting to get out. 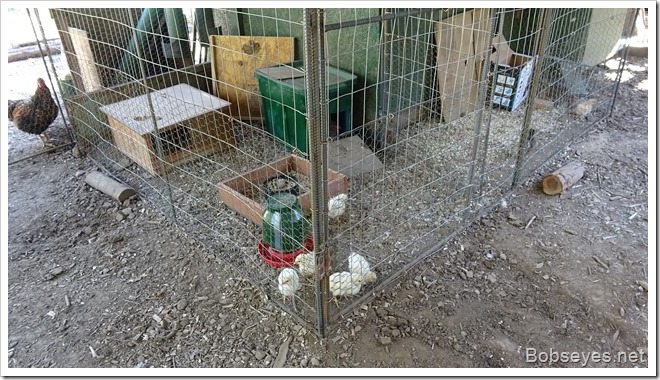 I need to put this chicken wire around most of my pens if I want to control where the little peeps go so I continued putting more of the wire up around the pens. There’s still more to do and I’ll keep at it as the body permits.

See if I can spot the predator

Since I think a fox is getting the chicks, I moved my Wi-Fi PTZ camera out of the pen and into this spot to face out from the pen to catch whatever’s been eating my peeps. The camera is that little white thing with the black dot on it just above center pic. I can turn it from my computer to check on the peeps too if I want. I will leave it aimed out all night to see what I might get. 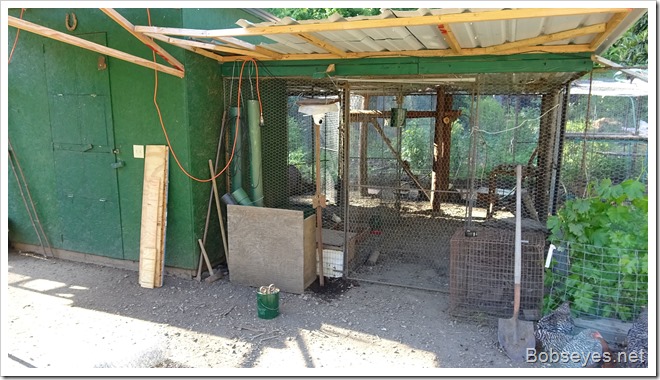 Blowing the dust out of my computer

Since I moved the camera I went back in the house to reposition it. I noticed my fans on the computer started working real hard this morning which means the fans are all plugged up and full of dust.

I unhooked every thing from the desktop computer and took it outside to blow it out with compressed air.

Here’s one of the side fans a bit dirty eh. 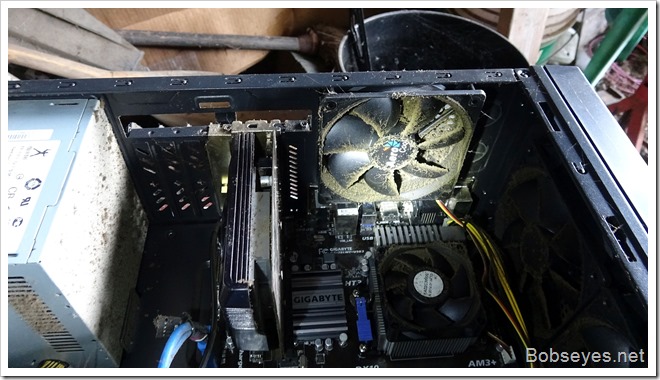 And this is the processor fan I’m surprised it even works. The heat fins were all full of dirt too so I blew it all out. 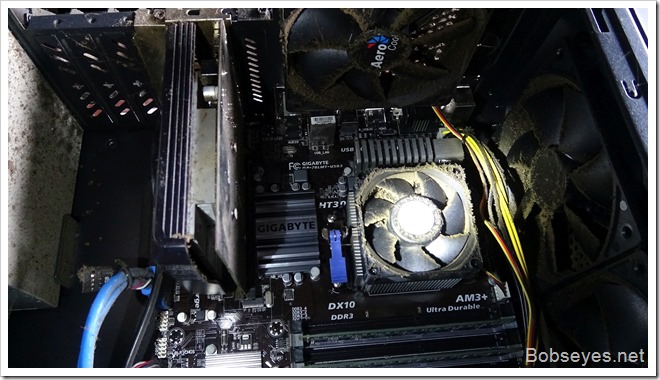 Took it back in the house and hooked it all up and no fan noise so that worked.

Here’s a night view of the camera’s yard view just after dark. 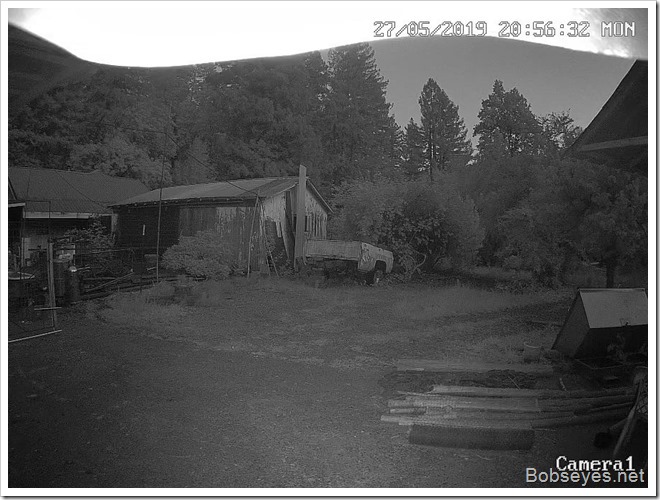 If anything moves the computer software will record it so I can view it later.

On another note Sweet Pea, one of my chickens is gone broody and is sitting in an egg nest instead of up on the roost. I took her eggs away tonight as there were two of them. Tomorrow I will give her twelve eggs total and put her in a brooding box so she can hatch them out.

That was it for me today, spent most of the day in the chicken pen and got some much needed improvements done.