Mingling With the Steelhead Fishermen Below Monte Rio

With the river’s mouth opened  up yesterday spawning fish can get into the river so the fishermen should be out in force today.

So it seemed like a good day to take my kayak down to Monte Rio about ten or so miles above Jenner on the river.

I unloaded my boat at the boat ramp and parked the car ready to go. 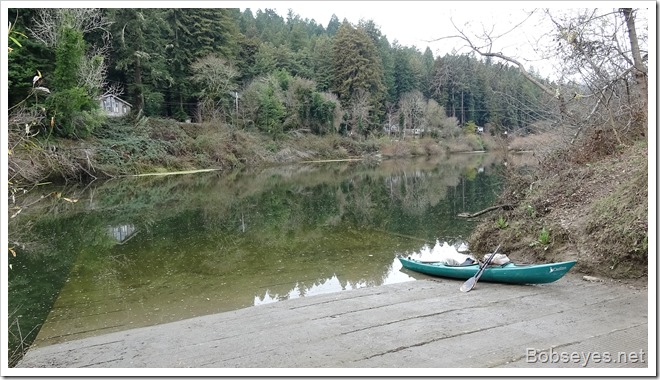 I checked up river first and talked with one of the fishermen there for  a bit. Things were slow. 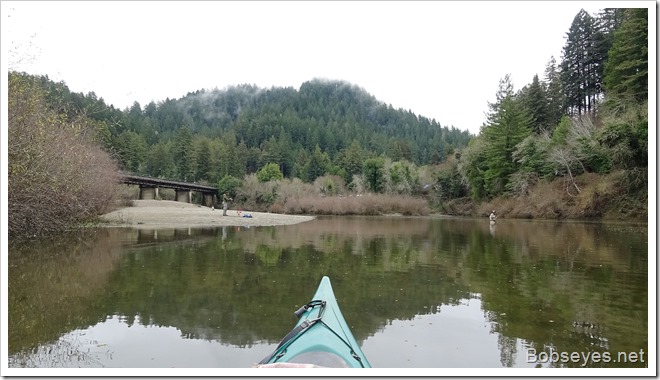 Then I turned around and headed down river where I knew there were more fishermen. 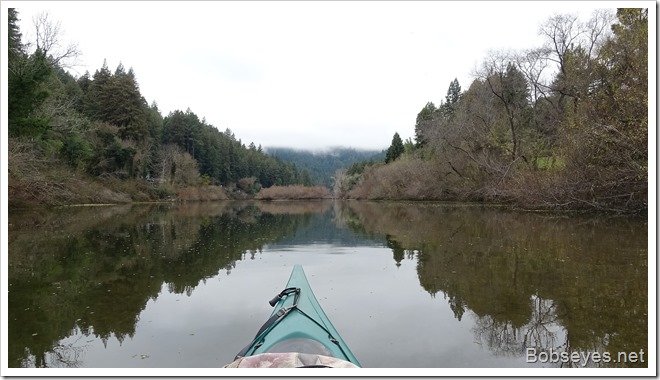 I paddled up behind these guys in what is known as the Slot. They sit there and fish or is it shoot the bull and fish. :O) 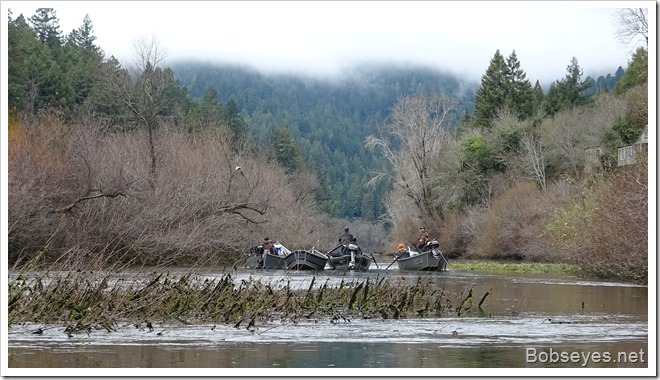 Anyway I pulled up beside them and most of them know me so greeted me so we shoot the bull for awhile. I think a fish or two was caught earlier. 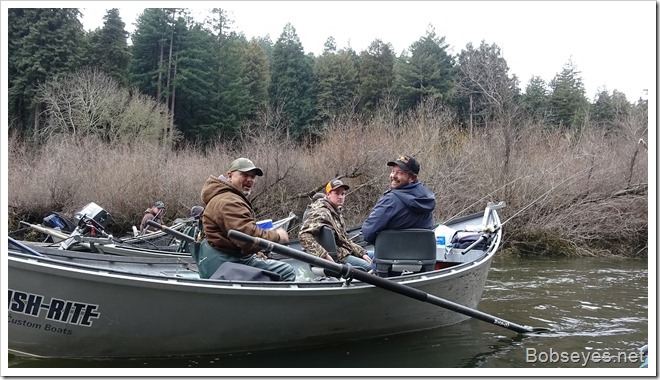 They fished away so I headed down to another boat just in front of them. 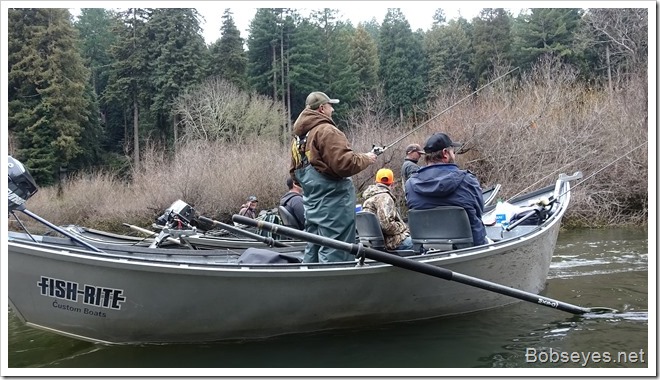 I stopped and chatted with these two guys for a while too. They’d been down river with no luck so far. 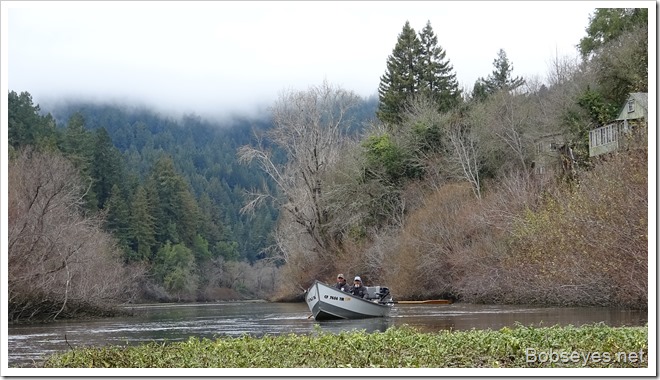 I left them and continued my slow pace down the river when I saw some thing up ahead in the bushes which turned out to be a river otter. 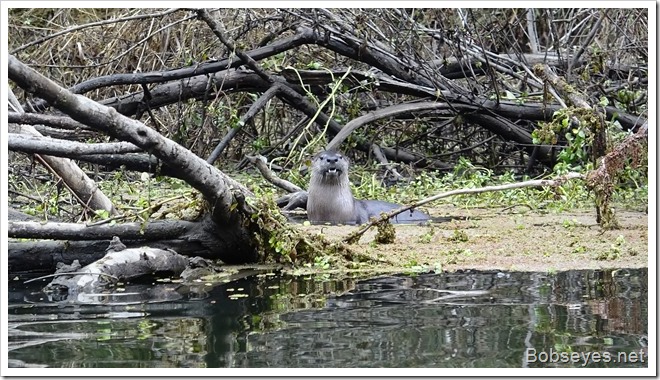 Well there were  more than one of them so I watched them for awhile. 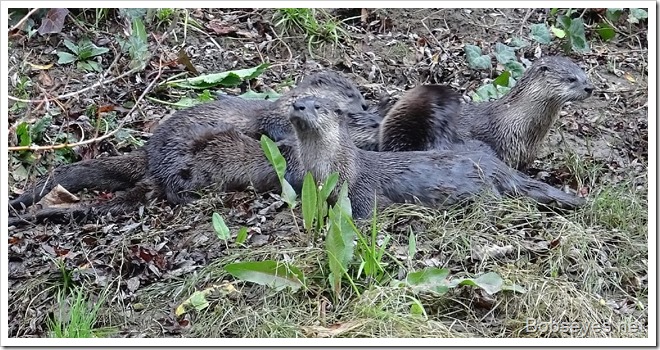 They are quite the critters and actually very ferocious. 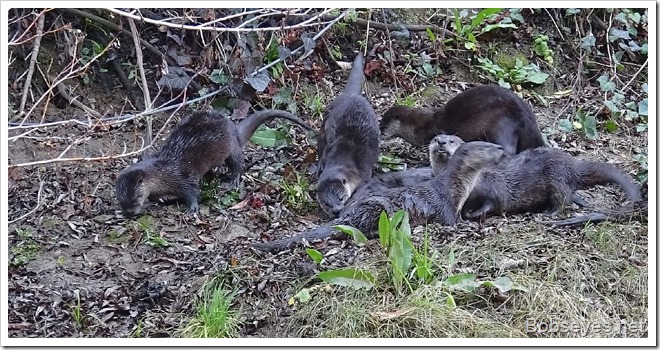 I left the otters and continued on down the river and saw a guy I knew off to the left up ahead. 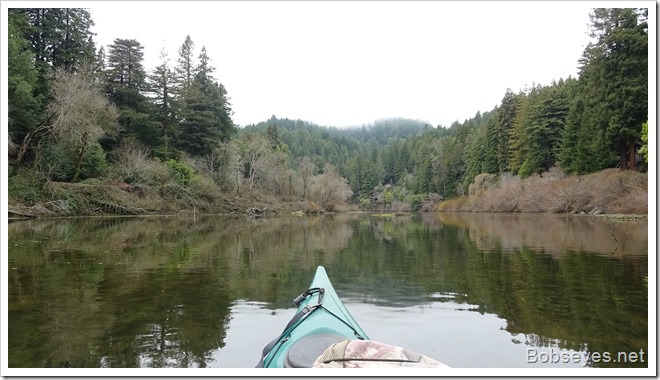 Andrew lives down here and fishes a lot sometimes and I hadn’t seen him in a long time so I pulled in by him and we caught up on things. 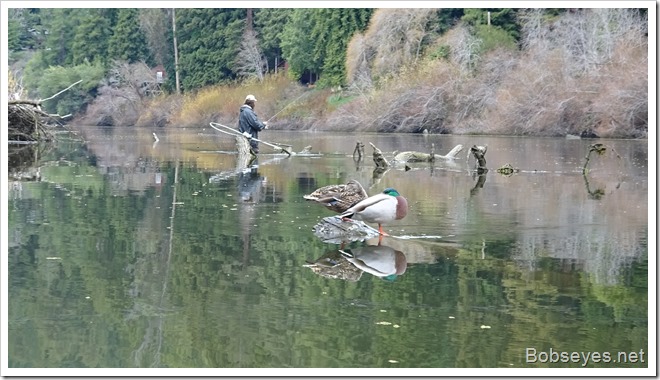 I had one more spot I wanted to check out just a bit further down the river called the Villa Grande hole so I paddled on down there where I saw these two guys fishing. I didn’t know them but we shot the bull anyway. 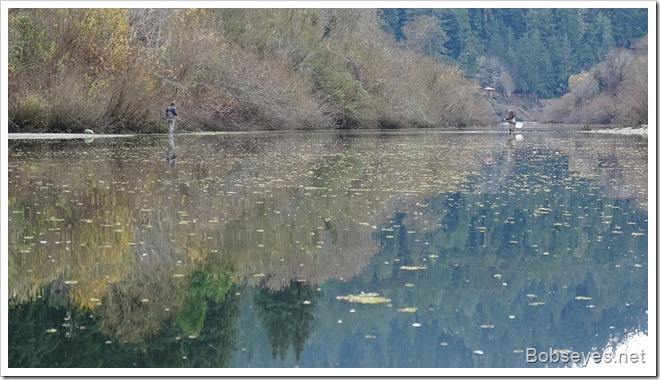 I saw one guy fishing from his boat off to the right of those two guys which turned out to be George Casini who went to school with one of  my brothers and I’d talked with before so we chatted for quite a while, then his phone rang. It was the guys in the boats up river with a report that lots more spawning fish were seen coming into the river down at the mouth at Jenner today so fishing should be good tomorrow. 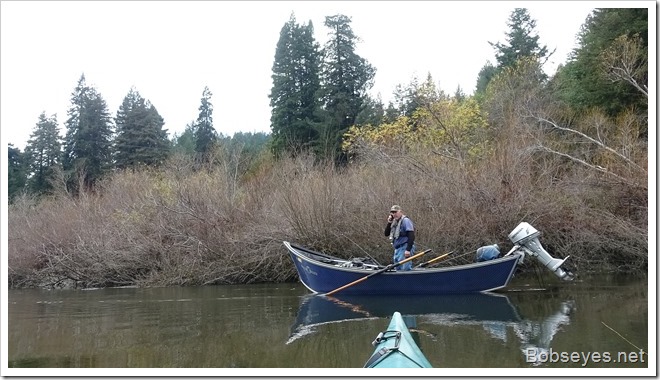 I left George and paddled back up and talked with Andrew some more when he said there’s some fish coming up and he got a bite and started playing the fish when it went under the log to his right and got off he hook. More fish were starting to come by as I left to head back up the river before it got too dark. 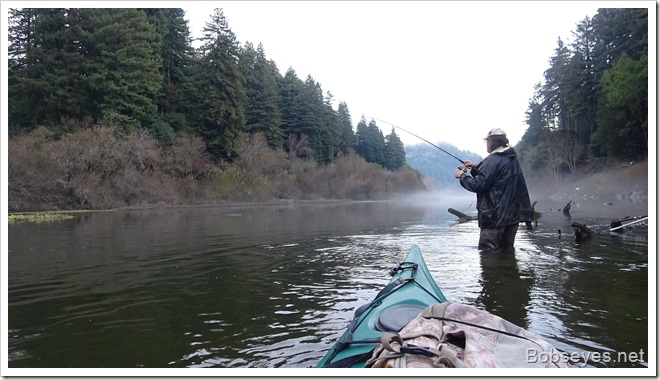 I’m headed back up river to Monte Rio just up ahead. 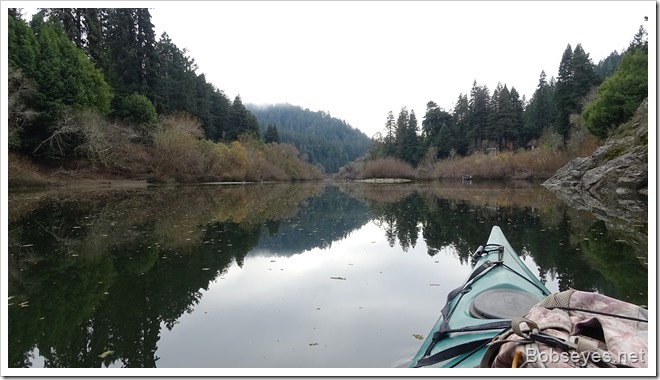 There were still some guys fishing with their boats in the Slot and they had one on but I think they lost it. I didn’t stop as it was starting to get dark so I pulled my boat out and put it on the car. 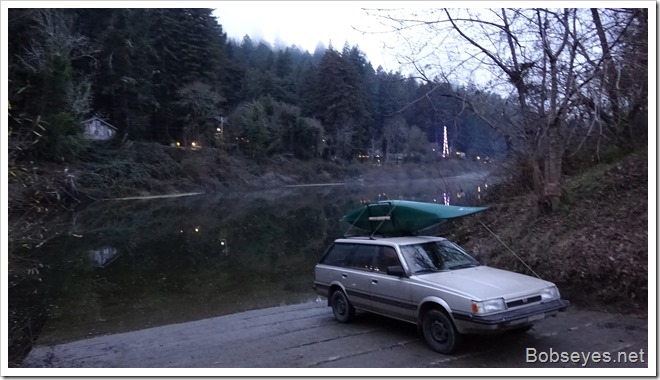 Don in Comments. Shovels and oars work real well at the right time and when it’s too dangerous to get their equipment down there they should use that method but they don’t. It’s a lot cheaper way to open the mouth too and works good as long as the sand isn’t too high.