Playing with the Wi-Fi stuff

I had plans to get some stuff accomplished today. But I started off playing with my new Wi-Fi extender and it took most of the day and I got a lot of exercise in messing with it.

Here’s the new unit. It plugs into an AC wall outlet for power and is wireless so needs no other cable. 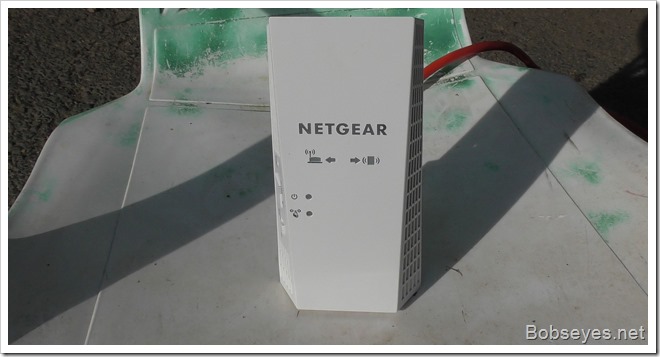 I had some help but they didn’t help much. 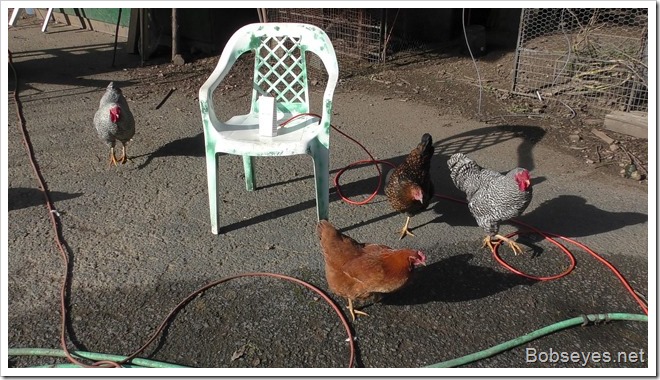 Takes a lot of time

I put the extender on a long extension cord and would move it around the yard and then go in the house and see how fast it was working and then go out and try another spot. I had one spot that I remember as being very good, but I can’t remember where it was. At any rate I did a lot of going in and out today messing with the unit. I worked with it on and off all day and even into the dark.

While I was feeding the chickens this morning I noticed my cam was vibrating a lot when the chickens peaked at their food in the feeders which was a bad thing as the camera has motion control on it so if the camera moves bit it triggers the motion control video which wasn’t good as it’s doing this all the time takes a lot of the camera’s transmitting power and makes things not work too good. The camera was mounted to the rebar chicken pen roof.

So the remedy for this problem was to make a pole mount for the camera which I did so now the camera is mounted on it’s own pole so shouldn’t move much anymore.

You can sorta see the pole mount in this picture to the left of the camera. I had it mounted lower to the ground then realized the chickens would be hopping up on the camera so I put it a bit higher. Now the mice will likely go up there to eat my chicken food. They like to grab some food and then go off to the side and eat it in a safe place. 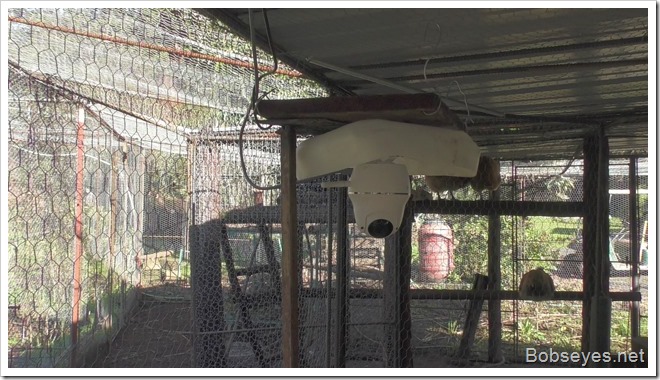 I discovered I hadn’t cut up all the fallen debris from the wind storm so I got the chainsaw out and cut  up the big redwood limbs. 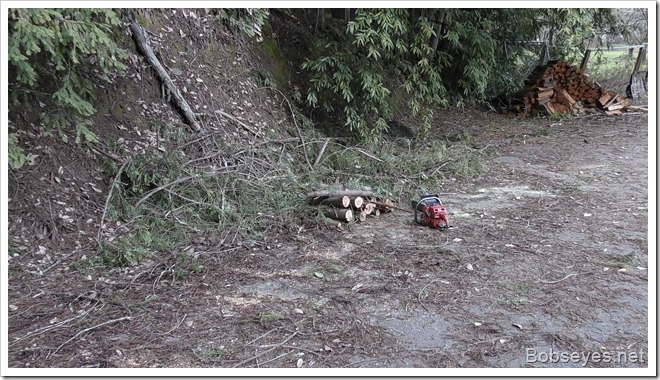 After I was done I was looking up in the trees to see where the limbs came from when I saw this big limb just hanging there ready to fall. Luckily it didn’t. 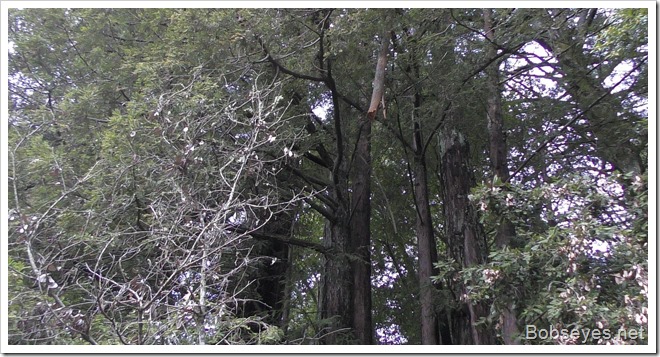 Limbs held up like this are called widow makers by the old timers as if they fall when one is under them they might do you in. 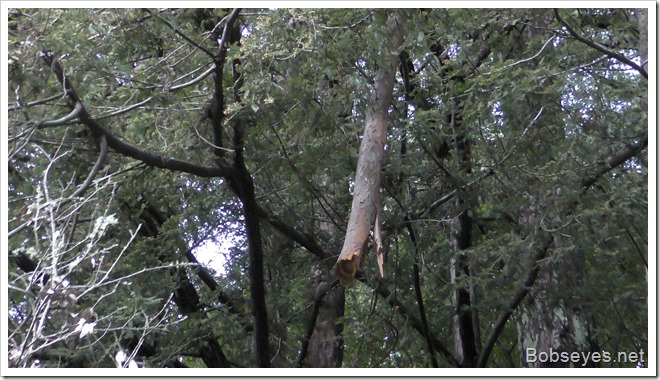 Staying ahead of the chickens

When I let the chickens out out to graze today I noticed one of them got out through this gate so I cut a board and wired it to the gate to hopefully prevent that in the future. 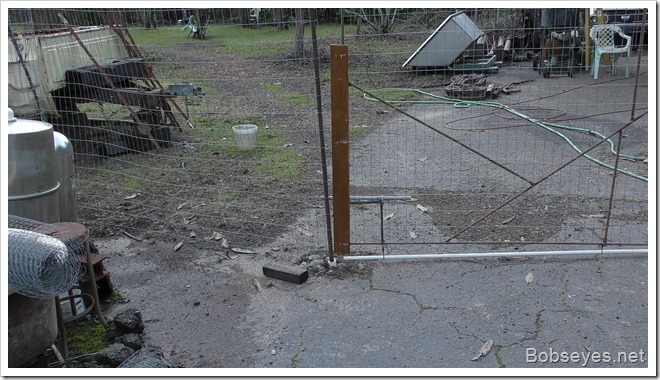 Because I messed with the Wi-Fi system today I didn’t get all done what I wanted but there’s always tomorrow, well maybe the day after as I might go kayaking tomorrow. :O)