This was my view as I got it going today at the Russian Gulch area looking out to the ocean. I could see if was a real windy day from the tree movement. 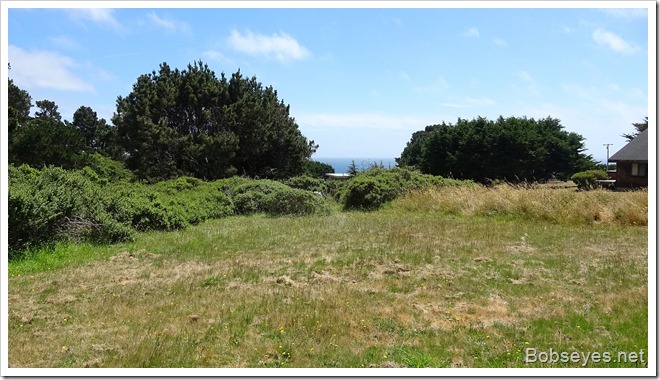 So I decided to be lazy and stay at the camp spot for a bit and do some cooking.

I’ve been experimenting making home made noodles. Noodles in the US have to have egg in them to be called noodles or they are not noodles.

I mixed up two cups of flour and added five eggs and a teaspoon or so of salt, all corn less of course. I added eggs until the dough was the right consistency.

Once the dough was mixed up and kneaded a bit, I floured the cutting board and cut the dough into three pieces and used up half the dough and reserved the rest for tomorrow’s dinner.

Here’s the dough on  my board cut up and ready to work up into noodles. 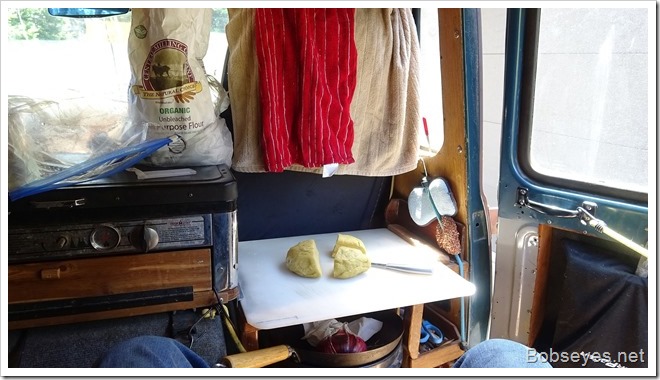 Rolling out is the hardest part as the dough is fairly elastic and pulls back a lot but eventually it starts to rollout. I add flour and roll out as thin as I can like this. I’m using a piece of PVC pipe for my roller as it travels well in the van. 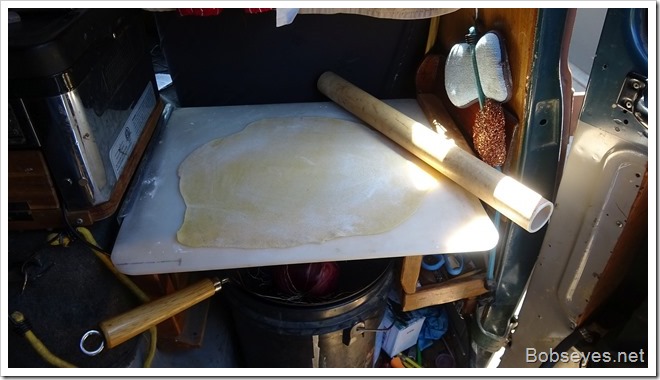 Once the dough is thin enough I roll it up like this to cut into noodles, well floured of course. 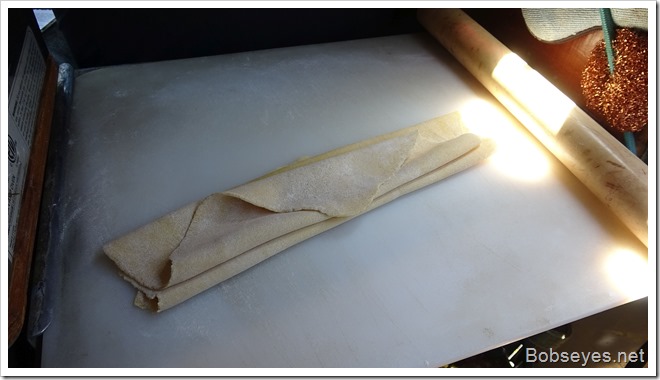 I cut that in half and stack one half on top of the other half for cutting with my Chinese clever, but any ol knife will work for this. 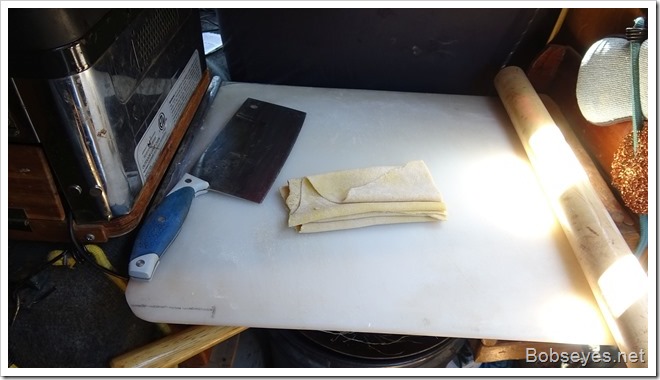 Hand made shouldn’t be perfect

I can cut this up pretty fast and it’s not important to make them all perfect after all these are hand make. 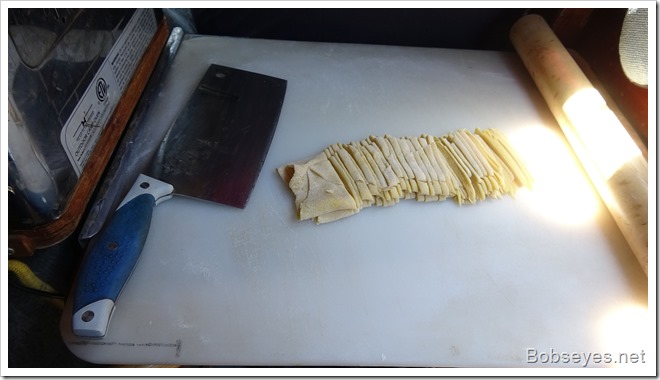 Once cut you just use your fingers to unravel the cut noodles and you get this ready for the pot. 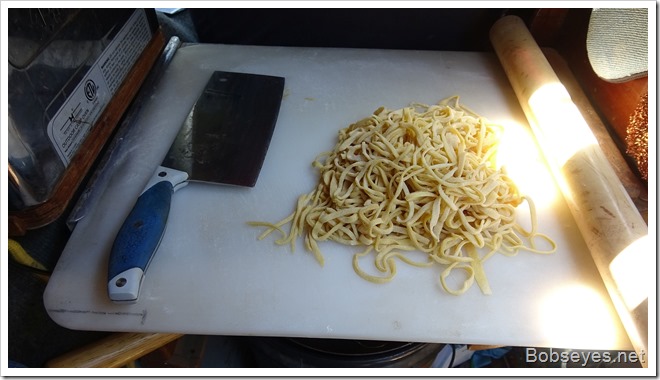 I cut up some of my brothers onions too and used a can of mushrooms and cut beans all with no corn I hope. 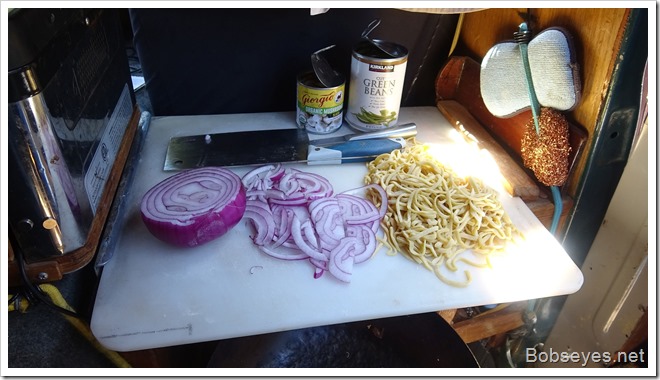 I tried an experiment and tried boiling the noodles with just enough water so most of it was gone as the noodles got cooked. I did this as lots of times I’m in the desert and conserving water. It worked but there’s a better way to use the water instead of throwing it out.

Here’s the finished product which was very good and filling. 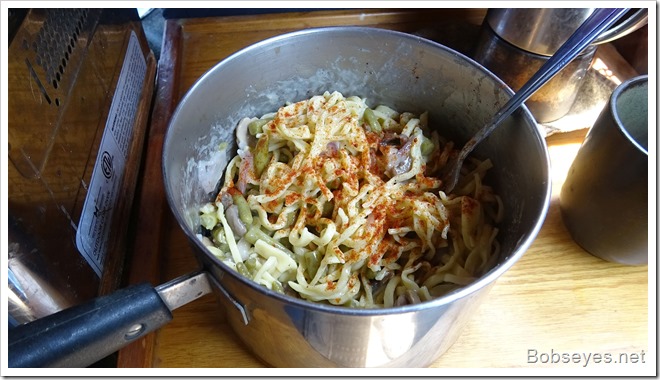 Note the pot above is real sticky which meant it took a lot of water to clean up the pot so wasted water. I decided it would be better to use more water and make a soup instead and the pot would clean up much easier with less water. In other words I ate the stuff instead of using the water to clean up and throwing it all out and the pot was mostly clean after eating the soup. No rinsing as I didn’t want to waste water.

I ate and then cleaned up and hung out until late in the afternoon when I drove the short distance down to Big River to see about kayaking it.

The wind was up and I felt lazy so I parked by the water and enjoyed the rest of the day here instead of in my boat. 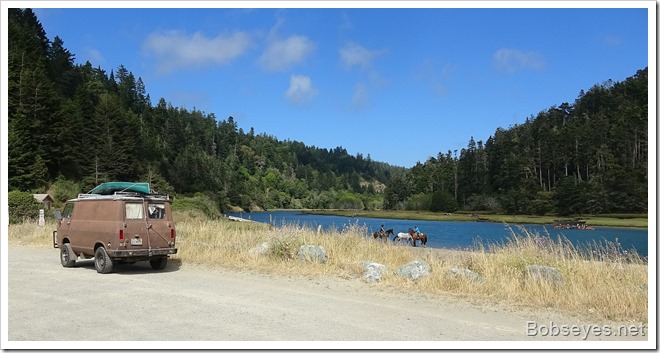 Around 5 I packed up and drove an hour or so to Marty’s cabin out in the woods near Boonville.

Here’s his cabin which he build some years ago. 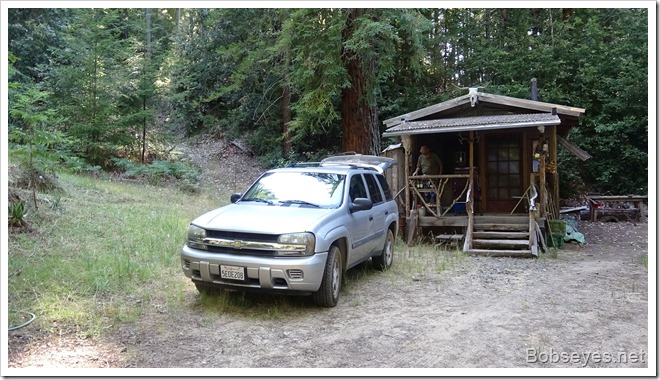 Here’s my camp spot near his cabin. 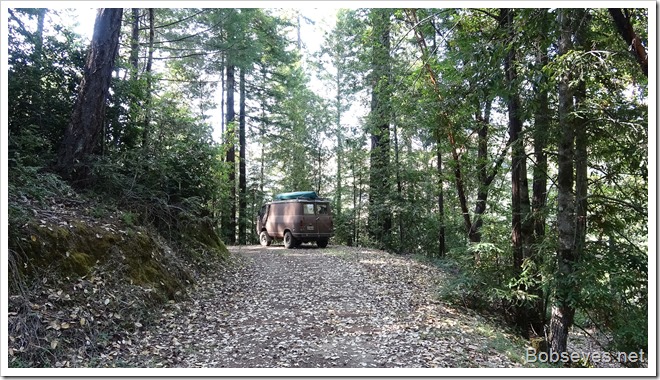 We shot the bull that night and the next day we hiked up the hill a bit on this road and cut some small trees off the road. 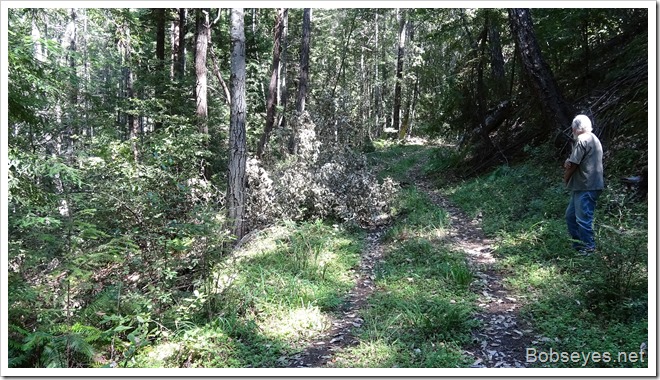 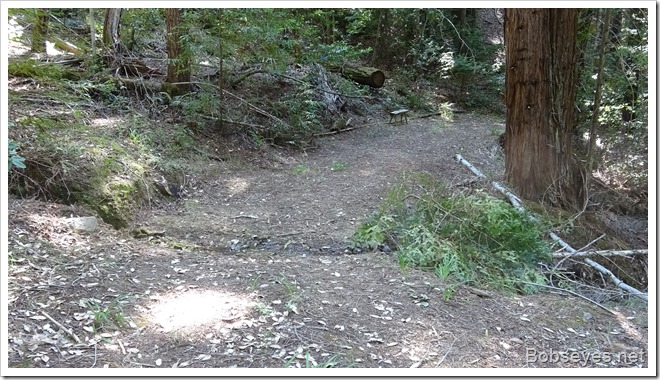 Walking back down the road to his cabin. 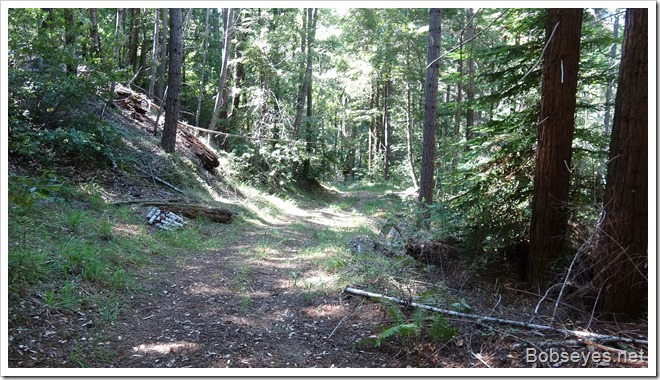 The next day Marty’s wife Patti showed up so we mostly took it easy and shot the bull  most of the day.

The next day Marty cleaned off the top of his van and put a coat of white paint on it. 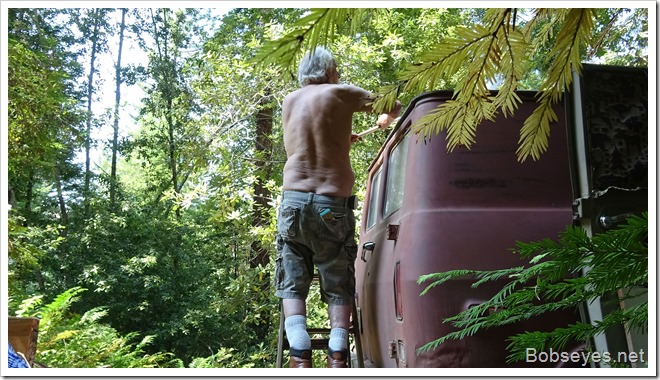 I left for home that evening to avoid all the holiday traffic, about a two hour drive.

I made it home safely and mostly  just rested up for a day or  two.