Meeting Day, Dirt Bike Rides, Weeding and Enjoying the Day With the Chickens

My brother Barry and I were to have a meeting with a real estate type guy at 1PM so I had some time to kill.

While sitting in one of  my chairs I noticed some weeds were getting a bit high in the front yard. The chickens aren’t doing their job, I might have to fire them. :O)

Anyway this spindle type weed machine does a good job on weeds. I fueled it up and worked weeds for about a half hour. 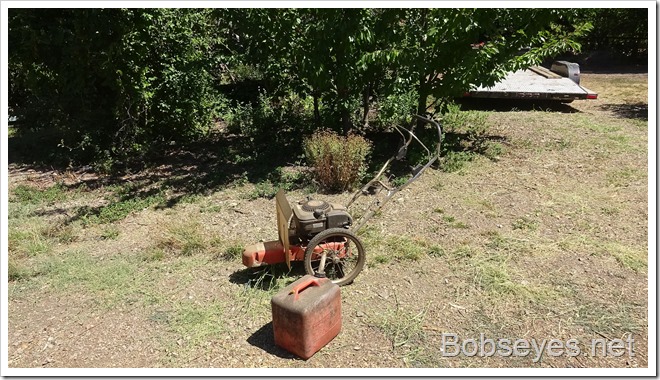 My brother showed up and went off on his dirt bike until  meeting time. 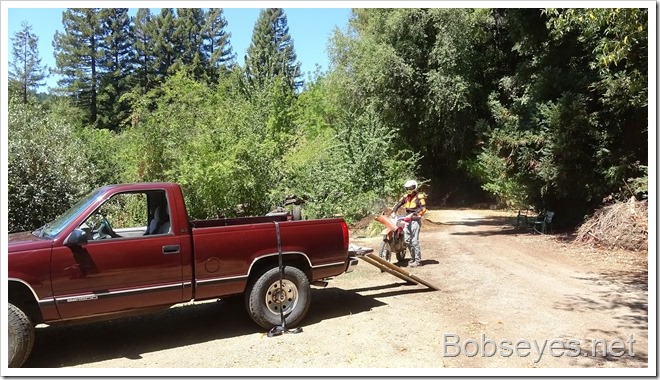 Barry returned from his ride just before the guy showed up, a little late.

So we sat here and exchanged information and we all learned some stuff. We chatted for about an hour and a half and he went on his way. 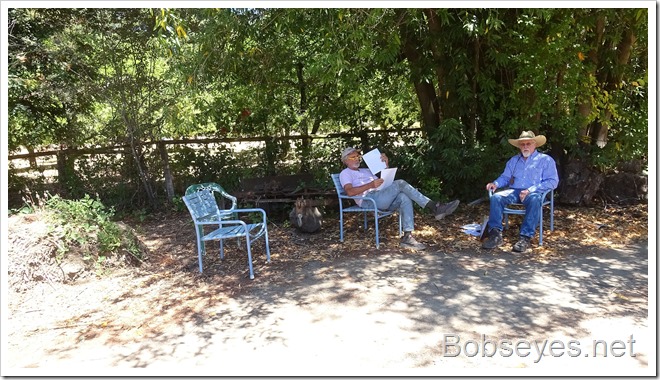 Let’s go have some fun

Barry said he was going for a little dirt bike ride and asked if I wanted to go. A bit of thought and why not, so I got my green bike out and got ready to go. 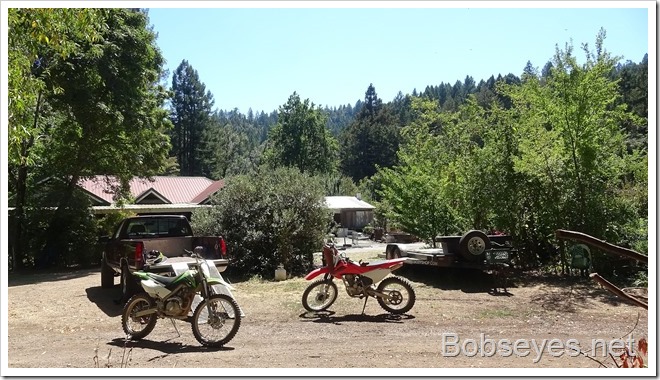 Barry’s a little  faster rider than I  so I let him go first and off we went on up into the redwood forest in the  hills.

We rode down this trail. 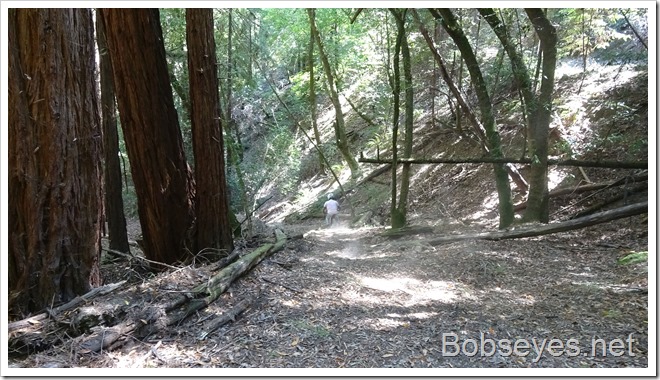 And on up this road heading for the top of the hills. 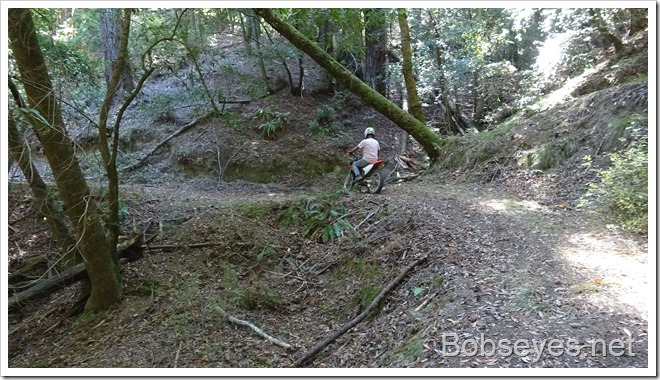 We turned around here and then rode on up to the what we call the Top of the World where we sat down for a break. 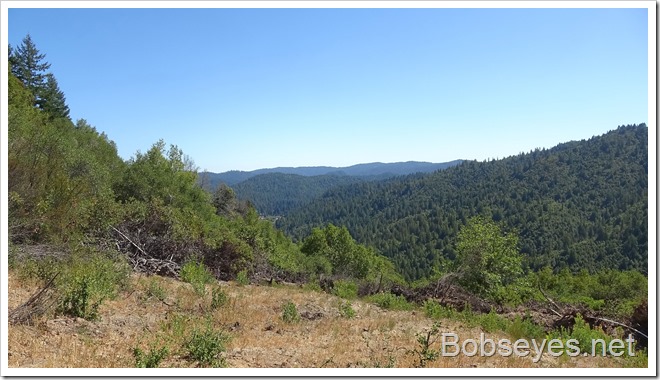 After that break Barry says let’s head for  home so we worked our way back down the hills where he went on home after discussing his gate installation he’s working on at his house.

My chickens wanted out into the front yard late in the day so I let them out. 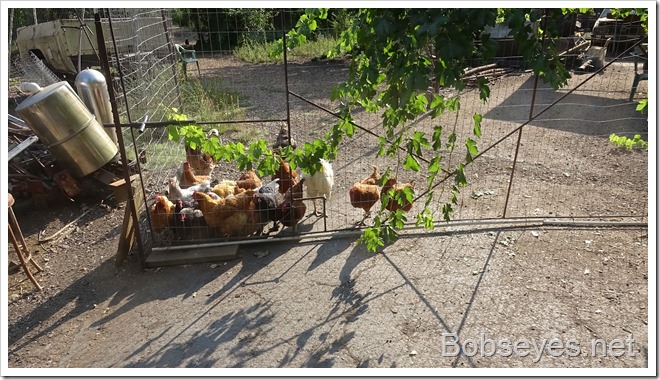 I was hopping the new chicks would get out with the mature ones more but as you can see these are all grown ups grazing away. 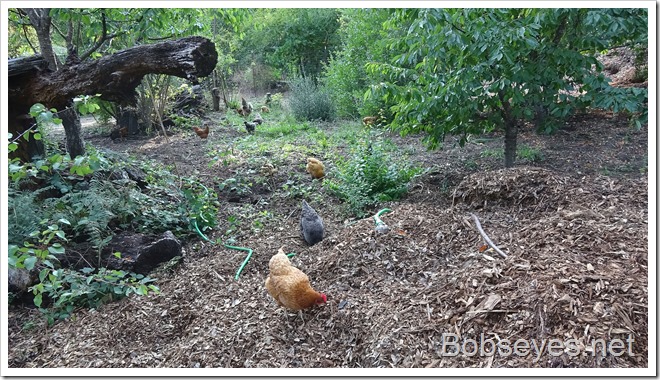 Most of the chicks are hanging out back near their pens, but at least they did get out a little so I hope they get braver and graze with the big guys soon. 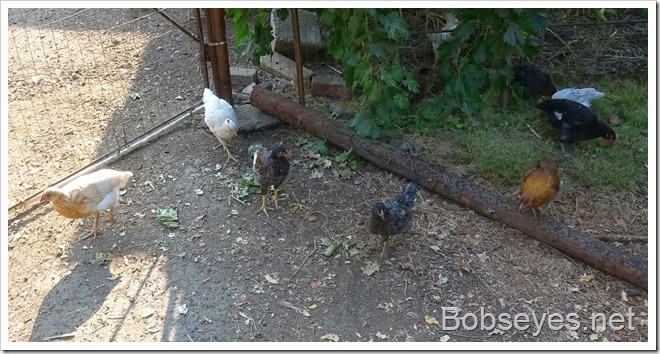 (Visited 148 times, 1 visits today)
This entry was posted in Uncategorized and tagged chickens and chicks, dirt bike ride in the forest, weeding. Bookmark the permalink.