My roosters are becoming roosters

I went out and checked their feed and water and they had plenty so I didn’t have to feed them.

I need a better way to catch them so I thought I’d try this coat hanger and make a hook like the guy on YouTube did. 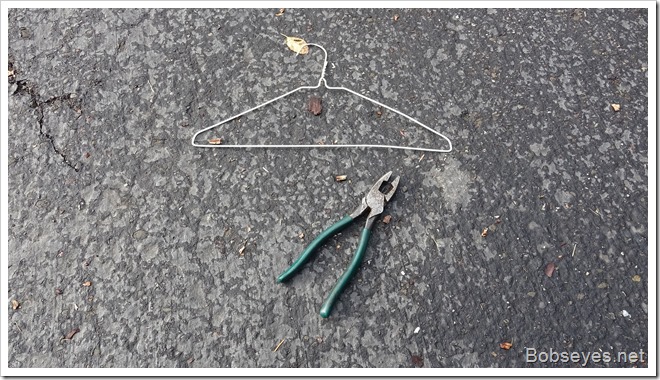 I made this leg hook out of the coat hanger and went out to try it out. 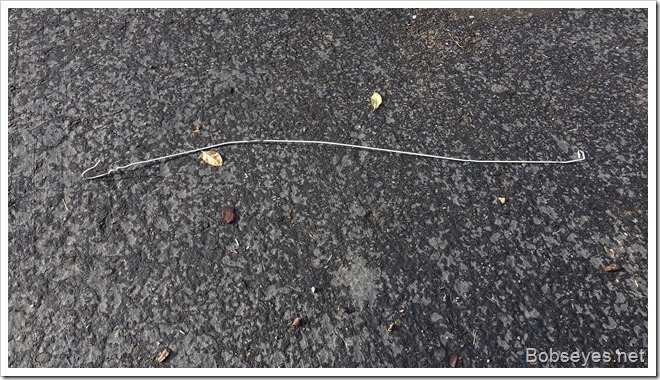 Practice with the hook

I wasn’t too good with it and had a hard time getting them hooked and missed a lot. It might be I need to remake the hook or maybe I just need more practice.

A bit of welding

I was looking at my welding area as I have a small welding project to complete but my back still isn’t up to par, but it is a bit better.

I knew if I welded these grow panels all up, my back wouldn’t like it at all so I decided to only weld for a half hour and only weld on the small side extension bars which will make the four inch sides I’m adding.

My back was complaining well before I got it done. I’ll weld the rest of the rebar on the sides at another time. 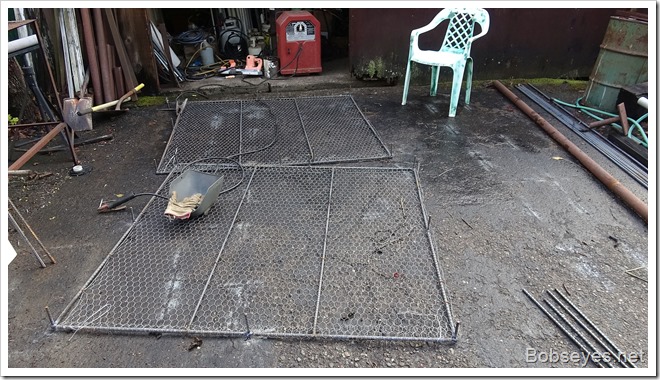 More to do after a rest

I’ve noticed I’m getting too much dirt on the floor of he main chicken pen so I needed to haul some of it out but that wouldn’t be easy with the chickens running around in there so I waited until late in the day when I let the chickens out to graze in the yard. 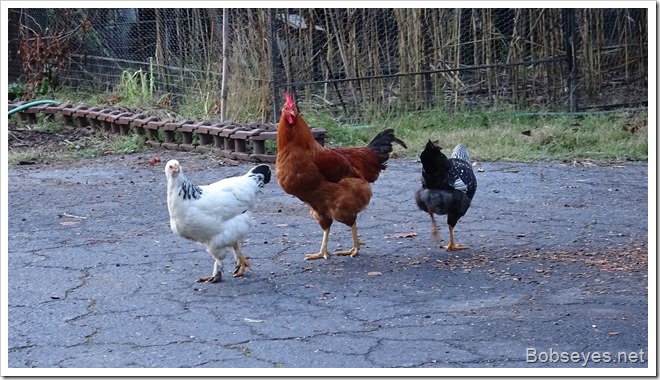 The dirt  has a lot of poop in it. I moved three wheelbarrows of it to the place I store garden dirt as this should make good fertilizer. 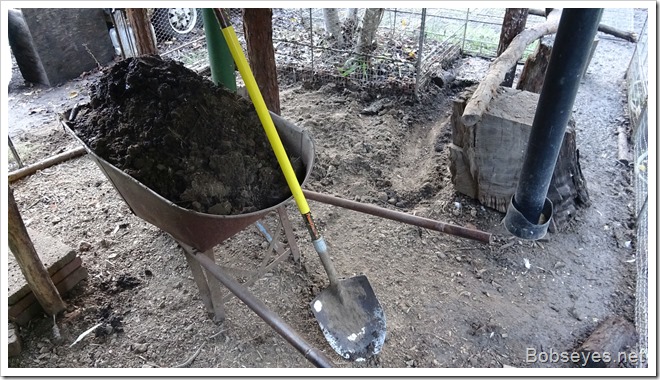 I was going to to put woodchips in where I removed the dirt but instead I decided to let them poop in it again then I’ll take some more out then maybe put in some wood chips.

The chickens were all out grazing away. I didn’t notice those two chickens on the left until later. 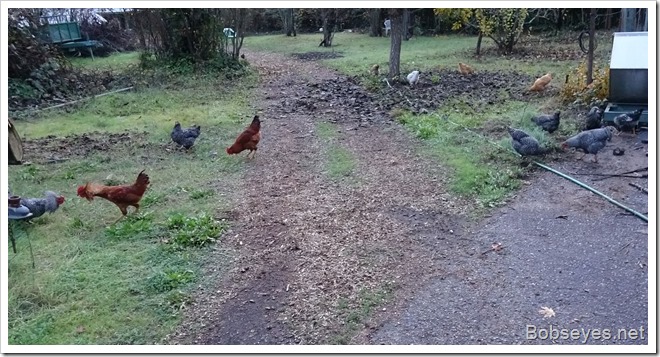 Like I said the roosters are starting to mature and feeling their oats. 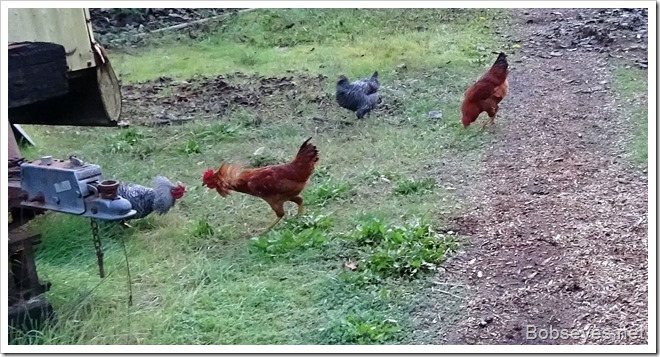 I was pretty wiped out by this time so I just chair hopped and keep an eye on the chickens until they went to their roost around 5.

That was my day it was rather nice out.