Marty came by with his old van around noon. He was going to change his injectors out for some older ones I had to test out if the ones he had were causing a problem he’d been having. The best way to test the injectors was to replace them to see if it cured the problem or not.

He pulled into here and we put a blanket over the window to help keep the sun out. 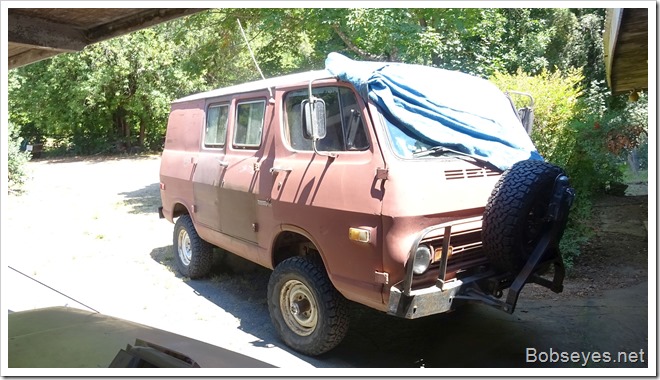 We shot the bull for awhile while we waited for the van’s engine to cool down then Marty got into it and started to work. 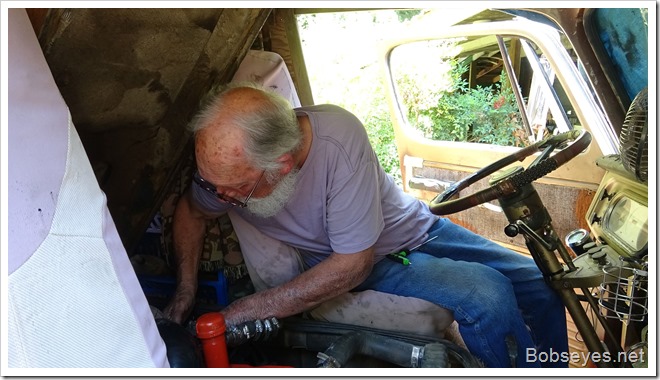 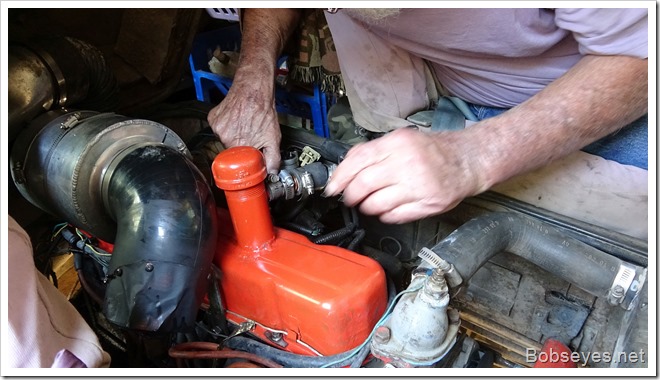 Marty had some troubles but after a few tries he got it all back together. I just gave him some technical support when he needed it which was a couple times.

It was touch and go there for awhile and we were wondering if he’d get it back together properly. He finally did and he got it started up. He’ll have to give it a good test drive when he gets a chance.

While he was working on the van I trimmed some plum trees back from some of my cherry trees. There was a huge plum crop this year which caused the plum trees to bend over and cover up the smaller cherry trees. 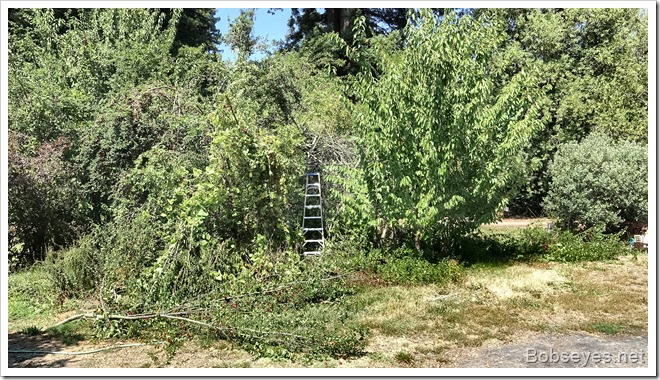 I made a big mess of brush that’s going to take some time to clean up, but not today. 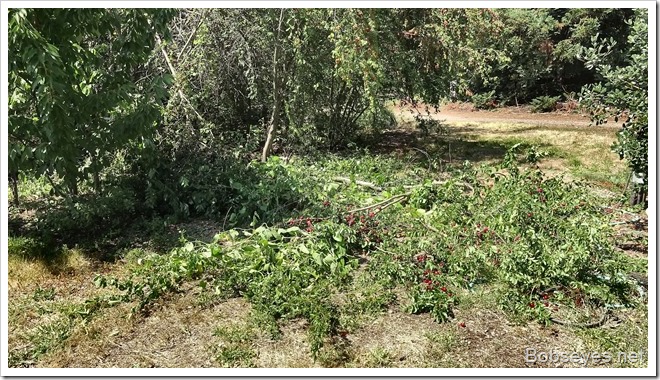 Marty was concerned he wouldn’t get done in time as he had a birthday party to go to at 5. It was getting close but he got it all working in time and took off for home around 4.

I spent the rest of the day chair hopping and doing a bit more trimming here and there and that was it today.