I got an email from Marty this morning saying he’d come by if I’d be home, so about an hour later he showed up in his jeep. 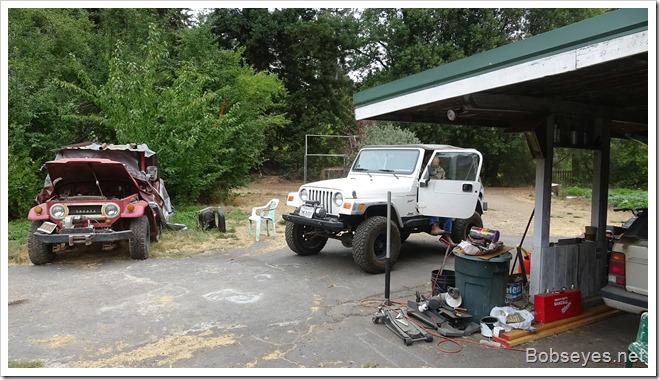 Sitting in the chicken pen

We spent most of the day sitting in the chicken pen with the chicks shooting the bull. 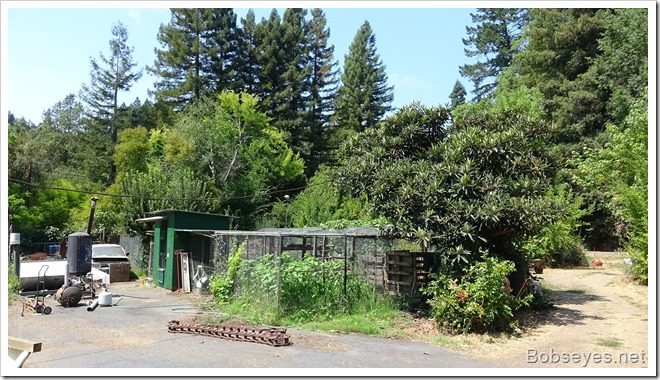 We did walk around the yard sampling fruit and berries. He especially liked the big black mulberries that were getting ripe.

He also took some of the ever bearing raspberry plants I’d dug out of the blueberry patch to plant in his yard.

Jeep ride up the hill

Later in the afternoon I suggested a ride up to the top of the ridge in his jeep, so we jumped into his jeep and took off up one of the roads to the top. 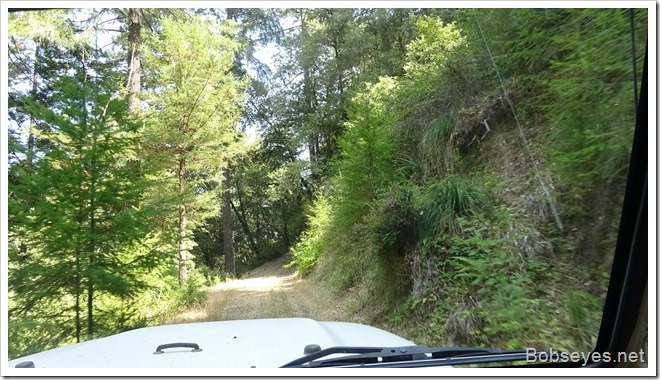 We stopped at the top for the view and a break here. 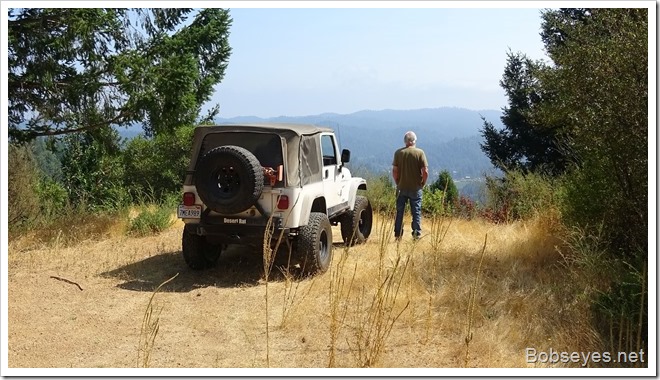 Looking down at the little town of Guerneville. A bit of smoke in the air but not as bad as most places. 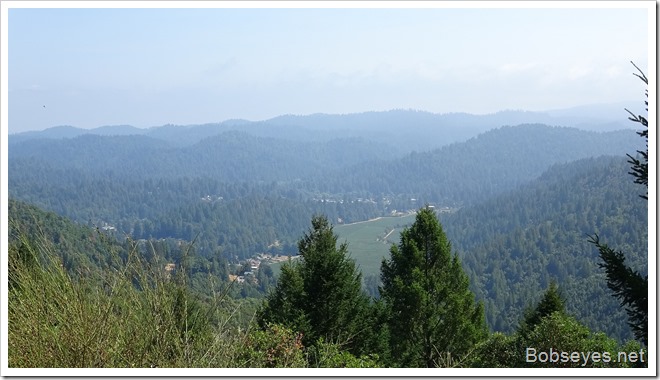 We then took some other roads back down the hill going through here. 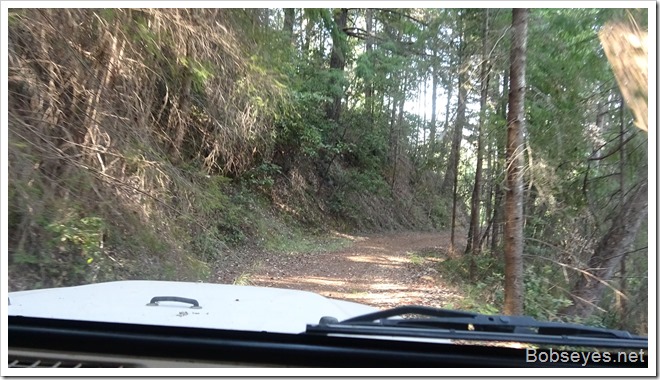 Eating mulberries while you can

Once we got back to my house Marty said he was  heading for home, but first he thought he should have some more mulberries while he could so we visited the mulberry tree and ate some berries.

He took off for home.

I still need to get them cooked.

I spent the rest of the day taking it easy chair hopping and just resting up from all the hard work I did moving dirt a few days ago. I find at my age it takes awhile to recover from such exertions, a lot longer than it used to take.

That was it for another day, nice one, not much work.