Around 11 Marty showed up in his old van like mine. 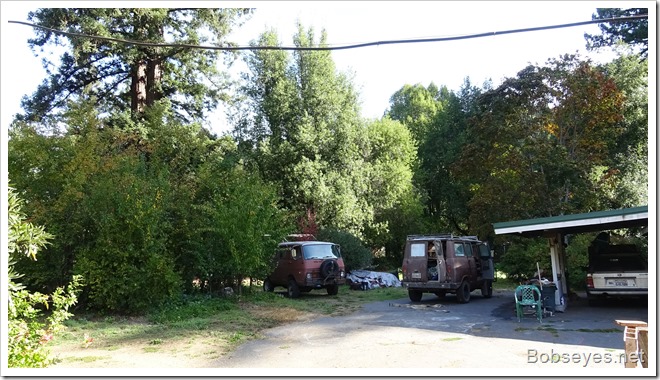 He brought over his two computers that are both having problems so we set up under the carport and started working on one of them. Pictures wouldn’t save and programs wouldn’t load. After a few hours working on it I could see windows needed to be installed again to repair some stuff broken in it so we started the install which was going to take a while.

We walked around the yard several times during the process.

I tended to the chickens

Here’s my youngest chicks coming over to see if I have any goodies for them. 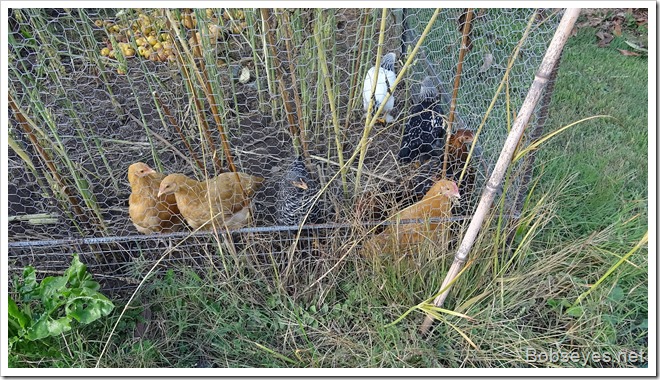 And here’s some of my older chickens about a month older than the younger ones. 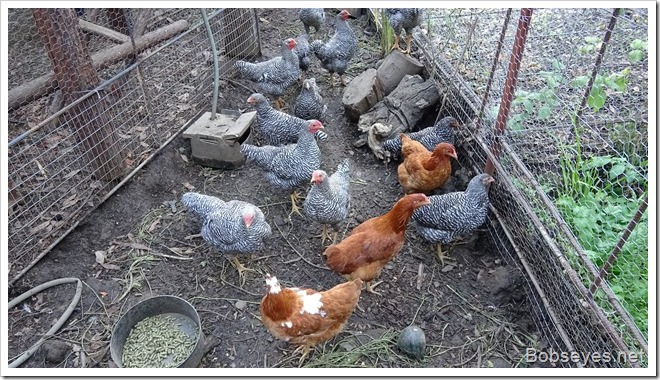 This is Carmelo, he’s likely to end up my rooster as he is the only one of this type. He’s starting to fill out and so far seems like a fairly mellow guy. 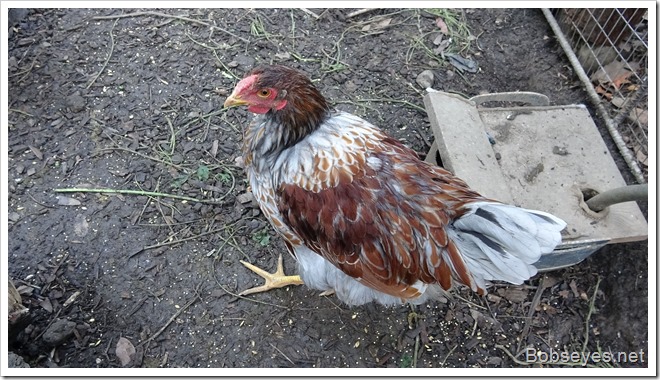 Marty decided to leave his computer as it was still working on reloading Windows so he took off late in the day and by then I needed a nap so I went in for one.

I never did get it going the rest of the day so after my nap I just chair hopped around the yard.

Once Windows was finished setting itself up I tried to install a program that wouldn’t install before and it all worked so I think that computer is fixed.

I’ll work on the other one later tonight but it’s looks like it may have some defective USB ports that may  not be able to be fixed but I need to check it out.

That was my day for a nice one as I don’t mind working on computers as I treat them like a game.

(Visited 207 times, 1 visits today)
This entry was posted in Uncategorized and tagged chickens. Bookmark the permalink.