Marty and I Take Off On Our Camping Trip, Day 1and 2

We left about 10:30 and met on the road to take off on our trip. After traveling about two hours we pulled over here in a wild bird refuse just past Williams CA. for a break. 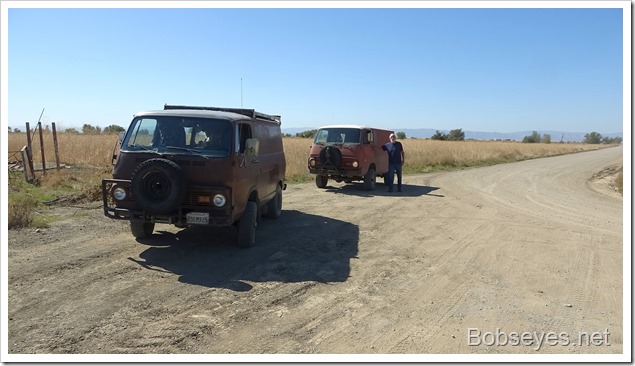 We planned to  make  our first night’s camp near Downieville CA., so we continued on to Downieville. I was  headed to my uncle’s old mining claim on some narrow dirt roads just outside of Downieville. I didn’t remember exactly where his claim was or just how bad these narrow roads were if you met another rig. 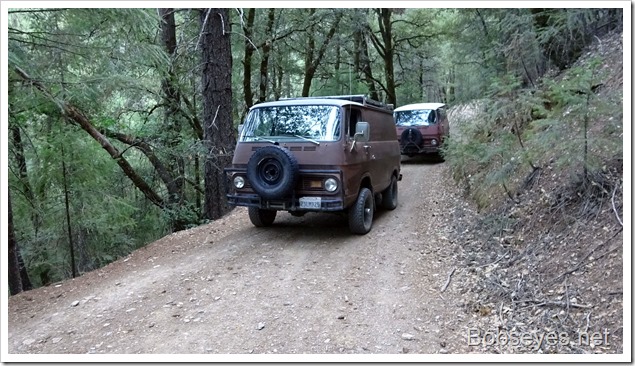 We traveled the narrow dirt roads making a couple wrong turns and weren’t real sure where we were when we stopped here to walk down this road to check it out a ways. It was getting late in the day so we wanted to make camp and it didn’t need to be at my uncle’s old place. We drove down this road about 200 feet and stopped to camp for the night on the road. 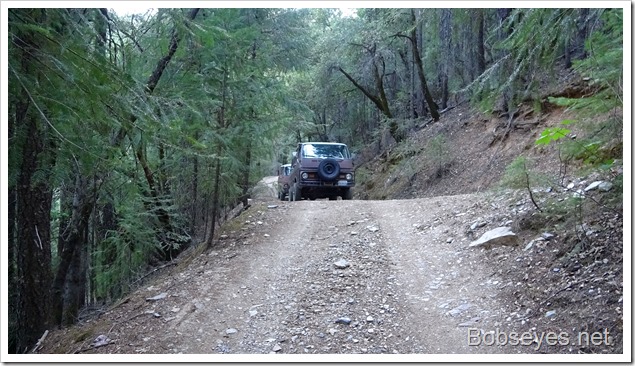 This was the first place we found to turn around on the road and figured it will work for the night as not too many people travel these roads. 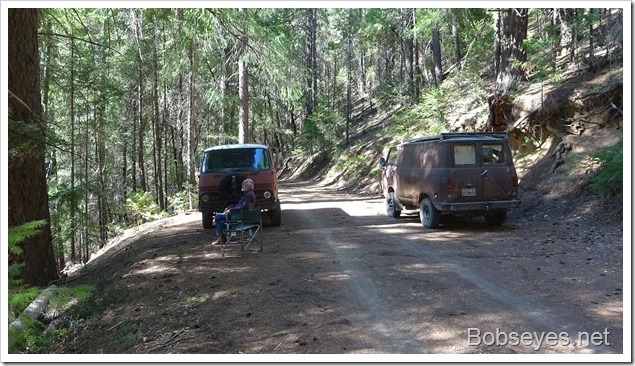 We were sitting there on the road in our chairs when a guy in a Jeep drove up so I waved him down to talk as I wanted to know where exactly we were. It turned out we were on the right road and he was headed to his claim which was near my uncle’s old claim. I say old claim as he has passed on.

We also asked about getting gas in Downieville, but there no longer is a gas place there so he told us where the next gas place was up the road where we were going. We had plenty of gas but while out exploring one needs to keep the tanks as full as possible, just in case.

Anyway we spent a good night there and the next day  we headed out down that one line road hoping we wouldn’t run into another rig. We didn’t and continued on our trip to get gas.

Well, that place was out of gas and wouldn’t get any for two days so we inquired about the next place that was about 20 mile up the road near where we were heading.

They had gas here and we didn’t mind waiting our turn. 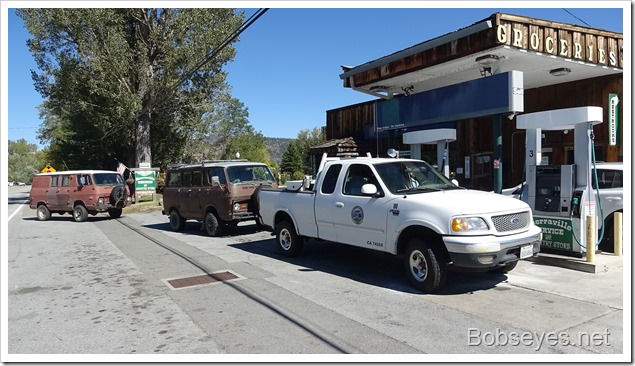 Now we were set to head for our day 2 camp spot at Last Chance Creek, about an hour north of the place we got gas, Sierraville CA.

This is the big valley we traveled north on after getting gas. 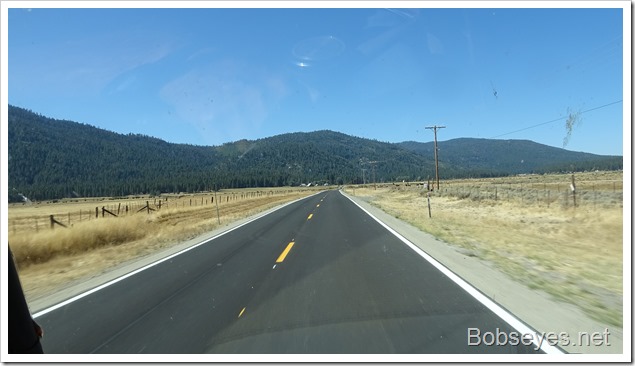 There were some big cattle ranches out here. 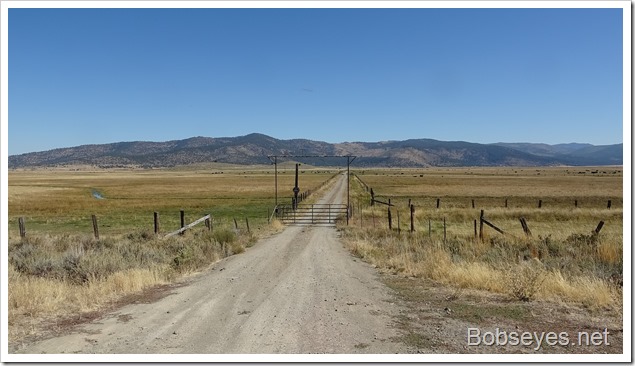 My GPS was acting up so we stopped here to fix that and look at our maps as we weren’t exactly sure where exactly we were going, except it was at Last Chance Creek in the forest. 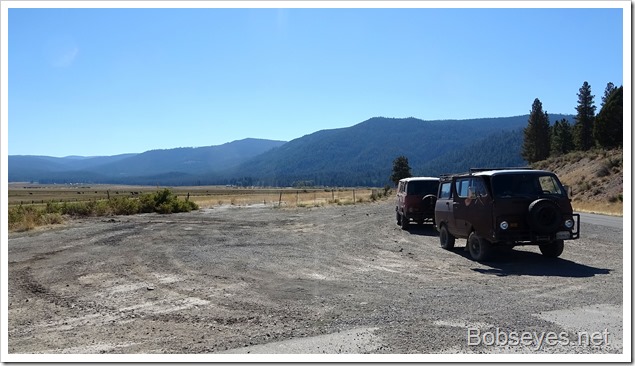 We continued up the valley. 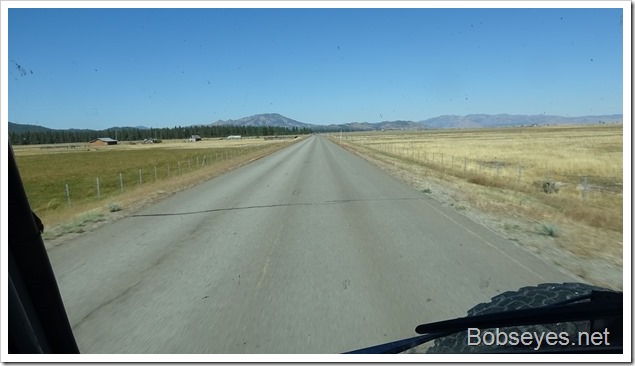 And eventually left the valley and  headed into the forest. 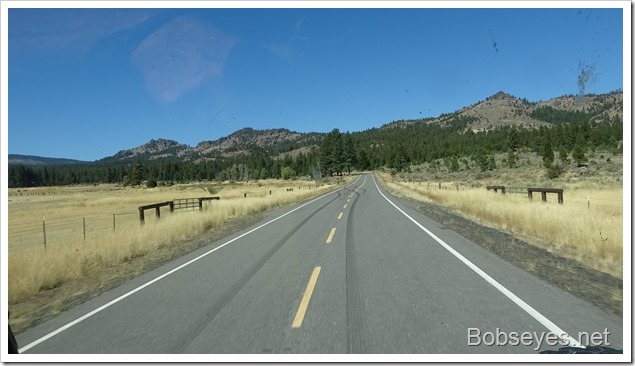 We arrived at the creek and now had to locate a place to camp so we tried several side roads that we though might take us down to the creek.

This road dead ended so we turned around and went to a spot we’d checked out earlier and thought would work for camp 2. 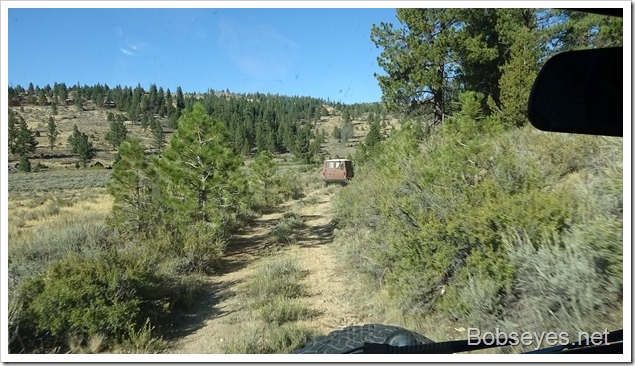 This camp spot on the creek was just about perfect. We set up camp and sat down for a break. 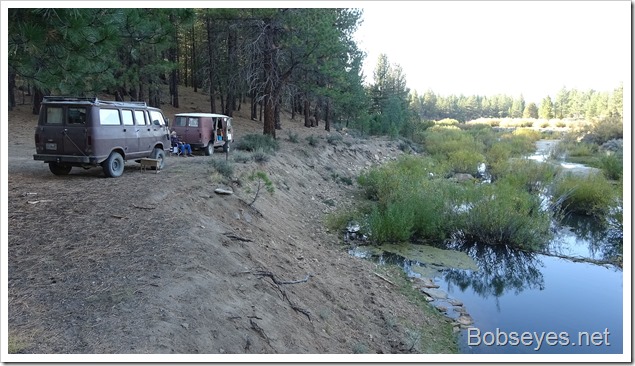 There’s a big beaver pond right in front of us. Marty put out a crawfish trap here to see if we can catch any of the little critters. 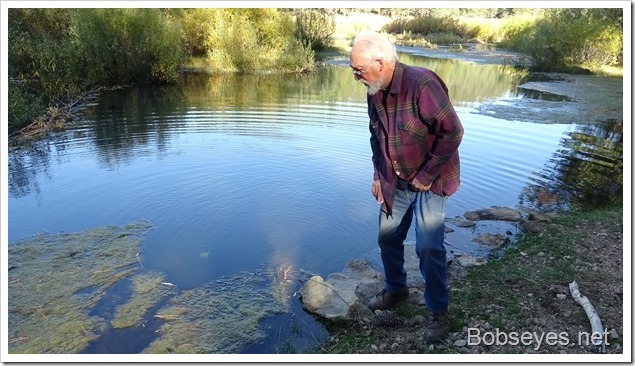 And a trail cam

Marty also put out a trail cam pointing out on the water to see if we can catch any beaver at night. 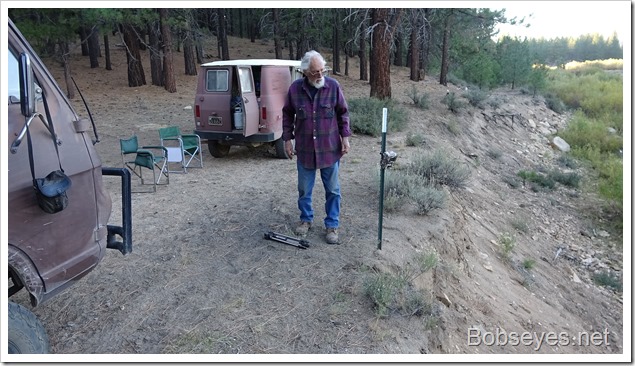 We plan to spend a day or two on this creek exploring it, looking around a bit and likely changing camp spots.

2 Responses to Marty and I Take Off On Our Camping Trip, Day 1and 2