Marty and I Adventure to Troy Oregon, Traveling Days

I drove on over to Marty’s house which is on the way and got there about 9:30 or so to leave on our trip as it’s a long ways to the north eastern part of Oregon where Troy is located on the Grand Rhone River. 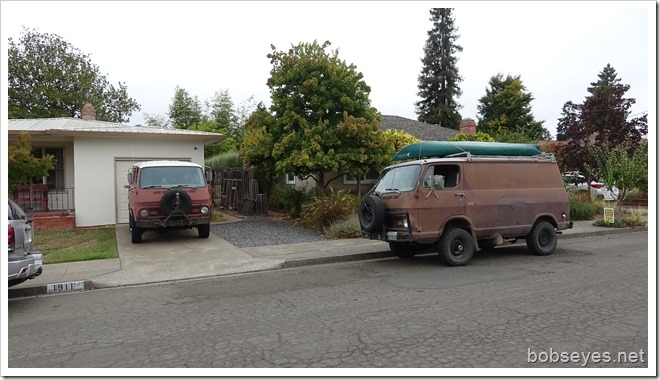 We were going to Winnemucca, Nevada and then on up 95 towards Troy.

We decided to start off the trip taking the longer way but easier drive and off we went about 10:30.

Both vans were running pretty good. I know some short cuts so we took them when we could and stopped for a break in this wildlife refuge. 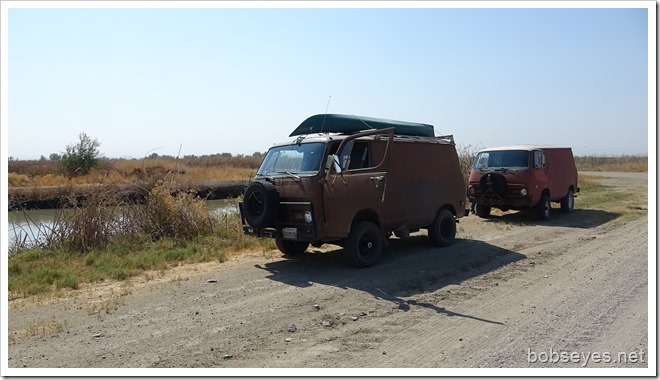 After a good break we got back on the road and took this shortcut by Beale Air Base and stopped  here for another break for a bit. 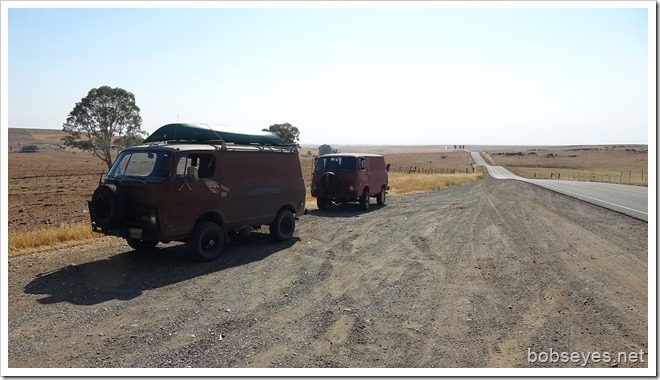 Our first destination was here near where highway 20 meets highway 80 at this power company helicopter loading area where we had something to eat and a good break before getting back on the road and then things went to hell. 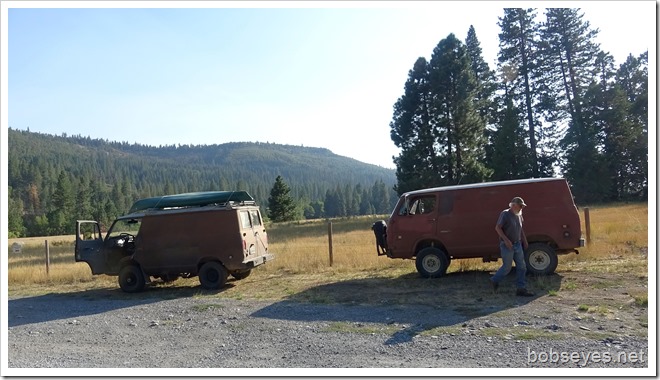 Here is where we parked for that break. Nice and peaceful. 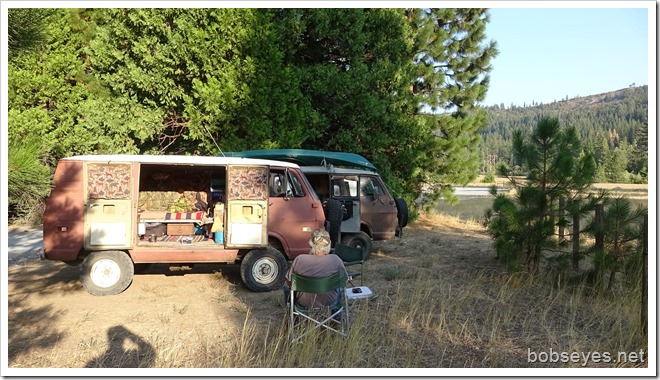 We got back on the road and were heading down 80 to Truckee when both lanes came to a crawl for several hours.

We’d hoped to get to our camp before dark but not now. It got dark on us as we crawled along with a zillion other cars and trucks.

It turned out a work crew had set up a merge that wasn’t working where it looked like they were going to work during the night. And to boot, no one was working yet, so it was a real waste. That merge line was so long it must of lasted most of the night or  maybe longer.

It was good to get through it and now we still had a few more hours to drive in the dark to our camp.

We were pretty beat by now but we made it to this spot on a power line maintenance road.

Here we are in the morning just about take off for the day. 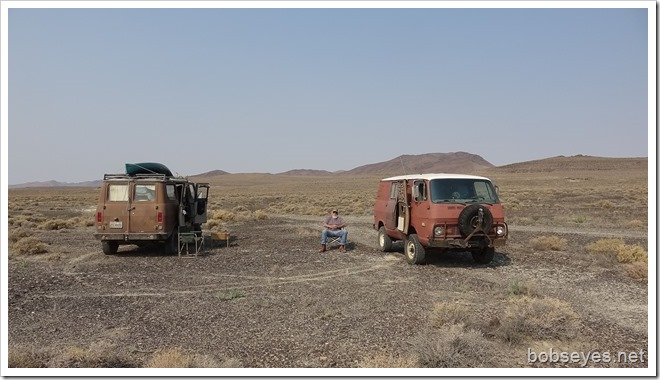 We made it to Winnemucca and gassed up and headed  north on highway 95. We stopped here for a break just over the border going into Oregon from Nevada. 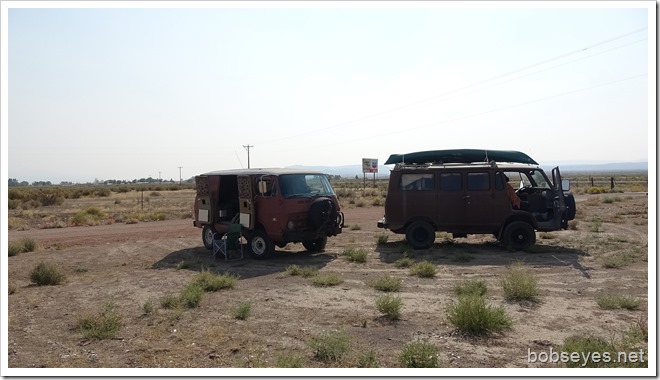 Needed to find  a camp spot for the night early

We didn’t want to drive as long as we had to yesterday so we needed to figure out where we could camp for the night. After some thought I suggest Antelope Reservoir still a couple hours up the road and I wasn’t really sure exactly where.

As it turned out it was in just about the right spot as we were ready to quit for the day. We got to camp around 4 so we were able to have a nice break.

We decided to camp here just over the water for a view. 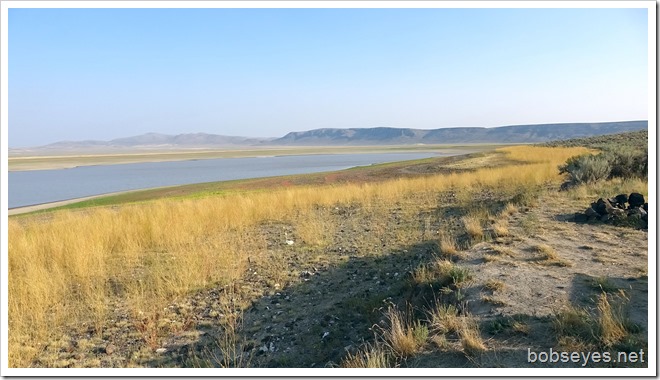 Camped for the night, resting up. 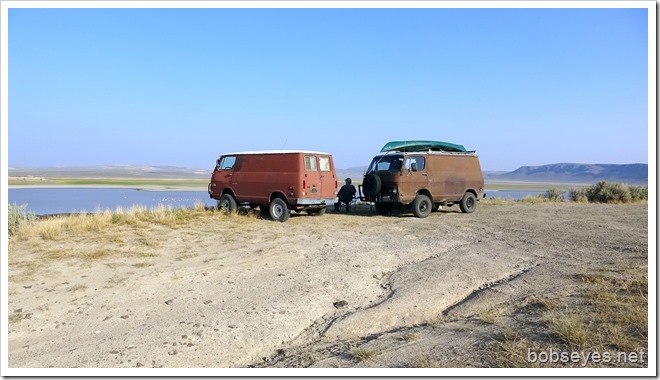 At first we thought these were deer but they turned out to be geese resting for the day. 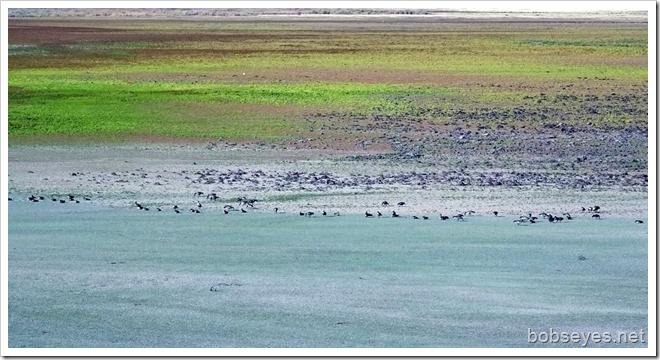 Yep, they are resting alright. 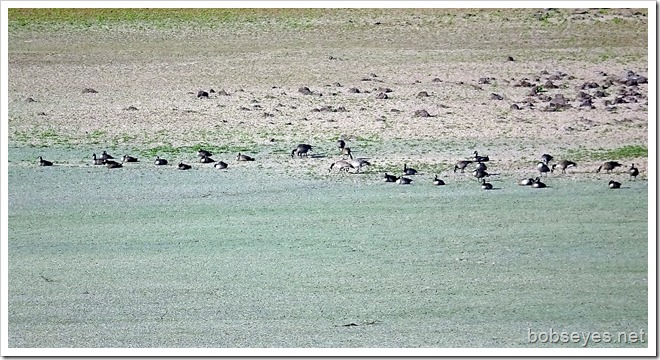 There were also several groups of white pelicans on the water. 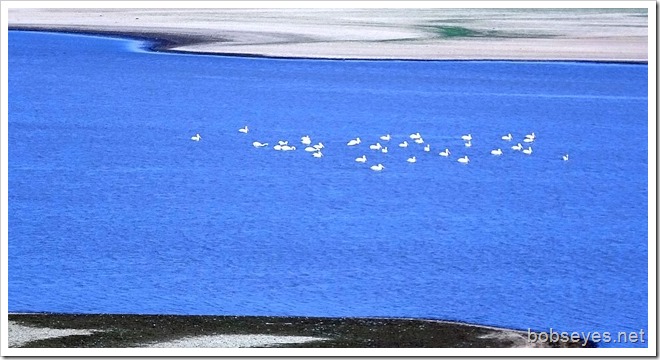 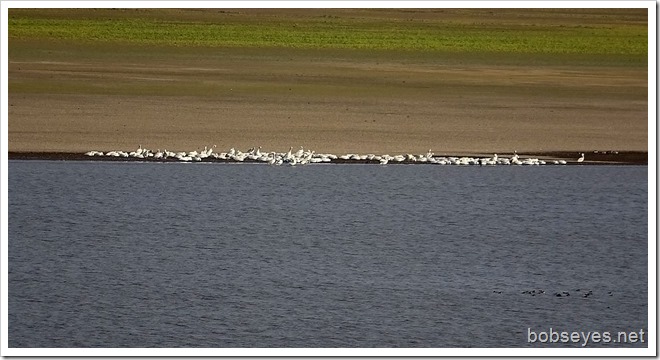 Marty says what are those two white things that we couldn’t see this good, so I put the camera on them with a bit of zoom. 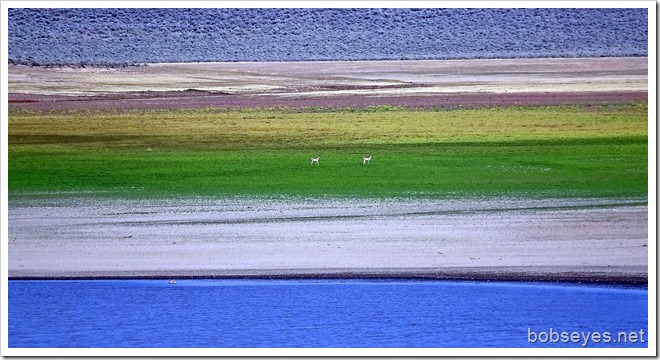 Guess what, antelope at Antelope Reservoir. They soon disappeared. 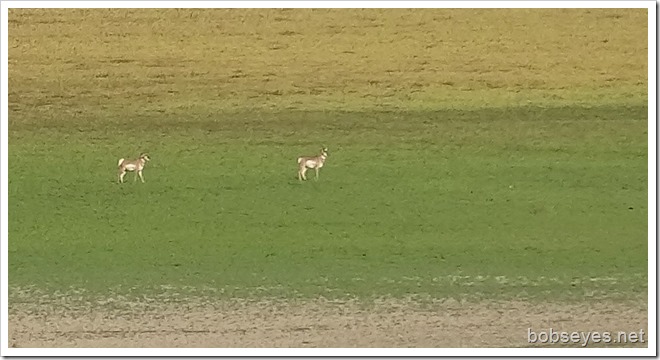 Night over the water

Tonight’s moon came up over the water just before we retired to our van’s for the night. 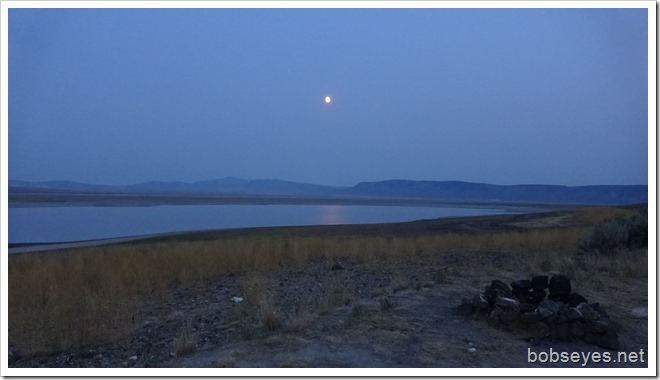 Well yes I still am having a problem with it. Most of the time it dies it restarts quickly on it’s own. But occasionally it doesn’t restart. I’ve learned when this happens I just turn the key off and back on which restarts the fuel pump right away and the engine starts up quickly.

So I’m pretty sure it needs a new electric fuel pump which I have and will install when we are at Troy as long as it keeps working for now.

Tomorrow we will continue our journey to Troy which should take most of the day.

I plan to post this on the way when we can get a cell signal.

2 Responses to Marty and I Adventure to Troy Oregon, Traveling Days