Making the Most of a Cold Day

When I went out to care for the chickens this morning it was cold and windy so I figured it would be an in the house day.

I went back in the house and ate and then took a nap.

When I looked out the window after a bit of a nap I could see the sun had come out so I got up and went out to see if it had warmed up a bit.

Well with a warm shirt on it wasn’t too bad so I got out some loppers and did a bit of pruning on these fruit trees. I just trimmed a few low hanging branches. 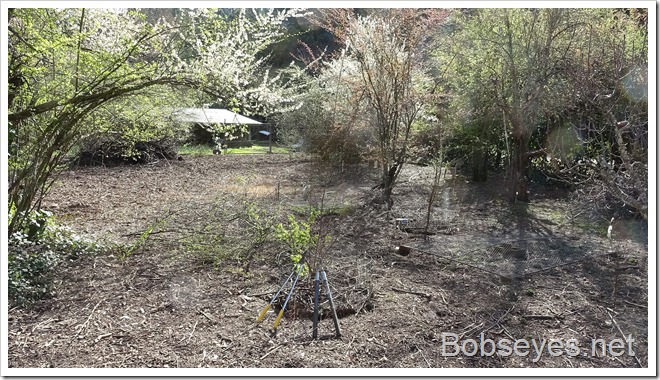 After that I sat down in this spot and enjoyed the day for awhile. 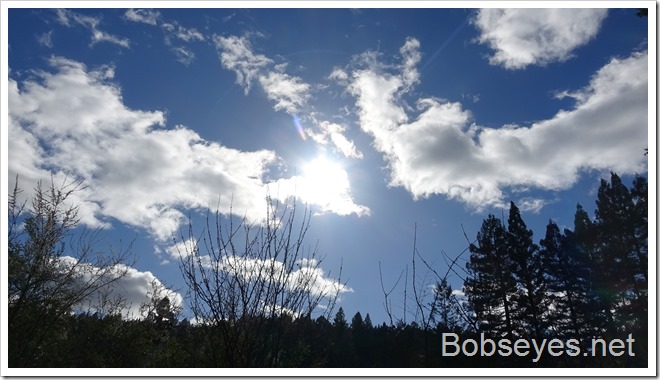 Behind me I noticed these Perry Winkles were in bloom. 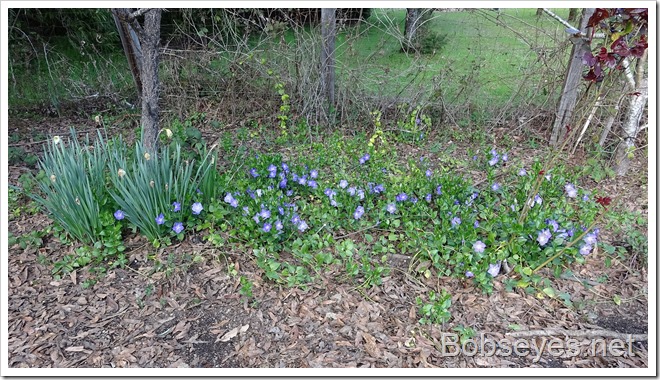 After a bit I got a shovel and dug up these unwanted blackberry vines. The chickens don’t like them much and avoid them just as I do. 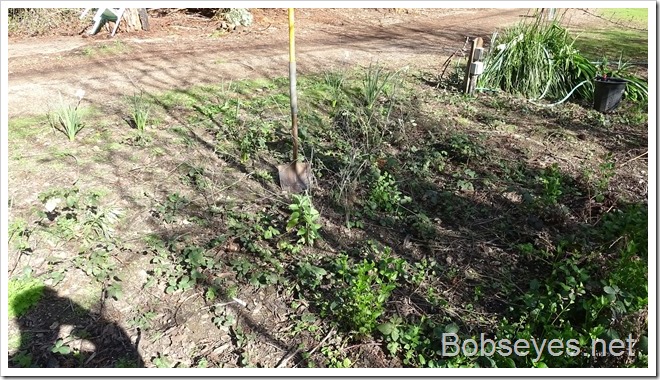 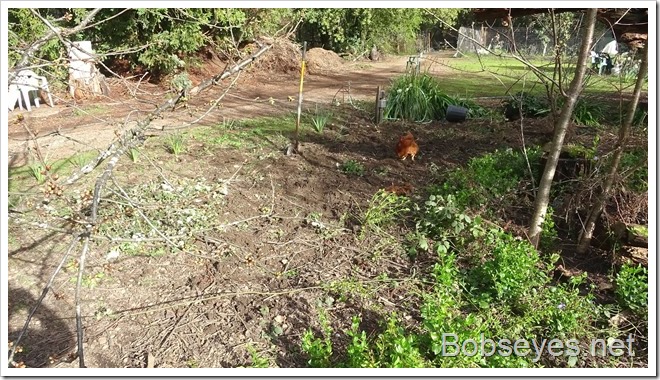 Around five with the sun low in the sky I let the chickens out into the front yard to graze. 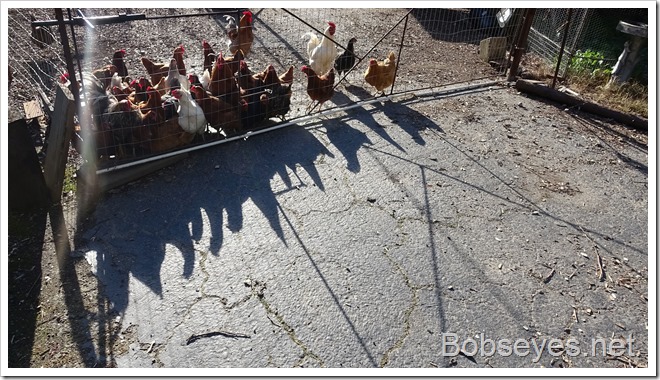 I always like watching them run out to graze. 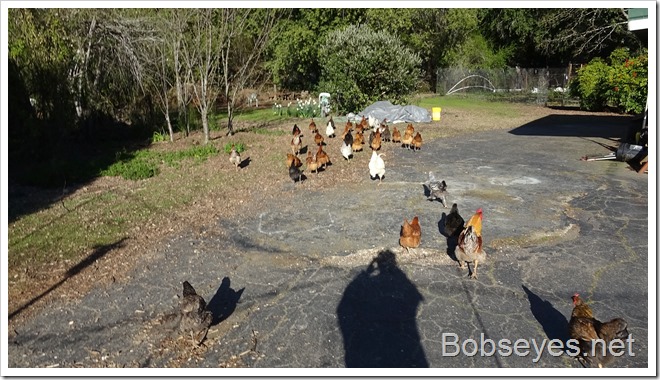 I followed them over to the carrot patch, when my brother Tom went by and said it was going to frost tonight and I better cover up the citrus trees better, the white thing on the right. 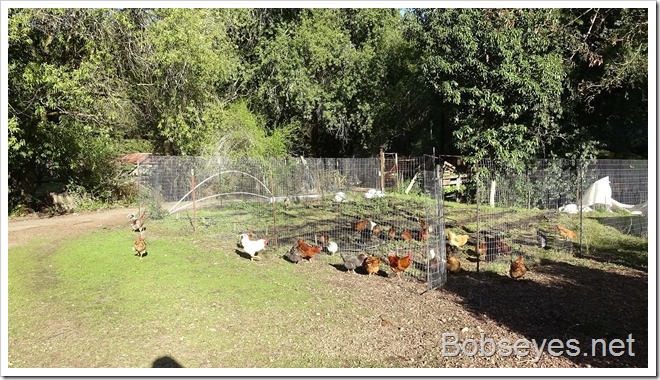 The wind had blown the cover around a bit so I fixed it up a bit, but. 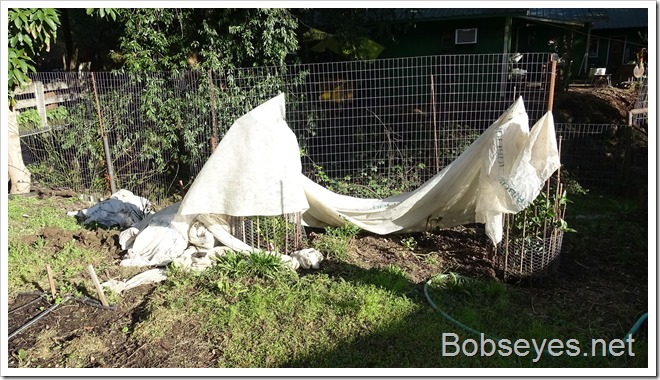 That’s not going to work

Once I had it fixed up and looked at it, I could see the wind was going to blow it off again, so. 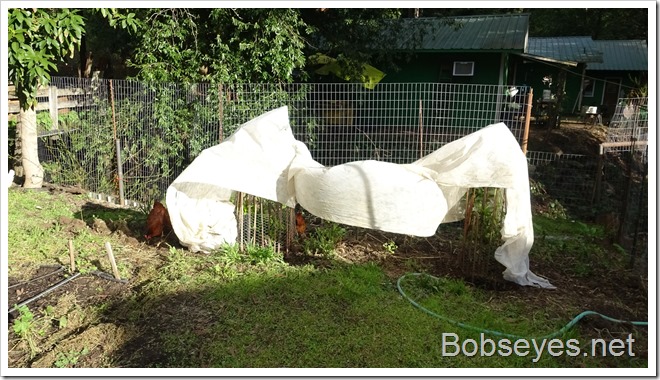 I rounded up some metal stakes to make a better cover for the two citrus trees. 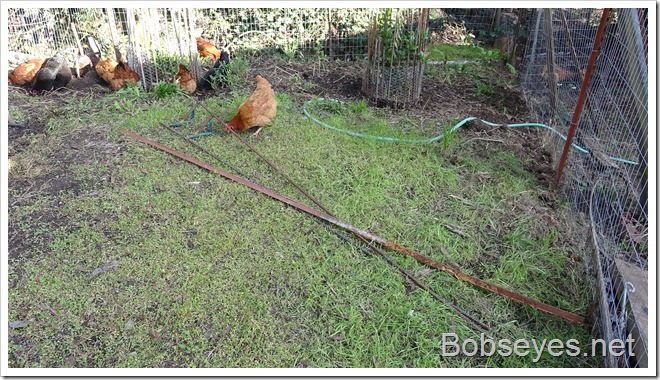 I used some of the white stuff I used to use on my blueberries until I made a better metal fence for the blueberries so this wasn’t needed anymore and was better than what I had. 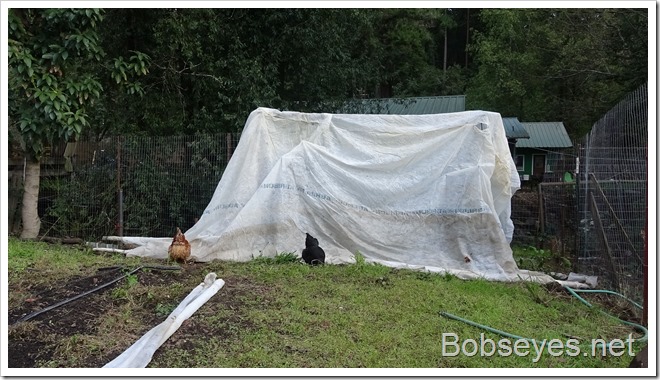 The sun  had gone behind the mountains to my west a bit before I got that done so now the day was cooling down so I went in the house for the day and that was that.

The day turned out to be better than I thought it was going to be.

2 Responses to Making the Most of a Cold Day