Making Bread Dough, Fixing the Fuel Tank and Puttering Around

It was raining lightly when I woke this morning so I stayed in bed for an extra hour. When I made it to the main house I found Dan prepping the walls in the kitchen to install some kitchen cabinets. Most every one here is an early riser except me, which fortunately for me is ok with them. Mostly they go to bed earlier than I. I have to stay up to after midnight to use their internet which is non metered from midnight to eight in the morning. 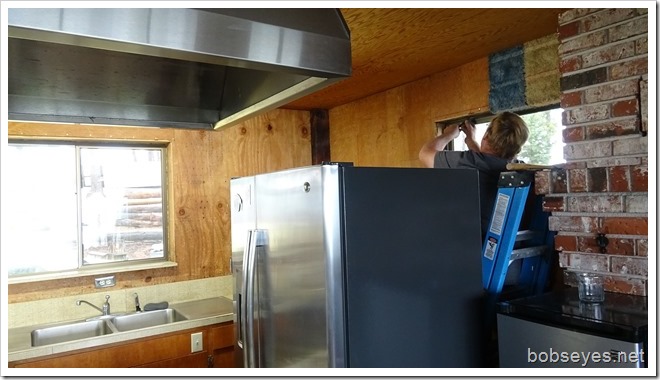 Dan said to get the bread dough ready to go, so I made up a batch of dough for bread. 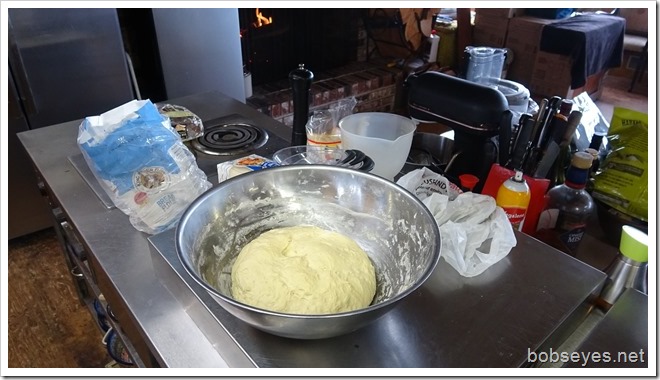 After making the dough, I put it to rise. Once Dan was finished prepping for the cabinets we both went outside as the rain stopped except for a light mist.

Fixing up the gas tank

We checked the bottom of the gas tank for debris and water, but found it clean.

We put Recto seal also known by plumbers as yellow snot on all the fittings and put the filter and meter and hoses back together to seal it all up. All the fitting were leaking when we got here.

Looks good and shouldn’t leak when they put some gas in it. 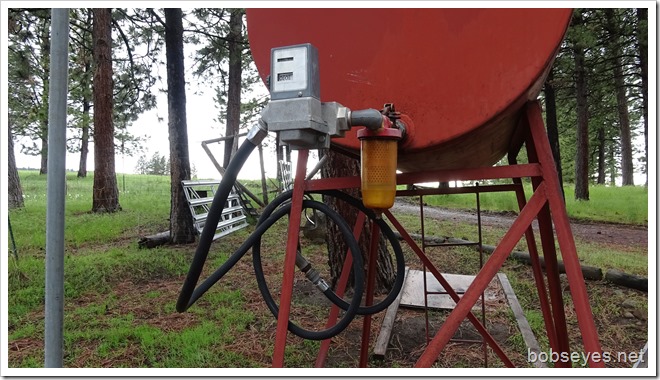 Dan and I spent the rest of the day puttering around and enjoying the day.

Deer at the salt lick

Toward evening the deer came down to the salt lick. They were watching something off to the right that I couldn’t see right away. 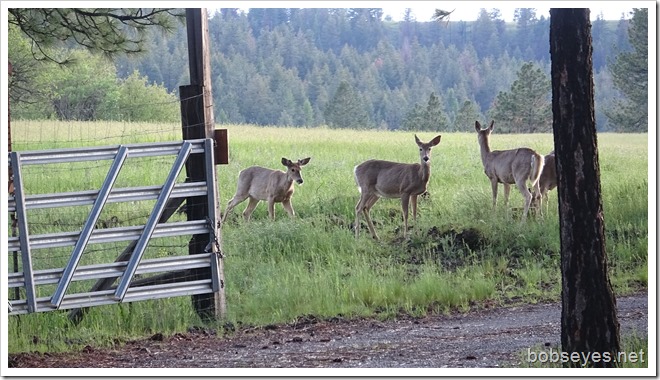 Some elk show up

What they were watching was the elk coming into the field which soon showed up. 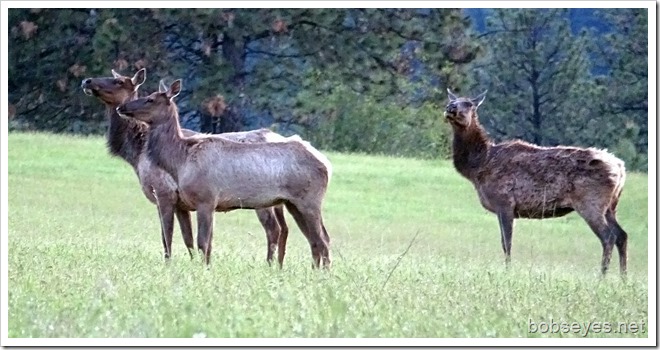 Breads not working out

We wanted to bake the bread before going to bed, but it didn’t rise fast enough so Dan punched the dough down and put it back in the pan to hopefully rise through the night and be ready to bake in the morning, maybe. I make my yeast from flour and water as store bought sometimes is grown on corn and not safe for me. It’s a simple process to make yeast, but sometimes I don’t let it mature enough before using it, but that’s all part of the game of bread making.

We are expecting rain showers maybe with some snow showers for the next week or so which means another blanket on the bed in the van.

We had a fairly relaxing day for a nice one.