After taking care of the chickens needs I fastened the tool I’d use today on the front of the dirt bike with a couple bungee cords.

I rode on up into the hills where the spring was and parked here. 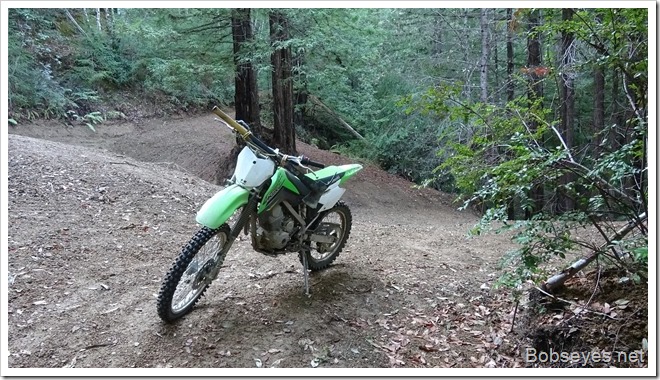 Here’s  my favorite trial tool. It’s called a Pulaski and has a digging tool and an axe. It’ used to cut dirt and rocks and roots. The axe is strong and is used to cut soft rock too, not just roots. It’s light enough to be able to work it a long time as compared to tools like heavy picks. 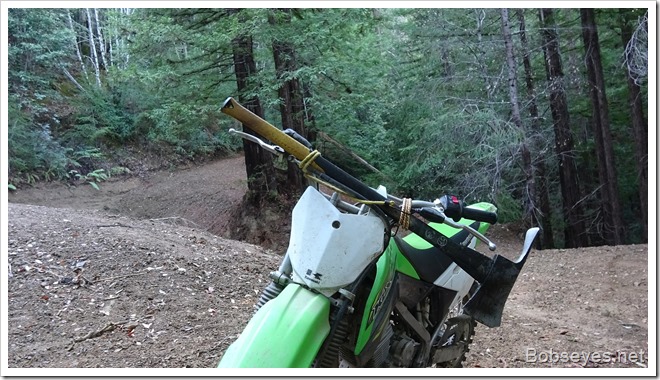 I disconnected the water line so I could move the pipe around before burying it on the trail which is my ditch. Of course a drink of good spring water was in order. 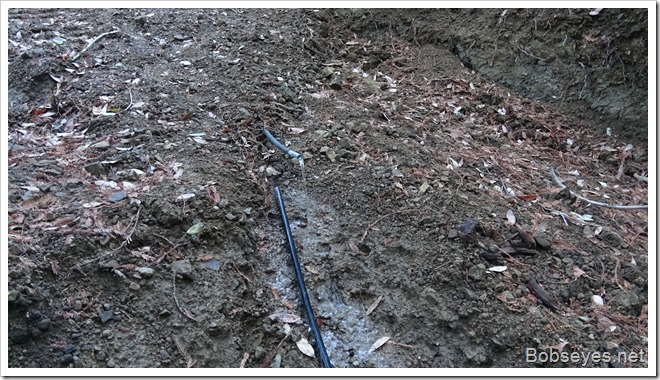 I basically cut a small trail to be used as a ditch for the spring water pipe going down the hill to our water tanks way down the hill. 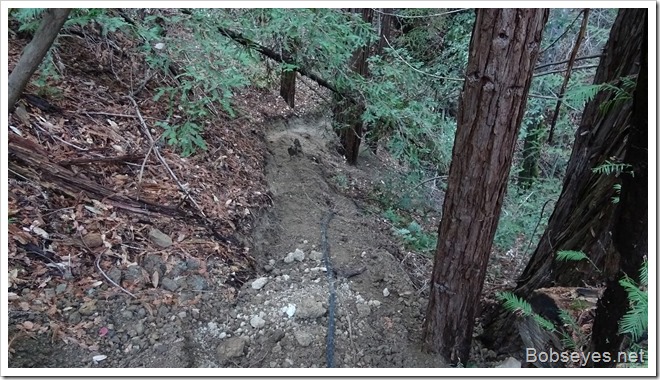 Then I put the pipe on the trail and pulled some dirt down on top of it. Since it is on a hill I only have to rake the dirt from the upper side which I started to do here.  Doing it this way will make a fine trail to inspect the water lines when need be. There’s also enough mulch stuff around to cover the work up once I’m done. 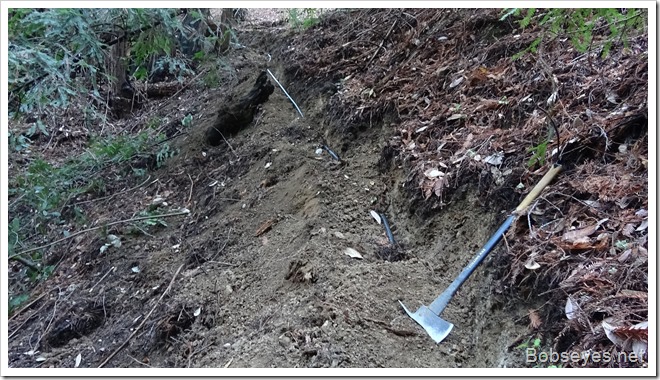 I’ve got about a hundred feet so far, but I only got this far, so far, as  my older body can’t do what it used to do. I have a lot more to do. 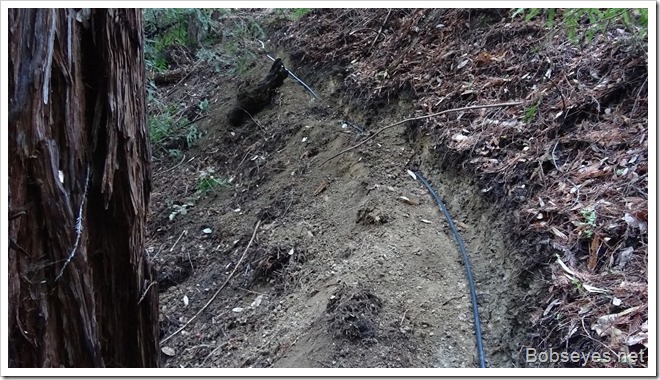 After a few hours of that I headed back down to my house which was about an hour before it got dark.

After a good break I went out to put the chickens away for the night.

Here’s the big birds roost. They get a light to make the daylight longer to try and improve the egg production as not enough light is supposed to slow down the egg production. They are also molting so I’m not sure the extra light will help out so it’s a sorta test. 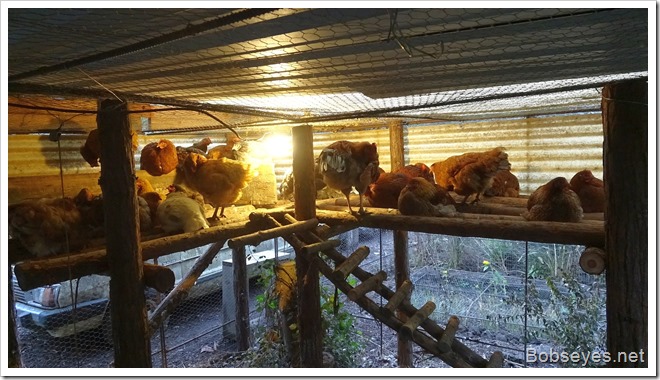 So far it does look like my 25 laying hens are giving  me 4 eggs instead of the 1 or 2 eggs I was getting. I’ve only had the lights on them for less then a week so we’ll see if things improve with time or not.

Here’s the roost of the younger birds. Some of them should start to lay soon, I hope, as I eat a lot of eggs with my corn eating problem. 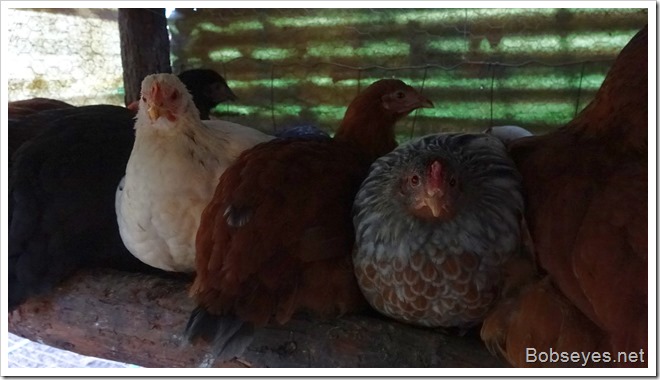 Once it got dark I went in and had another nap until I was ready to work on this blog as moving dirt is hard work for an older guy it seems. :O)

I got a bit more exercise than I had planned and it was nice up in the woods after yesterdays rain.