Helping Mike with his water monitor

I drove up to my  older brother Mikes to deliver some lychee nuts and see if I could help him get his water usage device going as they are still on drought conditions and are limited to how much water they can use per day. I had the machine working before but somehow it had stopped working.

For some reason he has a taste for the lychee nuts. They are a bit like dried plums with a bit of a tang to them. I had to order them through Amazon and they were shipped out of China.

Anyway we looked at the water monitoring device and found that my other brother Barry had mounted  the sending unit device wrong.

I corrected that and now we had to wait an hour or so for the device to start sending again but I left before that. Mike called later and said it was working so he’s happy now.

I left there and headed for the cheese factory. It started to rain very lightly just before I turned down their driveway. I noticed the pasture on the right is now green grass where as the last time I saw it, it was all turned up and replanted ready for some rain to get things going. 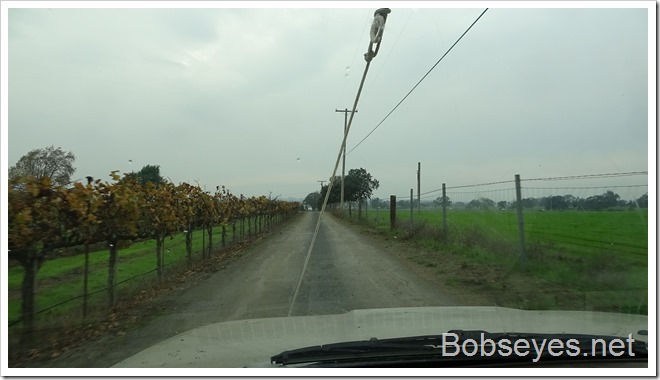 There’s a few of their cows that they get the milk from to  make their cheese.

I parked here and got out when this guy walked on by with these birds. It appeared they just had something good to eat and were headed back to their hangout area.

This young lady came out from the back to help me out. 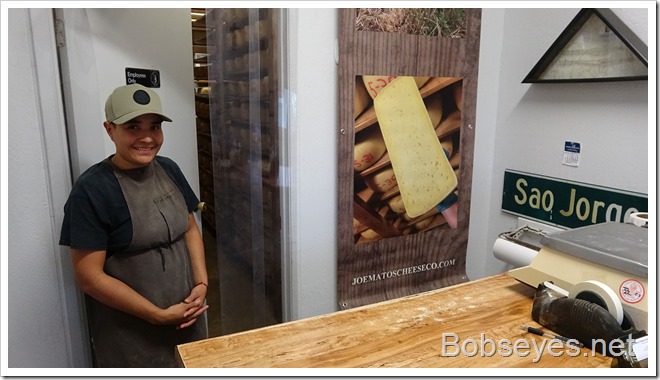 Most of the people here do not speak much English, but speak Spanish and the farm owners speak mostly Portuguese. But we get by even though I only speak English.  :O)

I bought four pounds of cheese and she wrapped it all up. Of course I had her wrap up that smaller piece so I could munch on it on the way home. Yummy. 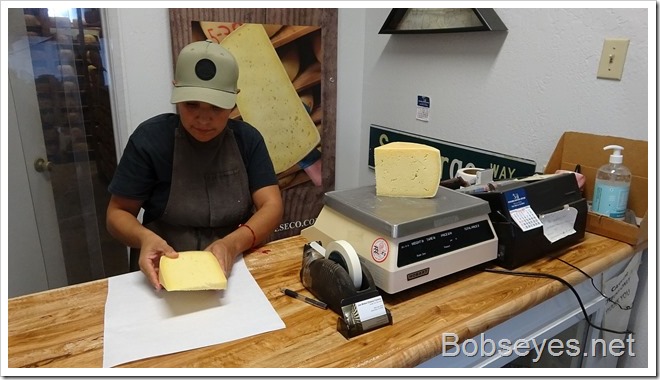 I went to Costco from there enjoying my cheese and from there went on home for the day while it was still trying to rain a bit but not doing a very good job of it yet. I think it is supposed to rain more tonight.

Well, when I got home I had a hard time keeping my eyes open so as soon as I put the stuff I bought away it was nap time and that was my day.