Low Wind Paddling Jenner and Some Waffling Fog Too

It looked like the wind was down in the Russian River Estuary so once I got it going today I was off to paddle around the river for a bit.

I put in at the boat ramp at Jenner and paddled across the river to this spot which I usually do to decide which way to go for the day, up river or down river to the ocean. Down river today, so off I went down along the islands edge. 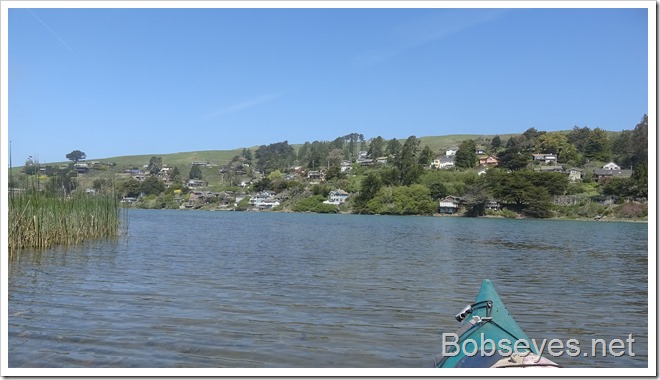 This pair of merganser ducks swam past me as I paddled along. 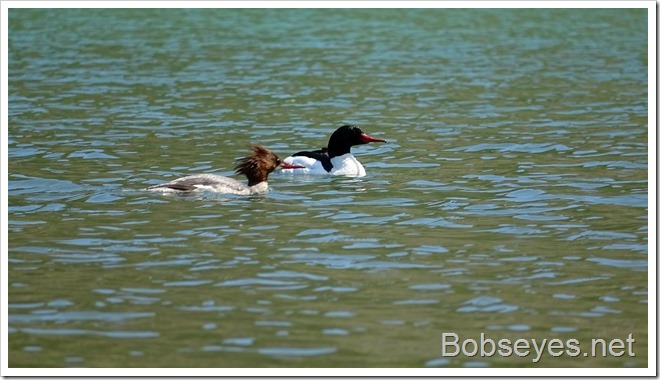 Up ahead the fog seemed to be trying to come in off the ocean but otherwise it was sunny and low wind. 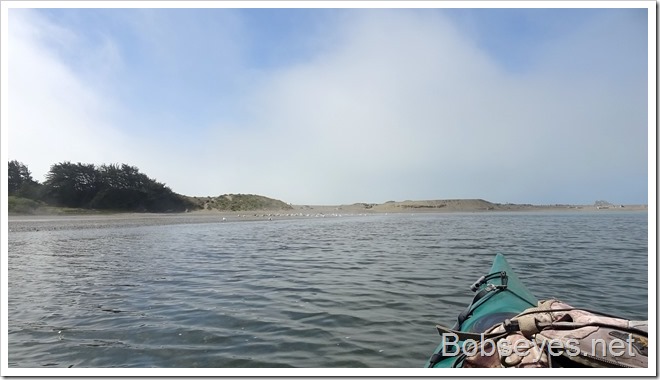 These gulls were resting on the end of the island likely after feeding this morning. They like to come in here to the fresh water and bathe and preen and rest, sometimes by the thousands. 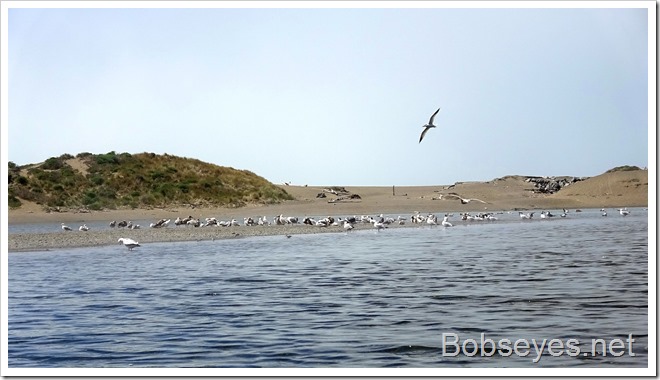 I heard some barking and splashing and this sea lion was hunting under water as it went on by. It comes up for air. 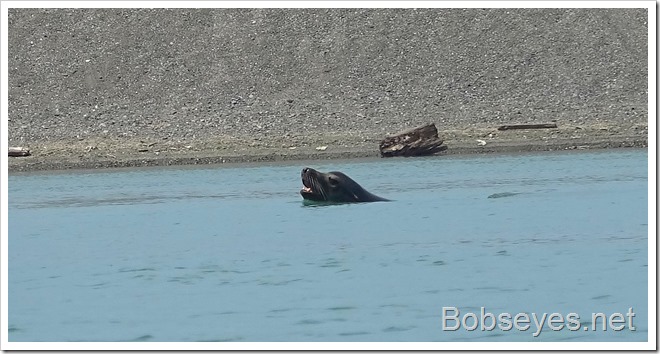 I paddled on by the river’s open mouth where these seals where resting and headed down to the end of the river by that big rock they call Haystack Rock and you can see why they call it that. 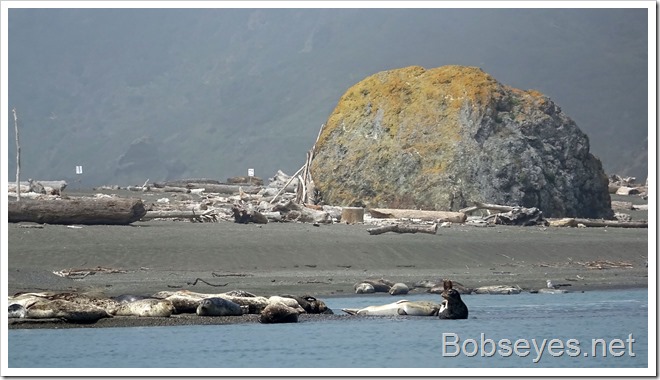 But before going to the rock I paddled across the river and went down this side as I headed that way. 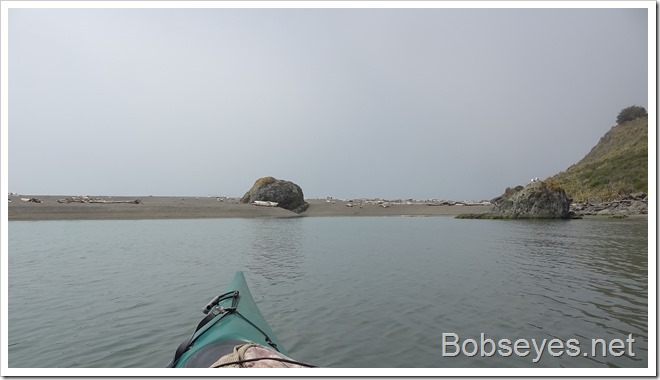 This is the end of the river and there is a nice spot to sit in one’s boat right by the rock which I did. 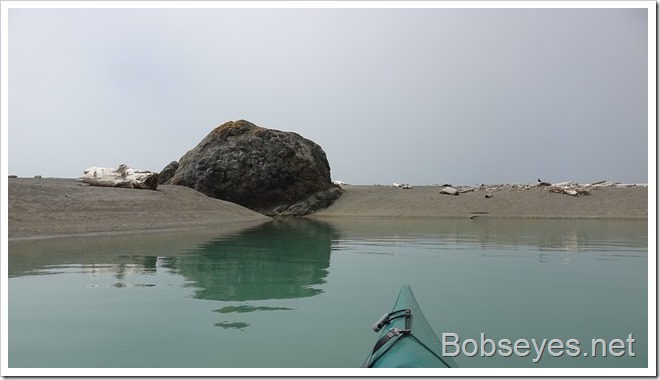 I had been sitting in my boat by the rock when I heard some commotion across the river from me and I could see this turkey vulture eating something. 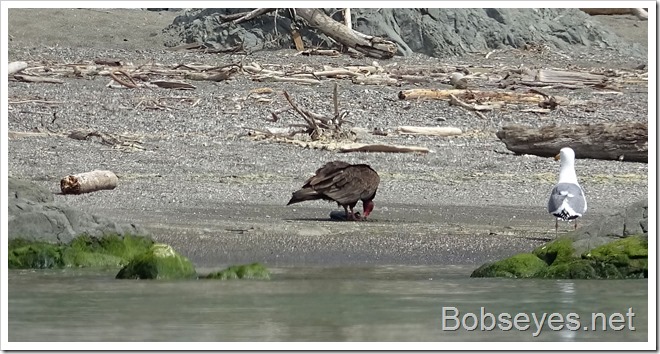 Two gulls stole what the vulture had and took it out to this rock to eat so I paddled on over to see what they had to eat. They had a small fish they were consuming. They weren’t going to give it up as I approached right up to them. 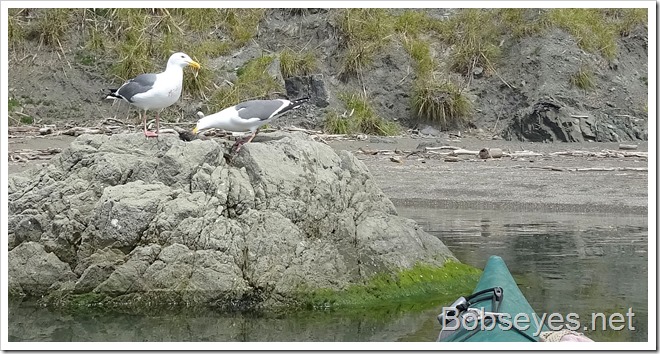 Eventually I started back up the river going by the river’s open mouth area. I could see the ocean was fairly rough today.  Waves were breaking over the old jetty. That’s why I stay in the river, it’s much safer. 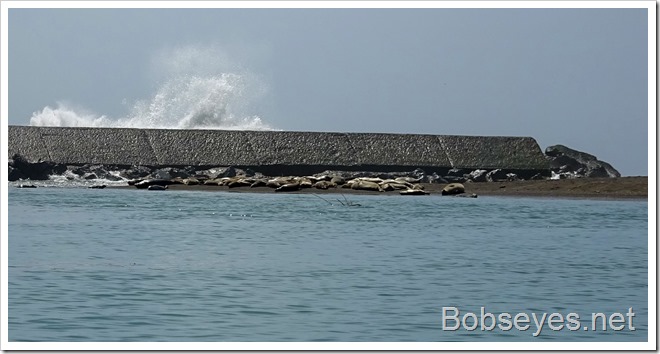 Up the island’s back channel I paddled taking my time and enjoying the day. 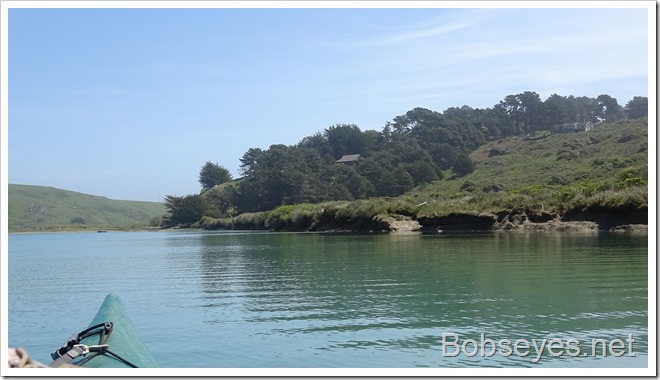 There’s a place to get ashore on the upper end of the island so I went ashore. 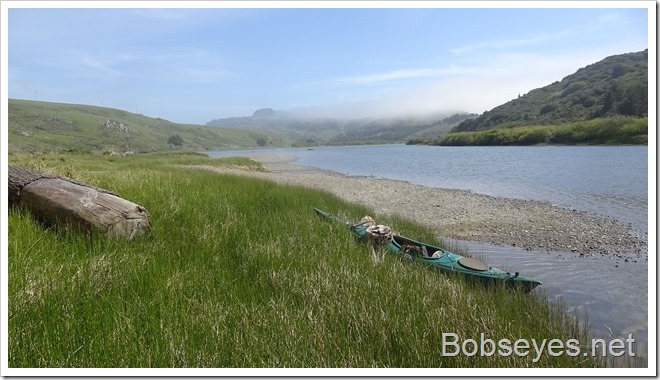 I took a short walk around these big trees on the island and found a place to sit down for a rest. 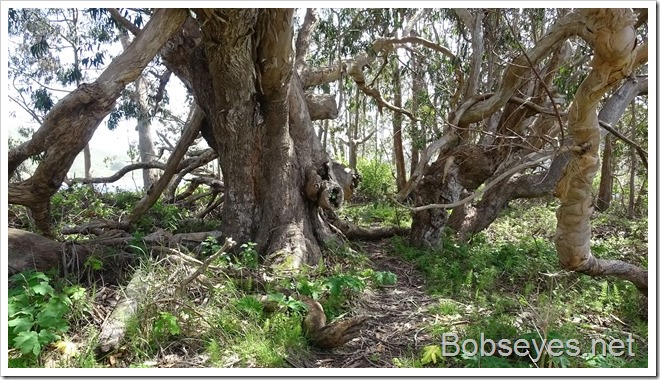 Eventually I got my boat back in the water and headed around the upper end of the island. Fog was moving in where I had just been in those big trees on the left. The fog was waffling going in and out and cleared back out as I headed for the boat ramp at Jenner. 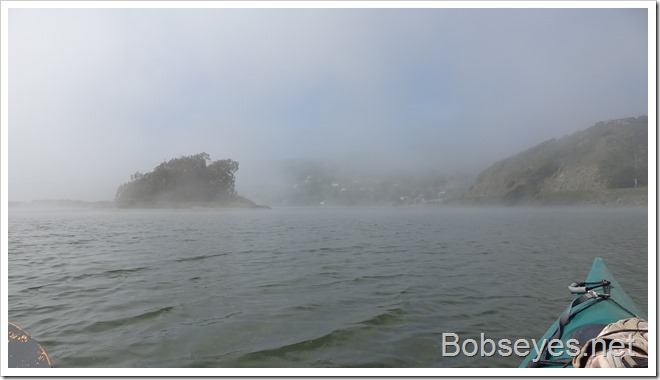 The boat got loaded on my car and I headed on home for a much needed nap.