Once I got it going today I was outside loading things in my van. Today mostly food stuff and clothes. 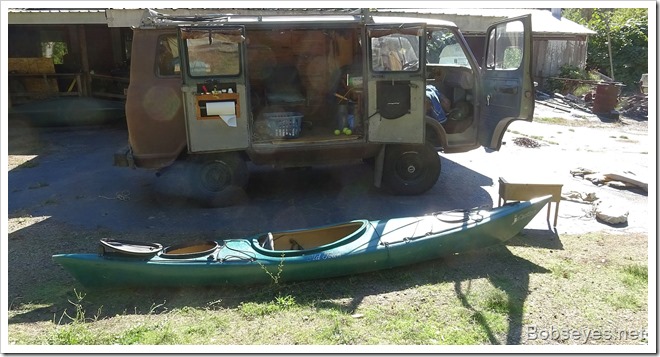 I was checking the chickens water and feed when my brother Barry rode his dirt bike into the yard. He  needed some air in his tires.

I didn’t have a lot to do today so I decided to go with him for a ride on the family property across the road.

I was close behind Barry as he went out my front gate. 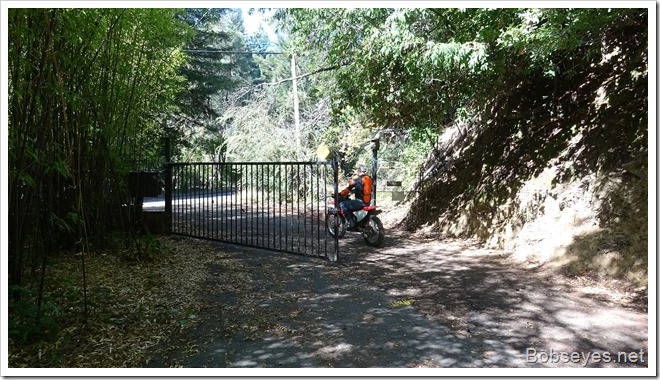 We had to stop at his truck so he could get all his riding stuff on before heading up into the hills for our ride. 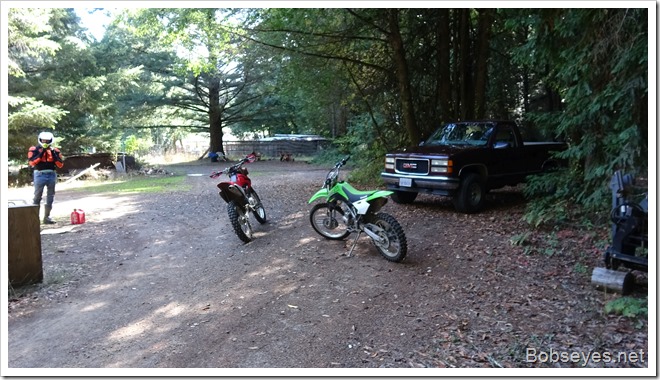 A break at the ridge top

He told me to lead so I did taking him around the roads and trails until we got to the ridge top where we stopped for a bit. Barry’s sitting under the big tree on the left checking out road maps on his smart phone as I mentioned we’d been not taking all the short cuts on highway 20 east that I discovered lately. 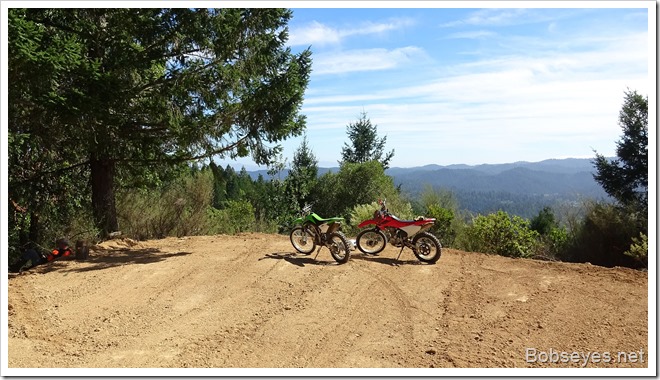 Here’s a picture of Guerneville. There is some fog sneaking in on the right on the mountain tops. 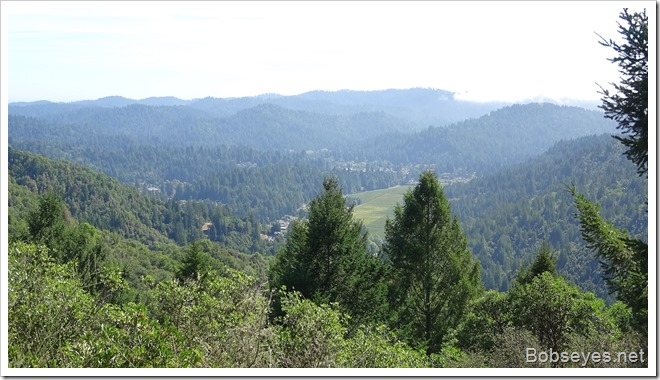 From there we rode up to what’s called the top of the world to have a look. The snow on the hill tops is fog sneaking over the tops of the hills from the ocean which is also on the other side of those hills. 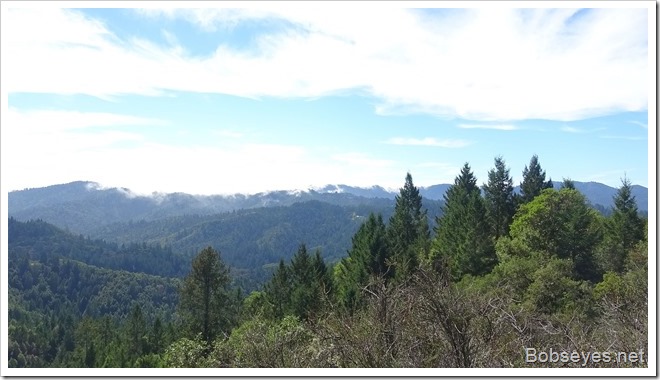 Barry’s talking about going down that hill and I say not me, too steep and besides I’m leading. 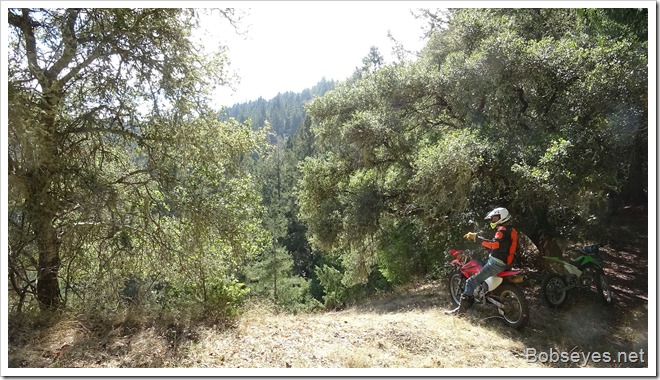 Obstacles on the road

We had to stop and take this little rotten tree off the road to get by. 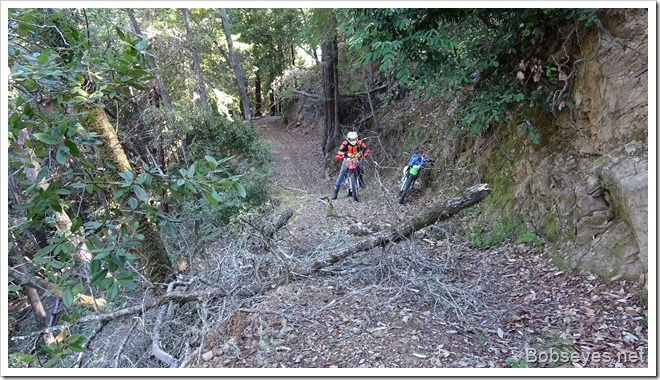 And we stopped at this creek crossing to improve it a bit to make it easier to cross. 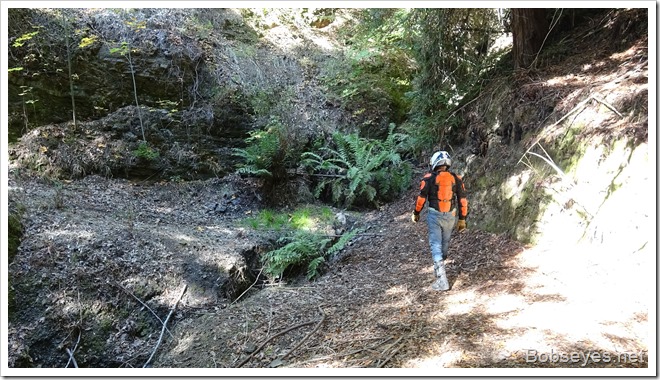 We had a nice ride for a couple hours. Eventually I headed back to Barry’s truck and said you can do the steep ones now, see you later and I went back to my yard to continue loading my van and got the boat on the top of it.

I’ve only got a few things to complete to finish the van’s loading and I’ll do that in the morning before I leave.

Off on an adventure

So I’ll be off in the morning headed towards Winnemucca Nevada where I hope to post a blog in a couple days when I get there.

I’m off on another adventure. Nice day.