Less Fire Danger and I Deal With a Jerk

Here’s some of the fire prevention I was doing the other day. I trimmed the branches on this big redwood tree a bit. 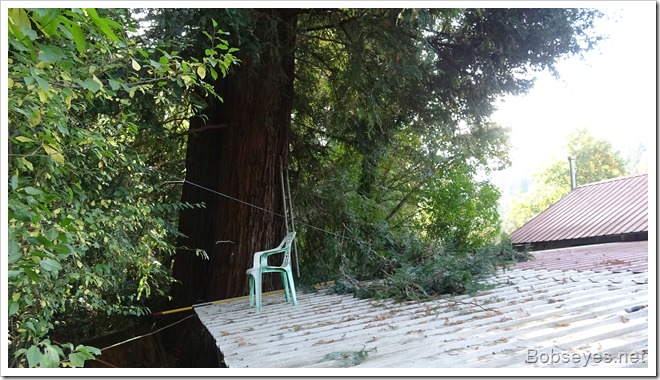 And I moved this stick pile away from  my garage. 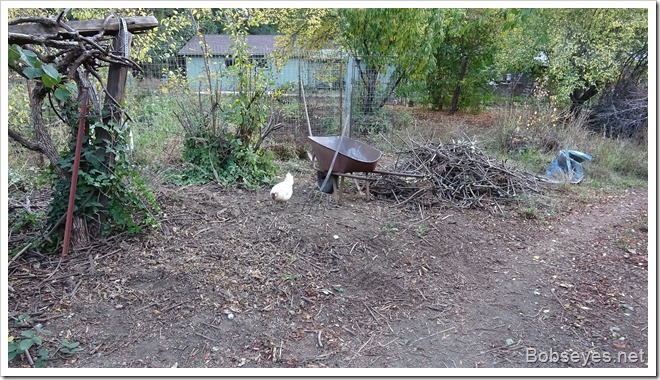 I did a bunch of other stuff to get stuff that would ignite away from the house and garage. I also went over to my brother’s place next door and watered down his yard.

Chickens delight to be out

I let all my chickens out to graze. It’s the first time out for all the young ones. They sure like to graze. 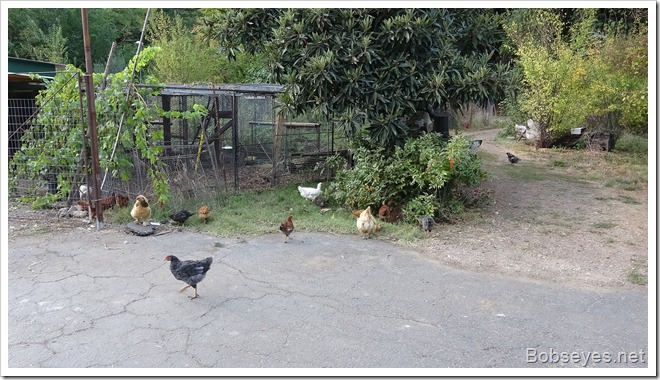 I had to feed my brothers chickens an check the water, across the road from me. Here’s the norm for now as far as protection stuff for the fire. Park away from any structures. 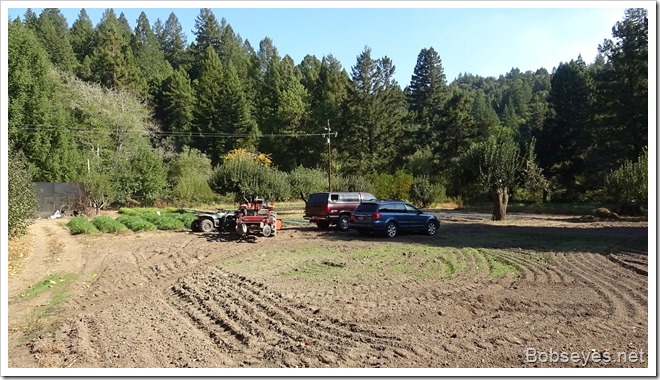 I checked his chickens and gathered the eggs for the day. 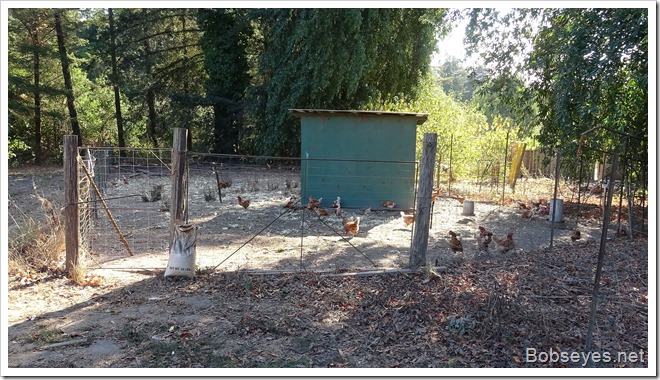 Of course the strawberry patch is over there too so I ate a few from this patch. 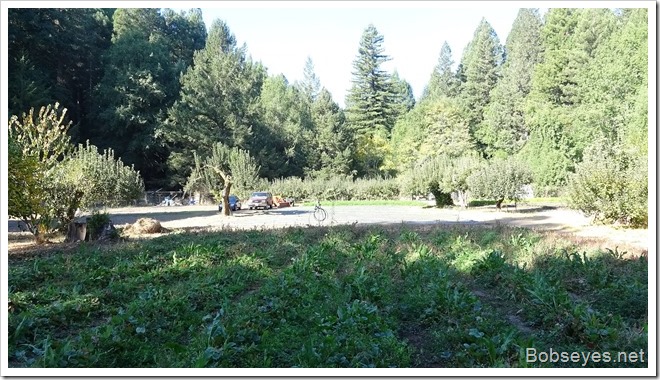 His garden is looking good, this is just a little of it. 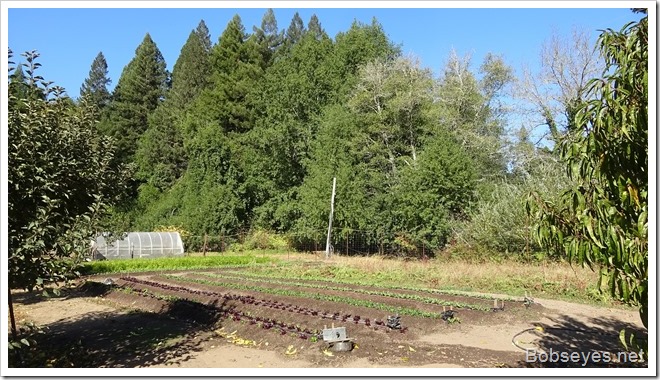 I was supposed to get the generator started and hooked up so I put gas in it and tried to start it but no go. 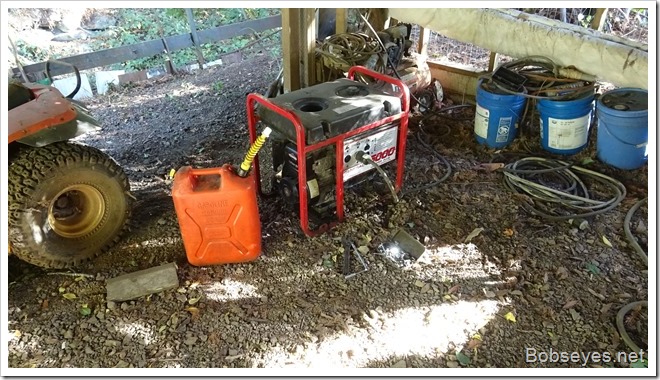 So I got my tools out and worked on it. Seems the carburetor needed to be cleaned out so I did that and added some oil and it started right up so I was good to go for tonight. 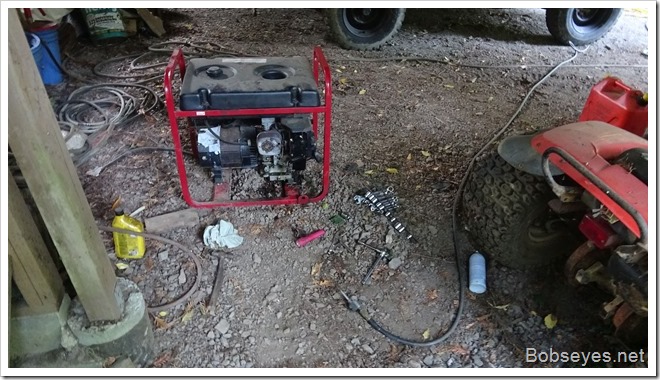 The next day I had to feed my brothers chickens. They were ready to eat by the time I got up and over there.

Here’s one bunch of hungry chickens. 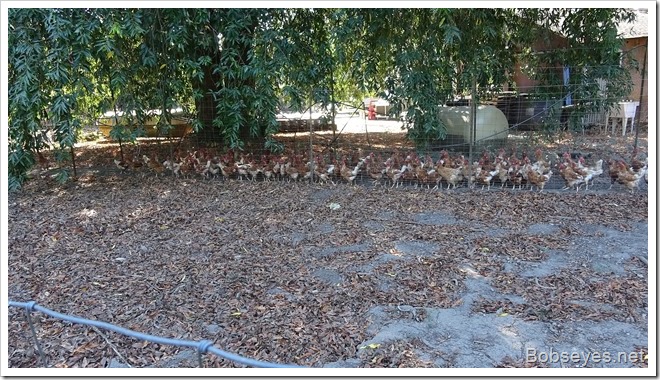 And here’s the other bunch. 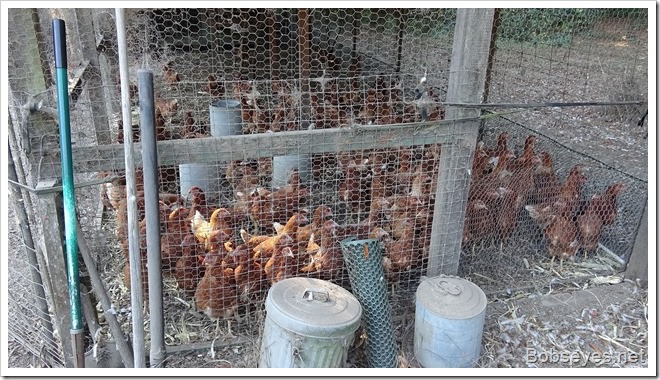 I noticed there was no water in the chickens water pan and no water in the garden either. Oh yeah, they are hooked to a well and the power is off. I hauled two buckets of water and filled up the water pan for them.

I was working on fixing this wire run for the chickens when I hear someone yell across the road and thought someone must of gotten lost from the state park that is close by and I also was concerned about looters so I went over to see what was going on. 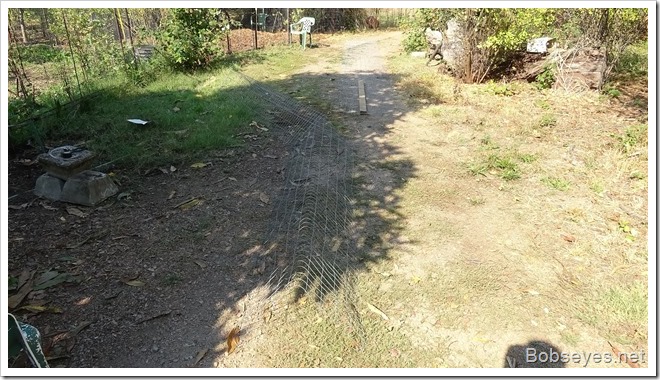 So I met this guy at a creek with a skinny log going across the creek and about twenty feed deep to the creek bed.

Looking for  his dog but a jerk

He said he was looking for is dog. I said maybe he’s over by the chickens. Then he says you saying my dog is a chicken killer. I say  no he might be over there visiting.

Advised him of the danger…………..but

Then I say it’s not too smart walking around here with the lock down someone might shoot  him. He says I’ll take that as a threat and I explain no I’m just letting you know what you are doing isn’t wise. The guy gets belligerent and I ask him to leave the property. He pulls off his shirt and throws it on the ground and says he’s ready to fight. I say you mean you want to fight a 70 year all man which causes him to stop and pause for a bit while he thinks about it. He had to come across the skinny log to get me and I’d sure push him off it into the creek if he did.

Anyway I finally got him calmed down and said I was going around and coming over as no way I was going across the skinny log at my age.

I go over to were he was and started talking about where his dog might be. He had calmed down and apologized and shook my hand. I led him over to my neighbors and said if your dog came through here he might be over there and left him while he went over to my neighbors place.

On parting he asked for gas and said he was stranded up in the park.

That gas remark got me concerned as he was wondering around places nobody was home.

So when I got home I called 911 and told the guy my story about this guy as the place is supposed to be locked down because of the forest fire.

So I go back to my project building this little chicken run thing.

I’m testing out how to  make a corner here. Looks like it’s doable. 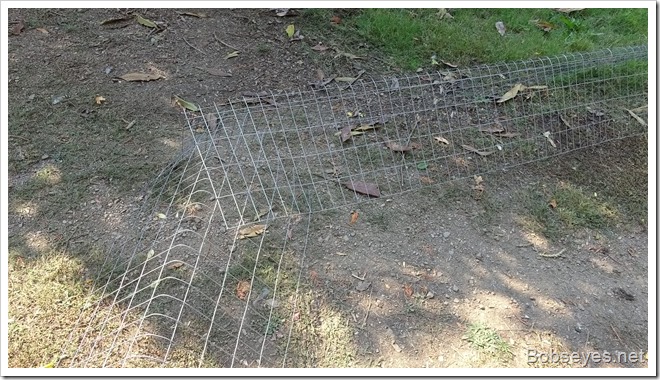 I joined the parts together and will put a small door in the fence there for the chickens to get into the run. 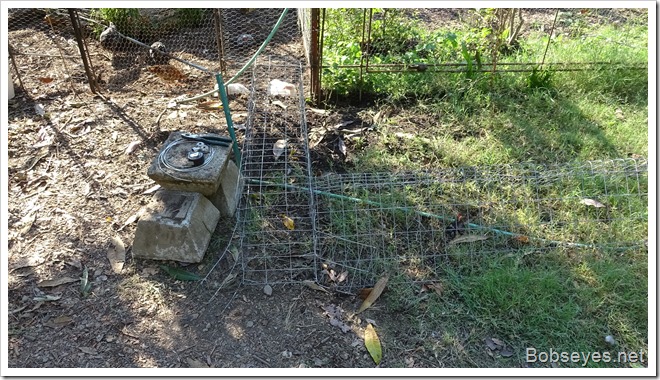 He got the help he needed

Now I hear some more noise at one of my brother’s houses so I go over to see what is going on as I heard some talking.

No one there but there were three cop cars out on the road talking with the guy I had the run in with. 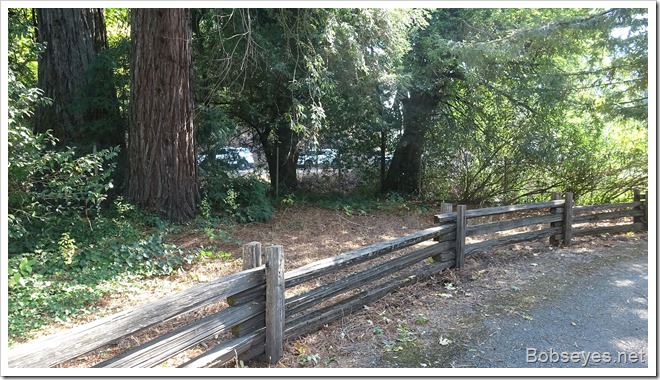 After about a half hour the cops take off in a roar like they are at a race track all in different directions and left, apparently the guy left with them.

About a half hour later the AAA transport truck went up to the park and picked up a rig that I assumed was his rig.

So the guy got some help and maybe is in jail, who knows. If he was nice I never would have called the cops on him.

The last thing I wanted to do today was take off the gas turn off valve on the generator gas tank and try to repair it as it wasn’t shutting off all the way and stopping the gas.

So I got out some more tools and tipped the generator up to work on it. I’d run it out of gas last night. 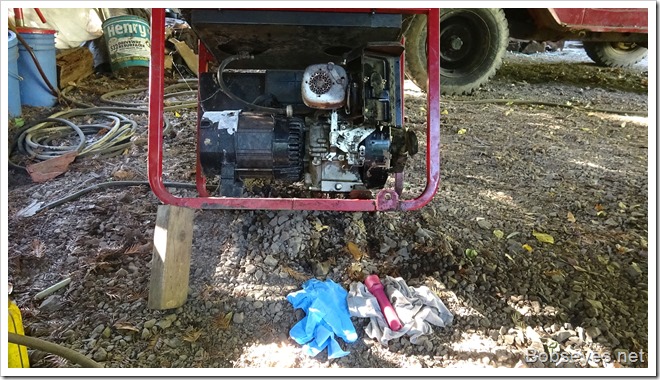 This is the valve I needed to take apart. I took it apart and sanded the brass seat and put it back together. 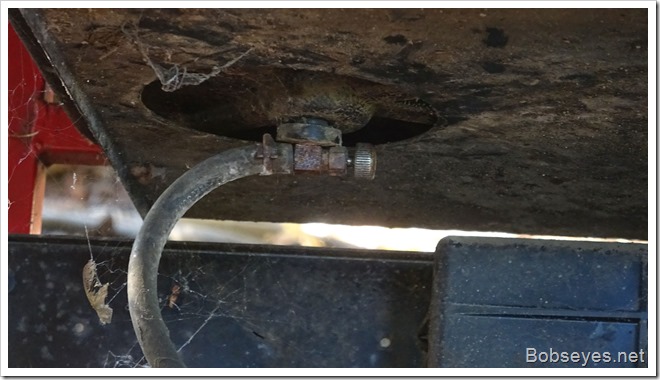 About that time my brother and Dominique returned home from their evacuation as it was lifted.

We got the generator going to charge up the fridges and freezer and his TV and my computer.

Less fire danger here now as it’s burning the other way but it’s still a very dangerous fire with the high winds.

So that was it for me today. Nice day mostly except for that jerk guy. :O)