Leaving the Kofa and a Day of Rest

Wednesday I left the Kofa around noon and headed back to Quartzsite.

I started down this road which leads to the Palm Canyon Road and then to Highway 95 and up to Quartzsite. 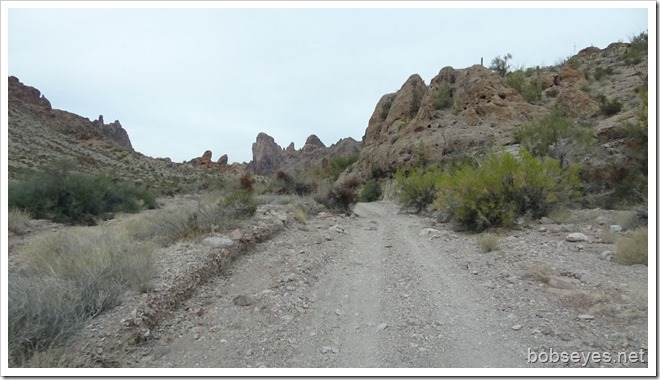 Round holes in the rock

While I was traveling along I spotted these round holes in the rock by the road. Usually round holes like this mean some one did some dynamiting to widen out the road to get by. 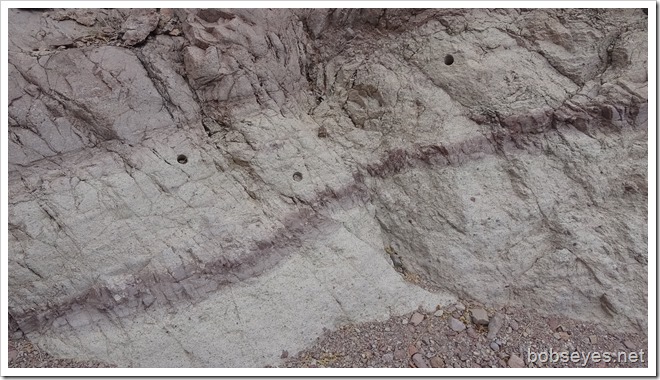 I stopped to check them out. 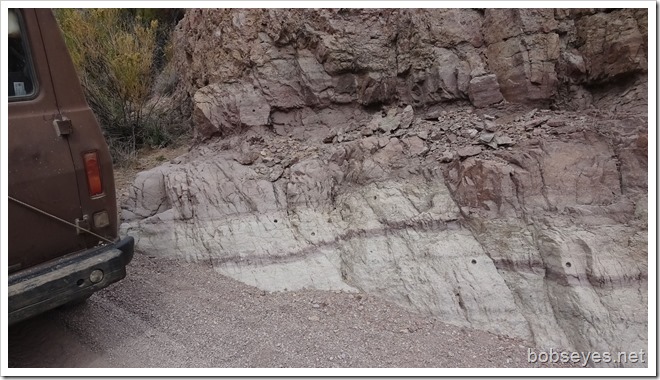 Looking at the holes showed them not to be for dynamiting. They had a core so some one was drilling the rock to get core samples for something. You can see one of the cores in this hole that they likely couldn’t get out of the hole or didn’t need that one. You can see the drill was a round core driller. A dynamiting hole would of drilled out the center part of the hole. 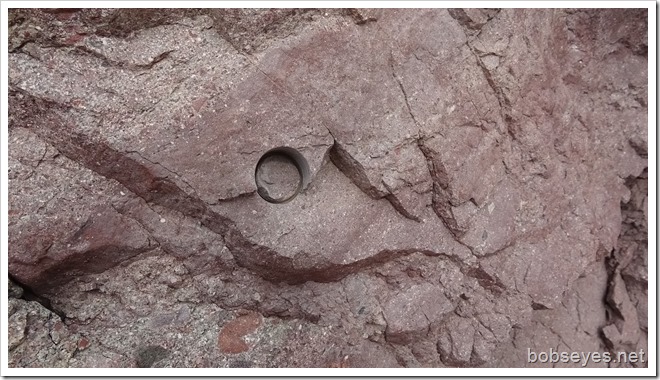 Rough road but not bad

I continued on out the road taking my time as it was fairly rough. 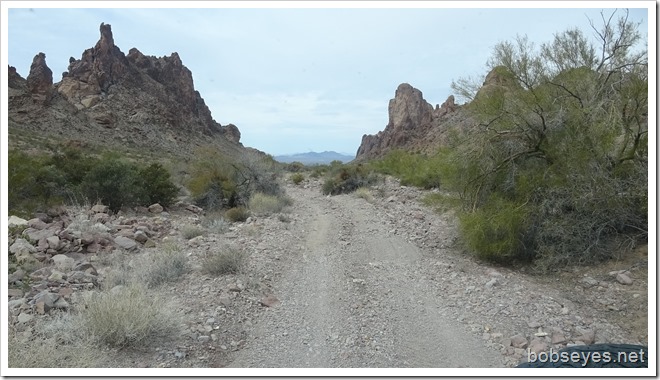 The road  mostly goes down the wash and I’m coming out of the canyon in this picture, almost back to the Palm Canyon Road. 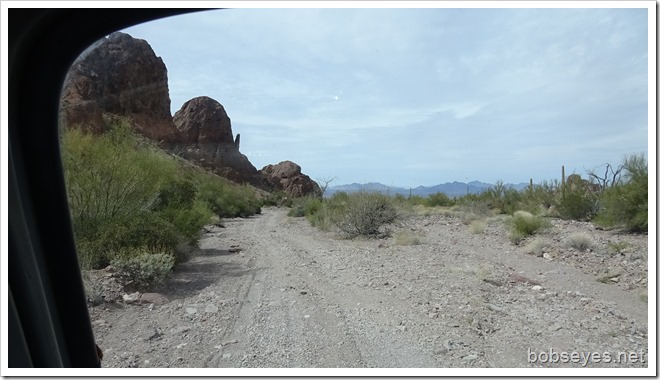 I’m going to  have to do that trail

Looking back at the mountains I just drove out of. I was camped on the other side of these ones and the trail I was on leads up into them somewhere, from the other side. 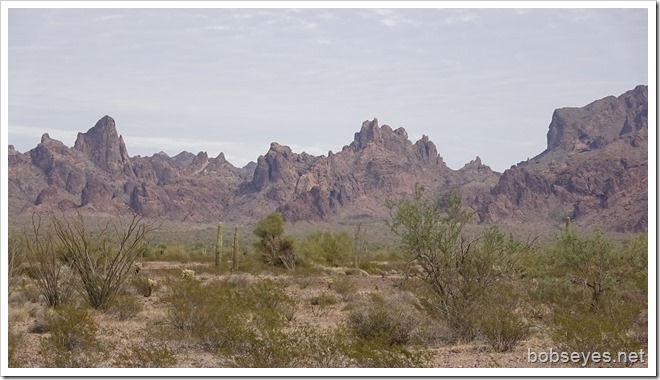 Here’s a map of the road I was on. I camped just below Signal peak on the Queen Canyon Road. 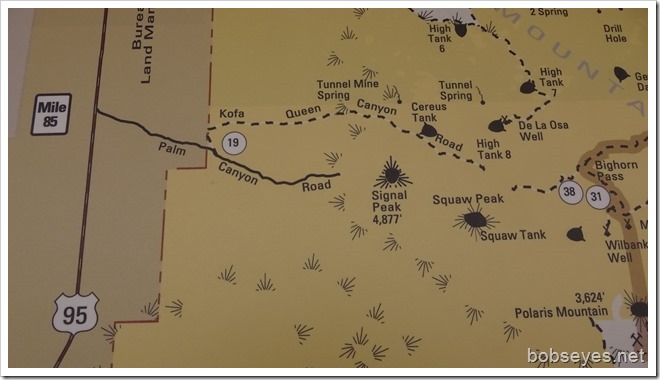 I got on the paved road headed to Quartzsite, but before getting to Quartzsite I turned onto a high pressure gas line dirt road that leads to Rainbow Acres where I was headed to visit with Adel for a bit.

I made it to Adel’s. She’s building a place on her lot. She has a metal building and the builders can’t seem to get the sky lights sealed. They’ve tried three times and they still leak so I made an appointment with her for Friday so we can go up on her roof to see what’s wrong as I’ve put a few metal roofs up in my life time and I know exactly what needs to be done to seal up metal roof skylights. What I’ve seen so far of her skylights, the guys that did the install have no idea what they were doing.

Internet at the library is open all the time now

I drove on home to Marty’s but they hadn’t returned from their jeep trip yet, so I headed over to the library to post blogs and do internet stuff around three.

I returned to Marty’s around six and still no one home so I read my book.

I was getting the urge for some bread so I mixed up some pounded yam flour and some wheat flour and made up some dough. I used coconut oil and fried them up in my wok and they were good. 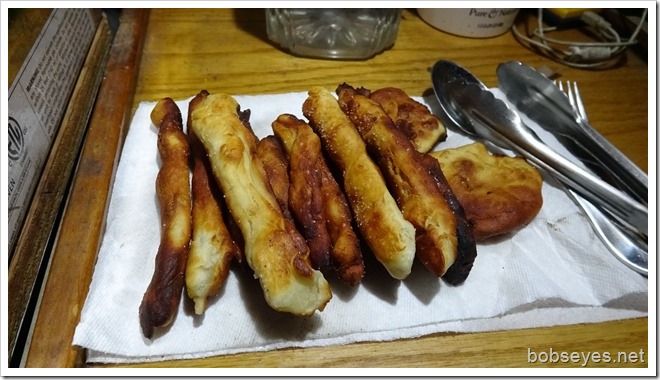 Marty and Patti came home shortly after that so I visited for a bit.

Today I didn’t have much planned. I went to town and did some shopping and then returned to Marty’s place which is near the library and just read my book for most of the day.

I put this blog together in the afternoon and am headed over to the library to post it now.

That’s what I’ve been up to.

1 Response to Leaving the Kofa and a Day of Rest