Leaving the Desert and Our Trip Home

We woke up at this camp spot yesterday morning. The night was one of our coldest and we made the mistake of putting a hill between us and the rising morning’s sun. 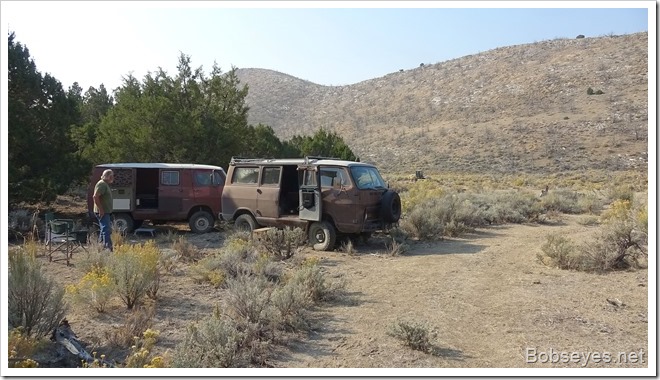 We headed out towards Lovelock Nevada once we got it going around 10:30 as we still had a bit of desert driving to do to get to Highway 80 to get to Lovelock.

We took off on this road. 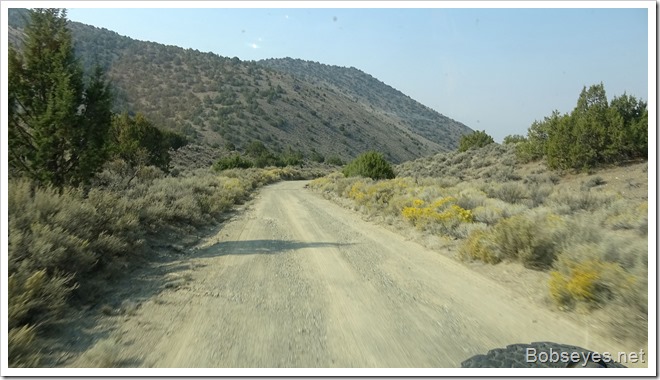 The roads were pretty good so we made good time. 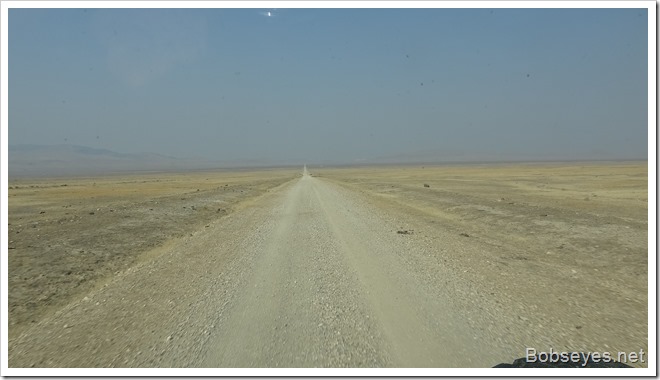 We stopped for gas at Lovelock to fill up for the trip home.

While I was filling my gas tank I noticed gas dripping from the van’s gas tank so had a look. It appeared to be coming from the rubber hose that connects to the filler neck which was near the top of the tank so only would leak when the tank was full.

If it leaked, it would only drain off a couple gallons in the top of the tank and then stop so I decided the fix could wait until I got home so we took off headed for home.

The need to slow down and take our time

We decided older guys shouldn’t try to go so far in one day as we did on the way out to this trip which really beat us both after driving around 8 hours that day.

So we wisely decided to break up the trip by making camp about half way which turned out to be at the entrance to Bowman Lake just as we turned off I-80 onto Highway 20 around 4 in the afternoon.

The traffic was real noisy in this spot and the trains going over the mountain made a lot of noise but around ten the trains stopped and so did most of the traffic and it was a very peaceful night.

Here’s our camp spot for the night. 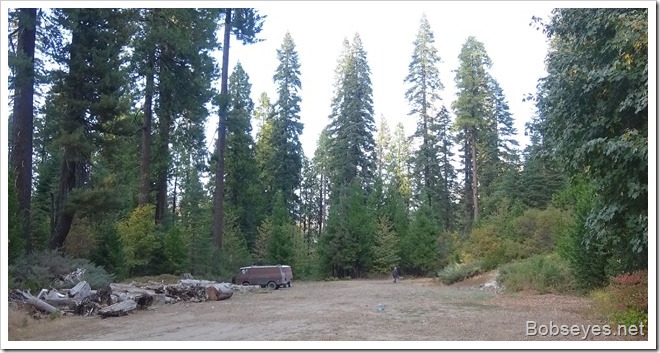 We decided only going halfway was a good idea and we weren’t so tired out from driving which made the last 3 and a half hour leg home much easier the next day.

We took off for home around 10:30 and moved right along.

We passed by this road fire along the way which looked like they had it under control. 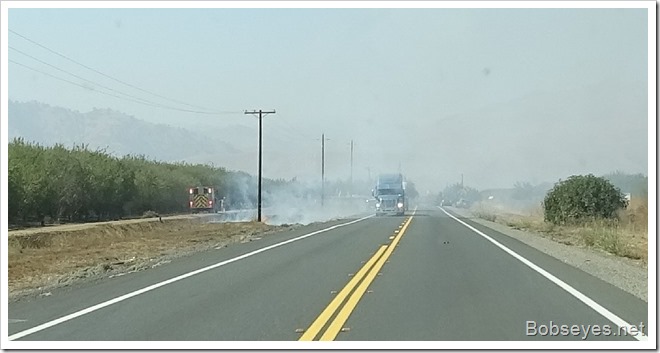 And we went by this scene along the way. Not sure what was going on as at first I thought it was an accident but then I didn’t see any damage so maybe it was just a  medical emergency or something. 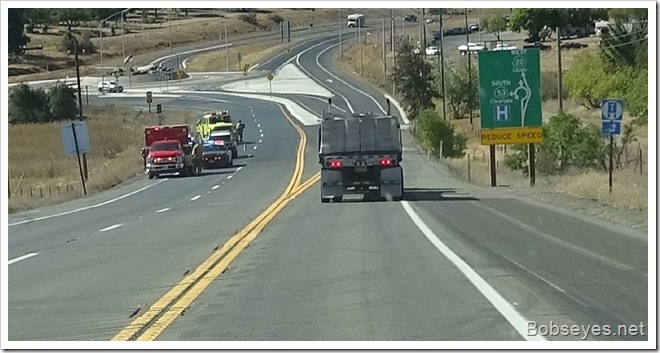 We decided to take the longer way home which was not over the hills as it was easier to drive even if it was a few miles more.

I turned off highway 101 leaving Marty to head for our homes and arrived around 3:30 thankful that we’d taken the extra day as it sure made the home trip much easier on us.

We had a good trip exploring around the desert with no serious breakdowns which is always nice as the desert roads we travel can really shake things to pieces but the old vans can take it likely better than more modern rigs. The trade off is the old van’s aren’t as comfortable driving as he newer rigs, most likely, but the old van’s serve us well.

2 Responses to Leaving the Desert and Our Trip Home