Leaving Quartzsite For a Paddle On the Bill William’s River

I left Quartzsite around 9:30 this morning headed North on highway 95 to Parker to do a bit of shopping for eats, then on up the highway to the Bill William’s River to do a little kayaking.

Here I am at the Bill William’s boat ramp ready to get the boat off the van. 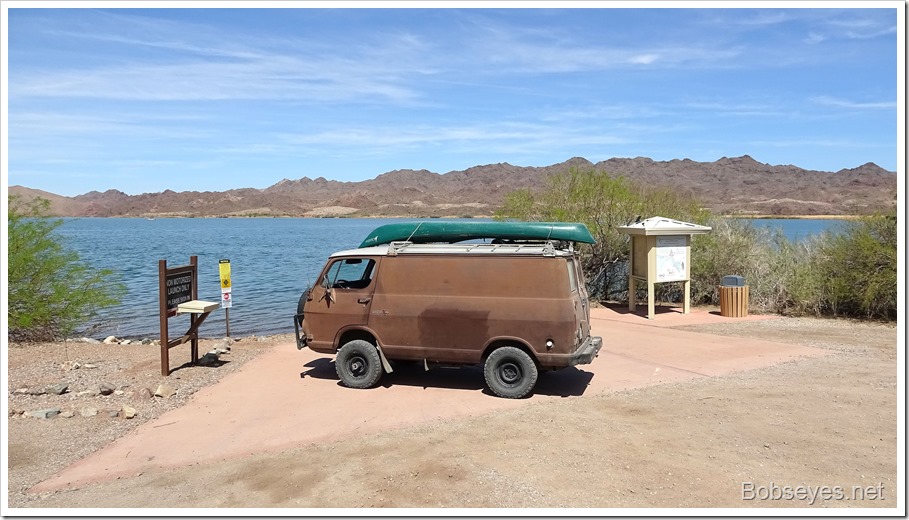 It wasn’t long and the boat was in the water and I was heading the short distance to the mouth of the Bill William’s river, that’s where the river comes into Lake Havasu. As you can see it was a  nice day with the wind down which is always nice. 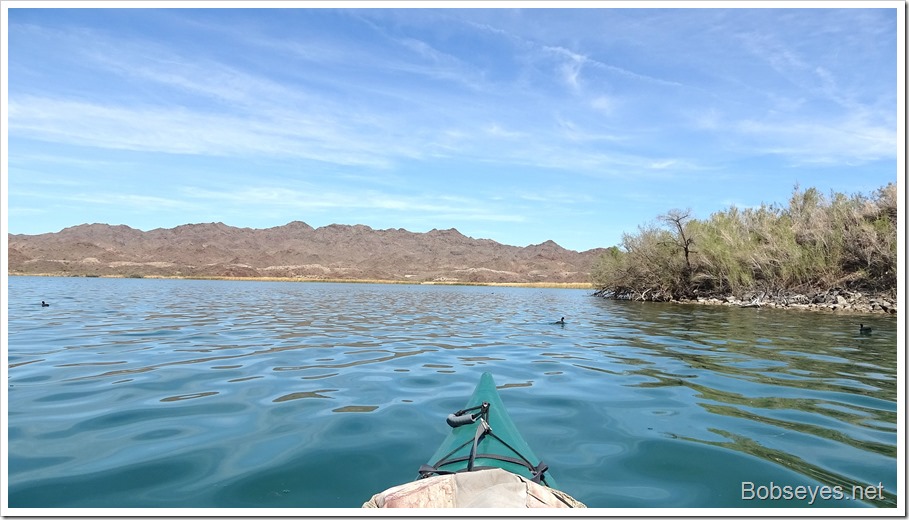 There are lots of cat tails down here which I paddled around and through them a lot. 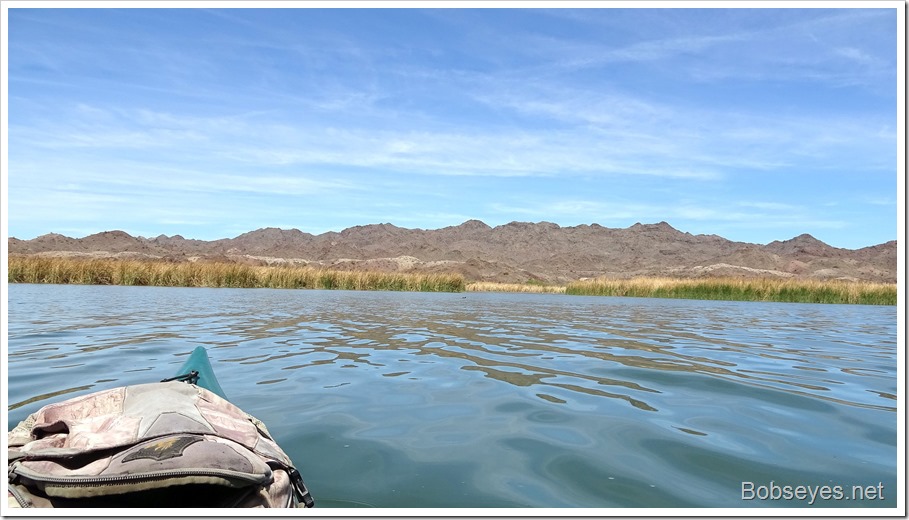 I paddled by these cormorants and the duck which seemed to be resting there. 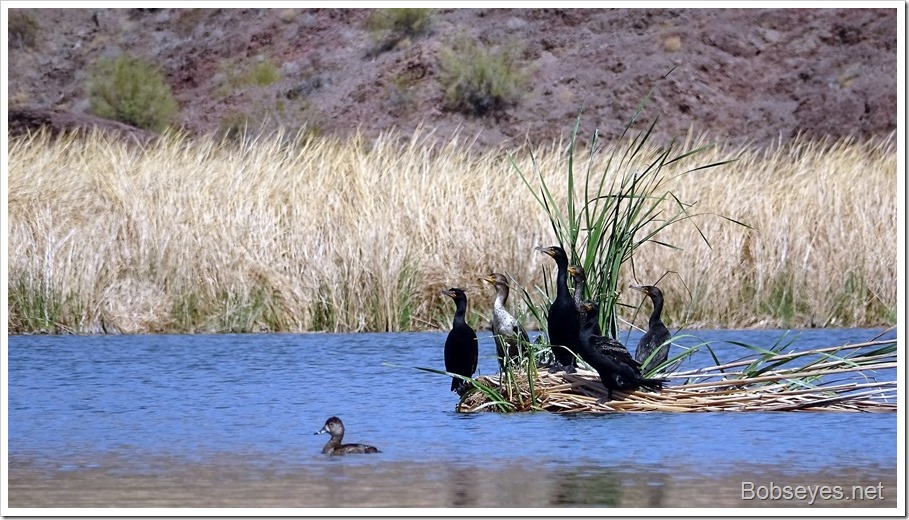 And I saw these two white pelicans swimming around the area. These two appear to be males from the bumps on their beaks.

There’s the bridge just up ahead as far as I’m going up the river today as I’ve been here before and already went up the river exploring so no need to do it again. 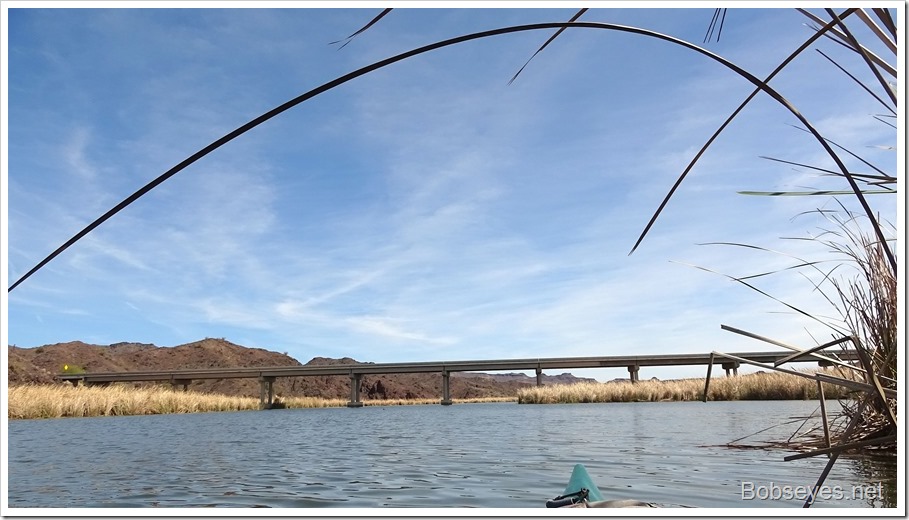 I just paddled under the bridge and am now turning around to cross over to the other side and kayak along the cat tails. 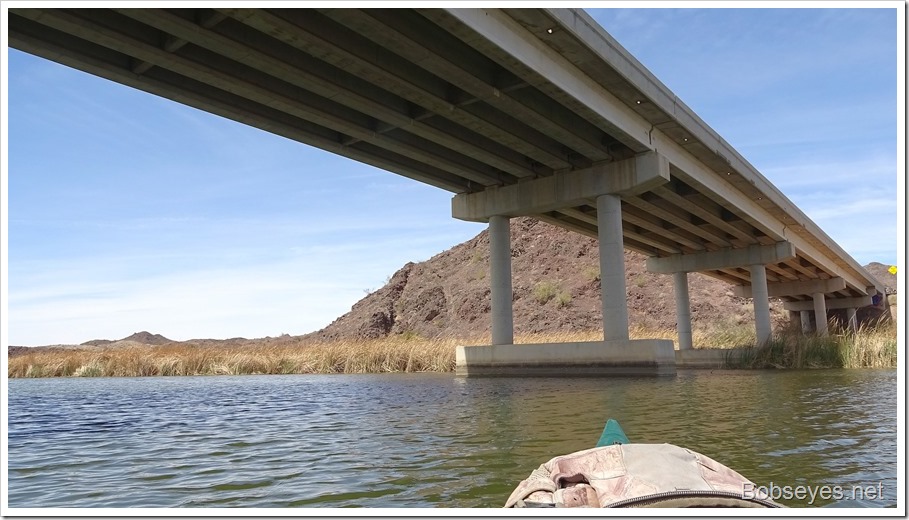 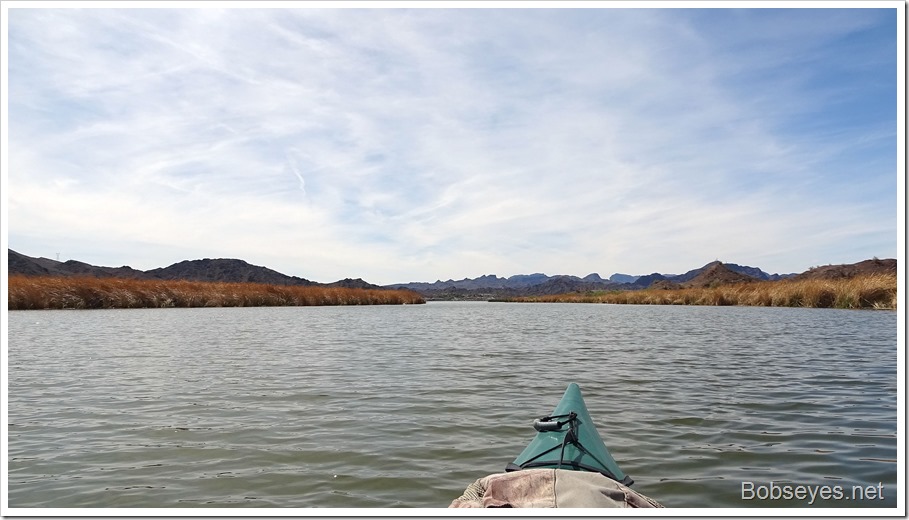 I paddled by some more cormorants sunning in the sun.

And then I paddled into this inlet as I knew it opened up on the other side. 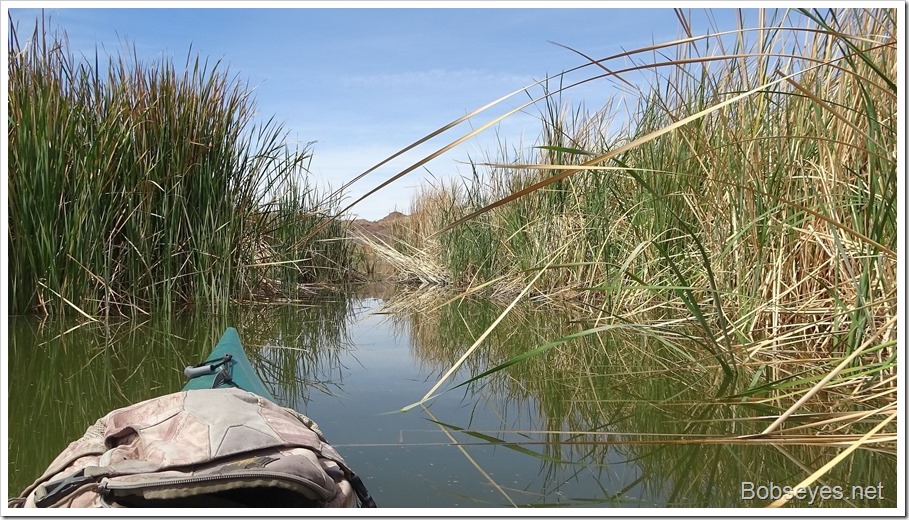 I paddled on through here too. 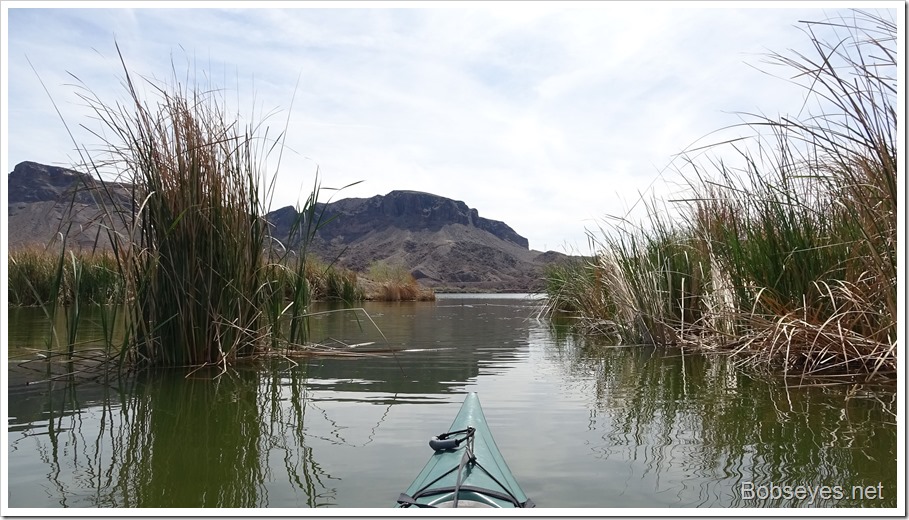 And back out  on the lake and into these cat tails where I took a bit of a break.

From there I  headed on in and went by these two grebe.

I put my boat back on the van and sat around in the van resting up until about five when I started up highway 95 to find a camp for the night.

I knew of a spot but I wasn’t sure I could find the road so I took the first dirt road to the right I came too where I could see some RV’s parked around the area.

I drove on in and up the dirt roads to the top tier and parked here for the night. No one else was up this high. It overlooked Lake Havasu which was way down below from where I parked although it may not look like it in the picture.

Camp spot for the night. 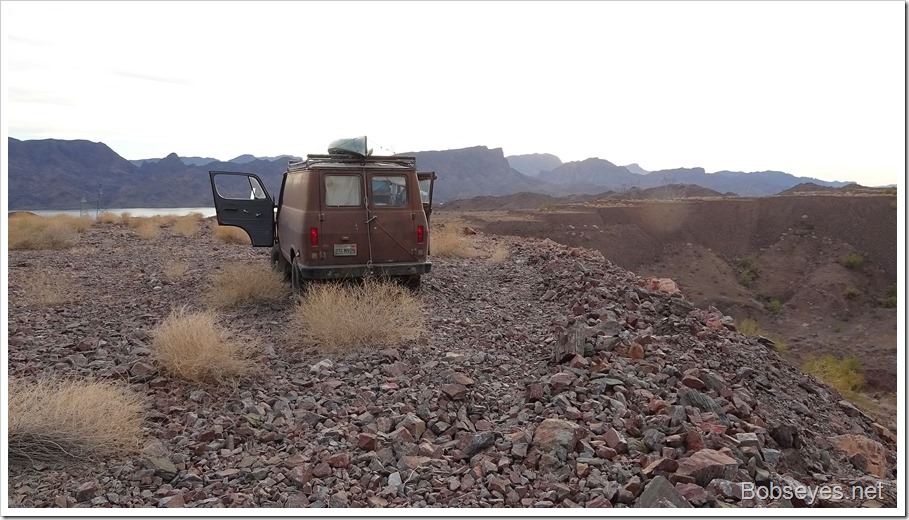 Some sunsets are more colorful than others. This was sunset tonight.

I plan to head for Pahrump tomorrow and camp somewhere around there tomorrow night.