Learning About and Trapping Rodents with Traps and Night Cams

It rained pretty hard last night  and most of today too.

I’ve been getting hit hard with the corn thing lately and didn’t get any sleep last night so most of the day was spent napping, so let it rain. Something is getting me but I haven’t figured out what yet.

Late in the day the sun came out a little so I went outside to set up my modified rat trap in the chicken pen. I had it set up here before and it worked well except the trap holes were too big and two escaped.

So now I needed to see if disguising the trap would make a difference as they were avoiding it and being very careful around it.

So I set the trap up and put some boards around it to make it look like something else,  maybe, to a rat. The little mushroom looking things are peanuts in a shell set on end to entice the critters. I also watch them to see if any disappear in case I missed something on the camera I have set up on this.

This is a day shot of the trap set up in the chickens pen which is also just about the same angle as the monitoring camera looking down on it. The trap is under the wood stuff, sorta. 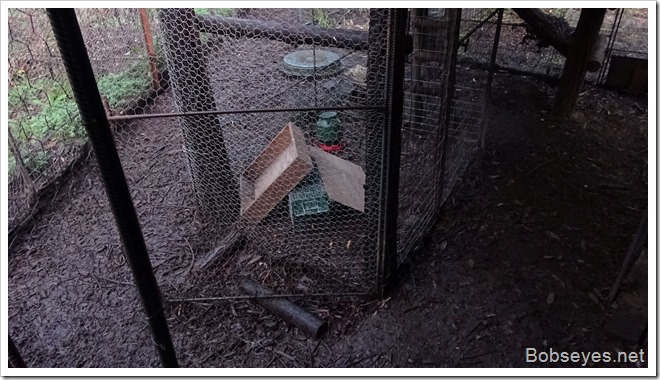 It’s hard to see as it was getting dark but the monitoring camera is setup here and is the thing with the red glow on it which are the night time inferred lights it uses to see in the dark. The trap is down to the right just out of sight. 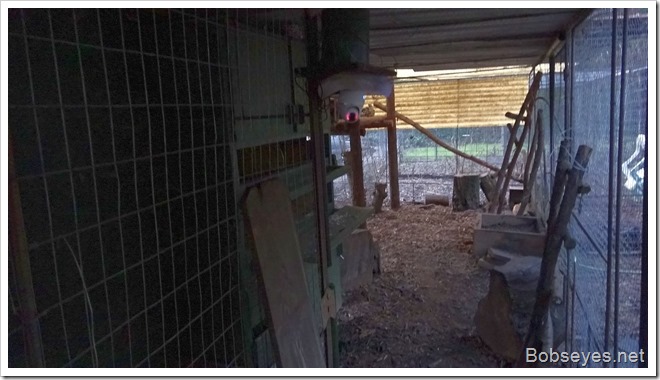 The rodents seem to be able to see the night inferred but eventually they seem to get more or less used to it.

I went over to my brothers house to check the camera I have on his garage door and stopped by the carrot patch for these three carrots to eat. No corn in them. 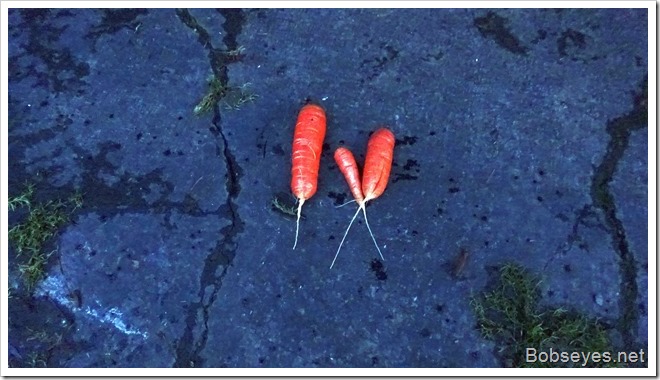 Time to go in for the day

I moved a couple things out of the way of the camera at his garage door and went on home and in the house for the day as it was starting to rain a bit, but I think the main part of the rain is over.

Here’s a couple shots of my brother’s garage door I’ve been watching to see how the rats might be getting into this door. You can see a rat on the bottom right but it didn’t go in. 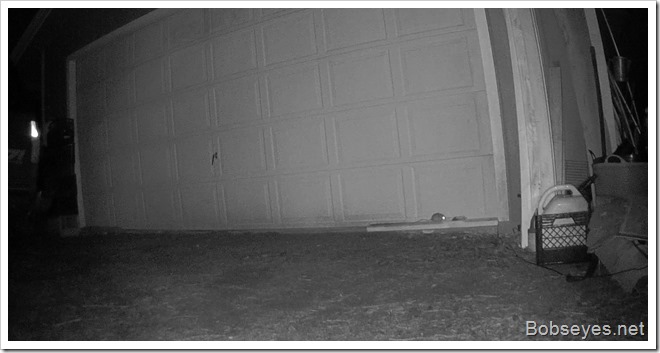 Another night this coon came on by but didn’t stop for anything. 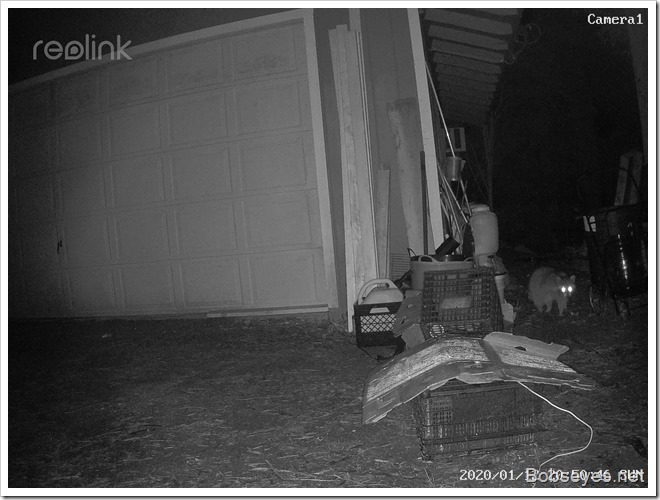 Rats in the pen

Back at my chicken pen camera a couple of rats came by and noticed there was something different there. They just spotted it in this night time photo the camera got. They seemed curious but cautious. 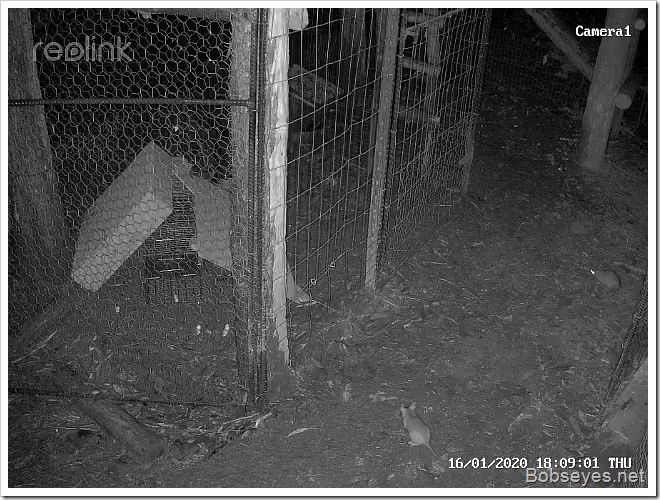 This one is really looking. The night is early so I’ll see if it gets temped by the smells coming from the trap. Peanuts and sunflower seeds. 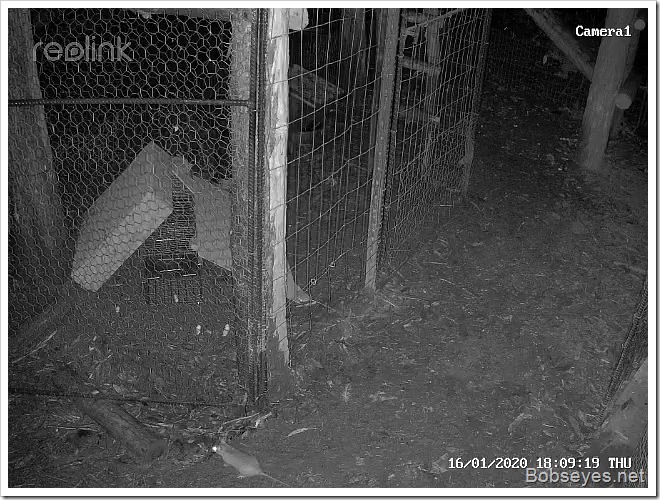 The cameras do give me a little something to do when I can’t sleep when I get corned but I’d rather sleep. Part of what I’m trying to do with the rodent cams is not just to catch them but also to learn what I can about how they react to stuff so I have a better chance of staying ahead of the little rascals. :O)

I do need to make a correction Eric. George did say it was his car and not yours, but hey shooting the bull gets a lot of stuff wrong especially talking with fishermen and I’m just as bad as they are at mixing things up. Last night the corn was giving me it’s full body itch so that might just have something to do with that little mistake too. With my corn problems and add older age to that I think it’s amazing I can get anything right anymore. :O)