Sink drain repairs to start off

With showers predicted on and off all day I thought it would be a good time to get the kitchen sink drain pipes repaired so a trip to the local hardware store was in order. They had what I wanted so I was back home working on it shortly.

Here’s one of the drains seated in the sealing putty which I will peal off shortly, the excess putty I mean. 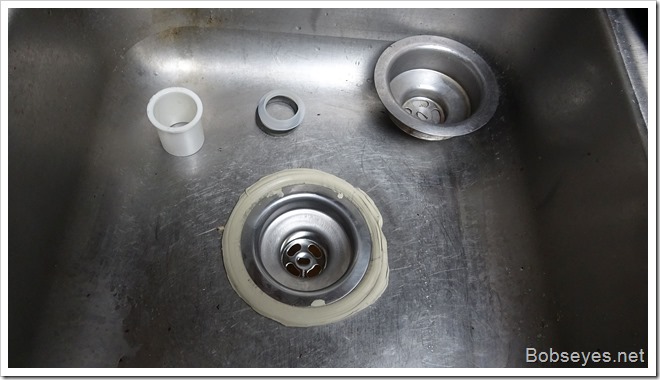 I didn’t like the old type drain with the big nut that cracked as they are hard to tighten down with what tools I have so I got this style instead which is much easier to tighten down to seat the putty up top. 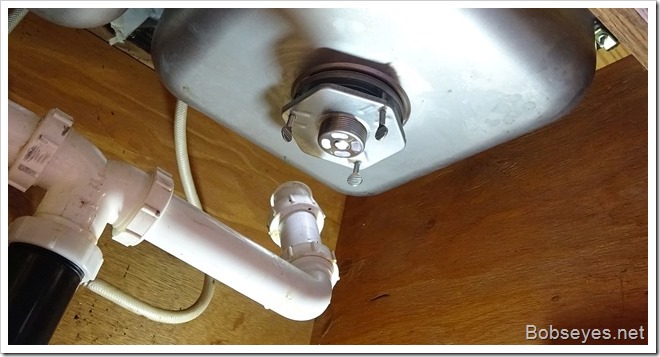 Another leak and the test

Once that side was done I took off the other side as it had been leaking for a long time and was a mess. I cleaned it up and applied a new seal ring, adjusted and tightened everything up and gave it all the water test. 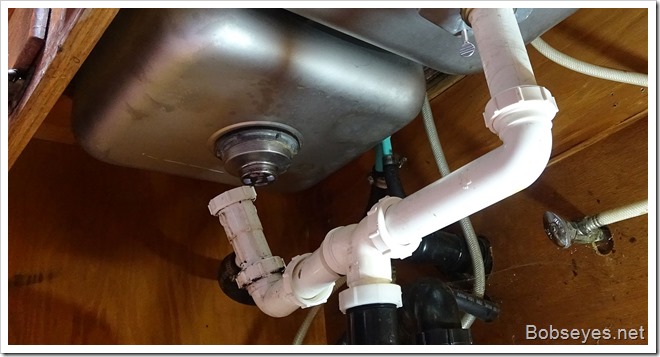 No leaks but I’m not finished yet as the water that was leaking for a long time messed up the inside of the cabinet so I will need to get some paint to fix it up so I left all the stuff out of there for now so it can dry up until I get some paint.

That was enough inside work for now as it wasn’t raining much outside where it was a nice day with an occasional light shower.

I let the chickens out to graze early and sat down and figured out what I needed for another gate, this one ten feet long.

Cut up the rebar and welded it up into a gate

Once I had it figured out, I got some rebar together and cut it up for the gate.

Here’s the new gate getting welded up. 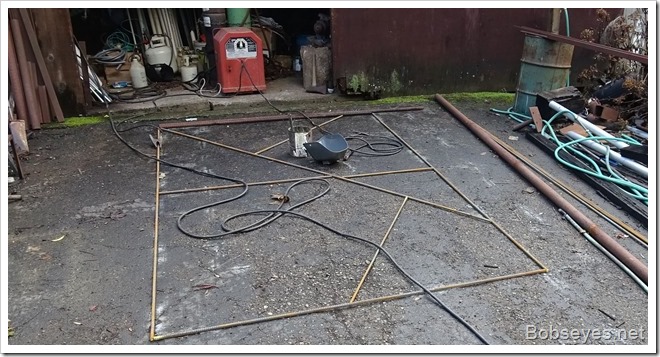 Once the gate was welded up I joined the chickens. I sat around and watched them do their thing. They seem to gather around wherever I sit. I think they don’t want to miss any goodies as I’m the goodie guy.

That was it for  me today for another nice one.