My main plan today was to eradicate the yellow jacket’s nest up where I was working on the old trail, but that wouldn’t happen until almost dark,

I found this old trap in my garage up in the rafters that I had forgotten about. I thought it was a crawdad trap so I got it down and was going to fix it up. That’s when  I realized it’s some other kind of trap, although, I think it would catch crawfish too. It’s rather bent up and needs to be straightened out. 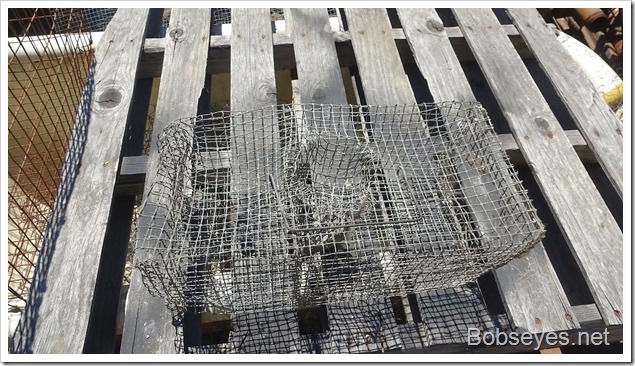 It’s hard to see, but I did fix it up a bit and put some new doors on it. It has a one way weighted door in the middle of it that things have to go through to get trapped in the box. 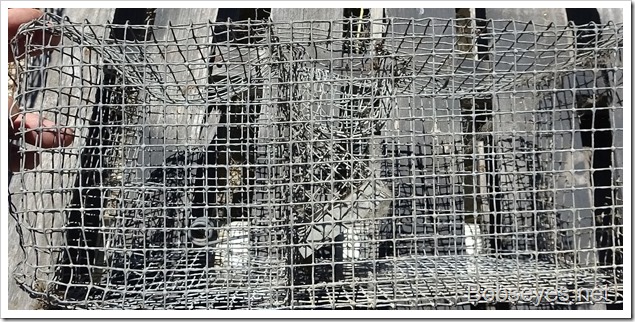 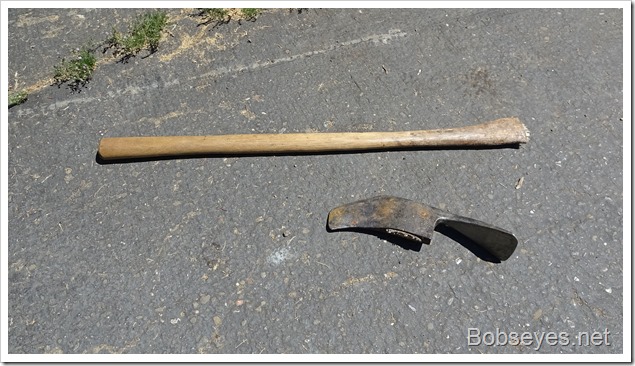 Once I got the piece of wood out, I checked to see if the old  handle would fit with a bit of work on it, but no. There wasn’t enough wood on the old handle to hold it in the head.

But at least now I can take the metal  head to the hardware store to get the right handle for it.

I did some chair hopping around the yard and ate some grapes that are just getting ripe and did some napping too as I was waiting for the day to end so I could deal with the yellow jacket nest.

Just after 7, I got my bottle of gasoline and headed on up to the work area on my quad runner. 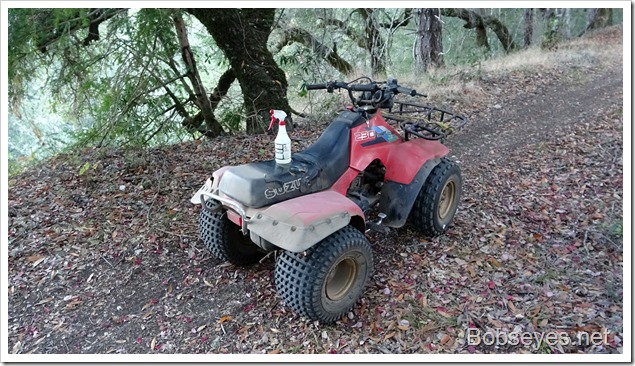 Use the spray bottle or what

I don’t normally use a spray bottle for this task but the nest hole was up on the side of the hill in some leaves and I was thinking this might work better than just a bottle to pour the gas into the hole. I had time to make up my mind about that as I needed to wait a bit to let most of the yellow jackets come home.

In the mean time I walked on out the trail and sat in a chair. Every once in awhile I’d get up and go check out the nest area to see how many yellow jackets where still returning and to make sure I knew where that hole was as there where some small sticks over it so I couldn’t see it. 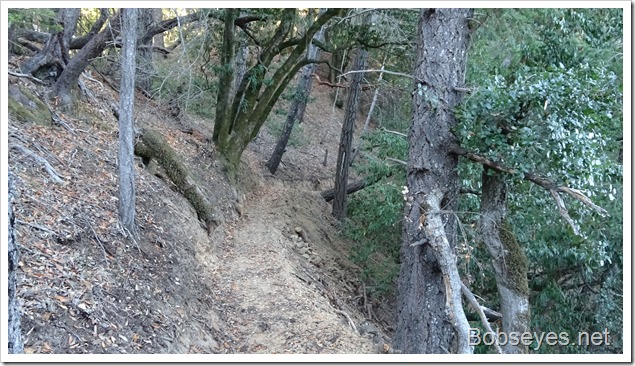 The nest hole is up in the  leaves above the bottle in the leaves about six feet. I needed to curve a couple of steps up to it and not get stung so I waited until almost dark. 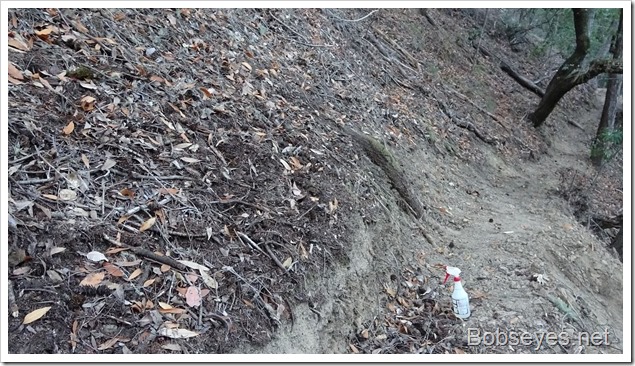 A couple of small steps

A little before dark I used the Pulaski to curve the small steps, very carefully as not to disturb the critters there. I was successful of that and no bees came out of the hole and they seemed to be quiet.

The process and how it works

Now, here’s how this has worked in the past. I find the hole and then come back after dark with a small bottle of gas, around a half a cup, it doesn’t take much.

And I have a light in one hand, not on your  head as that’s not a good idea, because if they come out of the nest they fly right to  the light. Hold the light in a hand off to the side just in case.

Pour the gas into the hole

I thought about using the spray bottle but I thought I might not get enough gas in the hole or I might miss it if I waited until after dark, so the final decision was to just pour the gas into the hole like I usually do.

And I decided to do this before it got dark as they seemed settled down and most of them seemed to be home. I just had to be fast.

Time to eradicate the yellow jackets

I approached the hole with the bottle of gas and all was quiet. I made the move and poured all the gas into the hole area and it was still quiet so I retreated just in case and took the empty bottle up the trail a bit.

Once I got rid of the bottle I went back to the hole area carefully listening for the load buzzing I expected I heard it.

When you pour the gas into the hole the fumes get to them real quick and they start to buzz likely to clear the fumes but it’s ‘no use. The load buzzing dies down in less then five minutes, which I stayed to witness and then I left.

Do not ignite the gas, not a good idea and not needed

I’ve heard of people igniting the gas but that’s a no, no. Don’t do it as it’s not needed and you might bite off more trouble than you can handle. Gas is explosive and it’s also not a good idea to start forest fires.

I’ve used this method a lot in the past and it works real well. They do sell a spray can that I think is full of white gas to do this, but my method is better I think.

I didn’t get stung and I think they will be mostly all dead by tomorrow. The gas acts quickly so they should all be dead by now.

At any rate, it was  no use hanging around and I headed for home on my quad runner.

This was the view just as I rode off towards home. 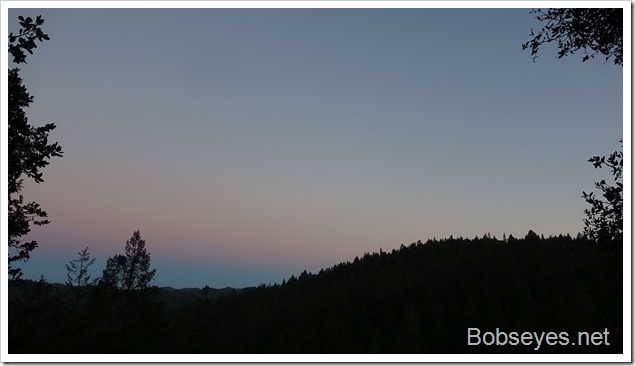