Kayaking Was Off So Did Some Work and Puttering Instead

I could hear the pitter patter of rain drops this morning as I was getting it going for the day. That curbed my thoughts of kayaking today.

It was just a light drizzle most of the time and it stopped once in awhile.

During one of the times it stopped I grabbed a shovel and walked across the road to where I did the pipe creek crossing repair a month or so ago.

Here’s the first side I worked on. I put the insulation back on and put the white pipe on the right on to protect it. 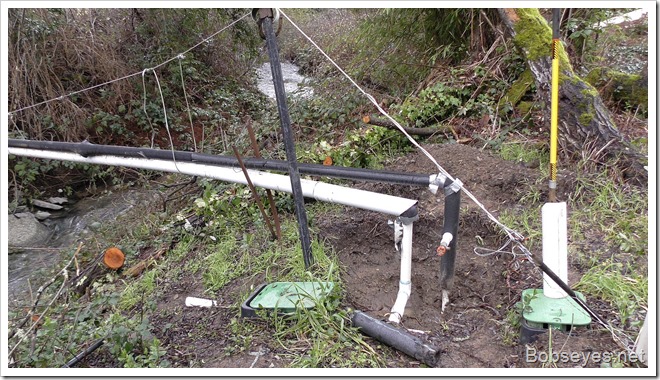 Then I shoveled some dirt back in the hole and around the pipe. 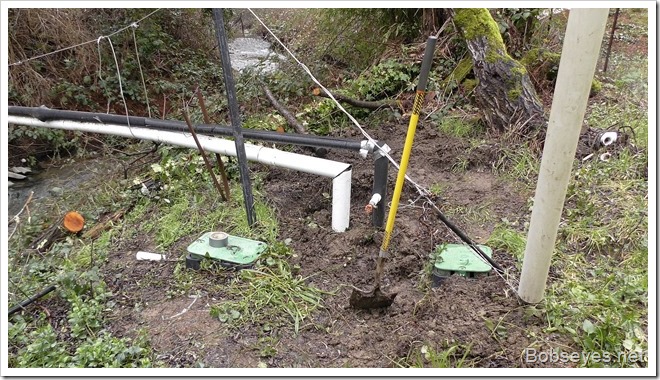 And on the other side

Next I needed to do the other side so I had about a half mile walk to get over there to do it. 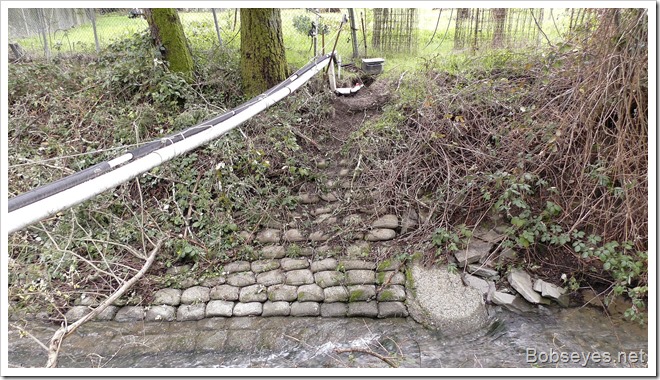 This is the other side which just needed the valve box put back in and some dirt put around it and the pipes. 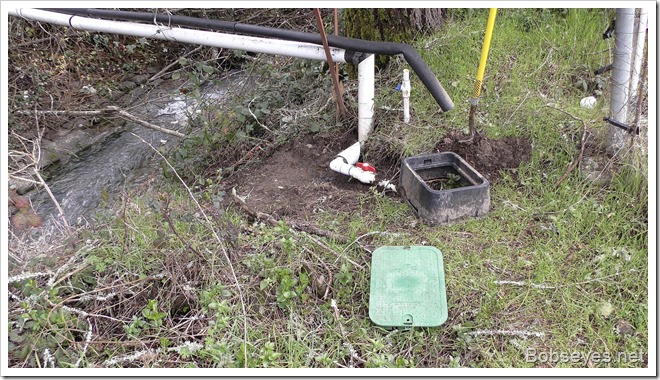 That should do it all covered up. 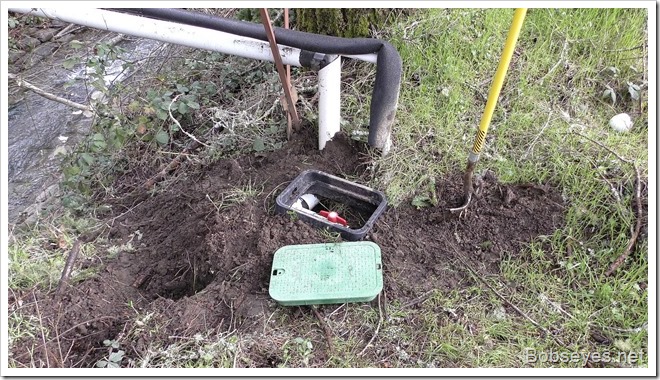 Heading back to the house

I walked back going through here. 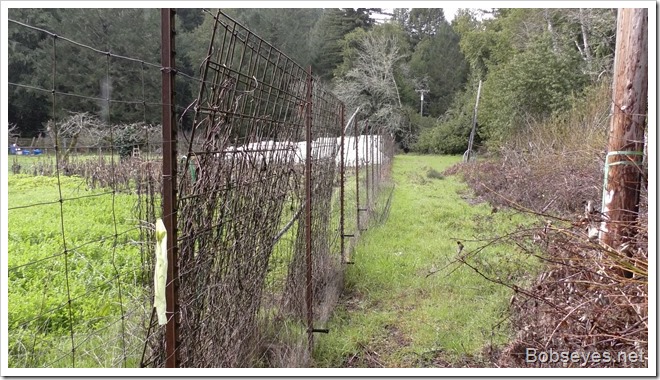 The light drizzles had started again before I was finished but they were so light they almost didn’t’ get me wet.

Once back I was cold so I fired up a cup of coffee.

After that I went outside to let the chickens out to graze. I open the get and they rush out. 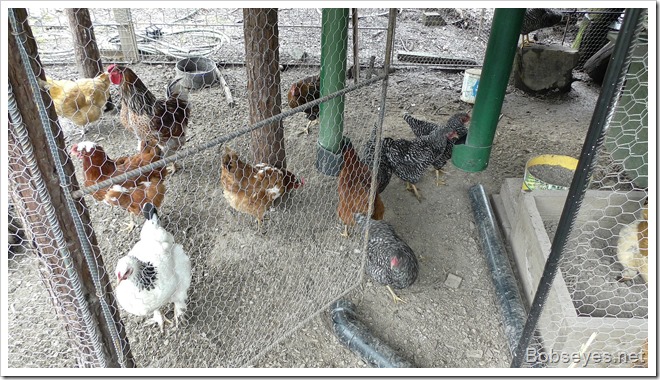 Here’s the chickens just as they get out into the grazing area. I sat with them for a bit but eventually went back in the house to warm up a bit. 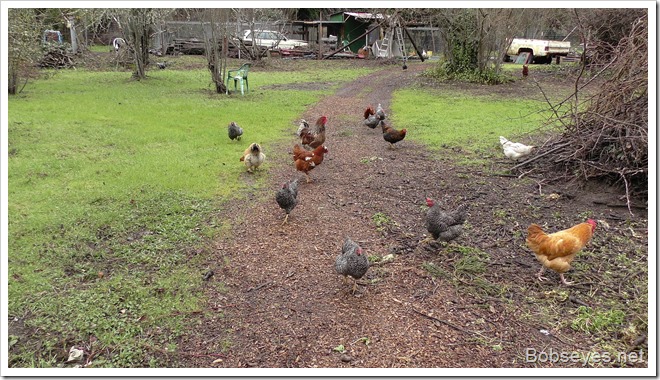 Where to plant the apricot trees and puttering

With the drizzles and showers and being a cool day not much else got done. I puttered around the yard a bit and thought about where I wanted to plant the three Apricot trees I’m going to get from my brother Mike in a couple days.

Poking around the chickens pen I discovered some more rat holes they bored to get into the pen so I put some rocks in them. They’ll likely just make more holes around the rocks but if I keep plugging the holes with rocks eventually there should be more rocks than holes.

That was it for me today. I closed the chickens in their pen and went in the house for the day.