Yesterday Steve and I decided to do the upper Sixes river kayaking down from 4 miles up at a place called Edson down to highway 101 at a place where the Grainger’s is where the river crosses the highway.

So around noon we loaded all the gear in my van so we could do a shuttle. We parked his rig at the Grainger’s and drove my van up to Edson and put the boats in the water. 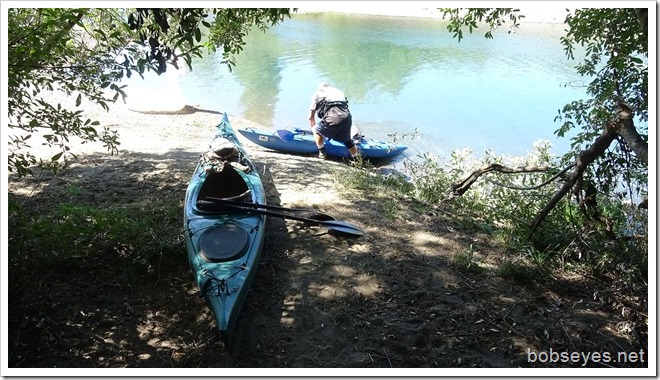 We got off to a good start but it was summer time and we knew we’d have to walk our boats through the shallow spots when needed. 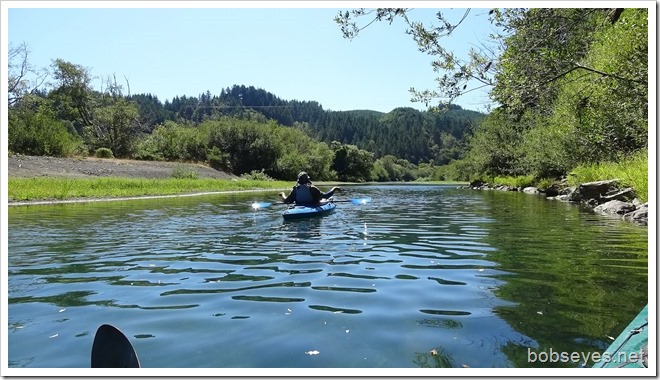 It wasn’t long before we had to get out and drag our boats a bit. It’s sorta like walking your dog. 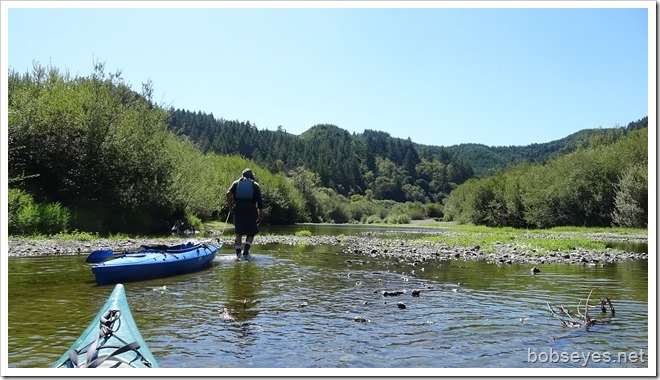 And there were some shallow spots we were able to just push our way through. 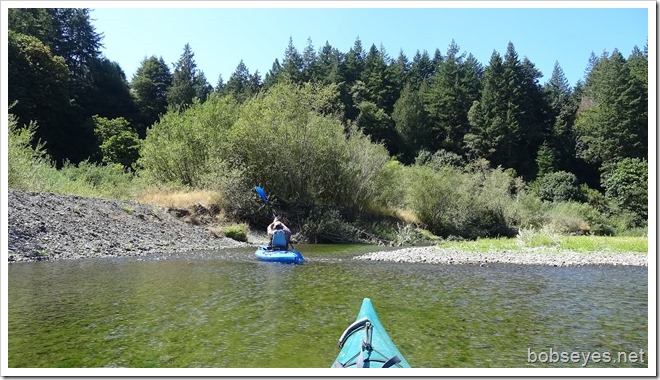 There were lots of spots we could just drift down the river. 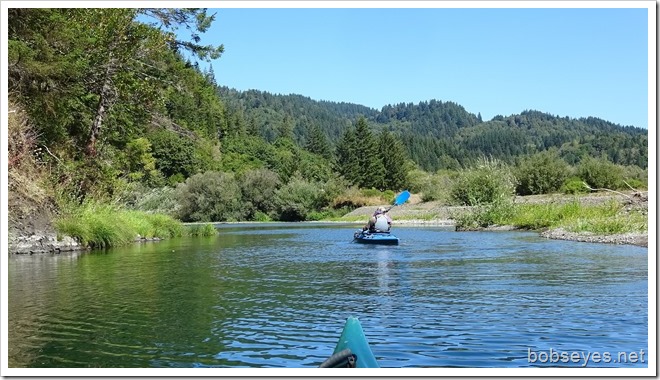 And lots of spots we had to walk our boats. I think we walked about a mile out of the 4 mile trip. Walking wasn’t really too bad and gave us some more exercise. 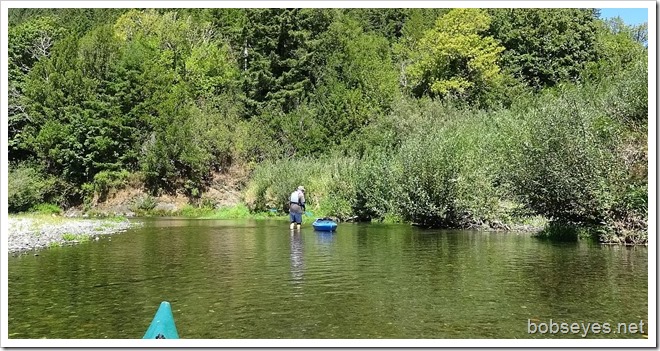 We continued along at a slow pace. 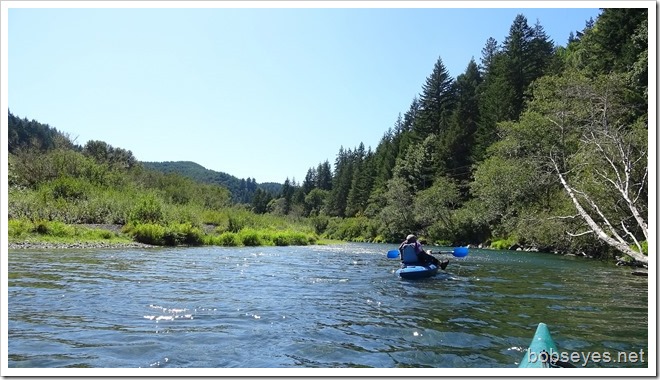 We were stopped here for a break when this dog came by to check us out, but he didn’t get too close. 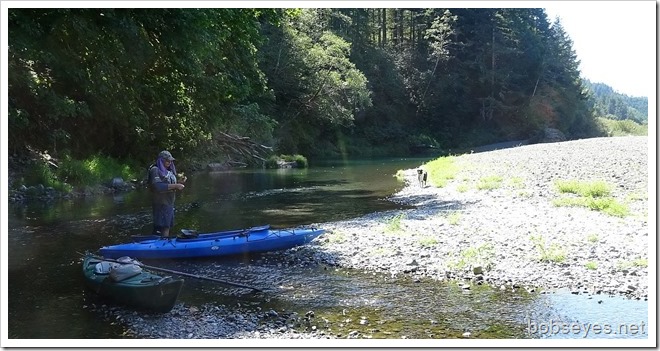 When we took off the dog followed us down stream a half mile or so. 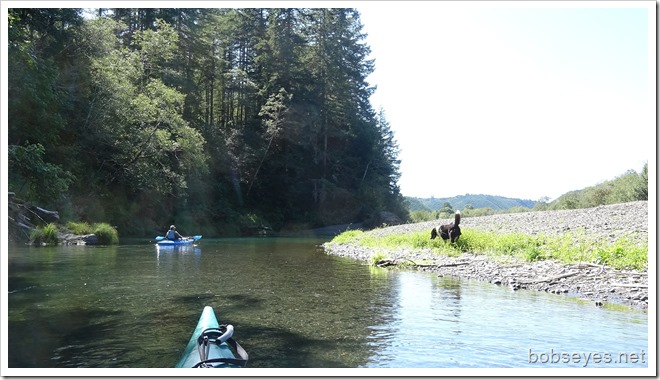 Ready to get out and walk

Feet up and ready to get out is the way we traveled a lot of the time. 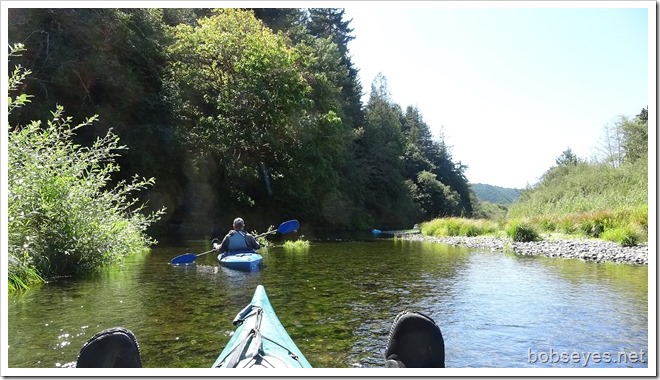 This slot was narrow but we made it through. 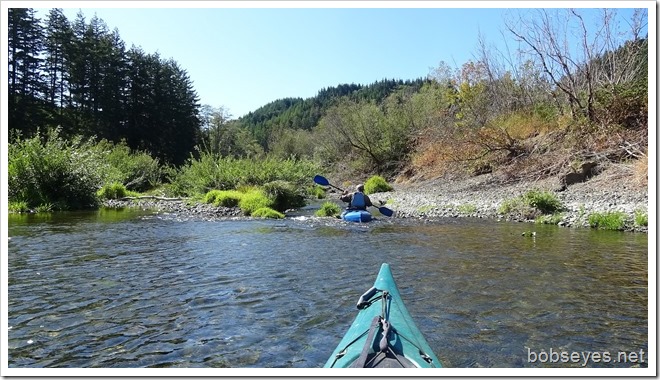 Here we are almost at the take out. That’s the highway 101 bridge we will go under to the pull out at the Grainger’s. 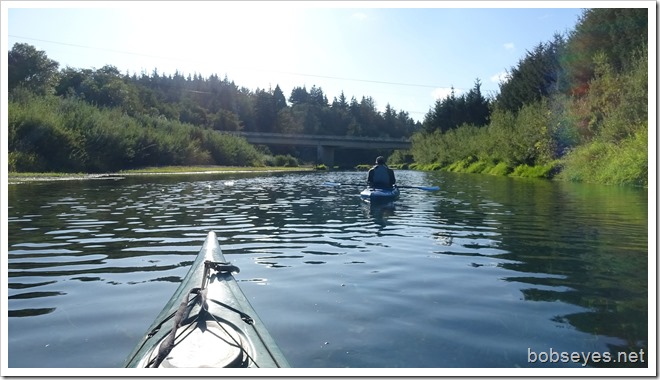 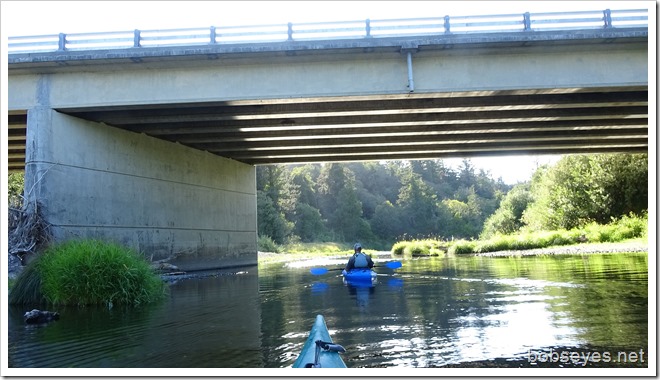 We landed at the Grainger’s take out here around 5:30 so it took us around 5 hours for this trip. 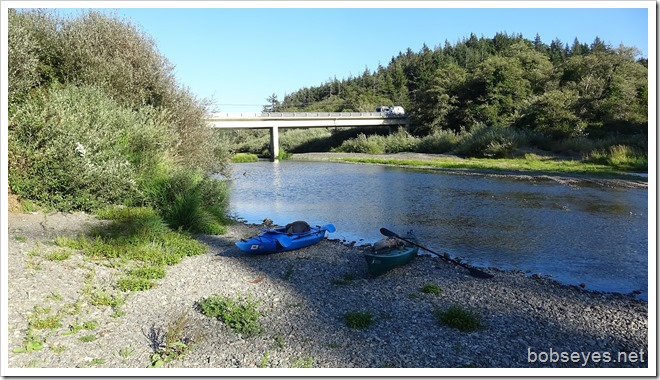 Steve loaded up our boats and drove me back to my van were I transferred my boat. 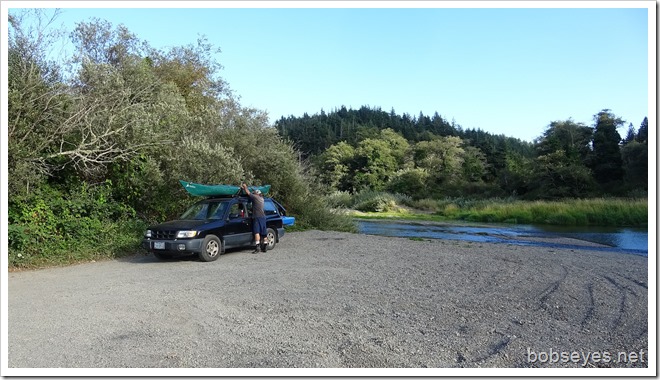 That was a good trip and wore us out nicely so bed was early this night. The walking we did wasn’t too bad and I’d do that trip again as it’s a fine river to yak in. We were the only ones in boats on the river as we didn’t see any others during the trip.

Today we needed to rest up a bit. I went over to Steve’s to see if I could get his computer going, but he didn’t have any of the disks or backup stuff and he’d trashed his hard drive so I wasn’t having much luck.

Another messed up computer

He drove down to where he works and the guy there gave him one of his old computers for us to get going if I could. That computer was even more massed up then Steve’s but at least there was a backup copy on the hard drive but it took a long time to get things cleaned up enough to make things work.

For awhile I thought the guys computer just wasn’t going to start the reload as it just wouldn’t go but I tried enough times that it finally started the reload to back to factory.

Here’s my work place today. I didn’t plan to be here all day but I was, until 8PM. 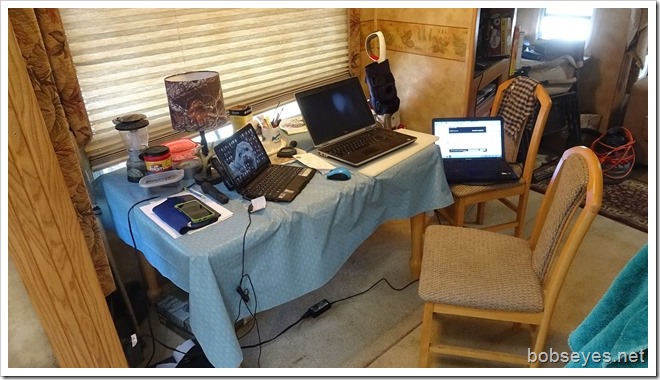 I got the computer loaded back to factory and then we started to get the Windows downloads we needed to bring it up to date and that’s where I left it as that could take a couple days or so. But at least it’s doing it.

I told Steve we need to kayak tomorrow as I didn’t want to spend all day working on computers for two days in a row.

So that’s it for another nice day just messing around with computers. I treat fixing computers as just another game.