Yesterday Steve and I talked it over and decided to go down to  the Sixes River estuary to kayak for the day. We got a late start but early enough.

We put in here at the Hughes House access area down near the river’s mouth. The tide was coming in fast and flooded the gravel just as we got our boats off the rigs. 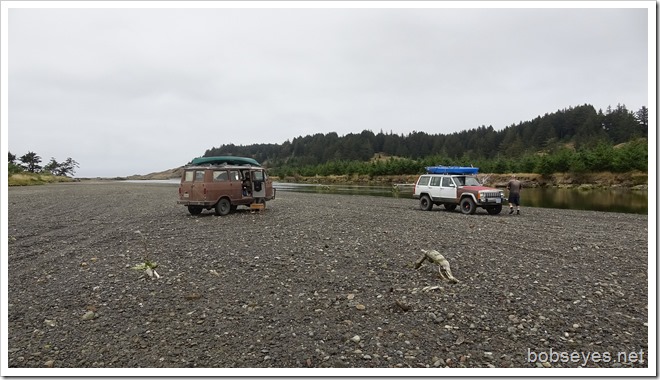 After going out and parking we headed down the river towards the ocean. The wind was down which was nice as it usually blows pretty hard in this area. 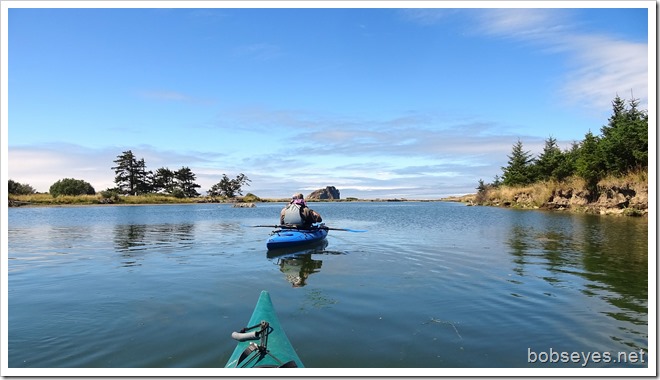 That big rock is in the ocean and that’s where we are headed. 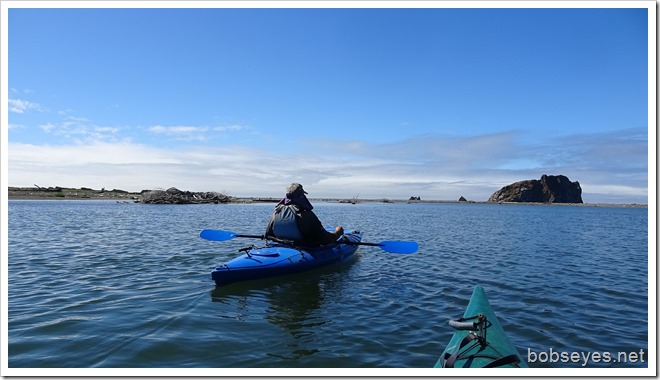 I saw something move on the beach so I told Steve to stop paddling until he spotted the otters. 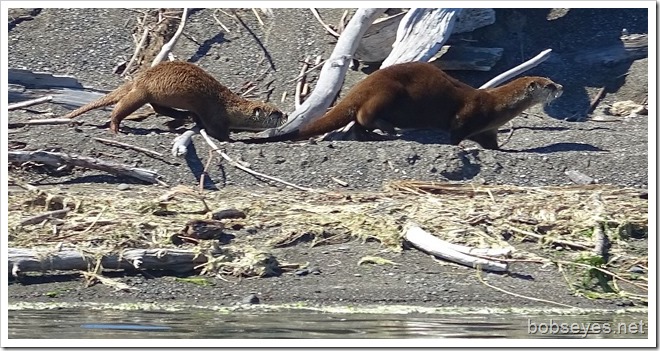 Walked on the sand

We continued on to the ocean which is just on the other side of this sand. We pulled the boats out here and went for a little walk . 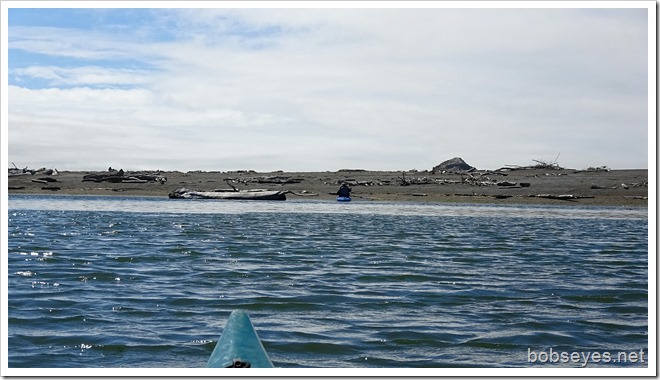 We hung around this area for a bit watching the ocean and taking it easy. 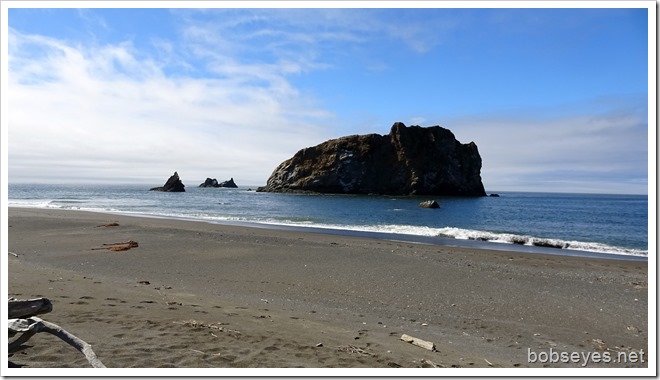 Eventually we headed back up the river going this way. 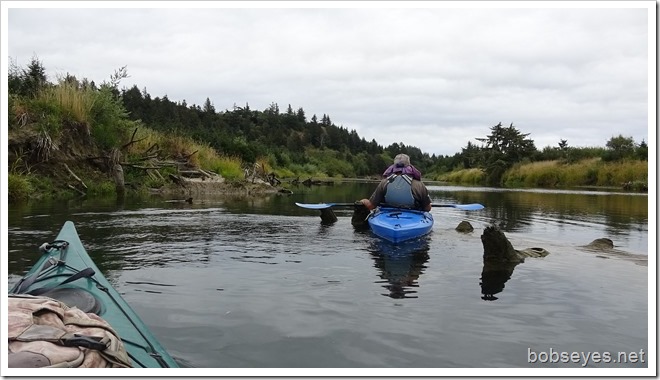 We paddled up about a mile until the river got too shallow where we turned back and headed back to load the boats up.

Almost back to the boat launch area. 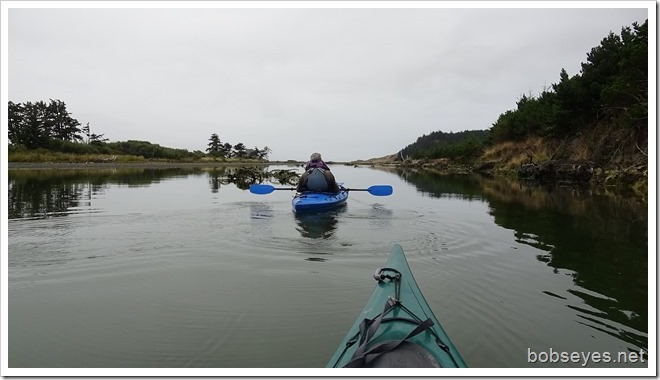 From there Steve went on home and I drove on down the the Port Orford harbor to have a look. 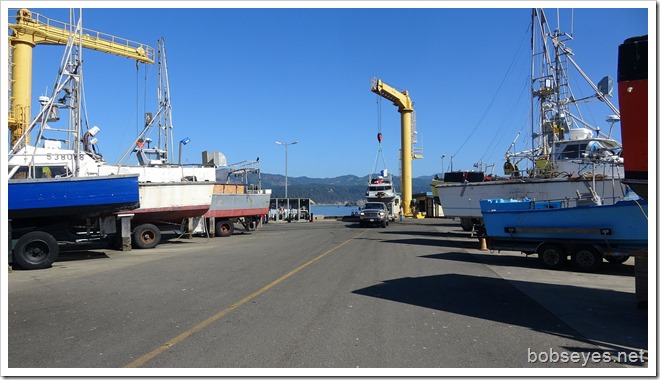 They don’t leave their boats in the water here but put them in and take them out each time they use them with this big crane. 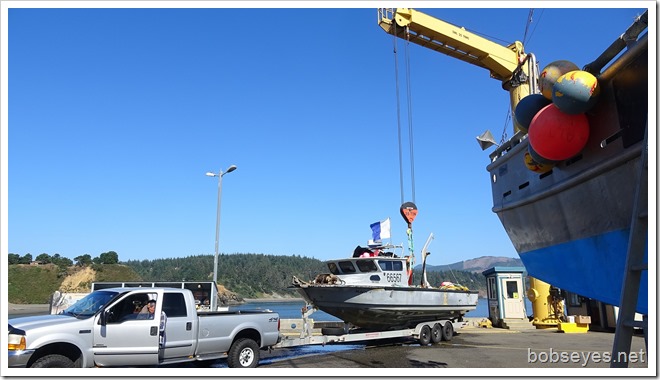 Doing that keeps the bottoms of their boats real nice and clean which must save them lots of money in boat maintenance. 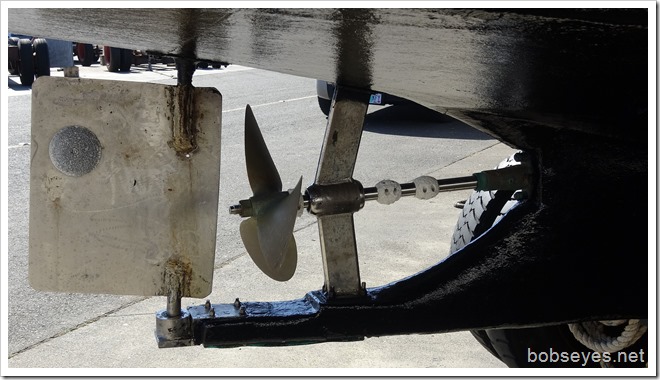 This guy is loading todays catch to be shipped to the processing plant. 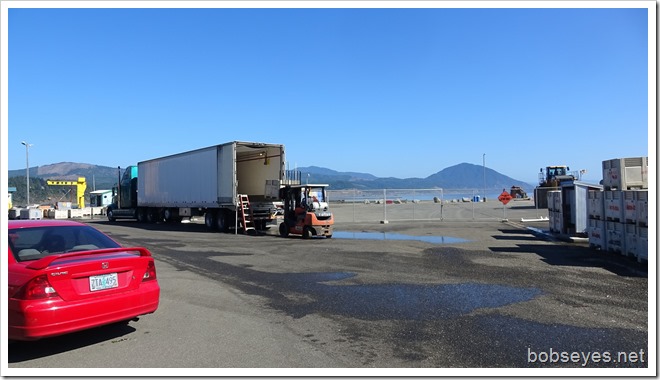 I saw a guy doing something here so went over to talk with him. 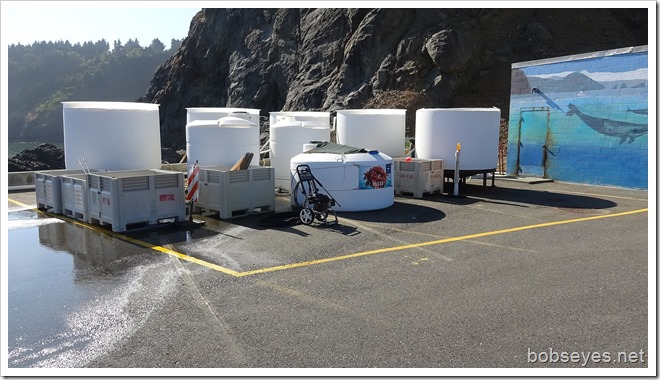 Turns out he’s raising this stuff. I said you raising kelp and he said no. He said it was a type of algae called Dulse and they were raising it for the domestic market. 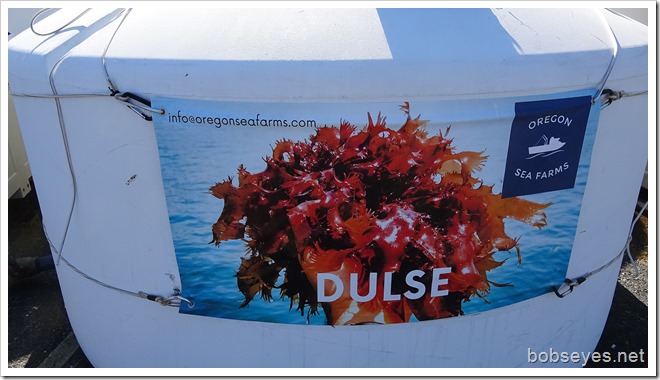 I went on back to my camp spot from there and that was it for that day for a nice one.

Today I went over to Steve’s place to have a look at his laptop that he said just crashed.

I had him write down the model and all numbers for the laptop but he miswrote one of them so I spent half a day trying to make things work that wouldn’t until I discovered his mistake. I started over but things still wouldn’t work. There appears to be something wrong with his hard drive and he didn’t have any discs for his window’s operating system so I had to go online to get stuff.

A ride to check out the Sixes

I set it all up to download which would take a long time and said to Steve let’s go check out the upper Sixes River to see if there is enough water to kayak down it so we drove off to check that out in his Jeep.

We stopped here at this camp ground to take a little walk. 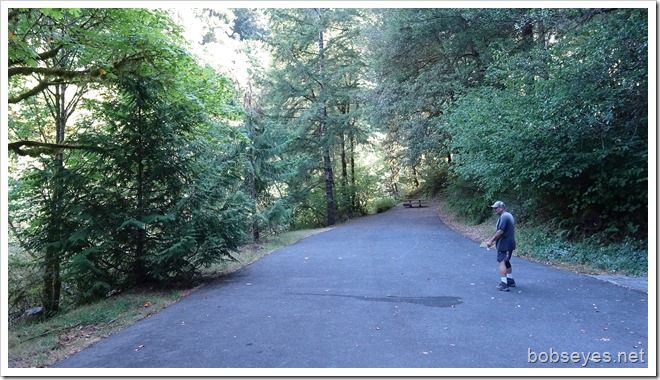 Steve showed me this hole where he was pointing out where he caught his big fish. 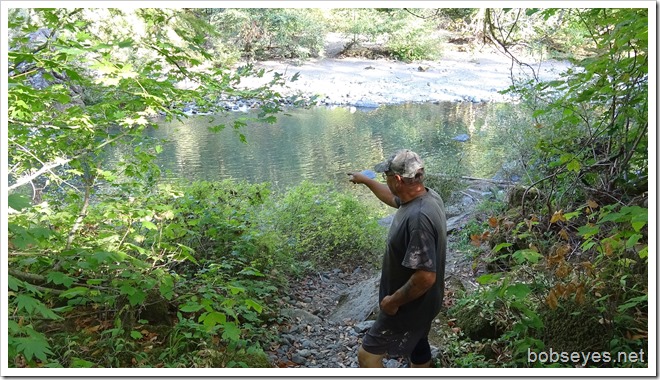 Then we drove down the river to this launch spot where we can put our boats in. 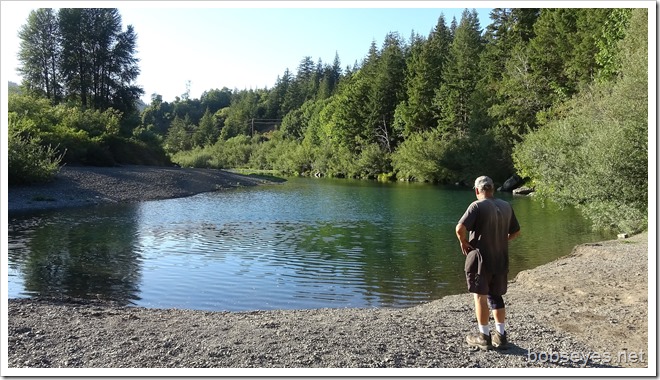 It looks like enough water in most places but I’m sure we’ll have to get out and walk our boats over quite a bit of shallow stuff but we can do it.

No luck yet with the computer

After checking that out we drove back to Steve’s house where I tried to get his computer to go again but I still had no luck so I put that aside for now so I can think about that.

On the way home I drove on down to see if anything was going on at the harbor and not much was happening.

Here’s Port Orford Harbor on the way driving in. 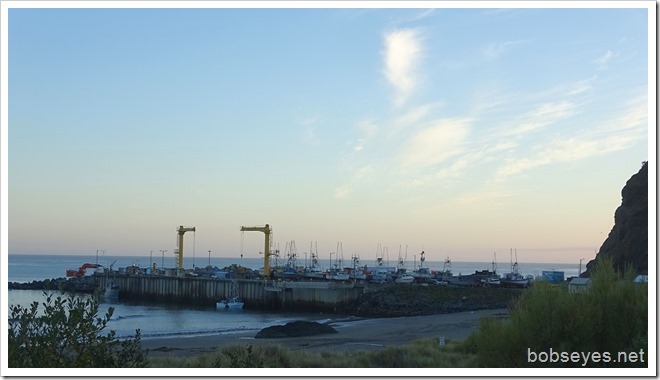 I parked here and got out and walked around to have a look. 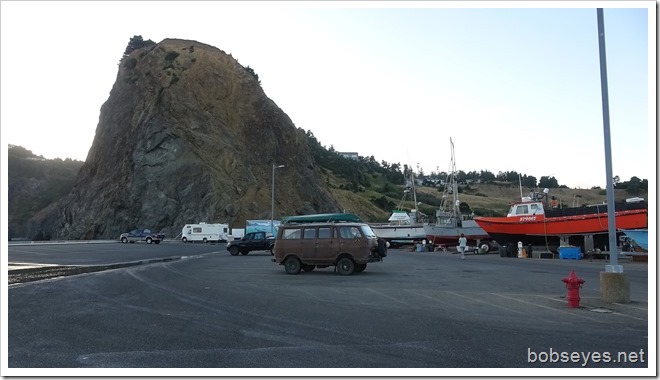 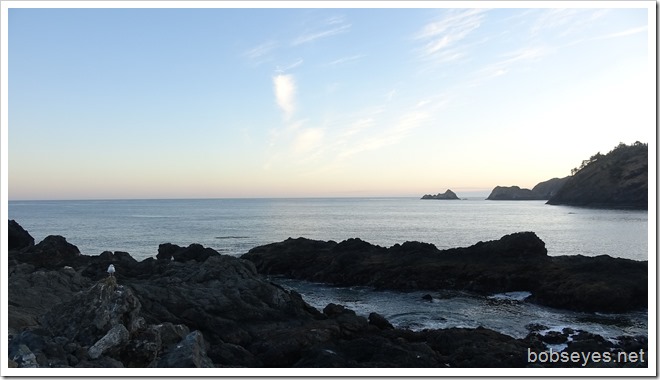 I didn’t stay long and drove on back to my camp spot and that was my day for another nice one even though that darn computer isn’t working.