Drifting down the Russian River

With the recent rains the Russian River was up and running fairly good.

I’d made plans to kayak from Monte Rio to Jenner today with Ray and his brother John.

We met at Monte Rio at ten and Ray and I drove down to Jenner to leave his truck for when we got there later to bring us back and we drove back to Monte Rio in my car where John was watching our boats at the boat ramp.

Here we are at the boat ramp. You can see the river is up about fifteen feet or so and a bit muddy. We are all experienced paddlers on the Russian River so we know what to expect and how to deal with it. 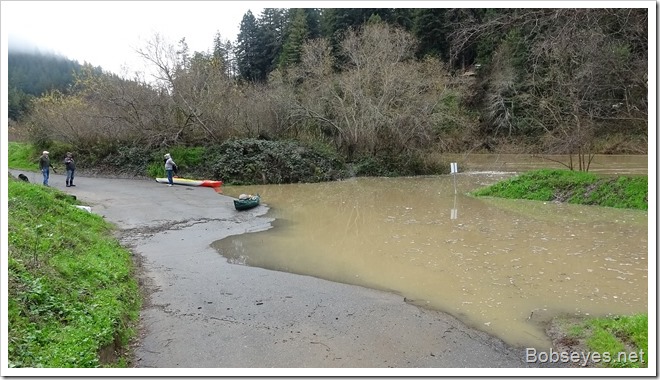 We put into a nice down river current and started our float down the river.

Here we are just above the Villa Grande pool about a mile down the river from where we put in. John’s on the left and Ray is on the right. 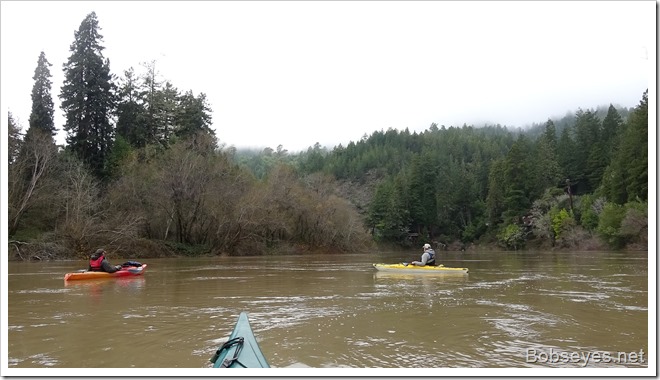 We continued on and saw some kind of boat up ahead. None of us wanted it so we left it there to continue it’s trip down toward the ocean. 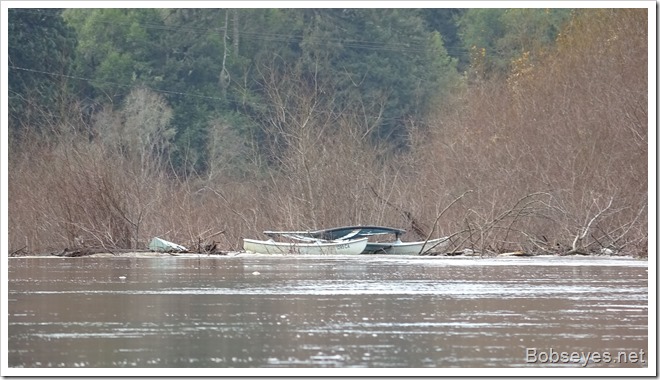 The sun came out off and on which made the day even nicer. 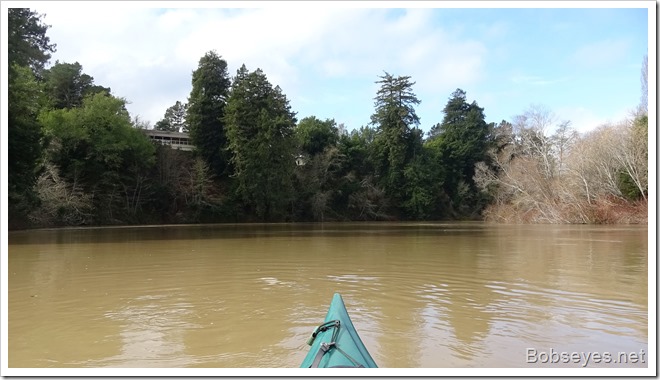 Ray said he wanted to paddle up Austin Creek a bit so we entered it here and paddled up a bit. We could of gone a lot further up the creek but after a half mile or so we decided to return to the river. 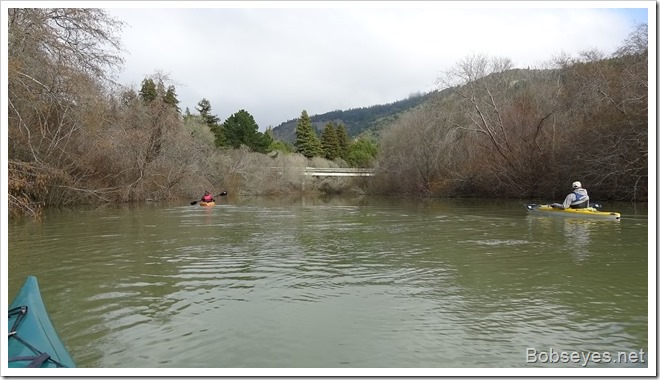 This is on the lower side of Casini’s Ranch RV park, which is just below Brown’s hole. 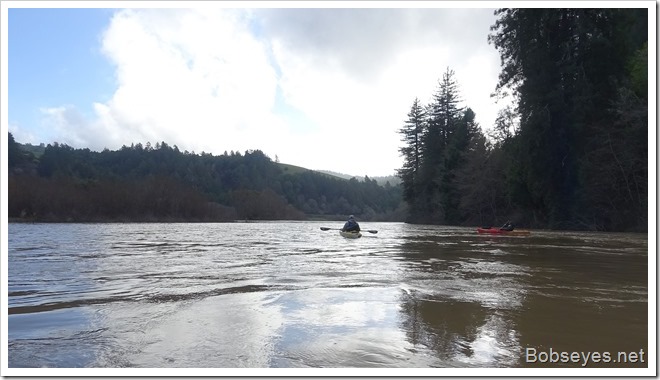 We were thinking of a stop for lunch in this area so we pulled into shore just up ahead a bit. 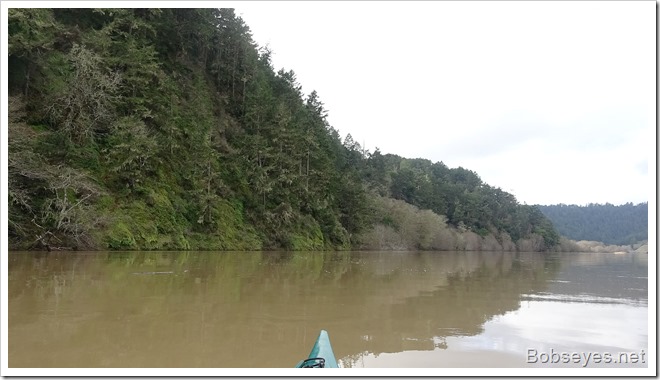 Here’s where we stopped and shot the bull even more. 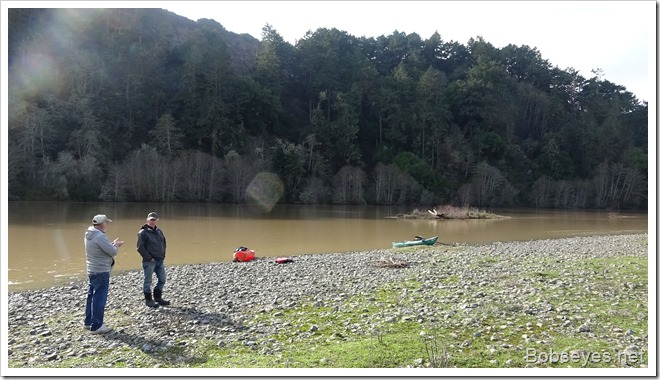 After a good break we put back in the water and headed on down the river again. 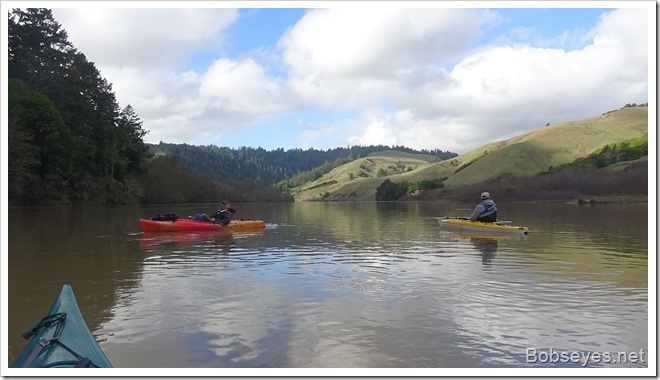 More sun as we approached Marcum pool just up ahead, the deepest hole in the river at about fifty feet. When the water really comes up higher it turns into a huge whorl pool, but not today lucky for us. 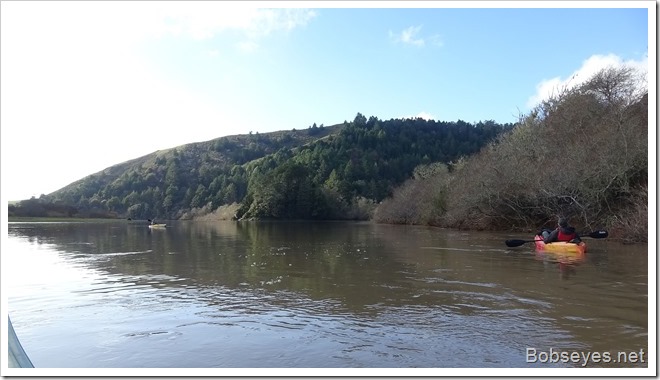 Checked out Willow Creek and a Bobcat

We decided to pull into the Willow creek area so we did.

Ray says there’s a bobcat over there by that clump  of grasses. Sure, which clump. I finally spotted it by looking which way Ray was looking just as it crouched down in the grass to hide as there wasn’t  much it could do to hide where it was. 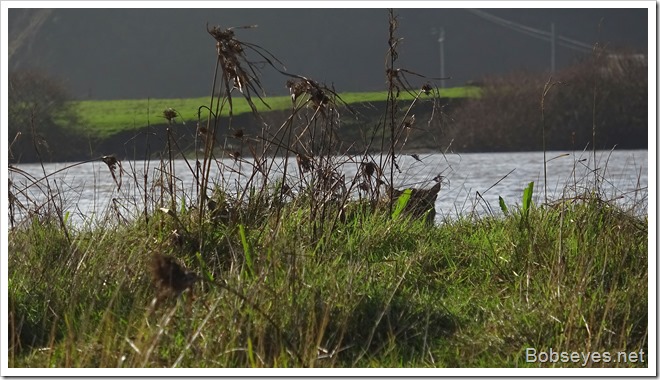 We got a bit closer to see what it would do and it finally bolted to hide in some brush off to the right so we continued on into Willow Creek.

Here we are going under the bridge at Willow Creek. You can paddle up the creek about a quarter of a mile or so before tree’s block the way. 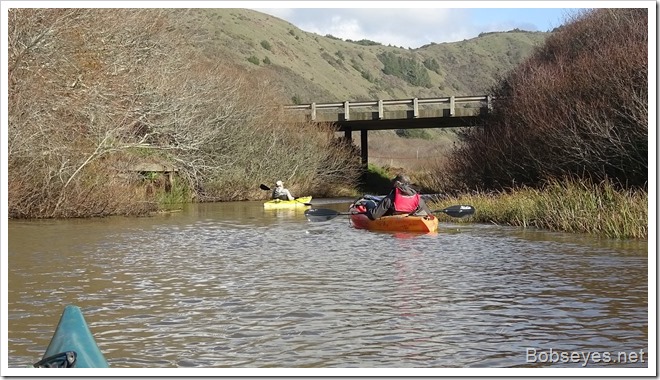 We paddled on back to the river which looked like this as we drifted down in the current. 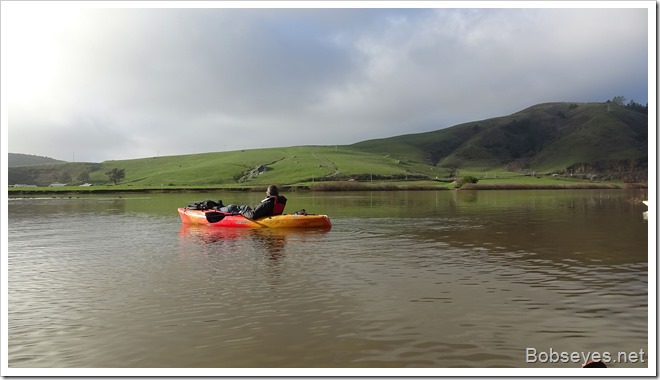 It wasn’t long before we were almost at Jenner. 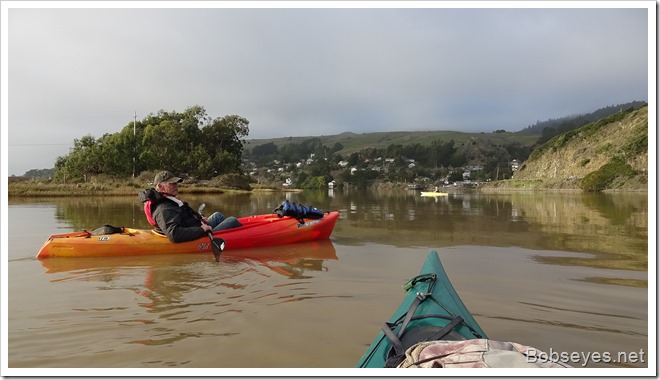 Pullout at the Jenner boat ramp

We made it to the Jenner boat ramp and pulled our boats out and loaded them in Ray’s truck and drove back to Monte Rio where John and I reloaded the boats onto our rigs and we all went on home for the day. 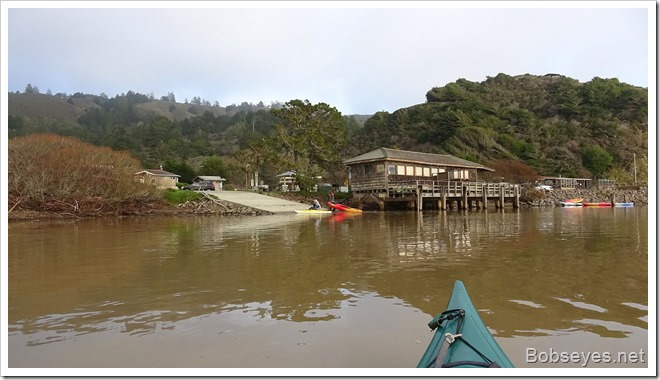 We put in about ten thirty and arrived at Jenner just before four. We were taking our time as much as possible or we could have been there a bit sooner with the current moving as fast as it was. This trip usually takes about 5 or 5 and a half hours if you take your time.

I went on home and let the chickens out to graze a little on the late side. But with the days getting a bit longer they stayed out a bit longer so it all worked out.

After I put the chickens away for the day I came back in the house and it was nap time and that was my day.

Nice day kayaking the Russian River with Ray and John.