Kayaking, Gardening and the Runt Chick Is Doing Better

Kayaking and working in the garden

Yesterday I went down to Jenner to kayak for the day, but when I was done I was too tired out to do a blog so today we’ll do two days of blogs.

I put the boat in the water and headed up river. I could see some white pelicans off to the right there. 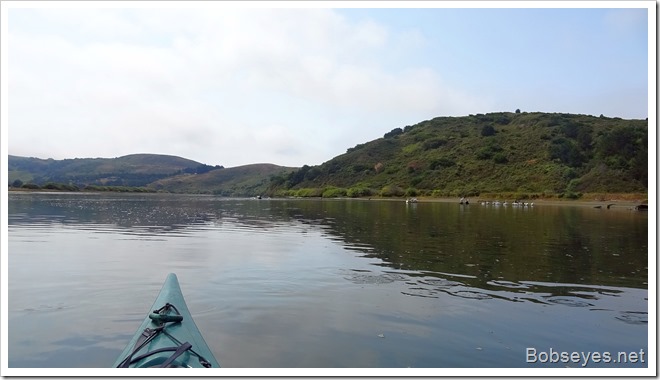 They were resting up doing a bit of preening. 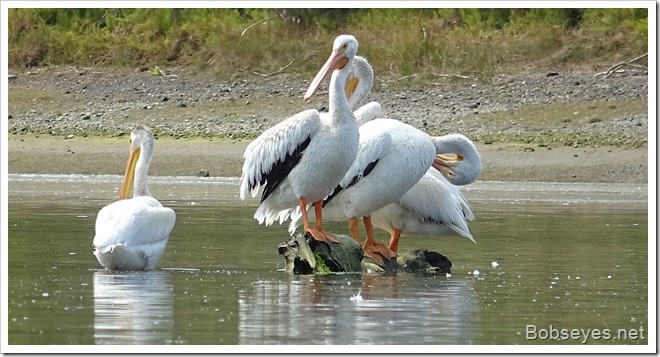 Some were resting up in the water. 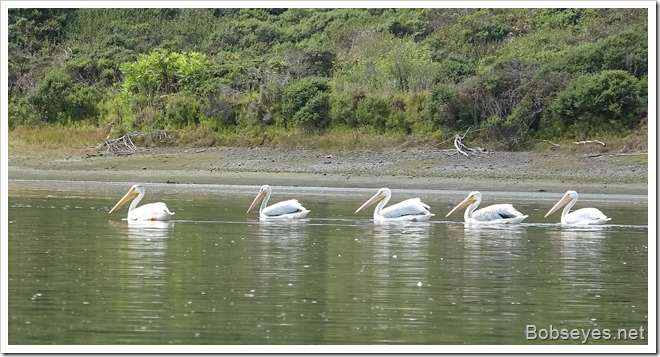 I paddled up to this spot and pulled in by the logs to watch for a few minutes. 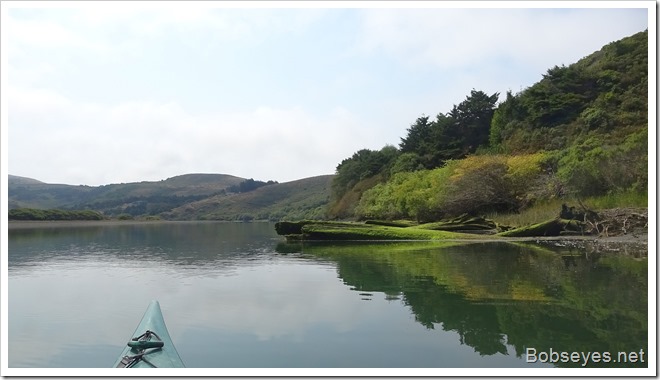 This harbor seal came by flouting on it’s back. It swam around like that for a bit. Never seen this action before. 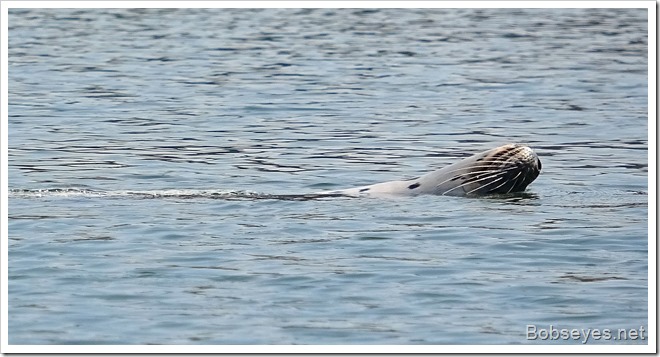 I slowly paddled up to this spot I call muskrat where I sat for a good while in my boat and watched. 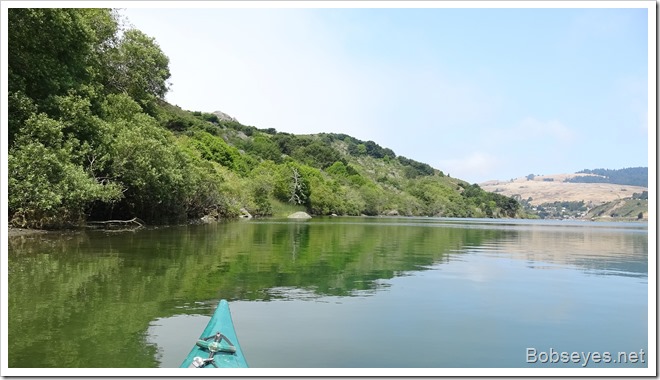 Eventually I paddled across the river and sat here by Paddy’s Rock. 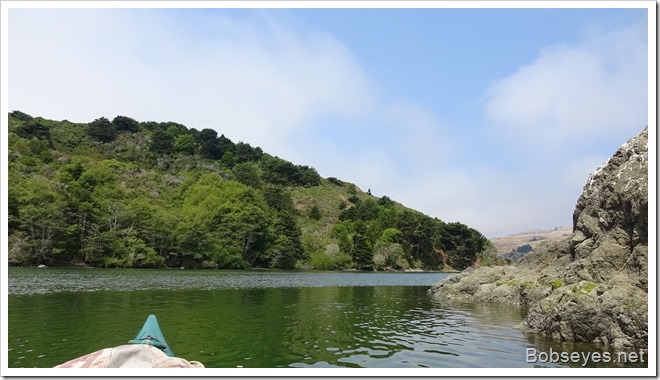 I could see the young bald headed eagle across the river in a tree resting. 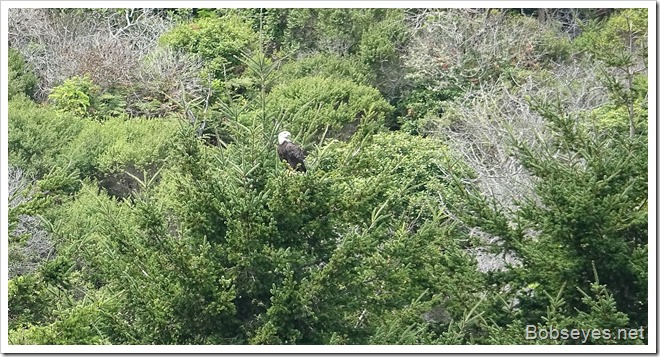 And behind the rock these pelicans and cormorants were resting. 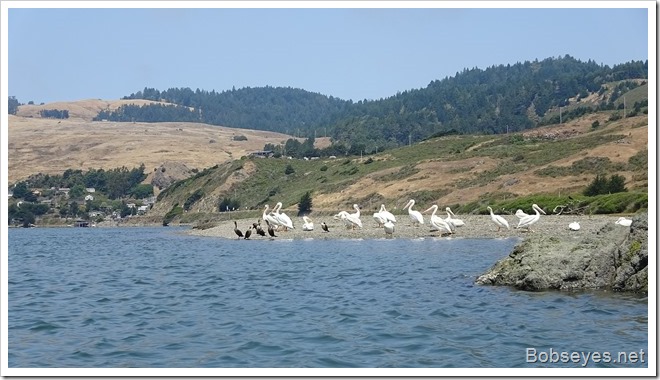 Shore and forgot my hat

I wanted to get out of my boat for a bit so I crossed over the river to this spot and went to shore. Note my hat is by the end of the paddle and I forgot it when I got back in my boat. 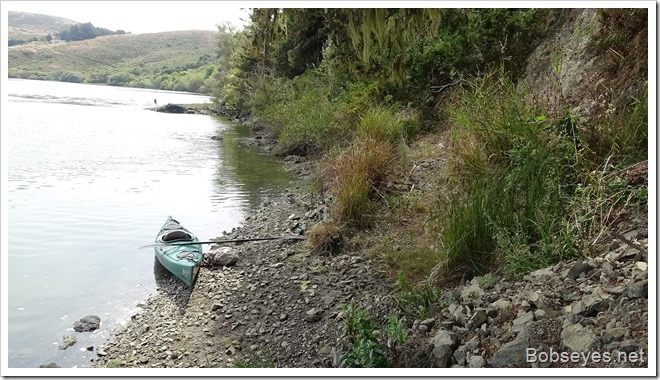 I hung out on the trail there for about a half hour or so just enjoying the day.

I got back in the boat and realized I didn’t have my hat on my head so looked around and found it on shore where I left it.

I didn’t want to get out of the boat again so I used the paddle to retrieve the hat and was off headed down the river. 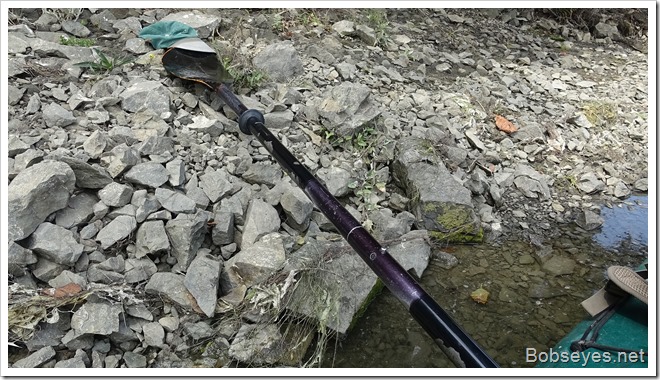 There was a big flock of these little pipers flying around on the upper end of Penny Island as I went by. 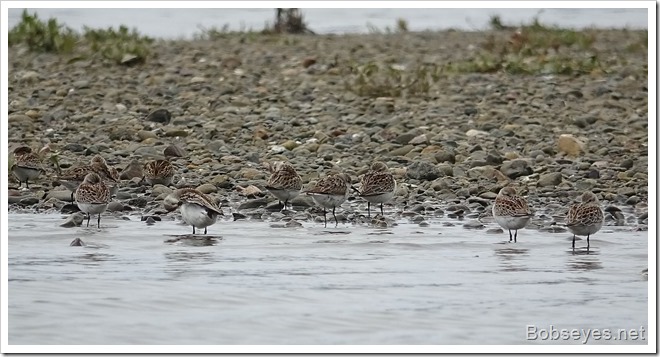 I had to wait at the boat ramp for some real slow ladies to get their boats in the water as they were blocking the ramp so I sat in front of it in my boat and saw this otter swim by so watched for it. It was fishing and came up with a fish. 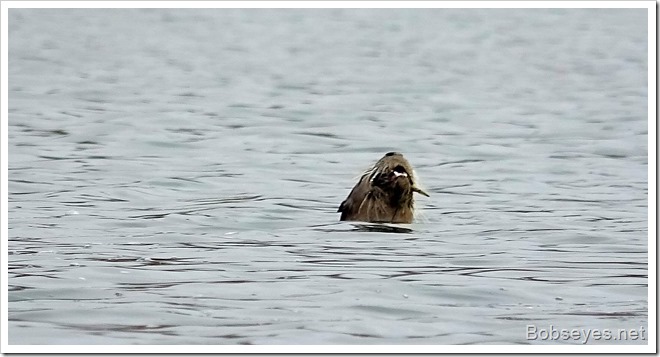 It always amazes me that an otter can pop up right in front of a lot of people and no one else see’s it, such was the case today. There were about ten people on shore and I was the only one that saw it.

Help out Charlie on the way home

Those ladies finally got their boats in the water so I hit the boat ramp and pulled my boat out and went to Monte Rio where I stopped in to visit with Charlie. He wanted some help finding out why his quad runner wouldn’t start. I looked at it with my electrical  meter, but he didn’t want to pull any covers off to hunt down the problem so that didn’t’ get fixed. I also looked at a laptop his couldn’t get going and neither could I so I took it home to work on it which I did that night and got it going. It’s still updating.

Today once I got it going I went out to the garden to see what to do.

I want to transplant some of these cherry tomato plants I stated from seed which I was going to do later in the day, but I didn’t get to it. 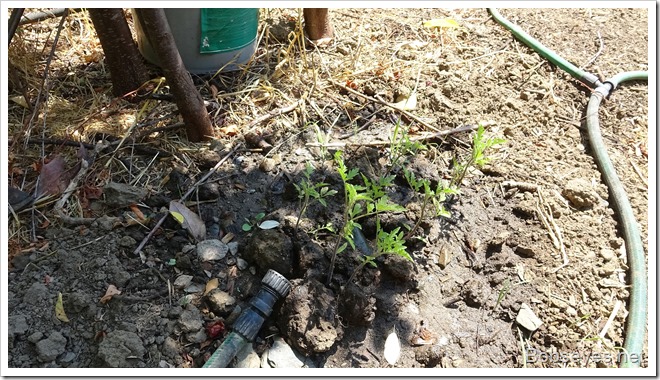 Digging up the blueberry plants

The blueberry plants in my blueberry patch need to be spread out so I decided to work on that today.

But first the raspberry plants

First I had to transplant the raspberry plants here in this corner to clear a spot for the blueberry plant so I moved three plants to another spot. 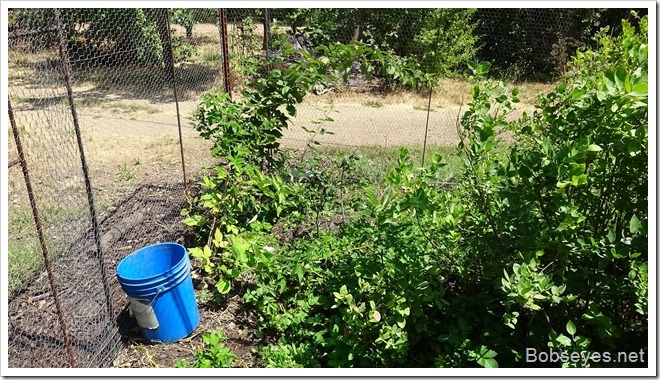 The bucket is for all the potatoes that got dug up in the process.

You can see I have a bucket of potatoes. I’m digging out this big blueberry bush to transplant it. In the process I moved a lot of the nice soil to a pile. 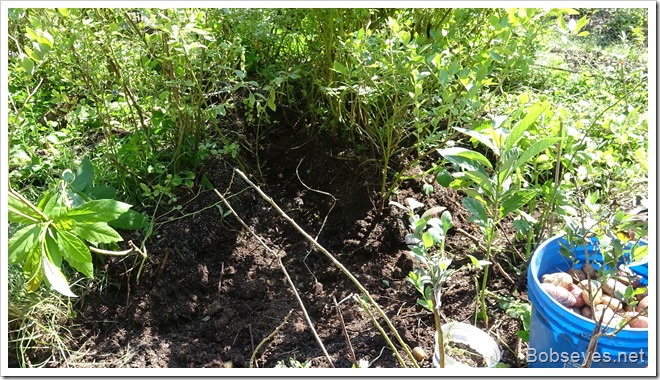 Moving soil to make a spot

I moved the raspberry bushes and removed most of the topsoil for a place to move the blueberry bush to. 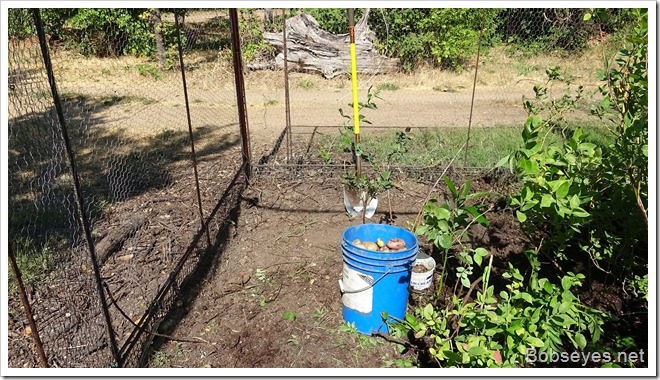 Here’s the pile of dirt I’ve moved so far. I’m storing the dirt here to use somewhere else. 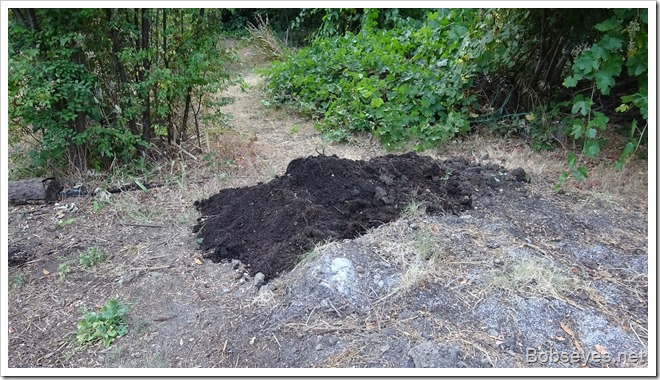 I pooped out in the afternoon so had something to eat and a nap.

When I got back to it in the late evening the automatic watering system had kicked in so things were all wet and muddy so I postponed moving that bush for now.

One chick not doing well

Two nights ago I found one of the older chicks standing by itself and not with the flock for the night. I picked it up and it felt like it was mostly just feathers. It looked a bit like a runt. I was thinking maybe it wasn’t getting enough food as the other birds might be too aggressive for this little guy or maybe it couldn’t reach the feeder as it was pretty small yet.

Cuddled up with the chicks

There wasn’t much heat in it, so I decided to put it in the pen with the smaller chicks for the night so I did. They were all cuddled up in their box.

The next morning I put it by the food and water and it started eating. I’ve been feeding it night crawlers when I can. It’s been with the chicks a couple days now and seems to be doing better 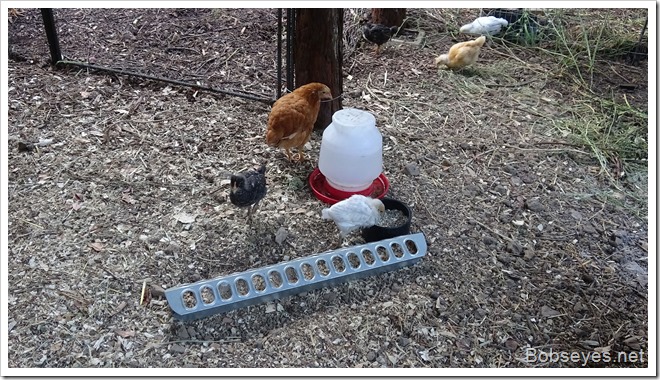 1 Response to Kayaking, Gardening and the Runt Chick Is Doing Better