Not ready for surgery yet

Today was a day to prep the van for a trip I’m doing shortly and I needed to get my brother’s golf cart repaired if I could.

But once I got it going this morning, I wasn’t in the mode to do the surgery that needed to be done on the golf cart, so I puttered at tidying up the van including checking the tire pressure. I had things to load and things to remove that I won’t need so I just puttered and took my time and had a nice day. I’m glad I decided to take a few days to putter around and prep the van for the trip as I’m enjoying it much more than if I was hurrying.

And because I’m taking the time I’m doing some tidying up that’s been needed done for a long time.

Like for instance I have a kayak cart that I made and take with me, but it’s always been more or less in the way and I haven’t used it yet. So if I could find another place for it, I could use the space it’s now in for other stuff.

It took awhile of trail and error and not having much success when finally I took it apart into two pieces and it was now small enough to stuff into a cabinet and out of the way.

Click here to see how to make a kayak cart

Ok, I’m ready to do the surgery

Eventually I moved the golf cart back into the shade and warmed my soldering iron up. 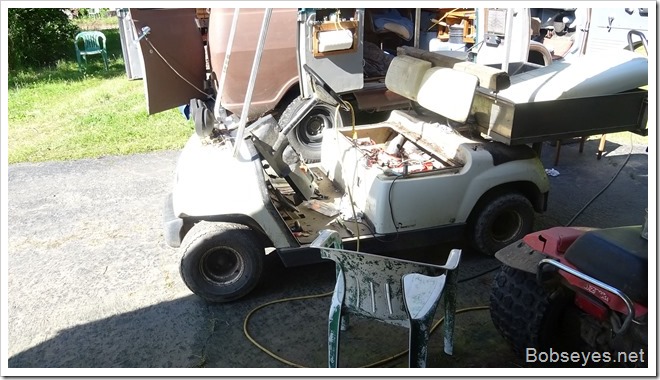 I cut the backup pin off and moved it into the run pin’s spot and then soldered that wire to the solenoid that makes the cart go. 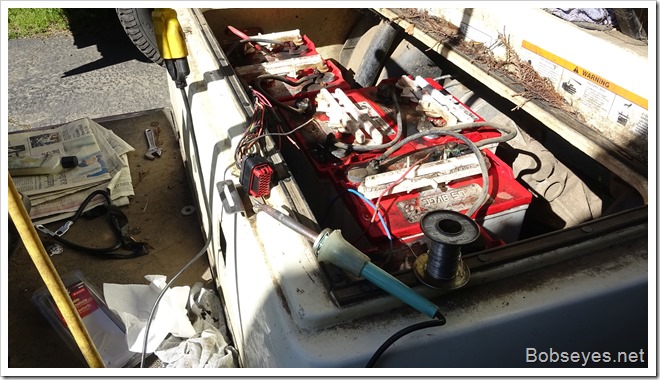 Golf cart should go but didn’t

I hooked the cart battery back up and tried it and no go, but as I was messing with it it started to work.

So I cleaned up the battery terminals and had to disconnect one of them to repair it and when I put it back on, the cart wouldn’t work. Darn.

I checked things out and was looking for a problem and not having much lock when my brother came by.

All it needed was a reset

He said did you reset it? I thought I had, but he reached over and turned the key off which I didn’t and then reset the tow, run switch and the solenoid clicked which meant it was working.

Once the cart was repaired I went back to work puttering on the van. I needed some clothes including a couple weeks supply of socks. I needed to resupply more food stuffs, so I made trips back and forth to the house.

During the evening I had most of what I wanted to do on the van done and can finish the other stuff tomorrow, so I took the rest of the day off and puttered around in the yard.

I noticed the roses are looking good. 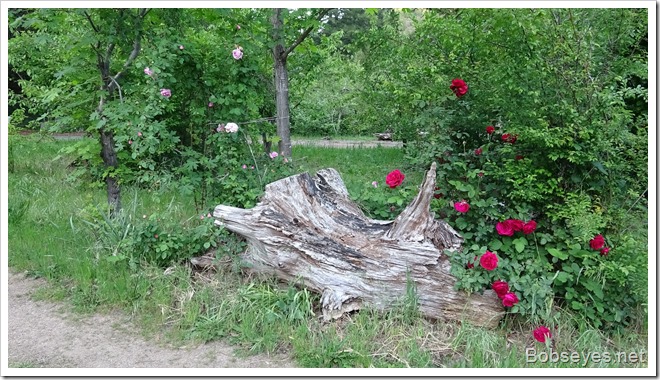 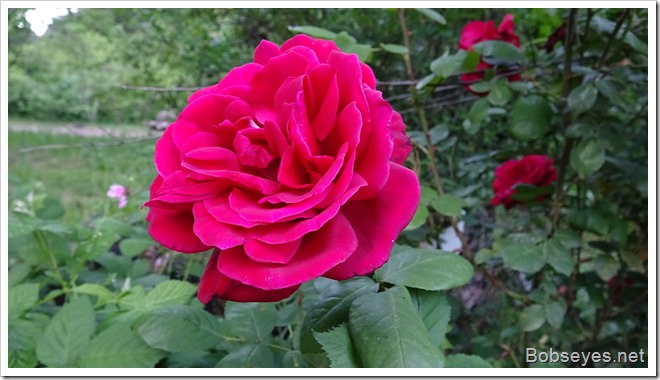 And some pink roses. 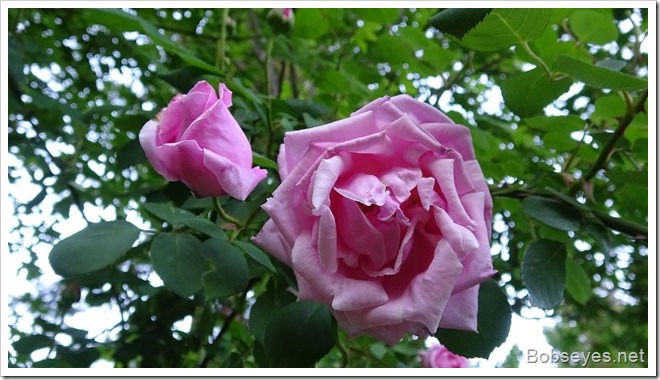 Potatoes needed to be planted

I had some potatoes in a bucket that I wasn’t going to get around to eating before I have to leave on my trip, so I needed to bury them so they would grow. I found a low spot in my garden and dumped them in and spread them out a bit. Then I got a wheelbarrow full of tree mulch and dumped it on them and it looked like this, all the potatoes planted with no fuss. 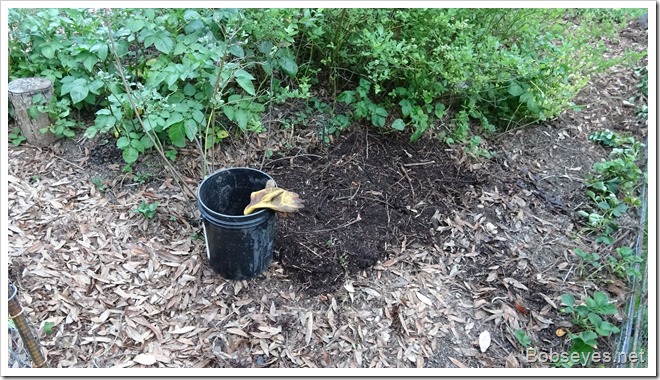 And the potatoes needed to be watered

Since I’m going to be away I needed to get the water system for the garden enclosure fixed up. Some of the jets needed to be cleaned out so I got a small wire to push through the hosed and unplugged them. It was leaking on the end so I put some silicone on the end cap to seal it and screwed the end cap back on. Once it dries I will set it up on the enclosure and adjust it to water while I’m gone on a timer. 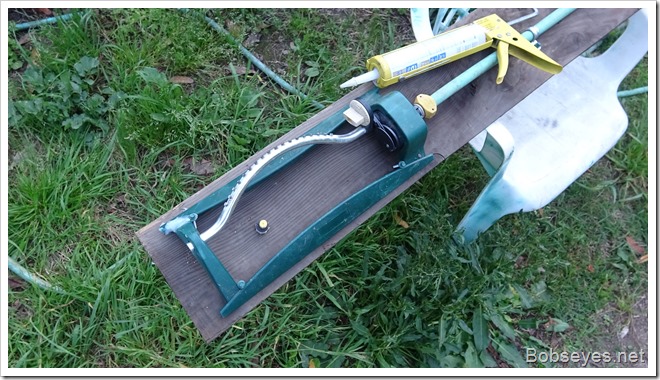 My brother came by and I asked him to keep an eye on the sprinkler while I’m gone to make sure it’s watering properly.

I spent the rest of the day chair hopping in the yard and that was my day for a nice one, just puttering around.