My brother Barry came by about noon. He had some wine he made and was giving some to our neighbors that live up in the hills so we were going for a dirt bike ride up there to delivery the wine.

He also bought me out a slightly used 42 inch TV screen. Now I don’t need a TV screen to watch TV as I stopped doing that many years ago, but he said he thought it would hook up to my computer so I said I’d give it a try.

Riding up to our neighbors place

So I called the neighbors to see if they were home but no answer so we decided to just ride up there and see, as they might just be outside.

As we were riding up along the high road I spotted a good view of all the mountain tops so stopped to get a picture, but.

When I reached for my camera I discovered I’d forgotten it back at my house so no pictures of our great ride today.

We found them working out in the yard. We shot the bull for awhile and then they offered us to pick some mandarins off their tree. I picked a couple and she said load up your pockets so I did and later I was glad I did as when we stopped for a break I ate some of them until they were all gone.

We go for a ride

Rob and his son have dirt bikes and said they’d go for a dirt bike ride with us. We first rode all over their place and I wished I’d had my camera as we had a lot of real good ridge top view with wild flowers most everywhere we went.

Then we rode over to our place and rode all over the roads having a great time riding and shooting the bull just like we used to do when we were kids.

After we were finished riding around our place Rob and his son Ross took off for home and Barry and I headed back to my house.

Barry was loading his truck up with woodchips when my brother Tom came by so we chatted for a bit. 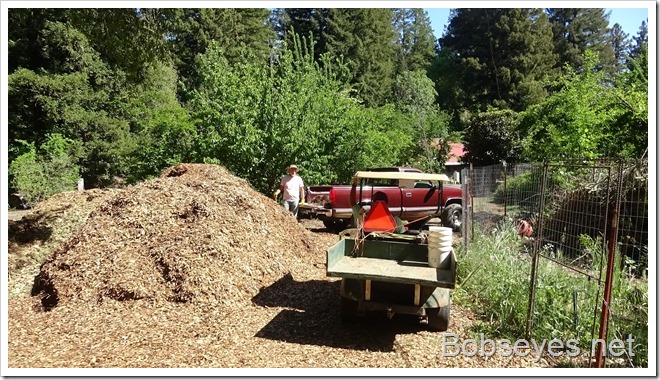 They took off and I puttered around the yard for a bit, a bit tired out from all the dirt bike riding we did.

In the evening I went out to check on my chickens. I collected the days eggs.

Here’s some of my chickens on the roost. Carmelo the rooster is in the middle with his hens all around him. 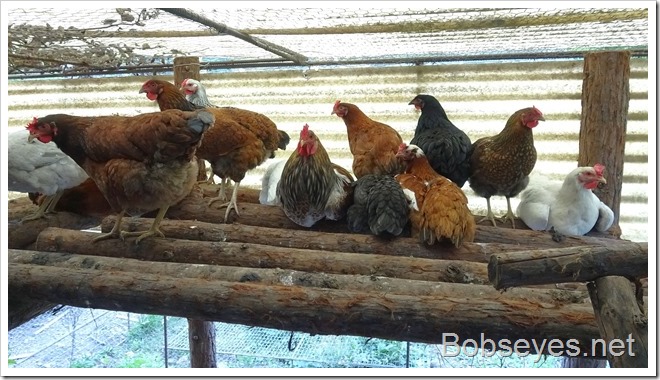 And here’s my other rooster, the white one with his favorite hens around him. 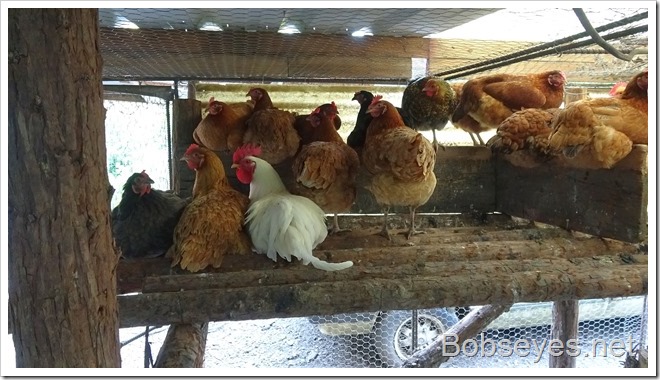 I checked on my brooding hens. I have five of them each in their own nest box trying to hatch out some eggs. The top was off this one for some reason so I put it back on. 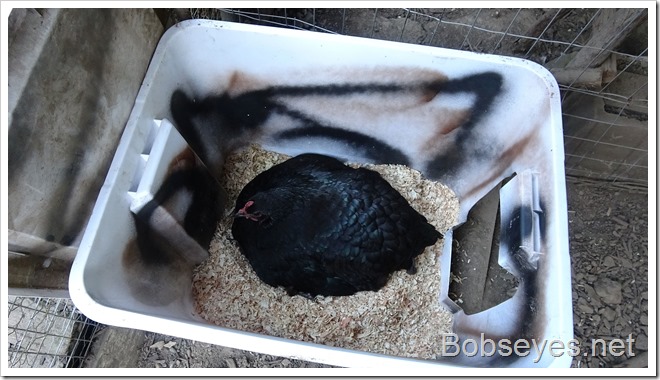 I had a great ride today and got some exercise too.