Joined Ray On a Yak and the Day Turned Out Nice

I got it going late this  morning. I got an email from Ray saying he’d be down kayaking so I got a late start and headed on down to Jenner.

I put my boat in the water.

I could see Ray in his boat paddling up the back side of the island so I headed that way and cut him off at the top end of the island.

We shot the bull and headed slowly up river to Eagle’s Landing and sat around for a bit before turning back down the river.

Water level is up

The estuary’s water level was up indicating the River’s mouth  might be closed.

Here we are coming back to the upper end of Penny Island. 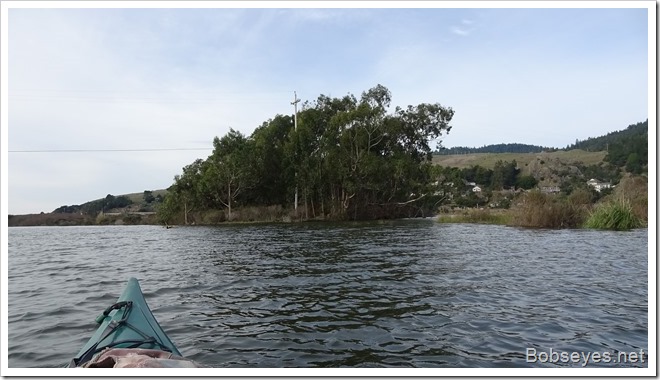 Since Ray got an earlier start than I did, he headed on in and I continued on down along Penny Island.

Here is where Ray and I split. 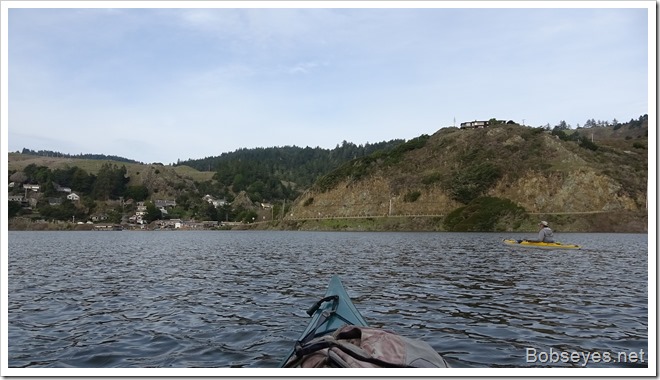 I’m paddling down along Penny Island and plan to paddle onto the flooded island when I get to it’s lower end, just up ahead. 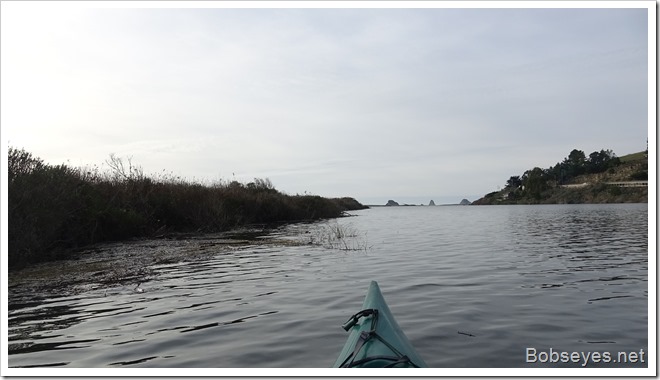 Paddling onto the island 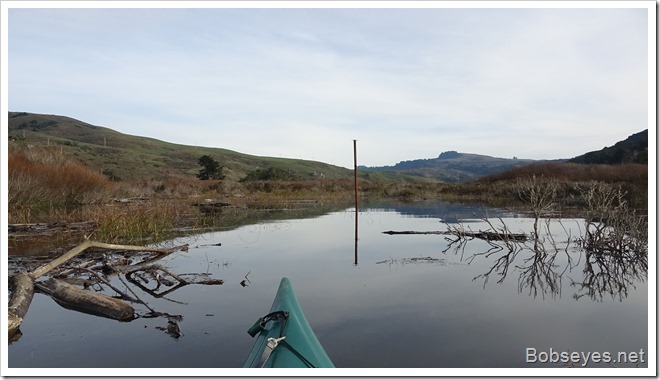 And here I’m looking down towards the river’s mouth across the flooded island. The pipes are old sign posts. Corrosion and wind have long since taken the signs away. The seagulls are flying around down by the mouth. 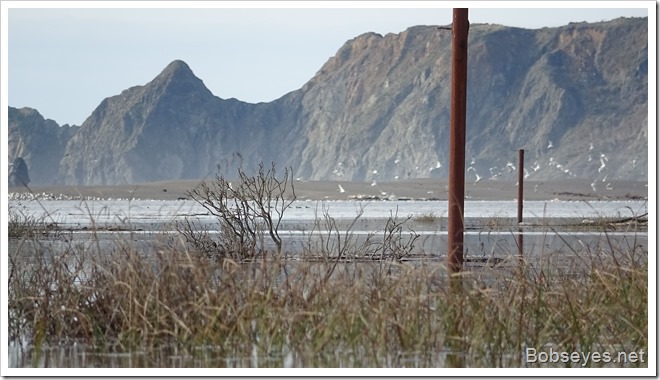 On the way paddling back out off the island I went by this big redwood stump. The wind was settling down nicely by now. 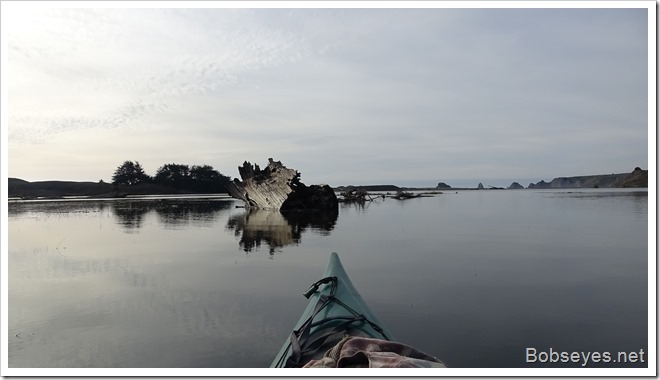 I started across the river headed to the river’s mouth area which looked like this. Lots of seagulls down that way. 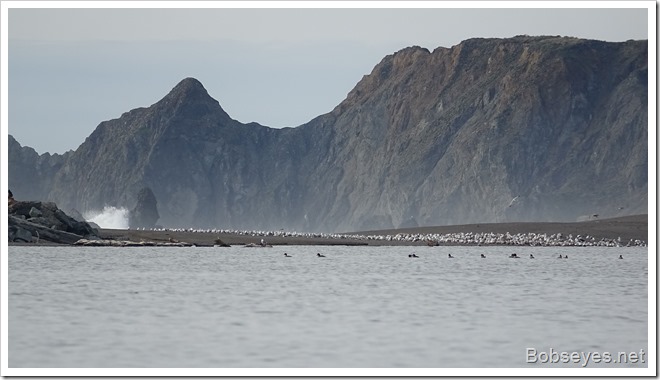 John has more woes than usual

As I was passing John’s house he came out to talk. John was rather upset and not in a good mood today. His landlord said he has to move. He’d been there 27 years and was now in no shape physically to move so he was in a squander. He’s been in bad health and doesn’t know how he can move even if he could find a place. I mostly listened. You could tell he was upset and wasn’t thinking straight about what to do, but I could be of no help except to listen. 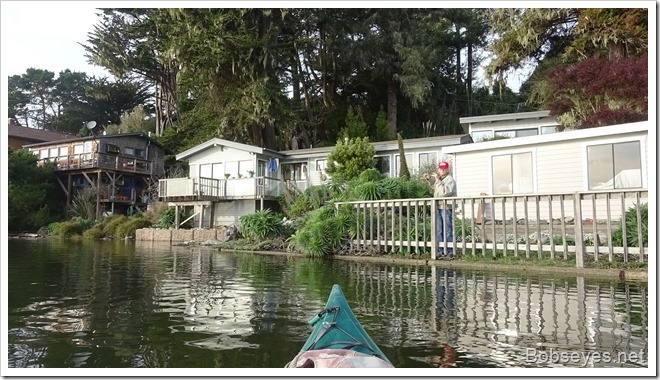 As I talked with him I was watching the mouth area across from us. It looked like the mouth was still open a little. 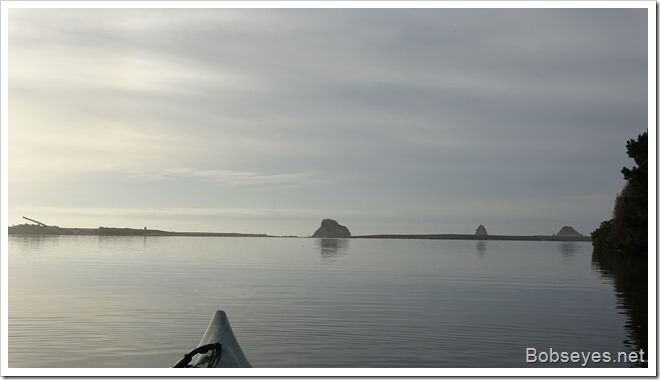 I left and paddled on over to the mouth area to have a closer look. 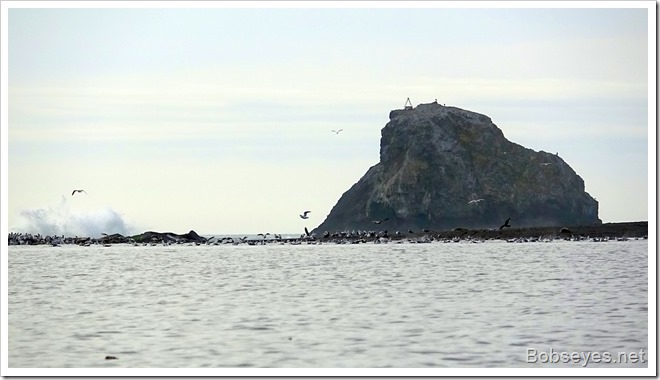 Yes water was flowing out into the ocean through this broken part of the old jetty. 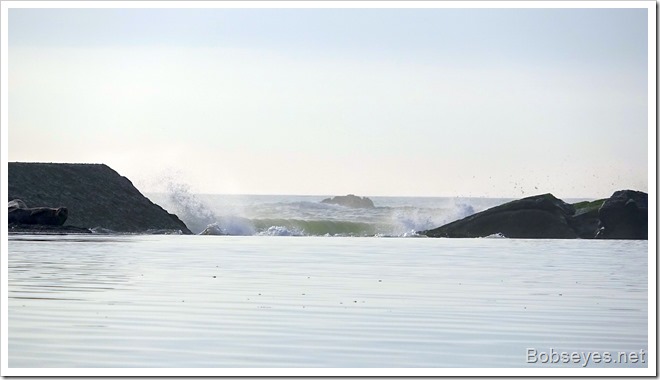 There were quite a few harbor seals resting on the beach. Here’s a few of them. 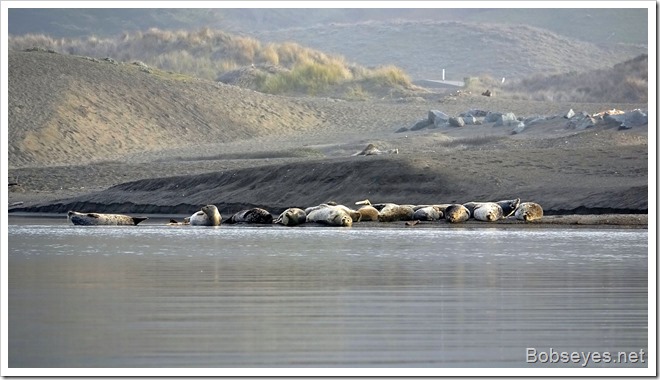 I watched at the mouth for a bit then started back up the river. Something spooked all the seagulls into the air. 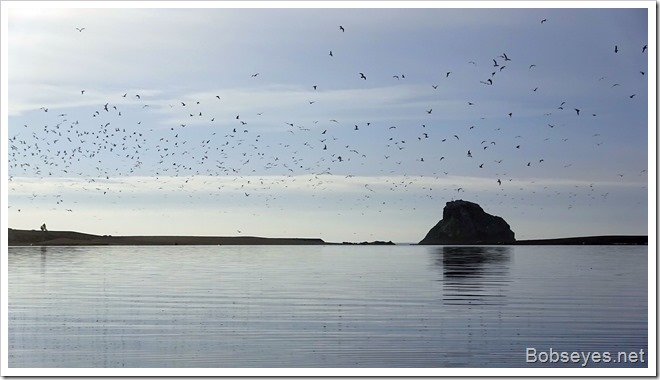 I could see John picking up trash along the beach as I passed on by. The guys almost dead, but still likes to keep things clean. 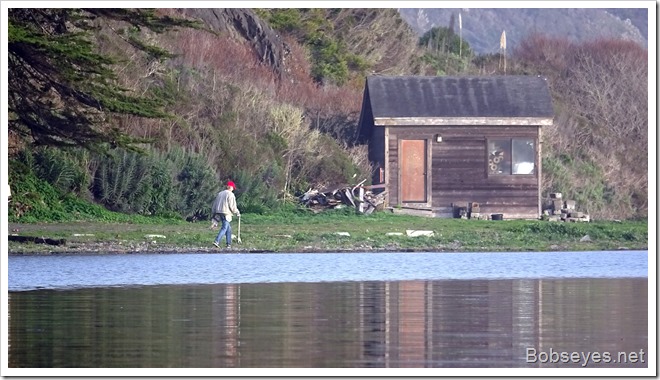 Waiting for the boat ramp to clear

I continued on up along Penny Island and headed on in for the day going by these golden eyed ducks. Some mist was starting to form, but the day was still nice. I had to wait for that pontoon boat to be taken out of the water before I cold use the boat ramp, so I just waited here until it pulled away. 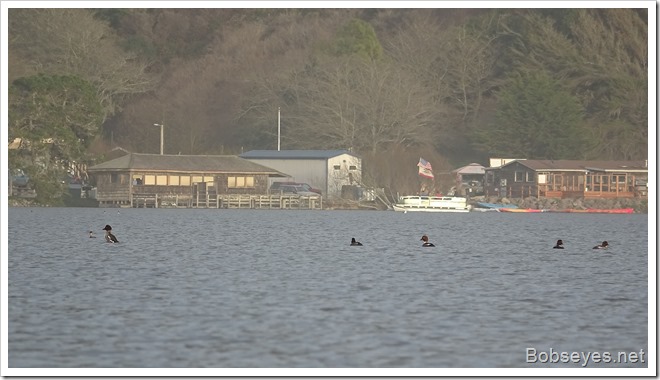 I put the boat on the car and drove on home for the day. It was after five so that was about it for me today.