John, Russell and I Spot the Eagle and Go For a Hike Up to Lookout Point and a Reunion

Nice day for a yak and a hike

John and Russell were to meet me at Jenner today for a yak and a hike up the hill to Lookout Point.

Their boat was on the boat ramp when I arrived so I got my boat off the car and in the water and parked my car and we took off across the river.

Here’s John and Russell as we crossed over the river to Penny Island. 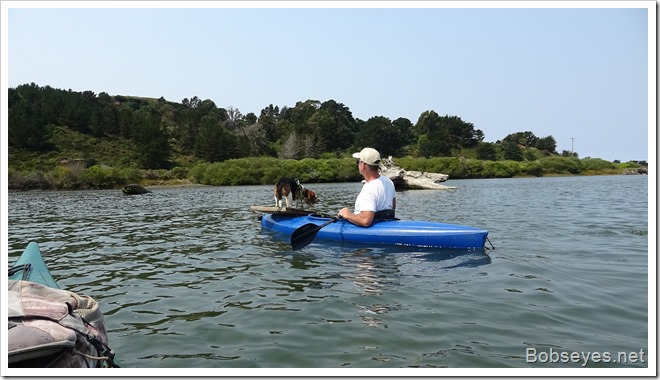 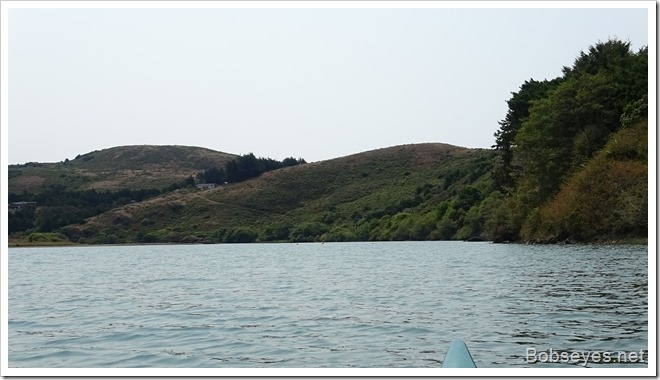 We saw a bald headed eagle fly into the big trees at eagle’s landing so we went over to see if we could find it. John saw it first but I finally spotted it too. 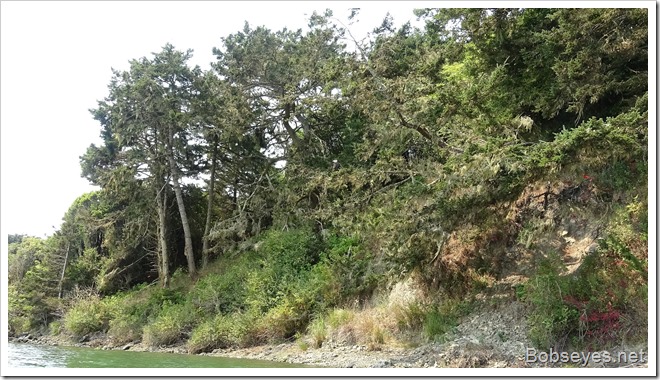 It’s the same young one I saw yesterday. 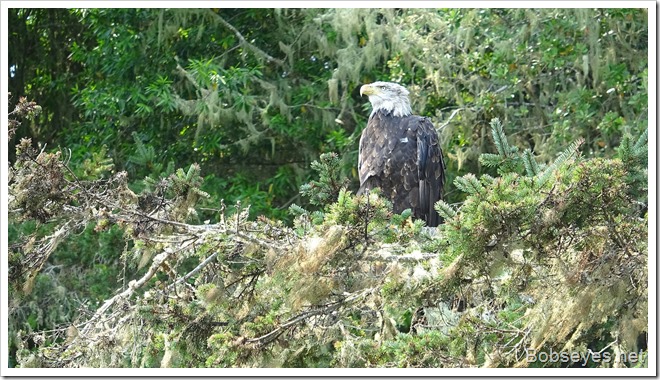 It just sat and watched us. We were going for a hike here on the way back so we continued on up the river. 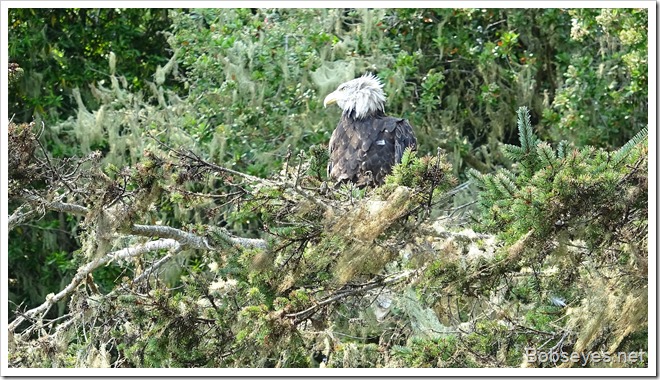 John had put a board on his yak for Russell to sit on so he wouldn’t slide off which seemed to work pretty well. Russell did jump in the water once but otherwise did real well putting up with us shooting the bull and going slow. 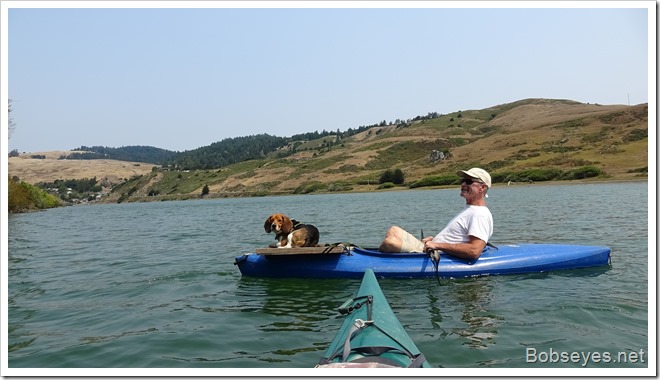 Russell was getting antsy here so John took him to shore for a bit for a piddle here at Muskrat.

He’s putting back in the water here after a short break. 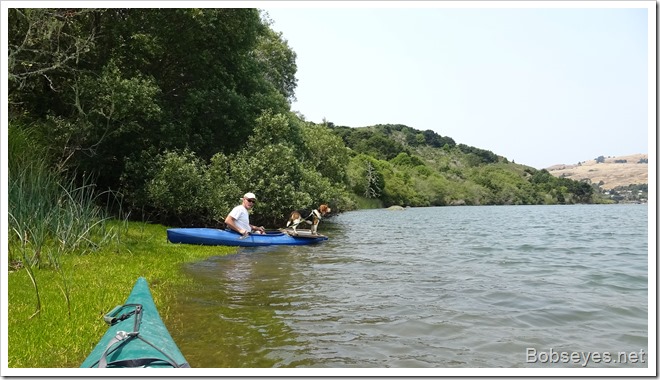 We headed back to Eagle’s landing and forgot to look up to see if the eagle was still there.

Headed up the hill to Lookout Point

We landed and tied our boats up and headed up the hill for a little hike up to Lookout Point just a little ways up the hill through the brush. 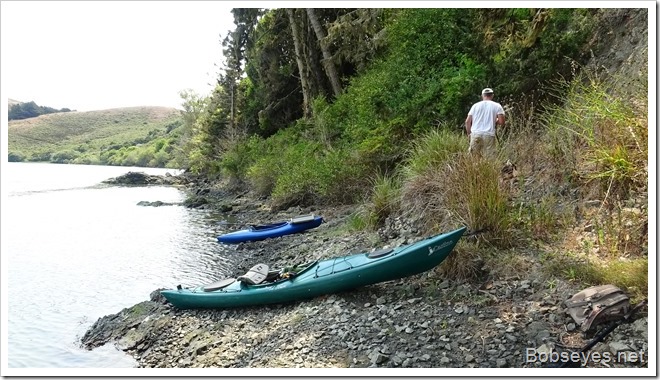 This was our view of Jenner from Lookout Point were we hung out for a bit shooting the bull some more. 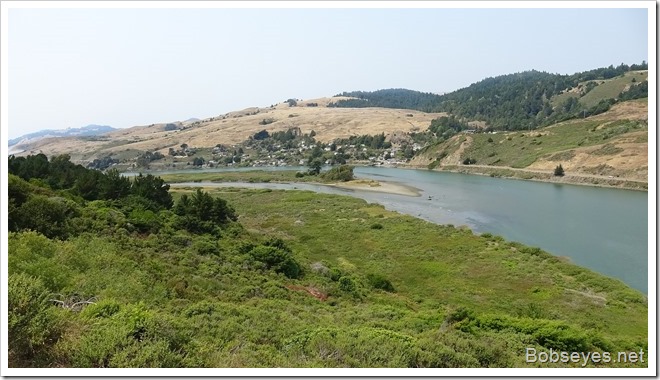 This was our view up river from that spot. 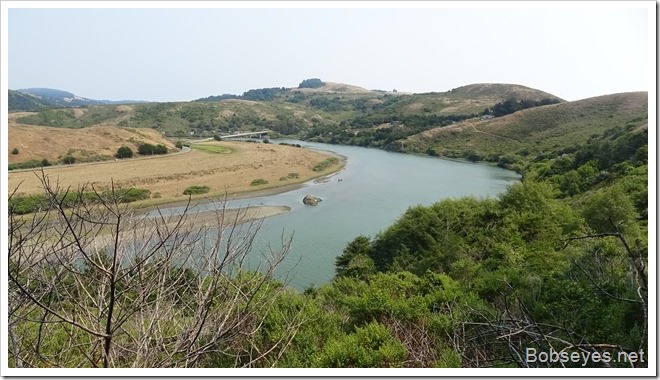 Coming down we hit the river here and walked along the shoreline to get back to our boats. 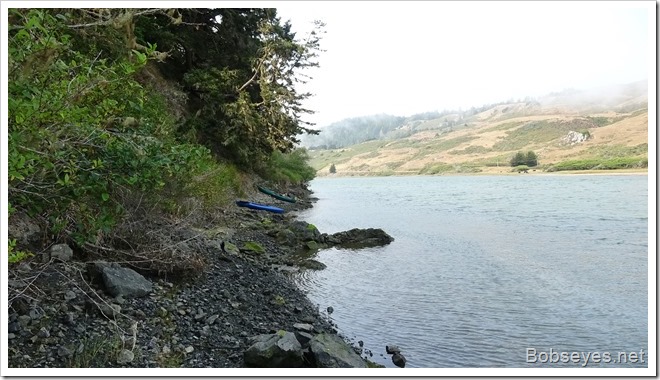 From there we slowly headed back down river to the boat ramp and pulled out for the day.

We said our goodbyes and I headed over to the cabin were my elementary school kids were having a get together for a few days at this spot. A reunion. 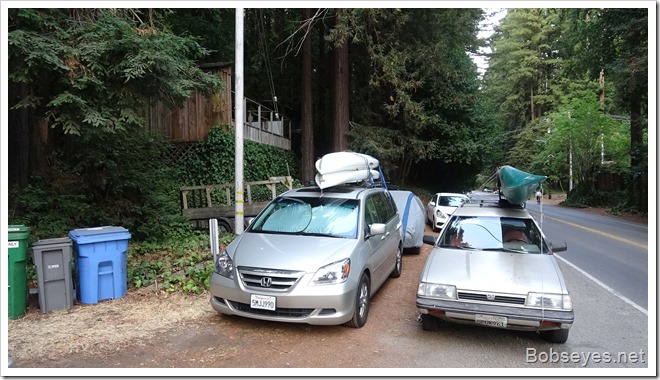 We shot the bull here until midnight when I went on home.

Tomorrow we are going to Monte Rio and kayak up the river for the day.

That was it for a real nice day.