John Joins Me For a Paddle On the Russian River

I hadn’t been kayaking since this virus thing started as they closed all the parking spots along the river.

Some friends gave me a place to put in by the bridge that crosses the river at highway 1.

I stopped on the way down to pick up another van part at the parts store in Monte Rio and then continued on down to our new launch spot.

John joins me for a paddle

John met me down there and we put our boats in the water. It was fairly windy. I told John we are going no matter how much wind. John’s one of the better fishermen on the river and a river rat so I knew he could handle the wind with no complains so off we went. 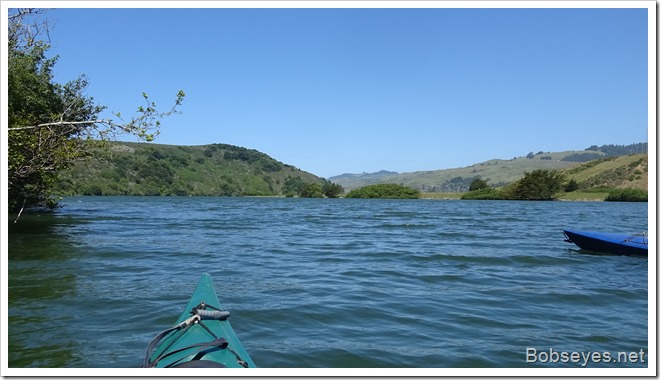 We paddled along the river’s edges where the wind was much less going. We were headed down river to the river’s mouth where it empties into the Pacific ocean. 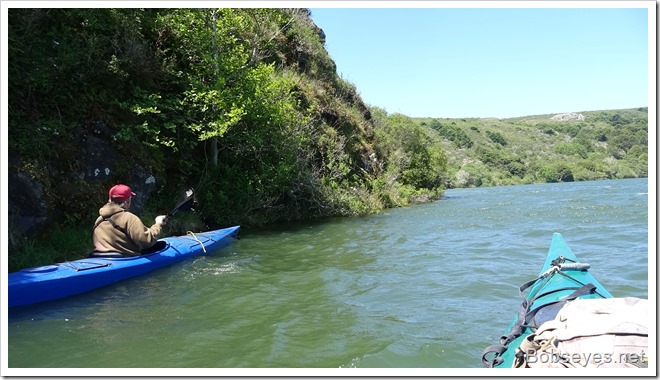 As we put in we noticed the river’s water level was high indicating the mouth was closed to the ocean backing up the river slowly rising it’s level. You can see the town of Jenner in the background where I usually put my boat in the water by the parking lot there which is closed because of he virus thing. 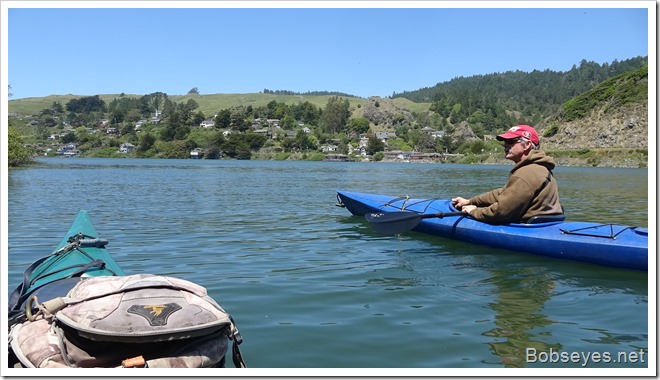 We went around Penny Island and down it’s north edge and pulled into this little spot for a break. We are just leaving this spot and continuing down along the island’s edge to it’s bottom end. 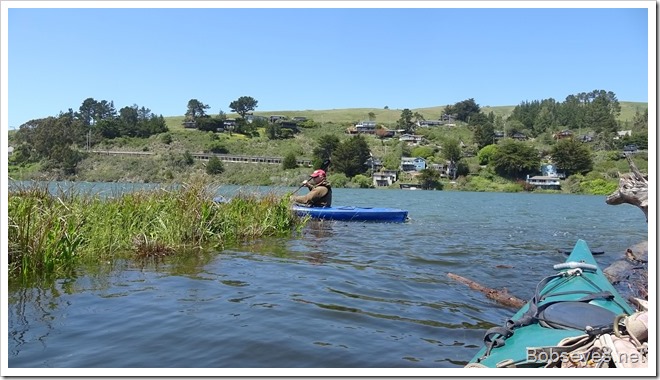 Here we are at the island’s bottom end looking out as we need to cross this to get to the river’s mouth which is off to right across the river so we were looking for the spot to cross with the least amount of wind which was off to the left. 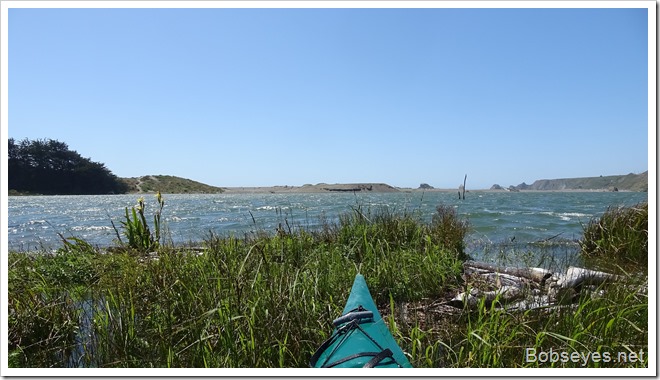 As we crossed over to the shore line John says there’s a deer there. 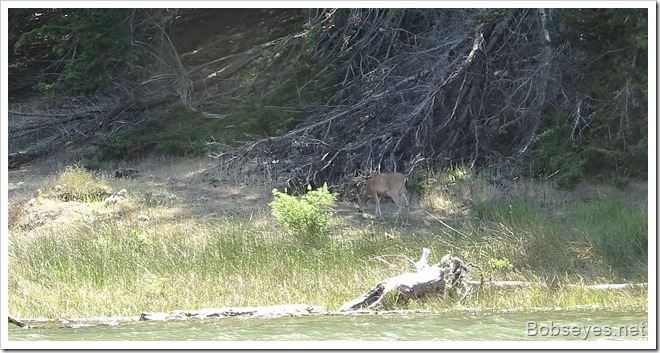 A female deer was grazing the grasses as we passed on by not particularly concerned with us. 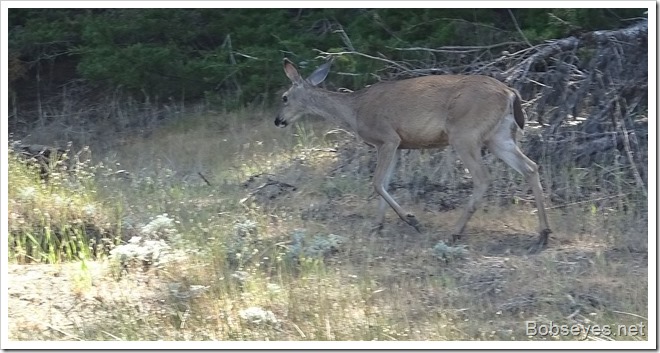 We continued on headed for the river’s mouth. There’s some harbor seals on the sand up ahead to the left. 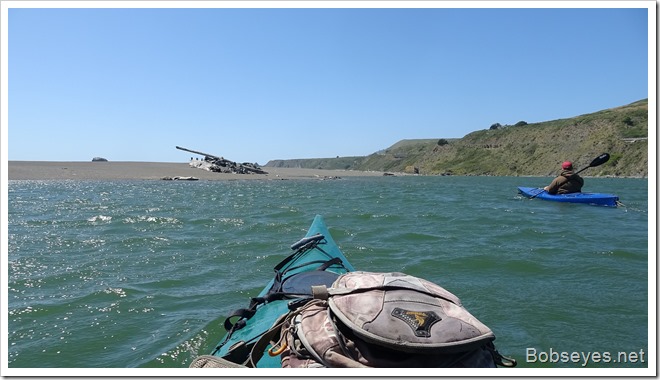 With the wind blowing as hard as it was taking pictures was a bit of a challenge with the boat blowing around.

Here’s the harbor seals resting on the beach sand. 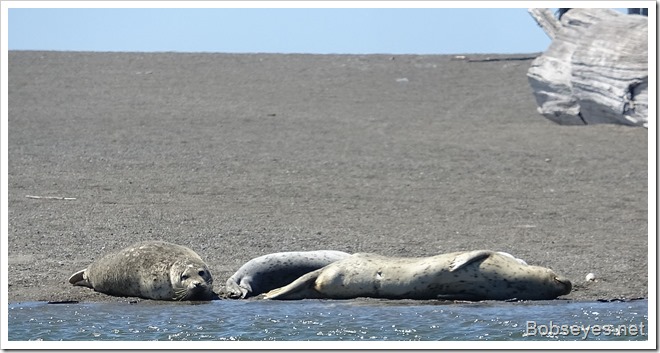 We are approaching the river’s mouth on the right but it’s closed up from the ocean blowing sand up onto the beach from the rough ocean closing up the river’s passage into the ocean. 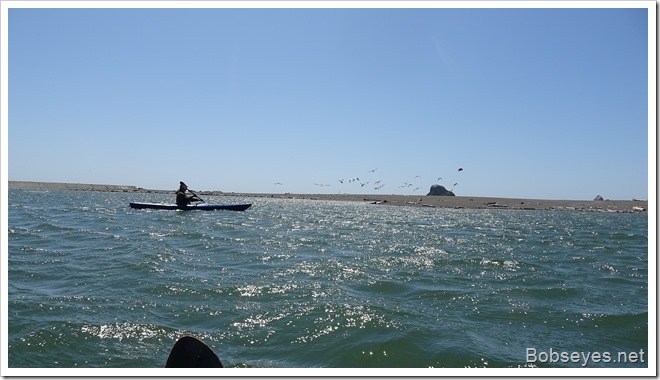 There’s usually a lot of birds and harbor seals by the mouth area. Because of the wind there weren’t near as many birds here as there usually are. A  lot of the birds have likely headed north for the year. 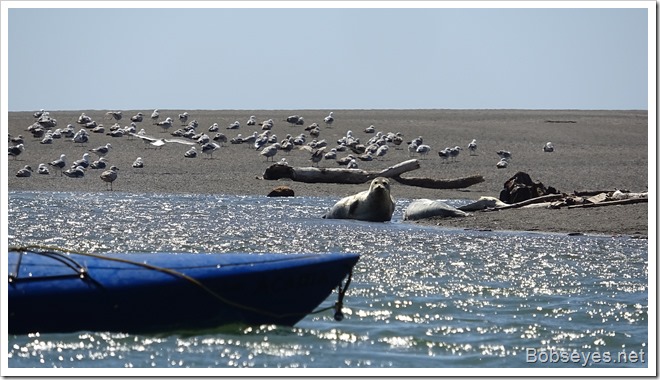 We continued past the closed river’s mouth to this big rock that is called Haystack Rock and is at the end of the river. We pulled into shore so we could get out and have a look at the ocean. 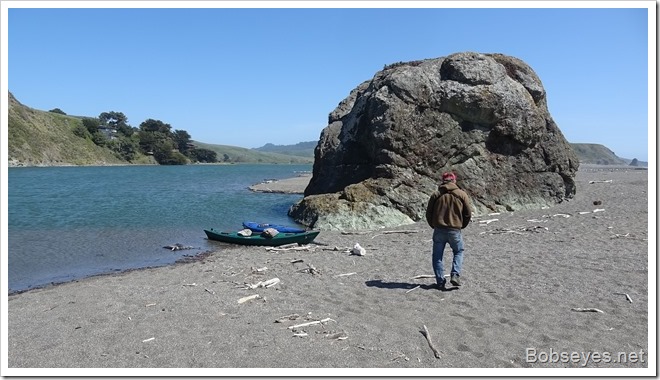 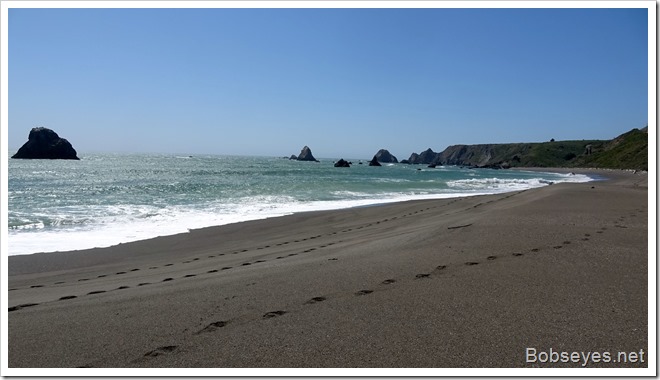 The Pacific ocean looking south with the river on the left which usually flows into the ocean to the right at this point. 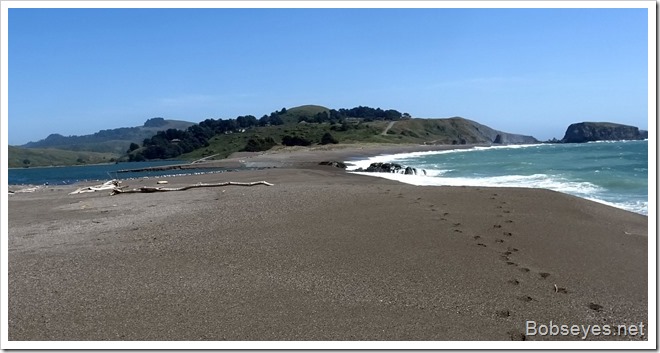 Drifting up the river

Well, the wind was blowing hard enough we didn’t really have to paddle much. We could just sit back and enjoy the drift back up the river. 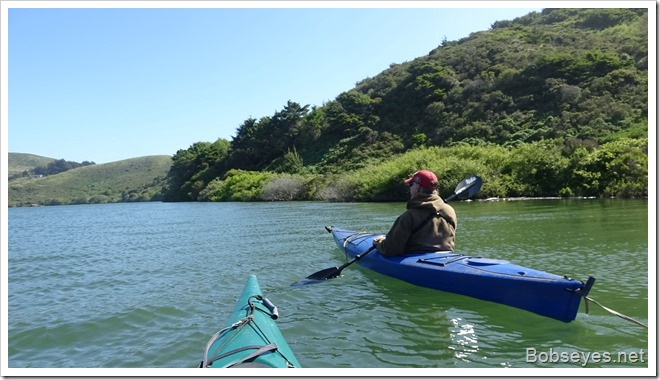 It wasn’t long before we made it back to the Highway 1 bridge where we put in earlier, just up ahead. 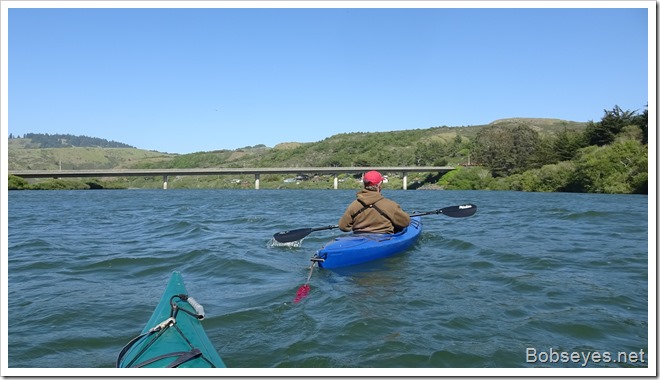 We pulled in and loaded our boats back up and went on home.

We had a real nice paddle even with the wind blowing as the sun was out nice.

Once home I checked on the chickens and then had a bit of a nap.

After resting up I went out and did some chair hopping and watered some weeds until it got dark.