Nice day to be on the river

Yesterday John and Ray let me know they were planning to kayak from Steelhead beach to Guerneville on the Russian River today and would I like to go. Sure.

We met at Rays house this morning about ten and loaded all the boats in John’s truck.

We then drove to Steelhead Beach and launched the boats. John’s wife took the truck back down the river to Guerneville and parked it by the river for us to use when we pulled in later in the day. she walked home from there, just across town.

We just put in the water at Steelhead beach which looked like this.  That’s John and Ray up ahead. 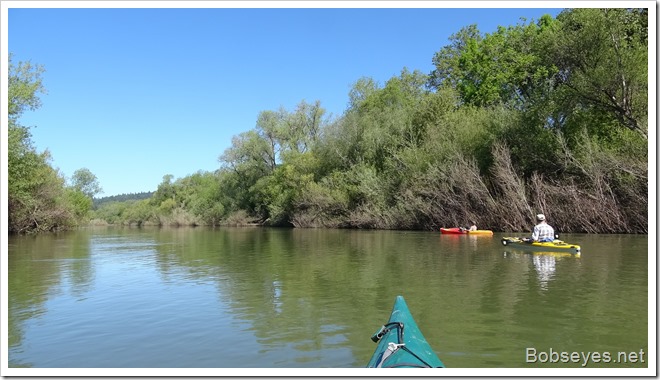 Current moves us along

There was just enough current that we mostly were able to drift down the river without much paddling. Talk about lazy. 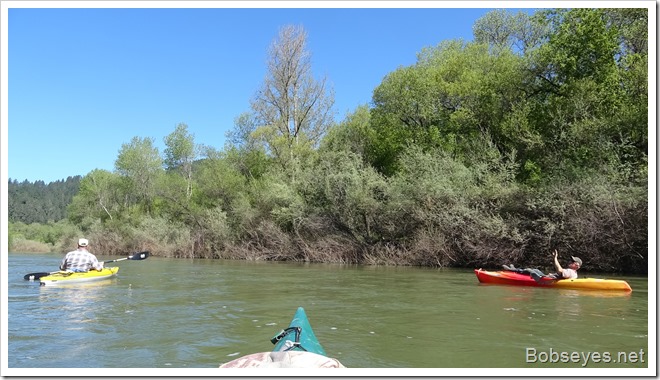 John said he knew this guy that lives on that thing on the river, but he didn’t appear to be home. 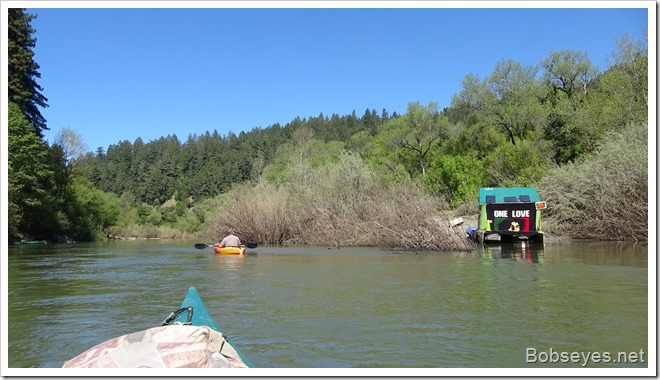 Ray said there’s some turkey vultures by shore so I paddled over to see what they were eating, but I couldn’t make out what. 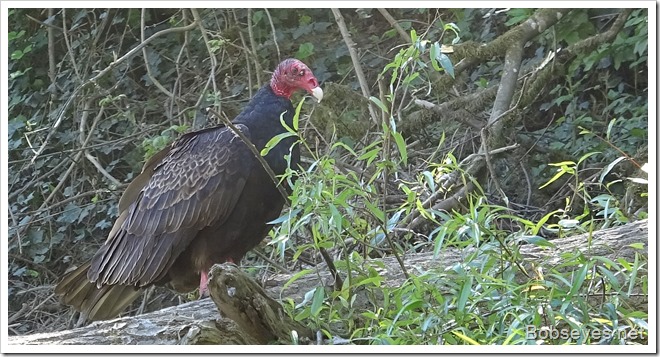 We continued our lazy drift down the river going under this old bridge which was a train bridge before it was a car bridge at Hacienda. 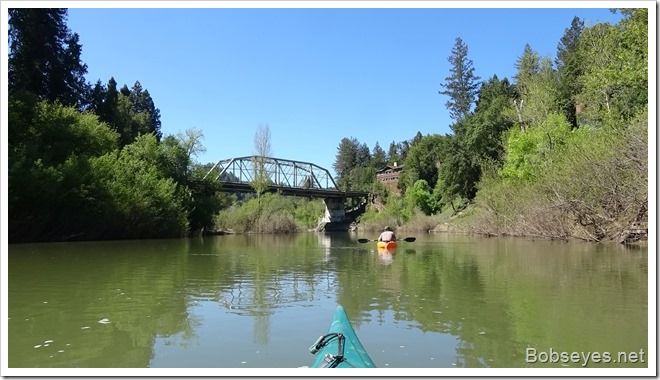 There were a bunch of swallows flying around as we went under the bridge. Looking up you could see some of their nests. 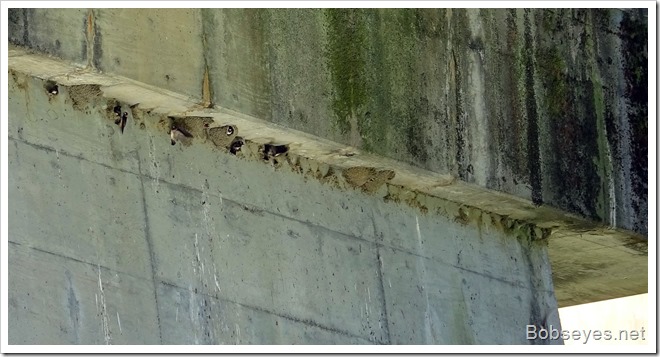 Not far below the bridge the river narrows a bit and the current picks up a bit too. 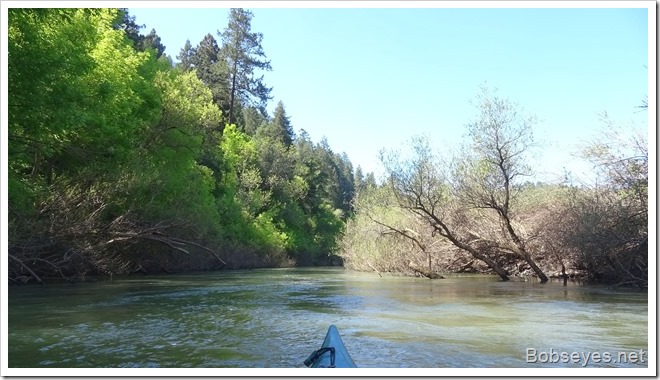 I looked back to make sure the guys were not far behind me. I could see Ray back there a ways but he was catching up. 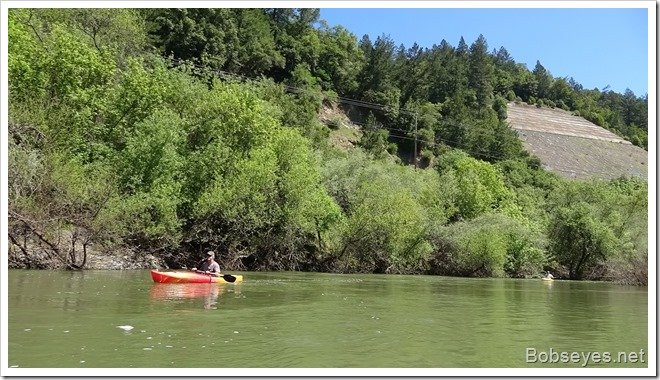 The guys were getting hungry for lunch and wanted to pull in by the Korbel hole just ahead. 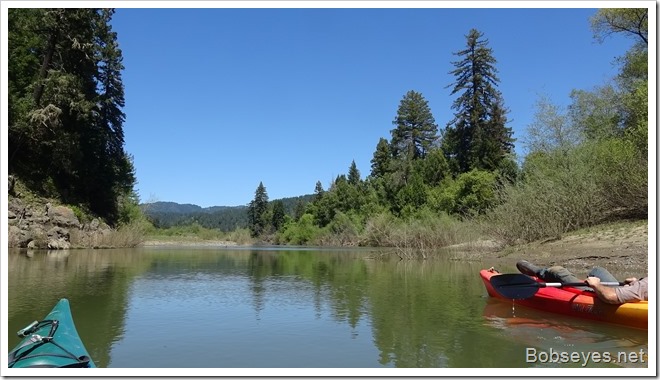 We pulled in here for lunch and that’s the Korbel hole behind us. Korbel as in wine and champagne. 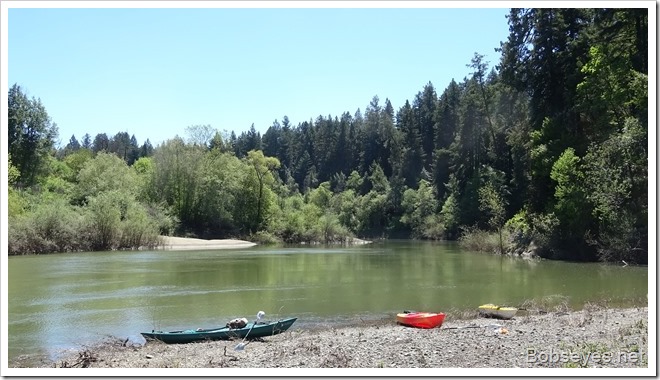 We put back in the water after lunch and not too far down from there we spotted this really big turtle especially for this type. The one on the right has a shell of fourteen to sixteen inches as compared to the one on the left which is about 6 inches. I think I’ve seen this big turtle before in years past near this same spot. 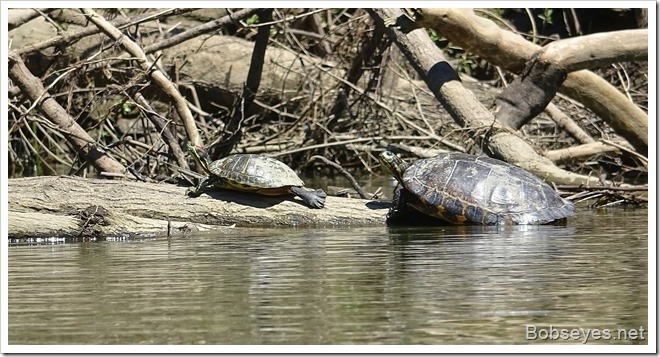 There were a number of turtles along the river’s edge, here’s another one. 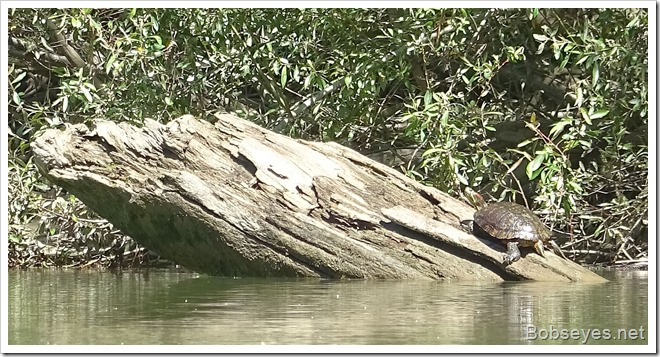 We hit a little light wind above Guerneville which chopped up the water a bit. 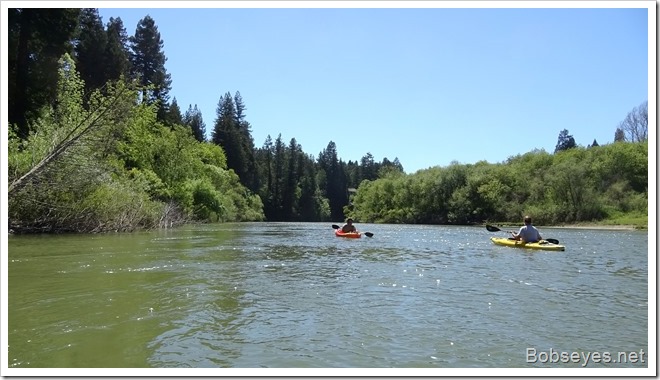 We made it down to the beach at Guerneville which is on the right where we pulled out and went home. 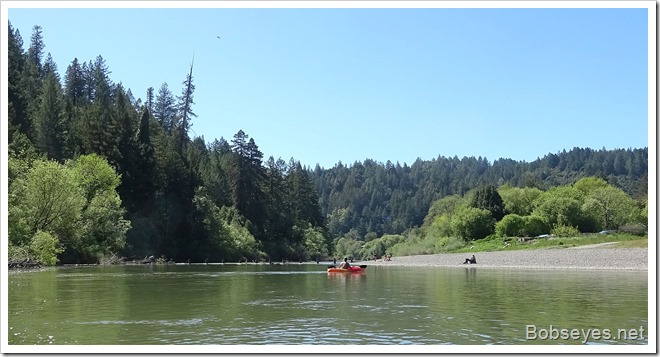 We didn’t see any one else on the river today which makes it real nice as well as having some nice sun out.

I was tired out when I got home so I napped and later went outside and did some chair hopping until it got dark on me.

And that was my day for a real nice one.