I called John this morning to see if he wanted to go for a yak and he did so I said I’d stop by his place on the way so he could follow me down to Jenner where we put our boats in the water at the boat ramp and paddled across the river to Penny Island where we made up our minds which way to go. There was high fog which is much better than smoke and the wind was down for a nice day.

We decided to head down to the river’s mouth area as it was high tide and it’s a good time to be at the mouth to watch stuff and since the water is coming into the river from the ocean we didn’t have to be concerned about being sweep out into the ocean where I never go as I like to live.

I followed John down along the edge of Penny Island. The little bird on the right seems to not be well. 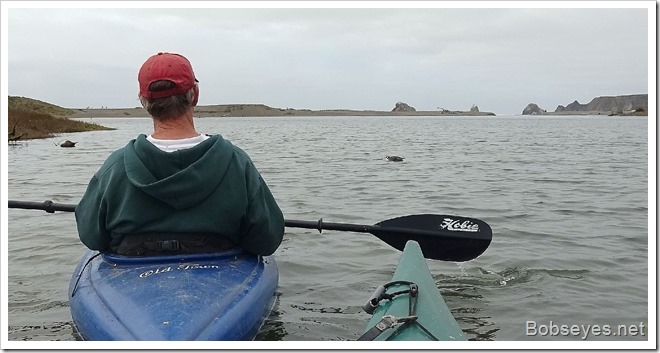 Here’s the little bird which got quite close to us, within 6 feet. We paddled on by and left it to it’s fate. 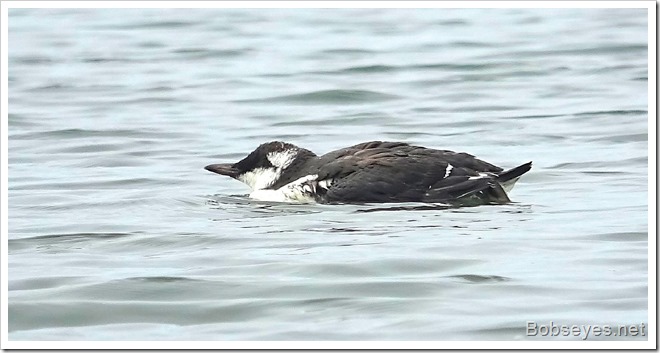 Headed for the open mouth we passed by these merganser ducks resting on this big submerged rock. They didn’t fly as we passed. 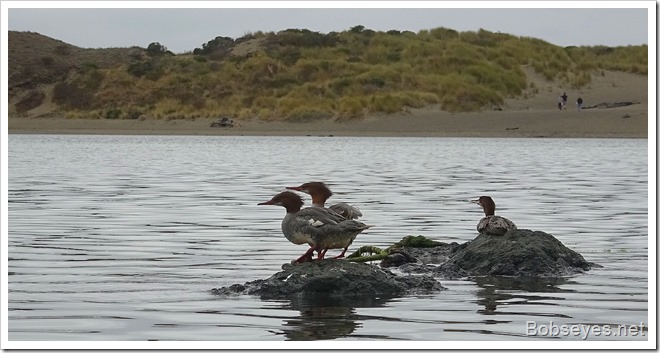 Like I said the wind was down as I followed along behind John headed to the mouth up ahead. 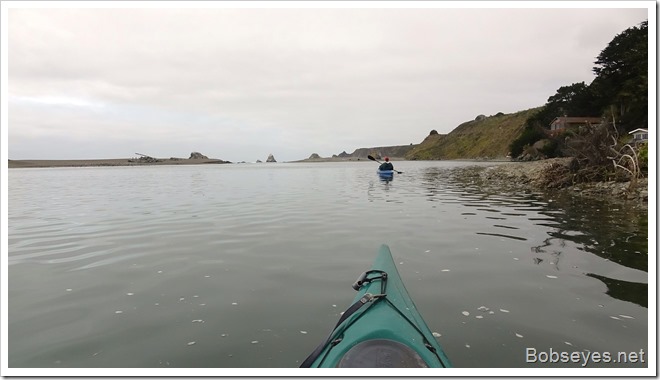 The ocean was fairly calm as we paddled right into the mouth which we could do as no seals were on the sand there so we didn’t have to be concerned about spooking them. You can see the ocean is fairly calm right now. There were very few birds resting on the shoreline and also very few harbor seals doing the same. 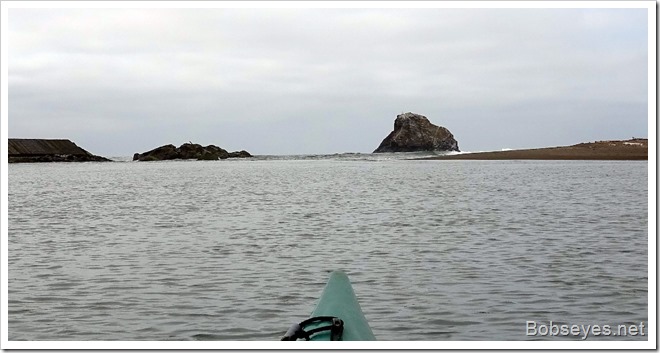 Here’s the harbor seals resting on the beach. There’s about twice as many as a couple days ago so they seem to be returning from where ever they’ve been during the forest fire smoke. There’s usually over 200 of them on the beach. 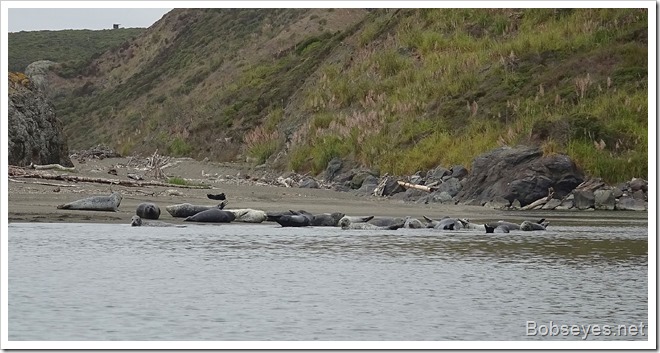 We sat here in front of the mouth for a bit just watching the birds and stuff. 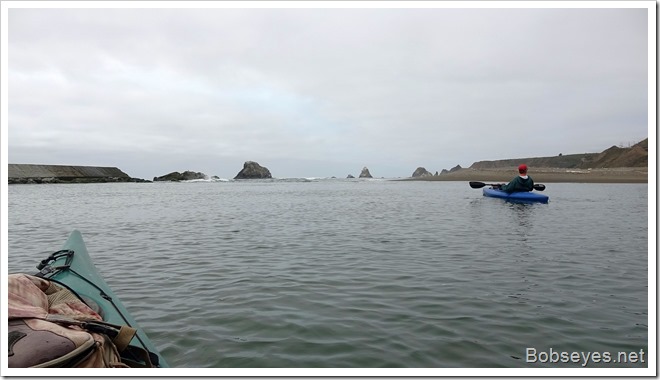 Then we turned and started heading back up the river going by these seagulls resting on the sand. 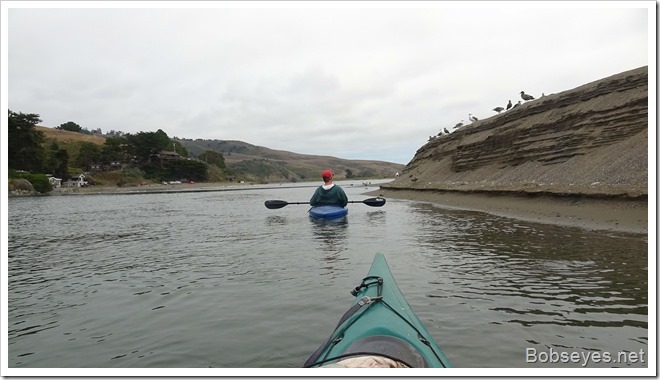 Up ahead we ran into quite a lot of birds resting on the sand. 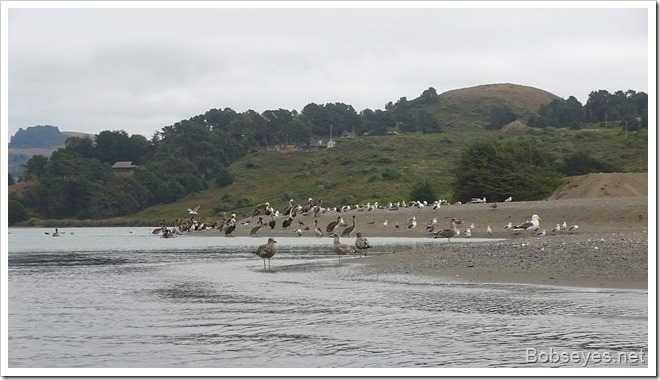 We were able to get quite close which didn’t seem to bother the birds. 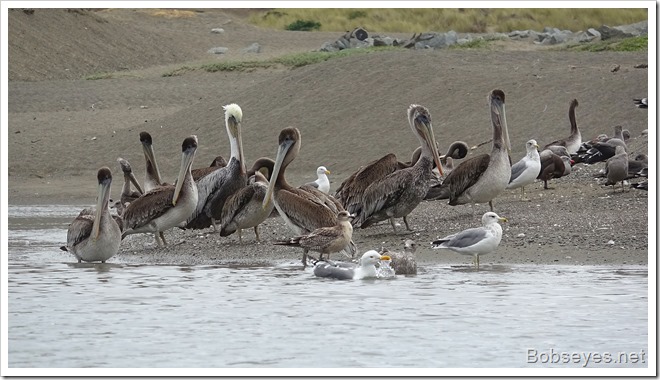 More birds and there’s more up ahead. 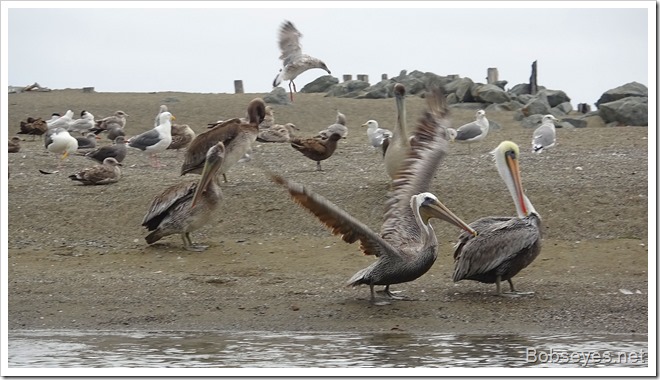 I’m not sure what most of these birds are. The brown pelicans and seagulls I recognize but not all the other birds. 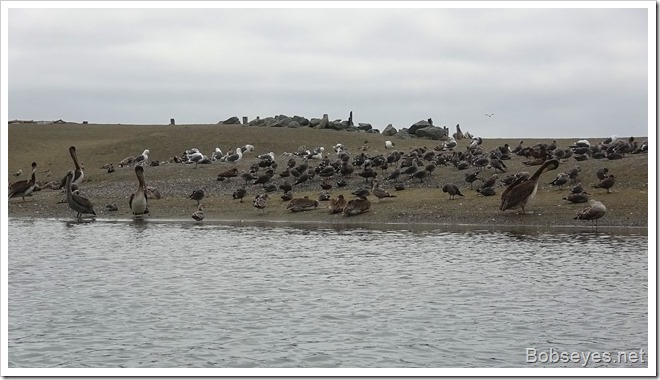 White Pelicans on the island

These white pelicans were resting on the lower end of Penny Island as we paddled by. Some where sleeping as the others stood guard. 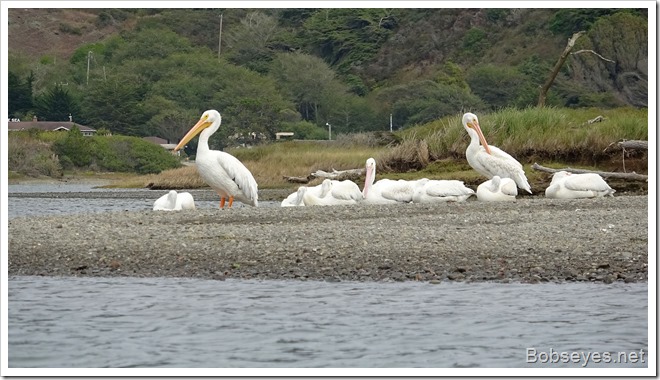 We paddled up through the island’s back channel at a pretty slow pace and continued up the river to a place I call Muskrat here where we sat for a bit once the egret flew away. 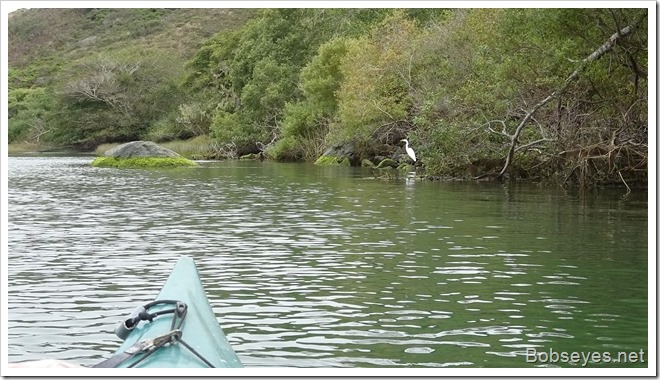 It was getting late about 5:30 so we headed back to the boat ramp and loaded our boats and went on home.

I still have a road block right near my house. I had to show my ID to prove I lived here and got by ok.

After a nap the evening was spent chair hopping and watching my chickens and just enjoying the yard thankful the fire didn’t get this far.