John and I head for Jenner

Around noon today, I received an email from John S. saying he’d like to go kayaking, so I returned an email saying I’d be right down to his house as he lives down the road from me as you enter the town of Guerneville.

He loaded his boat on his truck and we were on our way to Jenner to kayak for the day.

We put our boats in the water and crossed over to Penny Island to decide which way to go today. 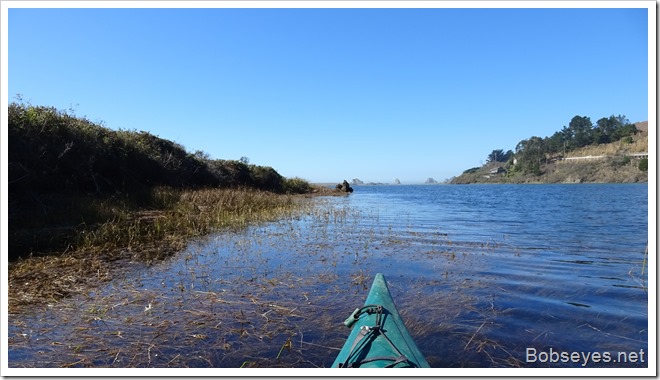 After some thought we decided to head on down to the river’s mouth area going by this kite type hawk perched on the island. It seems to be doing quite well hunting as there were quite a few dead bird feathers around on the water. 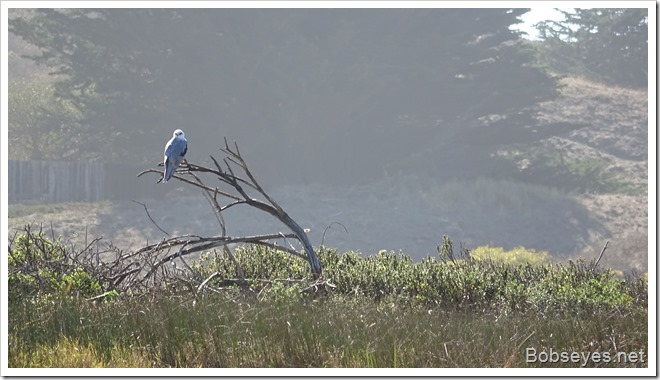 We paddled across here towards the mouth area. 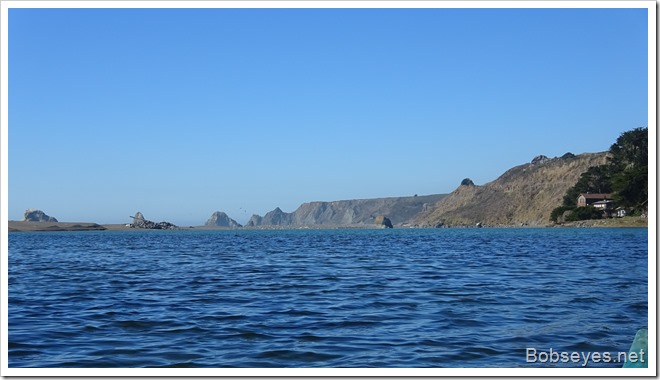 As we approached we could see a lot of birds down that way on the water and on the sandy beach. 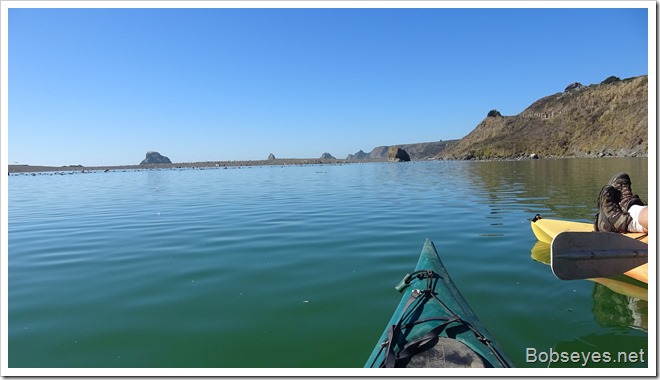 The ocean was rough as shown by the  waves breaking on the rocky jetty. 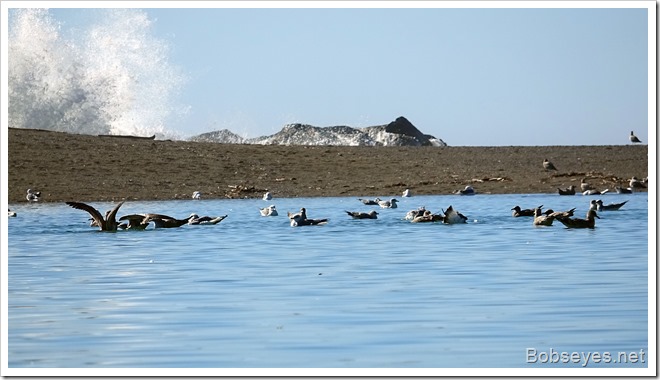 We sat around out there shooting the bull while all the birds did their thing. 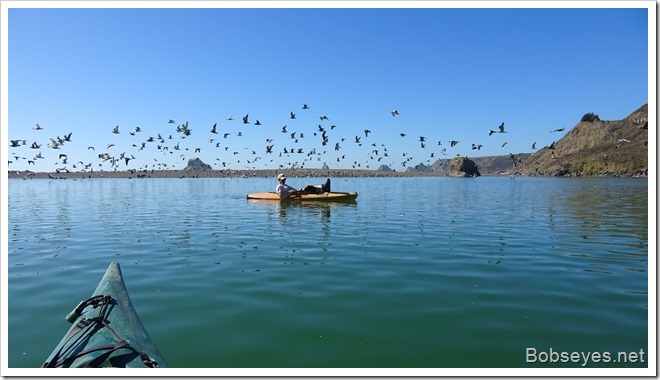 Some of the birds down here, mostly brown pelicans and seagulls. 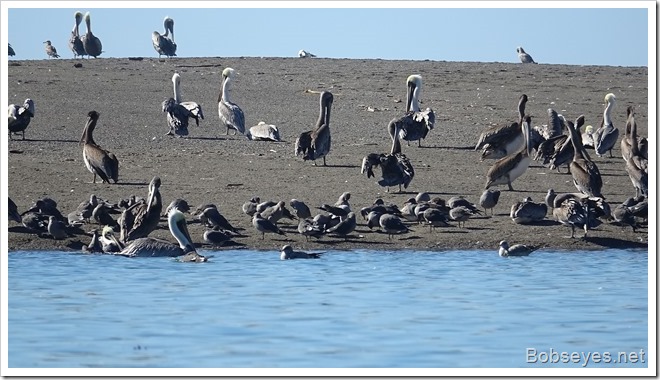 We  worked our way down to where the river’s mouth had been going into the ocean passing by these resting cormorants. They make the rocks white known as Jenner snow. 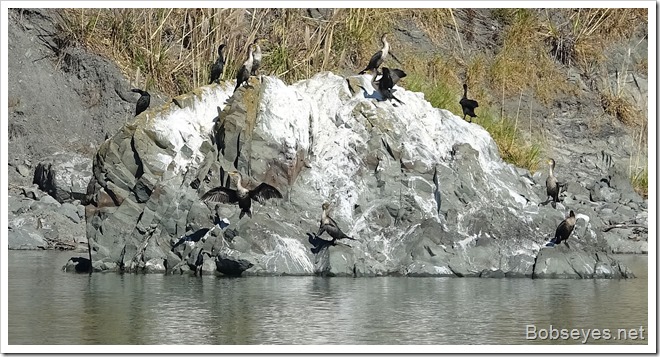 John and I landed our boats by the spot the mouth had been going into the ocean to have a look at things. 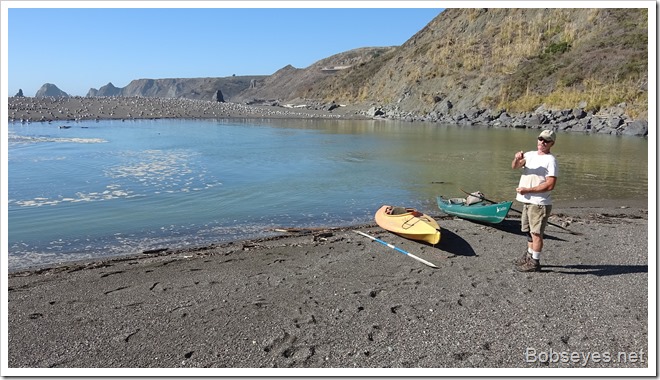 Looking up the beach towards the jetty area, or south. 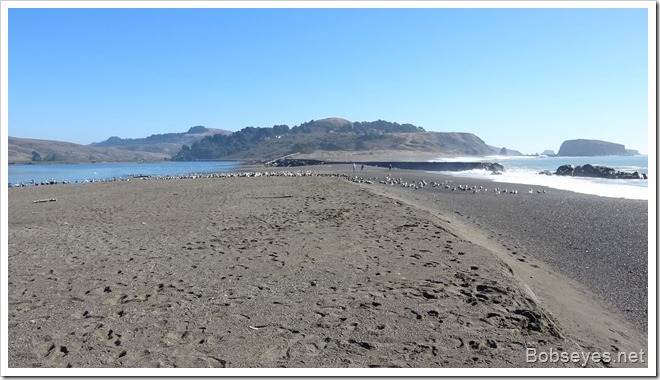 And this is looking north were the river’s mouth was lost open, but is closed now. Only big waves are getting into the river as the sand bar has built up from the pounding ocean waves damning it up. 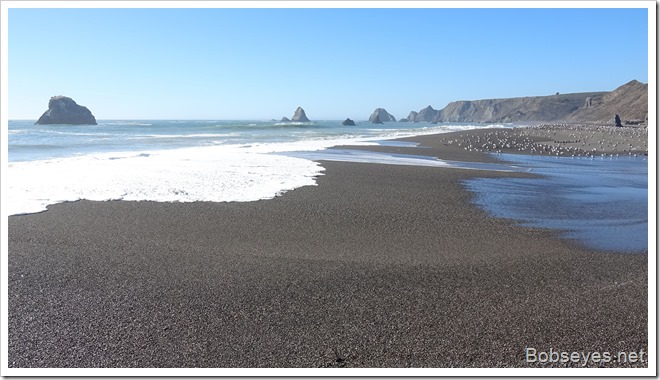 There were a few harbor seals resting in front of us. 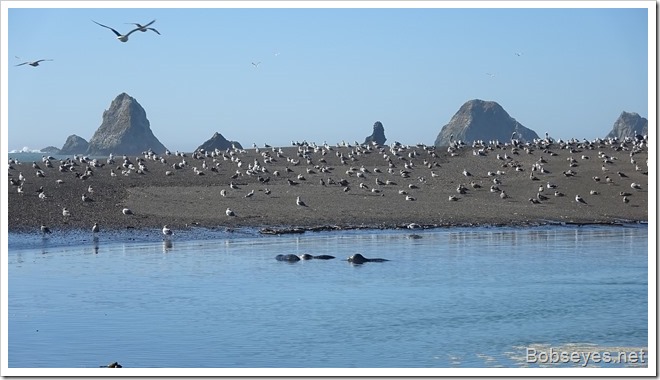 They were taking it easy. 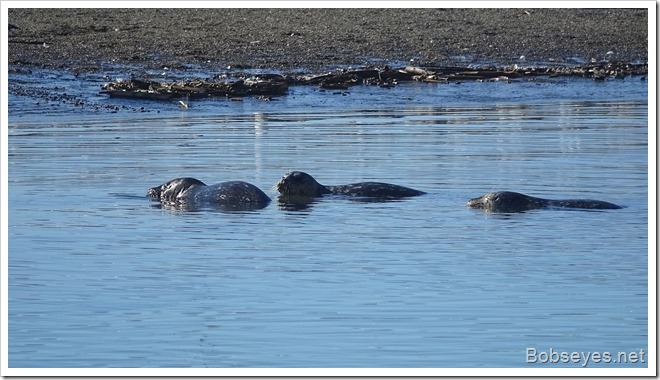 We eventually started back up the river headed for the Penny Island back channel where we went by these geese. 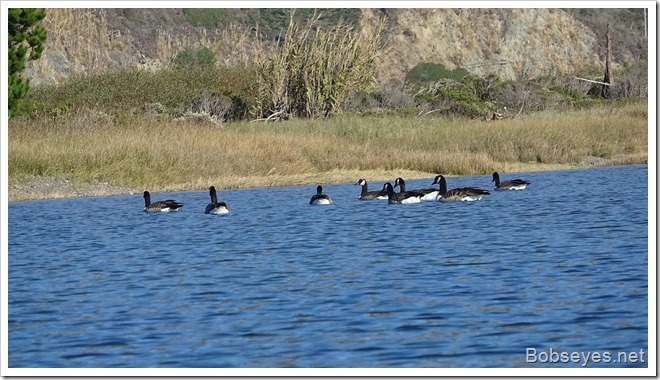 We paddled into the little channel on the upper end of the island and shot the bull for a bit before heading in for the day. 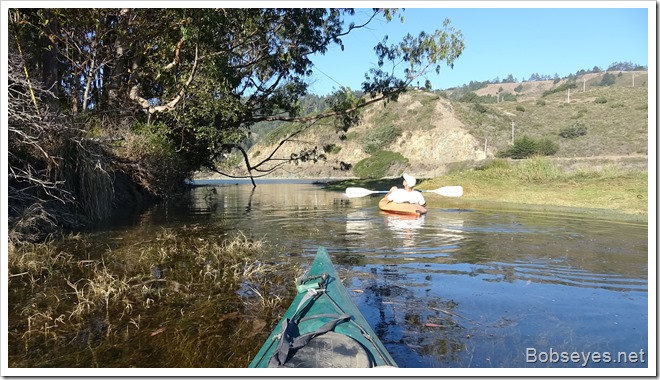 By the time I got home the sun was down so it was too late to do any more painting on my Toyota project, so I did a nap instead.

Once I publish this I will do a soak in my hot tub on the back porch. 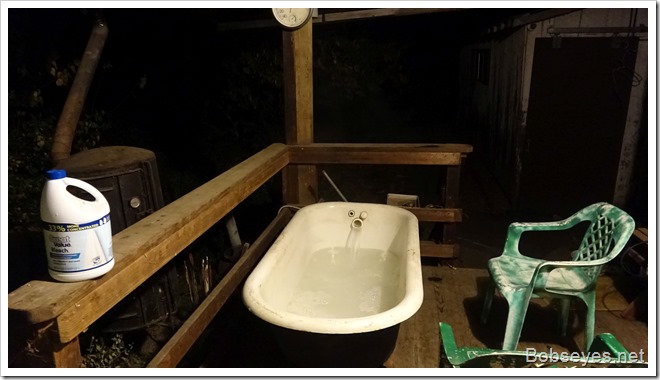