Not sure what to do today

It was showering as I got it going this morning. I wasn’t sure what I wanted to do, or what I could do with the rain. Kayaking was out and the yard was too wet to do  much in it.

I finally decided to go visit my friend Joe and see what he was up to, as he’s always building something and some of the stuff is interesting that he does.

I had to drive about a half hour to Joe’s house. He was home, so I walked in his gate and found him working in his garage. 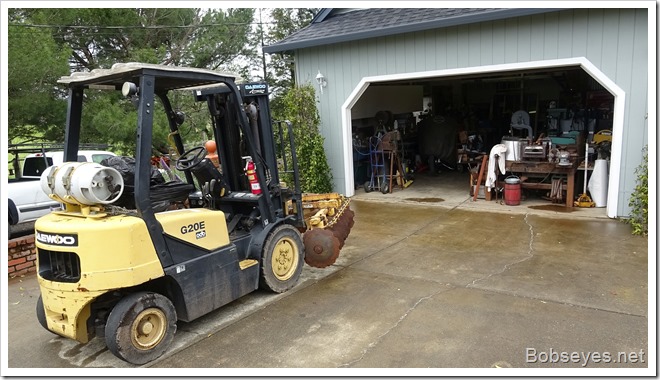 Joe is always working on something

He showed me this disc he was repairing for one of his neighbors. 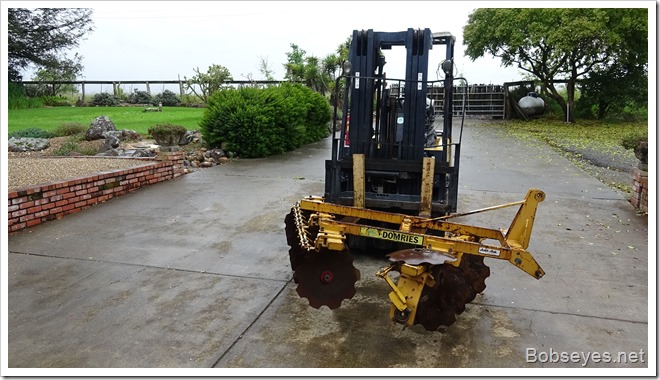 We sat around and shot the bull for a bit, then Joe showed me his deck add-on and repair he was doing. The old deck had rotten supports and he had to replace them so he decided to do the add-on too. Since he works in steel, he made the deck supports out of steel and the whole structure is real rigid because of it. 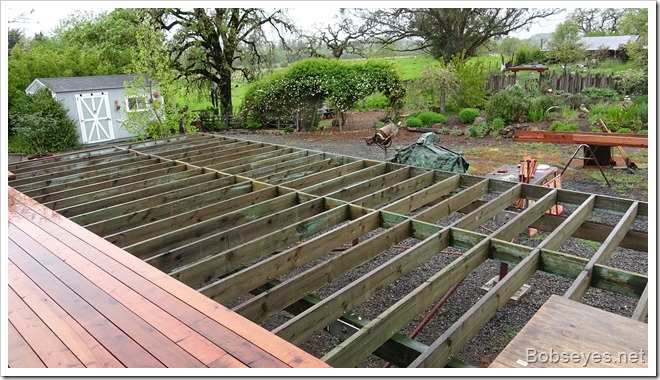 We sat around and shot the bull some more then I took off for home, stopping at the grocery store on the way.

Propane smell at the neighbors

The rain showers had mostly stopped, but it was still spitting once in awhile, so I went over to see what my neighbor was doing. As I approached their door, I smelled propane gas. I said what are you doing, trying to blow the place up? Turned out to be a leak in the feed line of the stove. I also installed a new circuit breaker for them before returning home for a short nap.

Walking over to get some asparagus

Eventually I went back outside and decided to go take a look at my brother’s garden and see if there were any asparagus up yet. It’s about a quarter mile walk through another neighbors place, through this apple orchard with blooming trees. 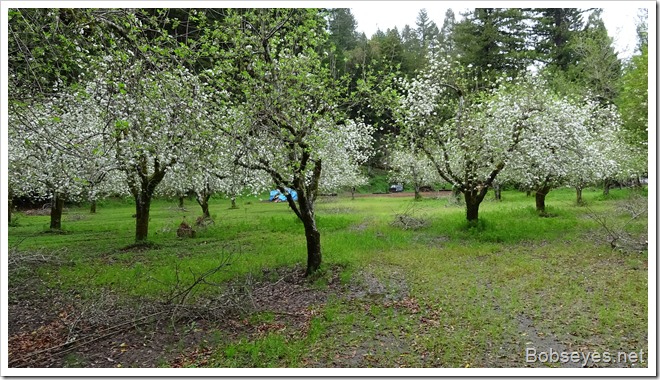 And over the bridge to the garden. 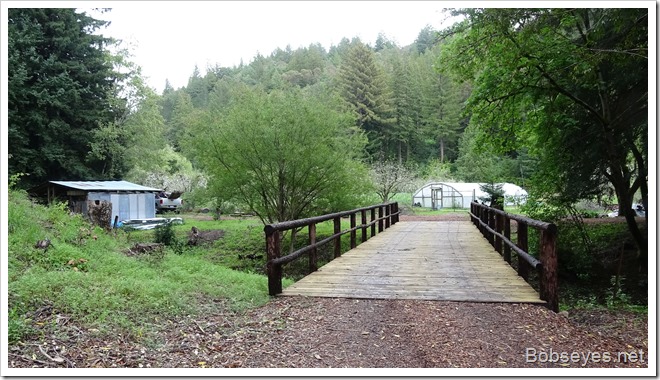 The garden is nice and green and the asparagus patch is at the other end. 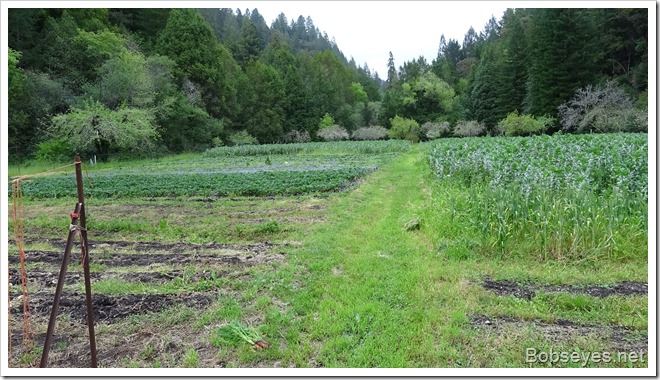 Hummm, no asparagus. My brother had picked all of them the other day for the market and he did too good of a job.

Here’s the empty asparagus patch which will grow more asparagus. 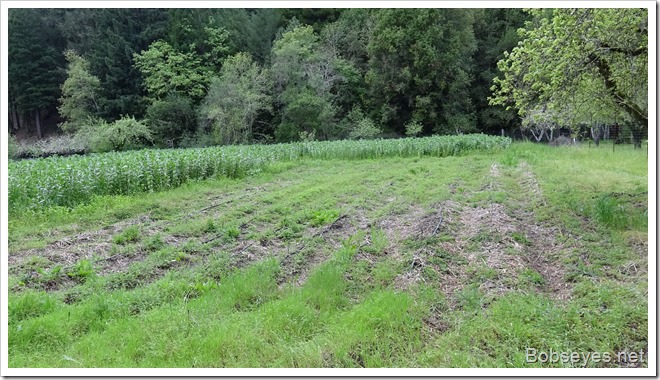 With no asparagus, I walked back down to the other end where I came in. He has a lot of winter bell beans planted as a cover crop which you see here. 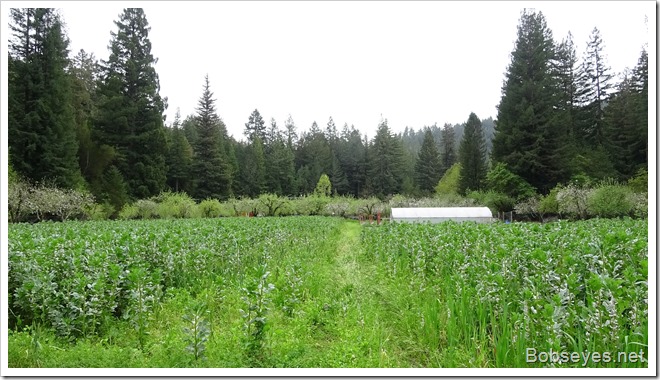 I checked out the strawberry patch  to see how they were coming along. It looks like it shouldn’t be too long before we can indulge in those as there were a lot of small green berries and lots of blooms. 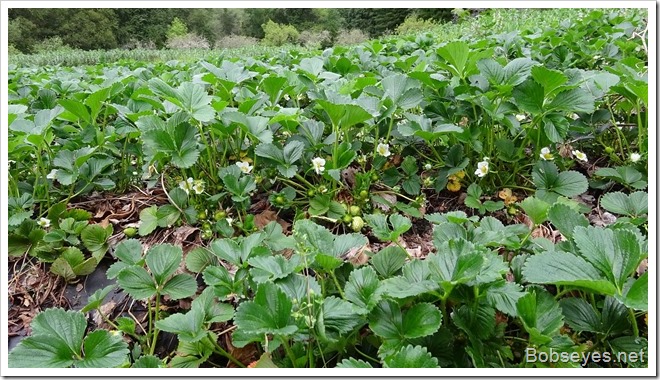 The carrots are looking a bit on the older side

I noticed some carrot tops by the berry patch, so I pulled up some of them. They looked like they were pretty old and woody and buggy, but I took some home to wash up and see. 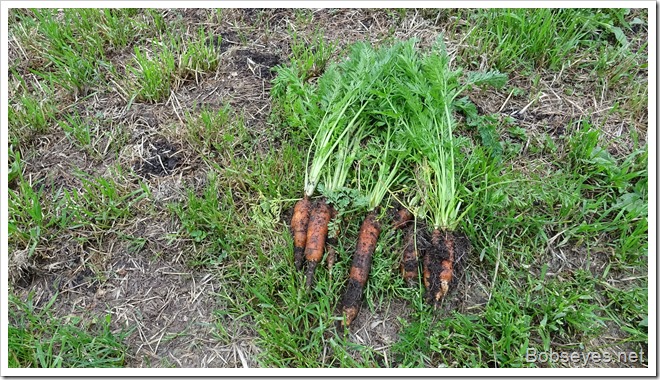 I heard some pigs on the way out, so went over to have a look. These are the three little pigs that went wee, wee, wee all the way home. 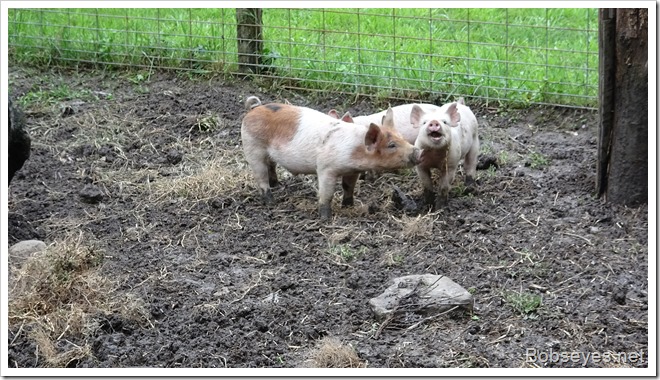 And these are the five big pigs that went oink, oink oink. 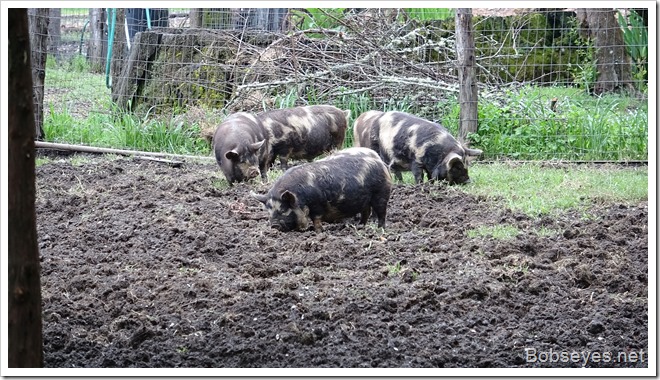 The carrots where no good

I walked on back to my house and washed the dirt off the carrots and found them over the hill and not much edible to eat on them.

The rest of the day I spent in this chair enjoying the day until the rains picked up and drove me into a warm house. 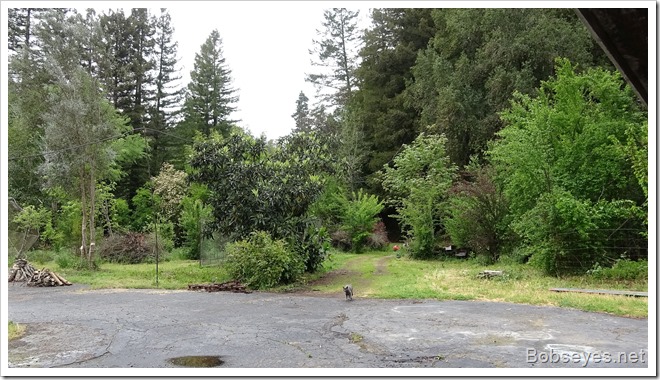