Starting the day with a paddle

Seemed like a good day to kayak so I headed off to Jenner just before noon and put the boat in the water. Once the car was parked the plan was to  head down towards the river’s mouth, so I paddled across to Penny Island and changed my mind and headed up river instead going into this little channel on the upper end of Penny Island. 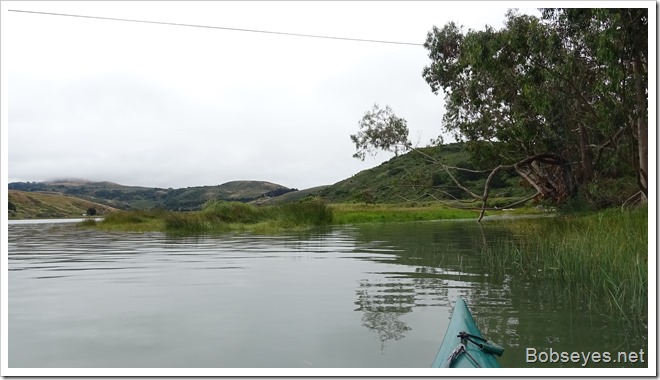 I paddled out the other side of the channel and paddled in behind this tree to stop for a bit and watch. 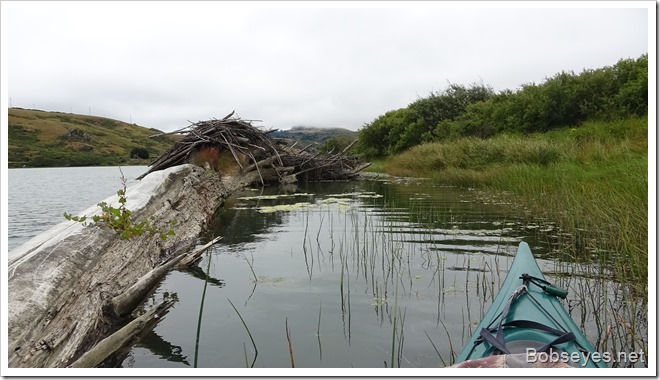 I heard a lot of splashing and looked up to see these cormorants diving for fish. They seemed to be doing pretty good, maybe anchovies, as the biologists said the other day there were a bunch of them in the estuary right now. 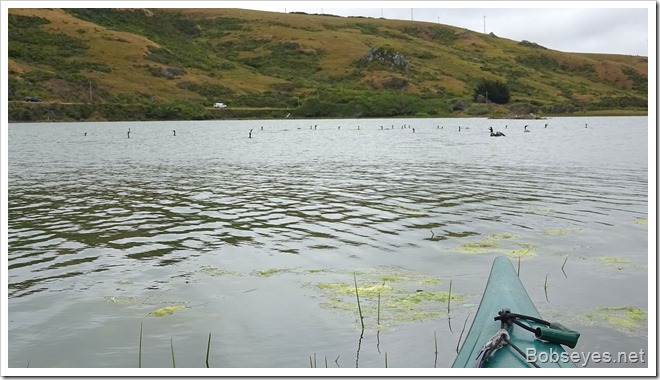 I moved on up the river along it’s edge and stopped in this spot. The cormorants and some other birds are resting on the gravel across the river from me. 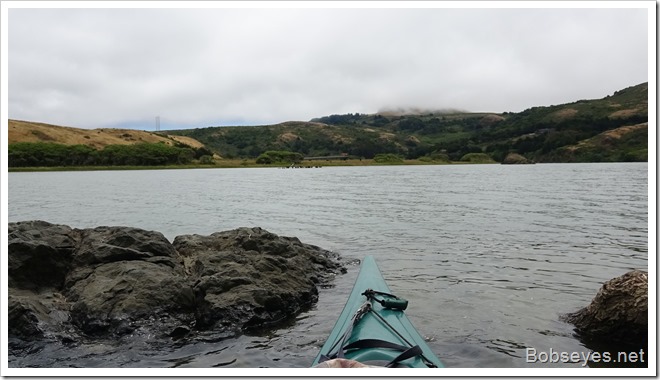 Cormorants and a couple different kinds of ducks resting on some gravel. 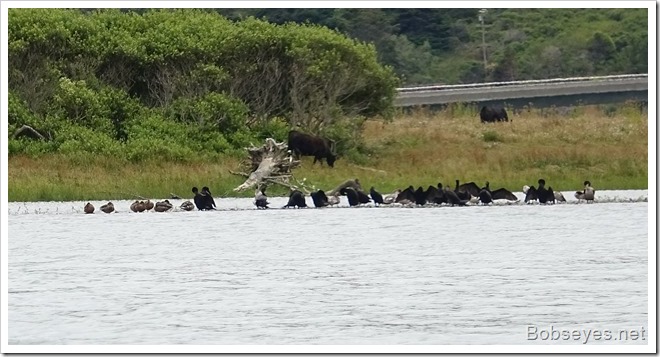 I continued on my way up the river about a mile going along here. 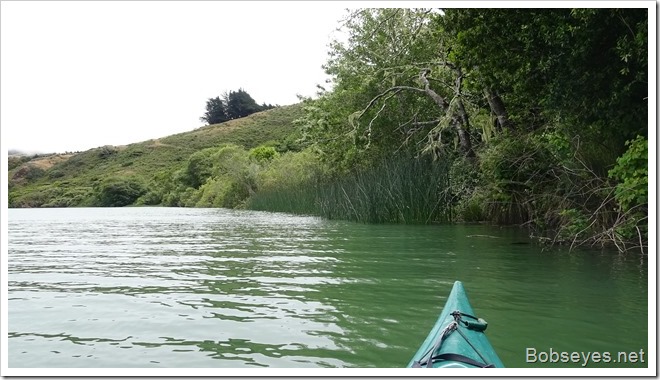 I paddled just a little further to Muskrat beach and stopped and spent some time before starting back down the river.

On the way back I spotted this hole in the tree and about the same time this little bird caught my eye as it flew in and landed just in front of the nest tree as it was wondering about me. 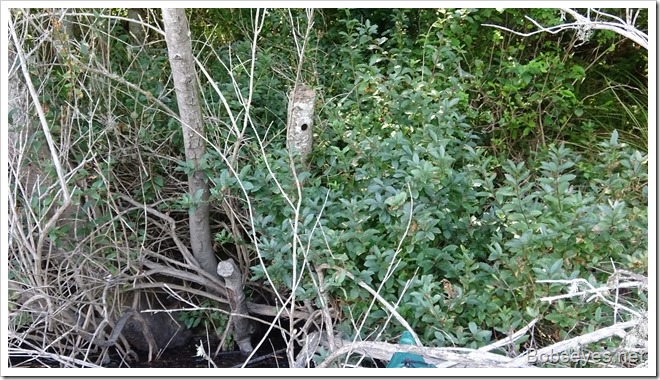 Here’s the little bird with something in it’s beak for the little ones in the nest which it flew up to and in. 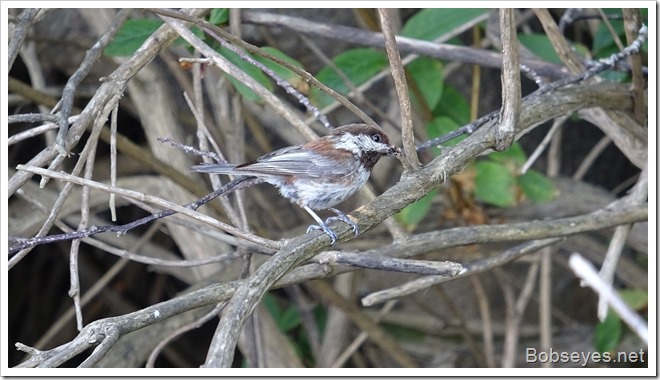 I got it as it was coming back out. It was back shortly with some more goodies as I watched. 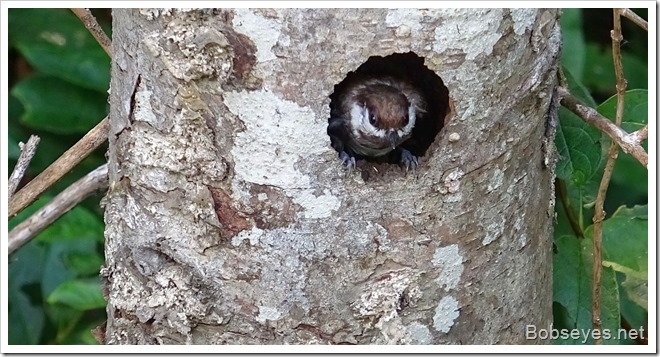 Looking for berries to eat

I worked my way on down the river to this spot I call Swamp Rock Trailhead and landed to go look for some berries to eat. 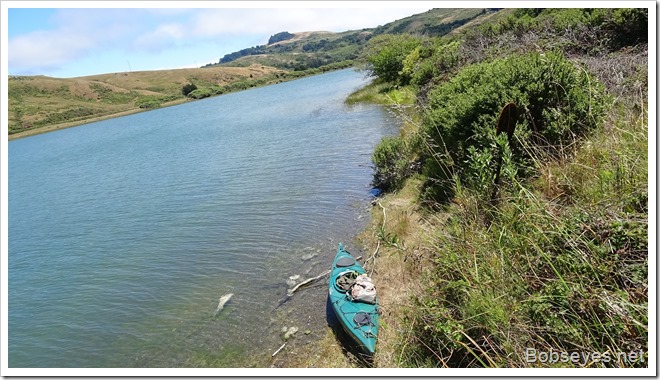 I walked through these berry vines but only found a few berries to eat. 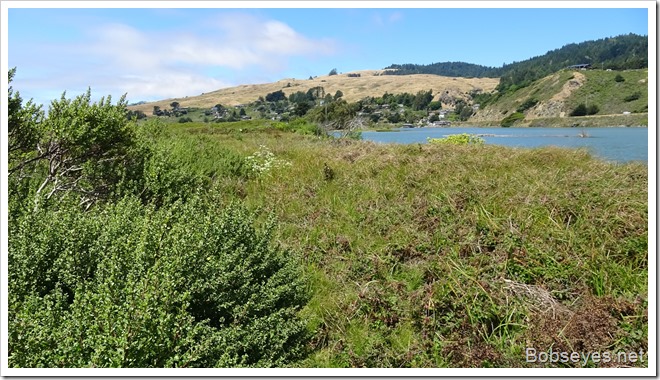 Nice little black berries which I made disappear. 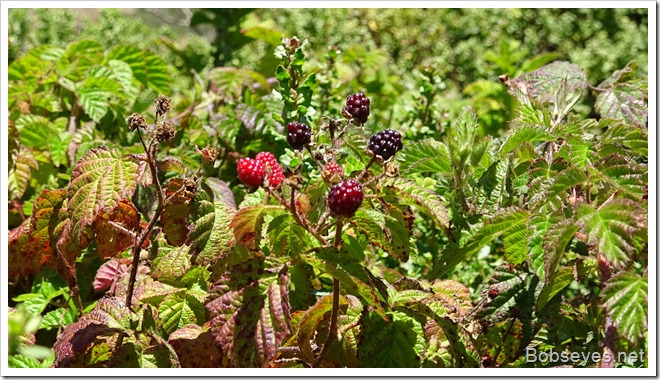 And some thimble berries which are a little bit like raspberries, sorta. 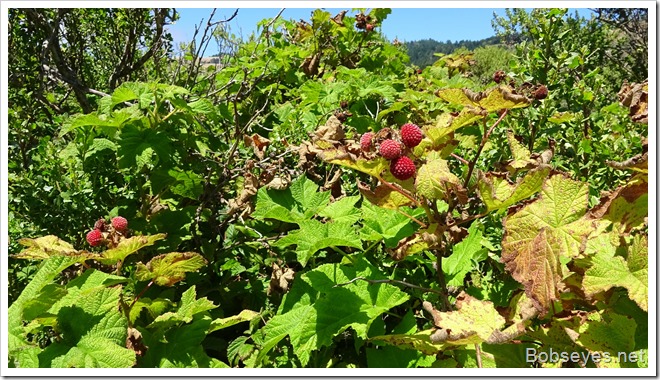 I didn’t do well on eating many berries but I got a little walk in which never hurts.

I put the boat back in the water and was headed back to the boat ramp when this family of merganser ducks scooted by hunting making a lot of splashing while doing it. 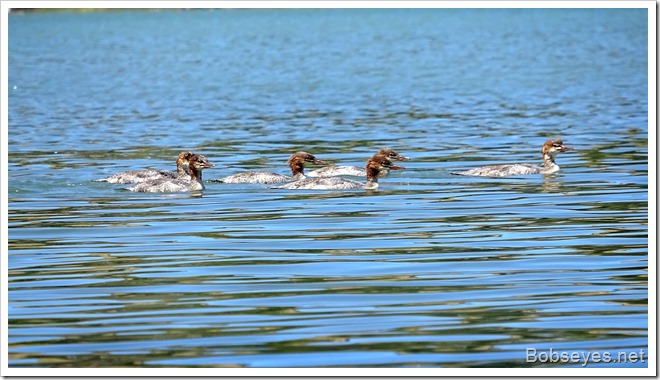 Some guy’s pointing to the back of my car

Once the boat was on the car it was homeward bound, but before I got there as I was pulling into a stop sign in Guerneville a car pulled up beside me and the guy was pointing to my cars back saying something, so I rolled the window down.

The guy says there are some tools on my back bumper.  Hummm? I pulled across the street and got out to look and sure enough there was my set of real small drills I was using to clean out the carb jets yesterday. 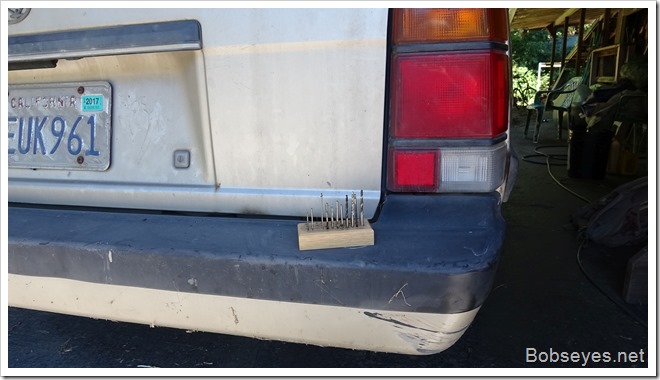 The set rode about 15 miles down to Jenner and about 12 miles back without falling off. Just luck.

Once home I got some salt out and went outside and got the ladder out. I wanted to pick some wild plums and pickle them with a solution of salt and water or a brine. 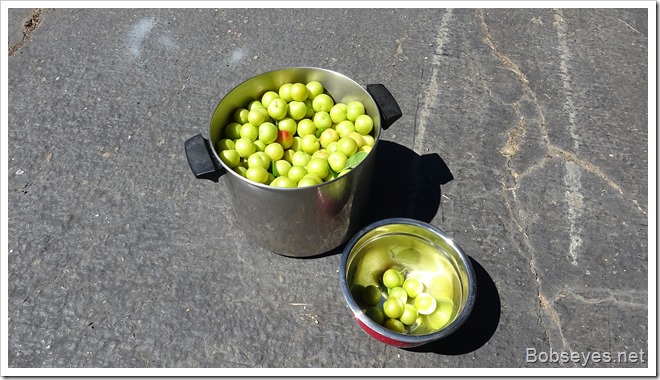 Next I wanted to tackle the van’s winch not working. I needed to install the two new solenoids I had purchased so I took all this old stuff apart so I could work on it. 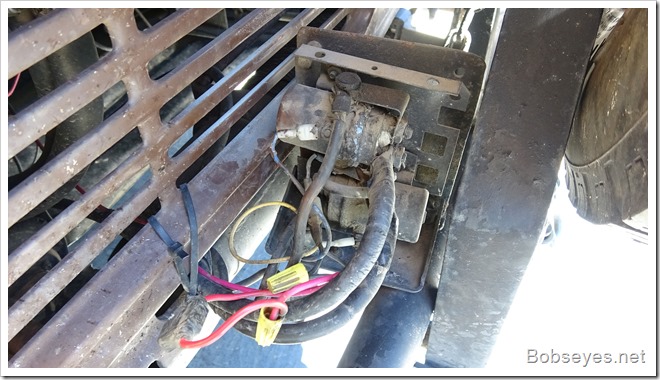 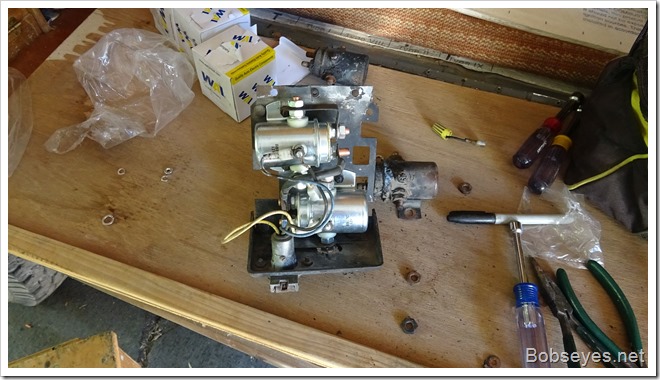 That didn’t fix it

I hooked the battery back up and gave the winch a test. Both solenoids were clicking and seemed to be working, but the winch wouldn’t turn over which I had expected as I thought it was jammed the other day when I found the bad solenoid.

I thought if I could get the winch’s electric motor to turn a little it might all free up and work  so I got a big hammer out and pounded on the winch motor as I tried the switch repeatedly. The winch moved a little at first, but then just wouldn’t move any more.

What  I need to do is drop the winch so I can disassemble the winch motor, but I’m thinking I might not do that as I don’t feel like it as I don’t really need the winch for this up coming trip.

The rest of the day I spent chair hopping and doing some planning for my up coming trip which is coming on fast.