Nice day for a paddle and a walk

Too many itches to sleep well last night so I didn’t get it going until about noon. I’m still getting some corn in my food somewhere but I haven’t been able to figure out where yet.

Tried to get some shocks for the van

On the way down to Jenner to kayak around 1, I stopped at the local auto parts store to order some front shocks for my van. Only trouble was they didn’t carry the one’s I needed so that was a bust. I’ll  have to order them online.

From there I continued on down to Jenner to kayak. The water was muddy and up a little from the recent rains. But the wind was down and the muddy water didn’t matter much.

The boat ramp was a bit muddy though, so I got a bit of mud on my shoes and in my boat, but hey, that’s boating.

I paddled on up along the north shoreline and stopped by this rock in this spot to sit for a spell. 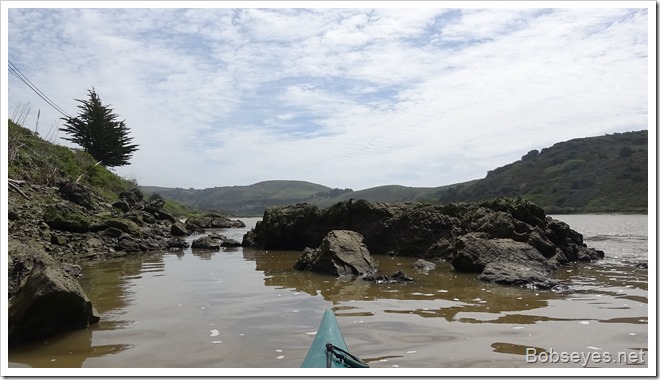 This was my view from that sit spot looking back down at the town of Jenner. 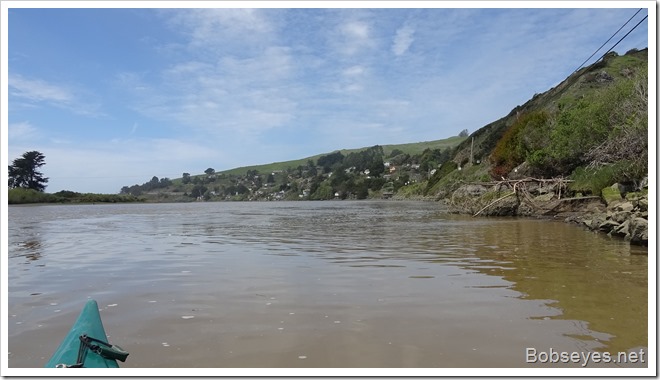 I continued to paddle up river along it’s edge and went by these flowers blooming. 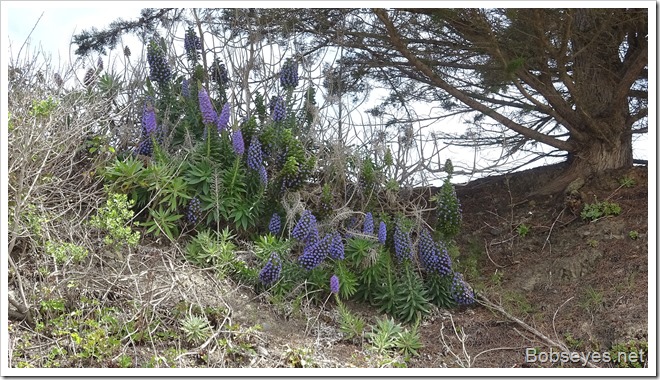 From there I crossed the river to the south shoreline and paddled up to Eagle’s Landing and sat for awhile just taking it easy.

Eventually I started back down the river.

I stopped in these redwood logs for another break. 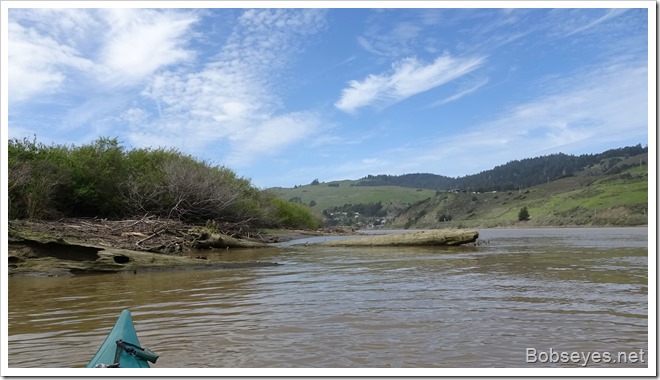 When I left that spot I followed this pair of mallard ducks down river for a bit. 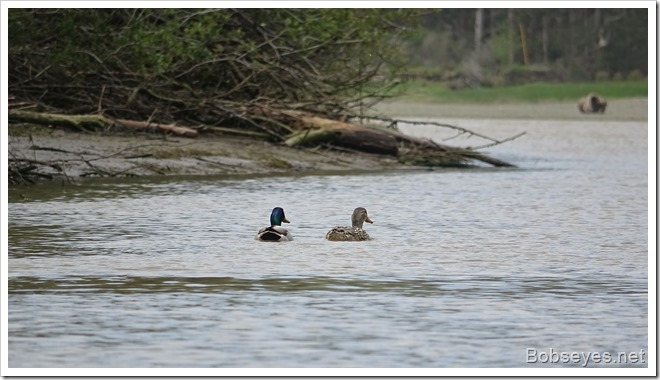 Swamp Rock for a walk

I wanted to go to shore for a walk, but the tide was out and most of the river banks were covered in mud which I was trying to avoid.

The shore is muddy to my left, but just up ahead there is some gravel I can get out on and not get muddy. 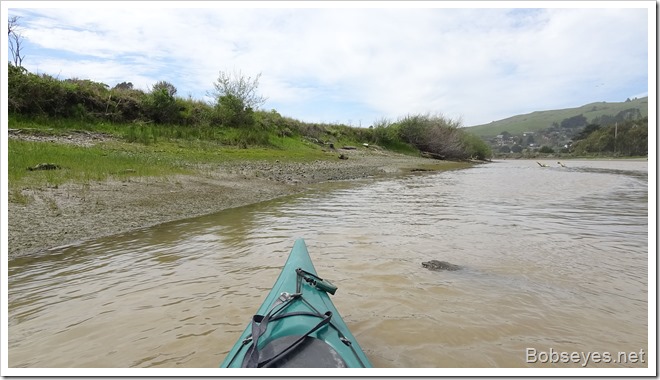 I landed at a place I call Swamp Rock Trailhead to go for a walk up along the river on a trail I call Poison Oak Alley Trail.

It goes through here. The poison oak is dormant right now but the place is loaded with it. 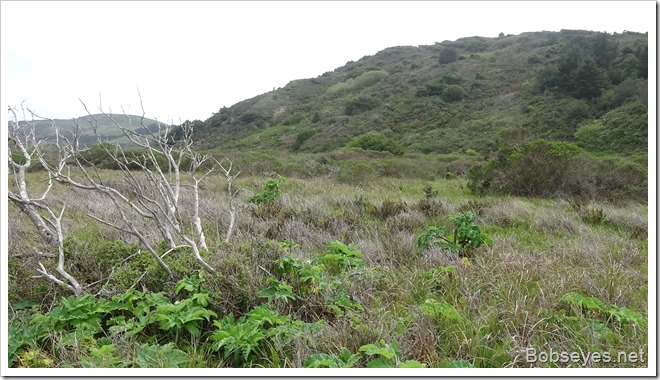 And through this brush. I did notice lots of wild blackberry blossoms out so maybe it’ll be a good berry year. 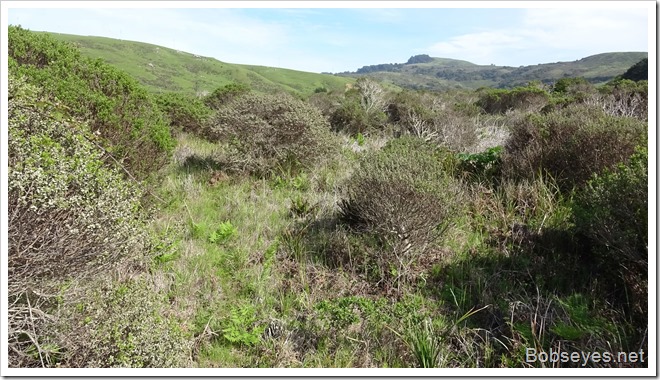 I walked about a  half mile up and back and returned to where my boat was. There was a nice grassy spot by the boat so I sat and watched and took it easy sitting in the grass for a bit. 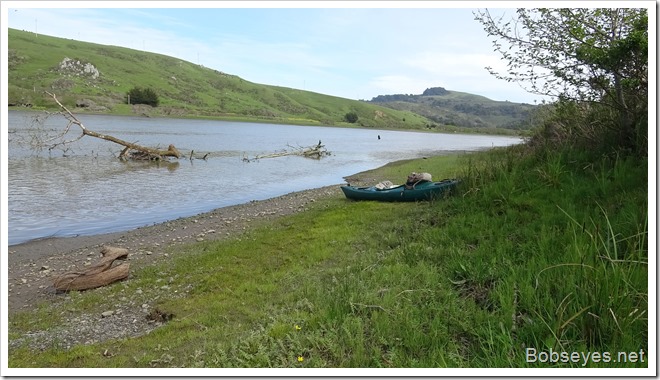 While I was sitting there most of the light wind died to barely a breeze, so when I put the boat back in the water it looked like this. 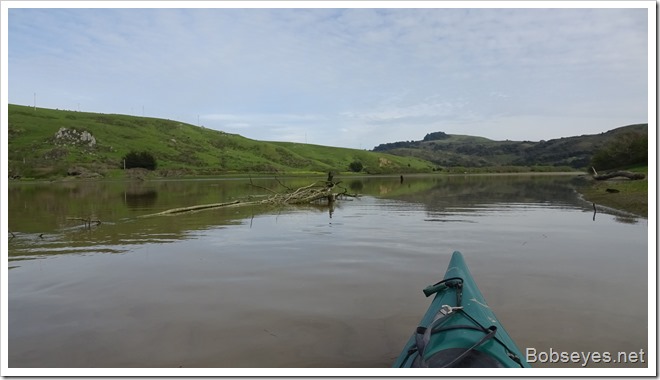 I paddled by these merganser ducks. A male and some females. It’s mating season you know. 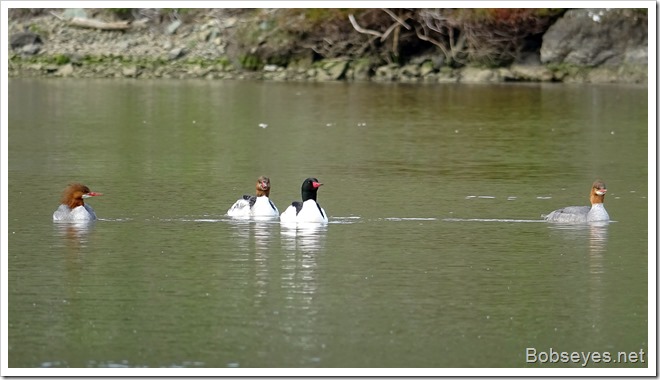 I decided to paddle down the Penny Island back channel that looked like this as I drifted down in the current. 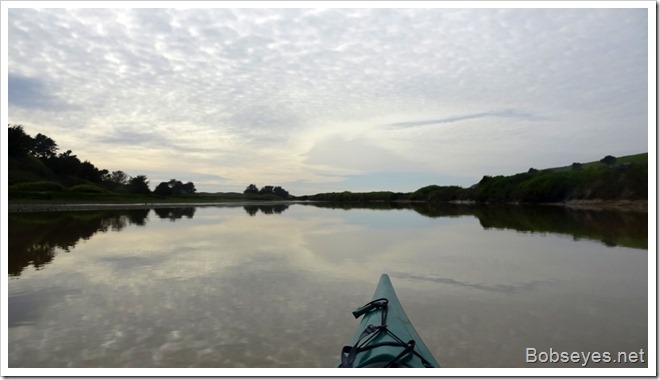 There were quite a few birds near the lower end of Penny Island.

This great white egret was fishing and catching some real small little fish. 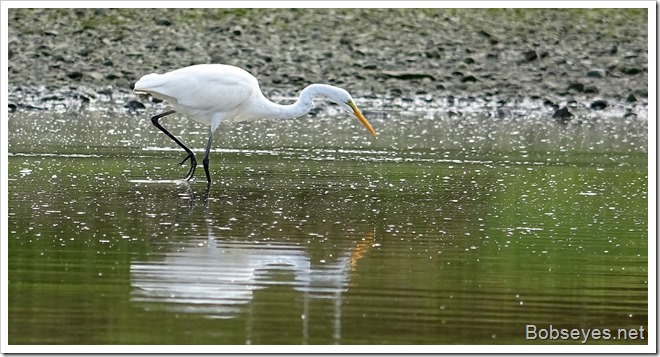 There were a pair of crows feeding in the rocks. I watched as this one turned over rocks to find some kind of food under them. 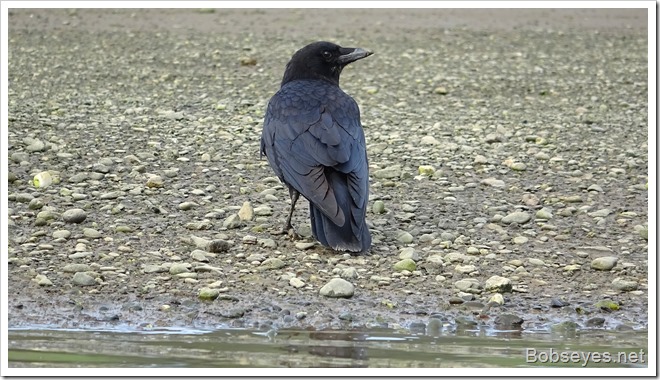 I paddled by this pair of birds on the lower end of the island. 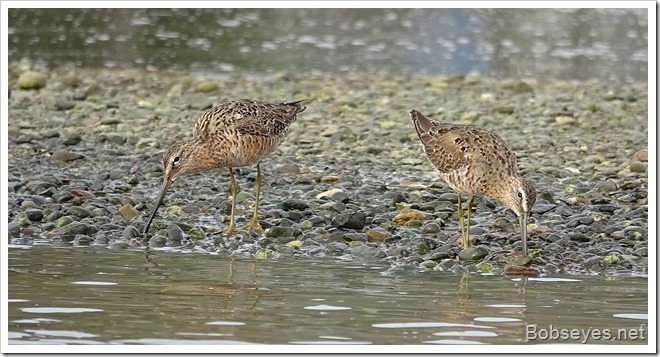 Just past them were a bunch of birds. Mostly seagulls and terns. 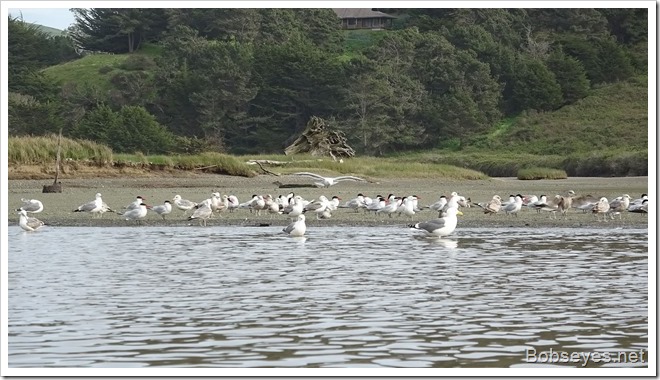 And I went by this cormorant just resting on the log. 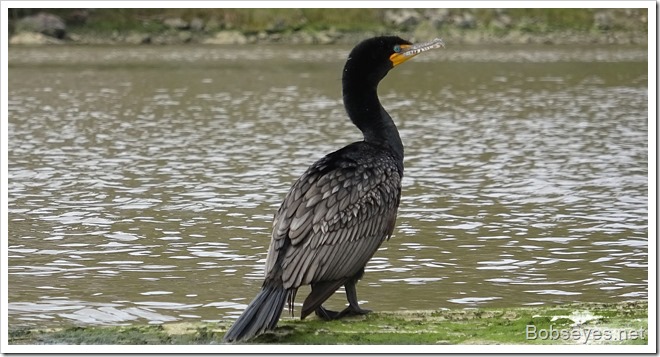 I pulled into the boat ramp just after 6 and the river looked like this. 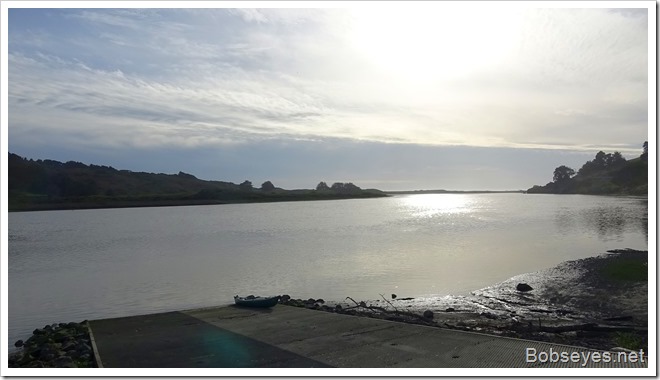 Once the boat was on the car I drove on home and that was pretty much it for me today for a nice one.

1 Response to Jenner Paddle, Walk On Poison Oak Alley Trail and Some Birds