Jenner Paddle, Some River Otters and a Blackberry Walk

Going for a paddle

The weather guys said it might be a bit windy at Jenner today but so what. I was off around noon and put my boat in the water at the Jenner boat ramp.

I paddled across to Penny Island and then on up along it’s edge. Looked like a nice day. Not too much wind so far, just a little fog. 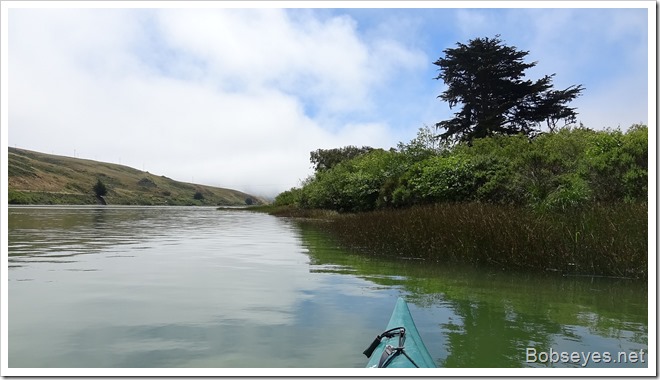 I pulled into this spot on the upper end of the island and stopped and looked around a bit from my boat. 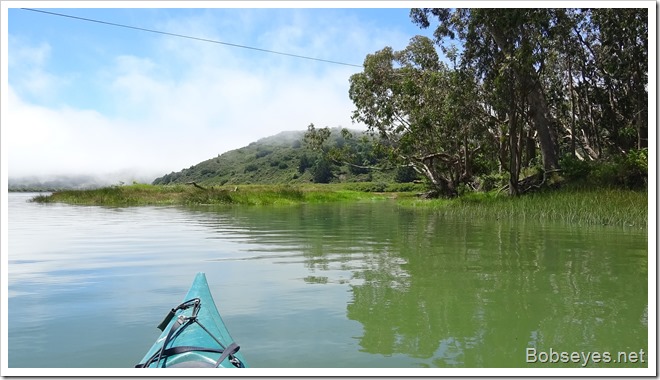 Continuing on up the river I could see some fog trying to move in. It tried all day but never really made it much more than this. 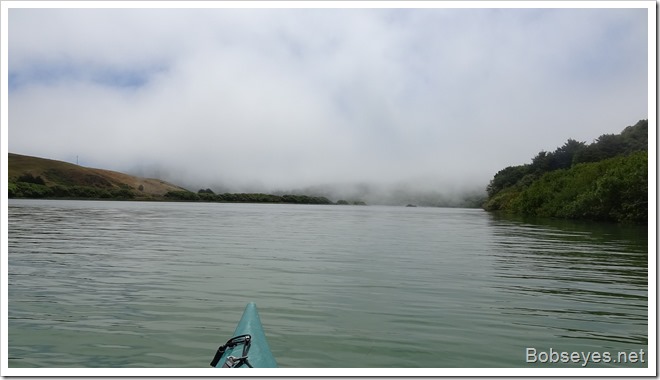 I paddled on up the river along here going about a mile or so. 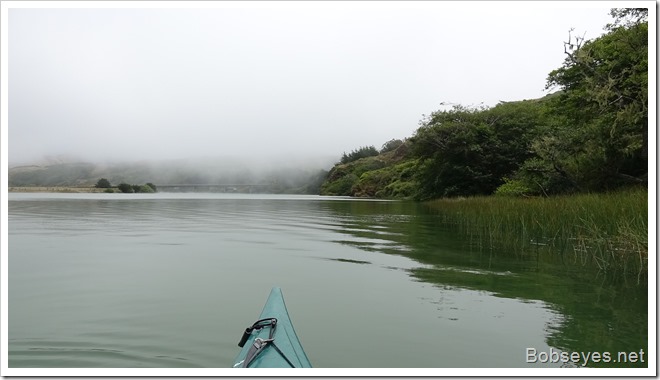 Otter noise in the trees

I was moving along here when I thought I heard a duck noise in the trees. But then I realized it was an otter noise very similar to some ducks. 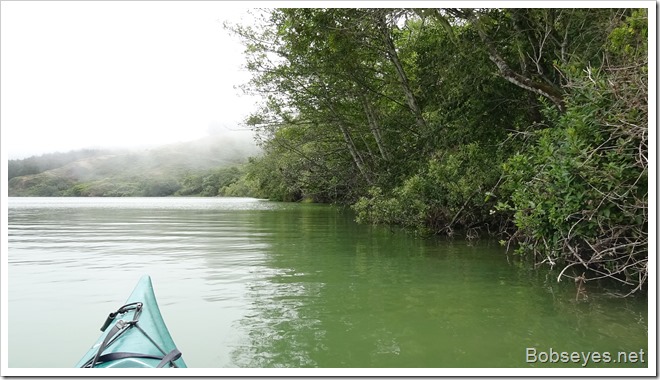 I moved out into the river a bit to see if I could spot where the otter  might be and soon spotted it. There was only one of them and it soon disappeared as they do. 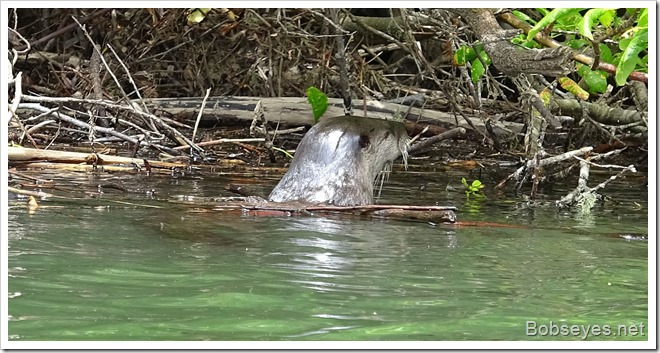 I continued on up the river looking for the otter but didn’t see that one again, but I did see something moving in the water just up ahead and it moved into these reeds. It turned out to be a garter snake a couple feet long. One of the things they hunt here is small fish about three inches long. I’m sure they hunt a bunch of other stuff too. 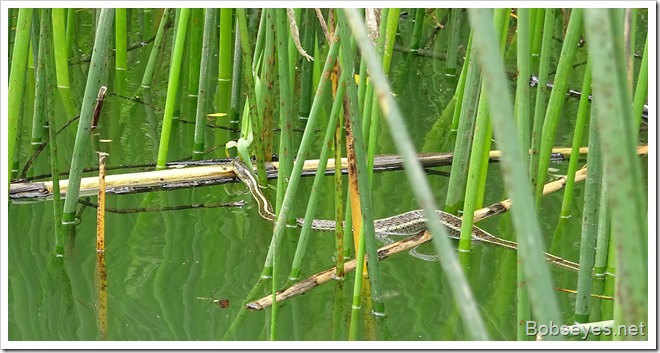 I paddled just a bit past the reeds and stopped in this spot and sat in my boat and rested and watched. I’m looking down the river towards the town of Jenner which is in the fog just a bit. 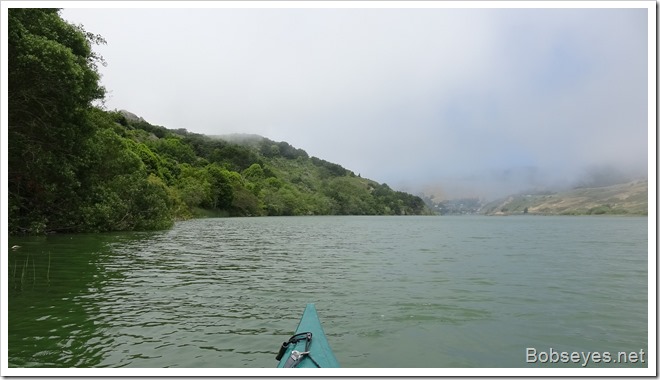 More noises in the trees

Eventually I started working my way back along this shore line when I heard some big splashing noises in the trees to my left. 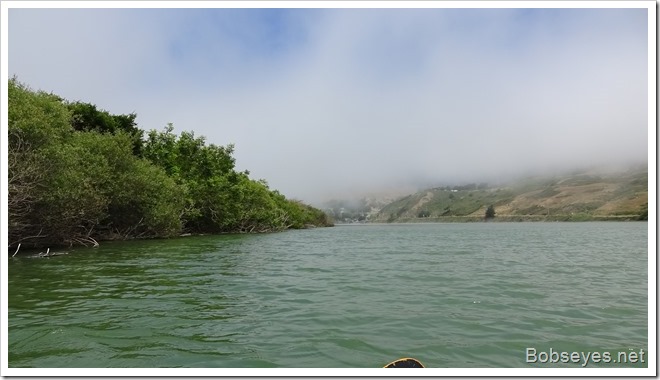 I spotted this otter. 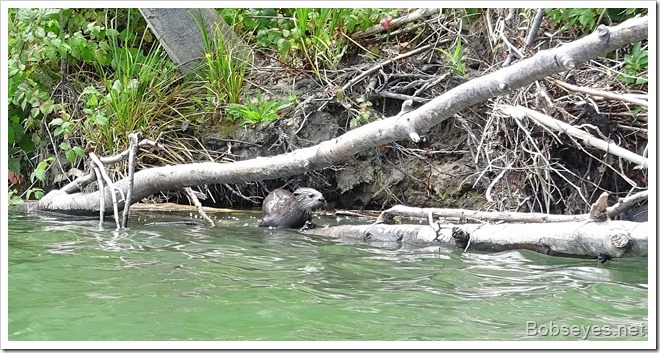 And then I spotted these four young ones. They were fishing along the shoreline as they moved up the river. 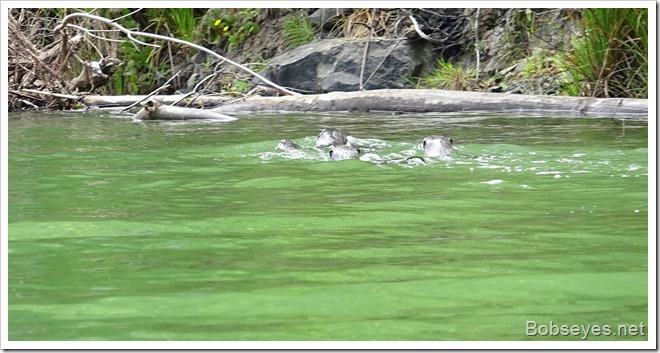 I lost them for a bit, but when I rounded a tree poking out into the water all four of them were out of the water on the rocks, at least for a  moment as they all rushed back to the water. 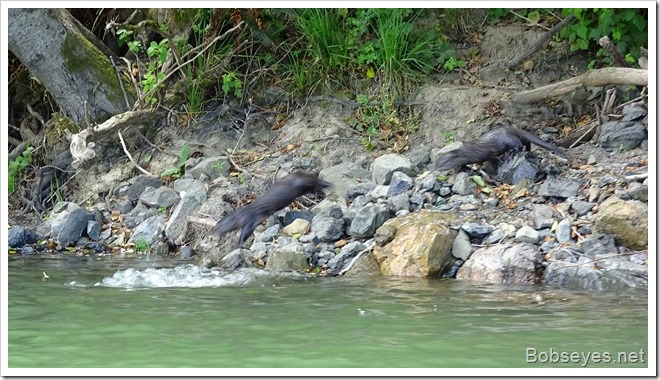 They lost me after that so I continued on down the river looking for a spot to beach the boat along here as I was interested in some blackberries. 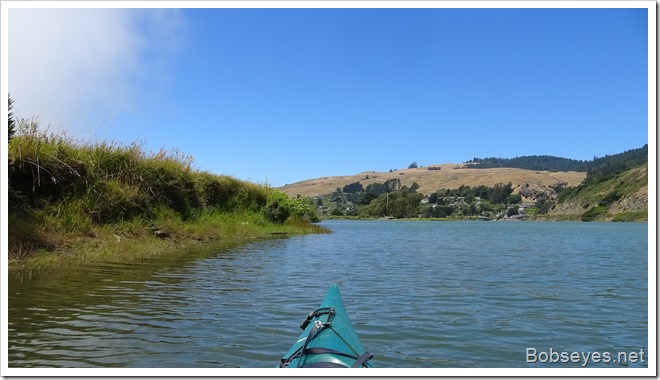 There’s wasn’t much of a beach here but there was enough. I got out and walked around in these grasses as there’s a bunch of berry vines in them. I found a few and ate them of course. :O) 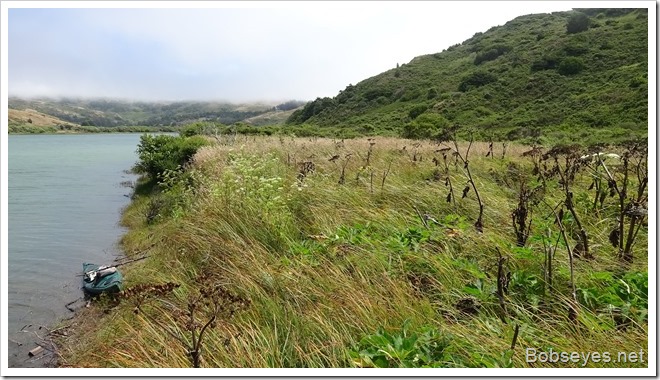 After a short walk looking for berries I got back in my boat and crossed on over to Penny Island. The wind had come up a bit making some white caps. From this spot I could see down to the ocean and see big waves breaking over the sand. 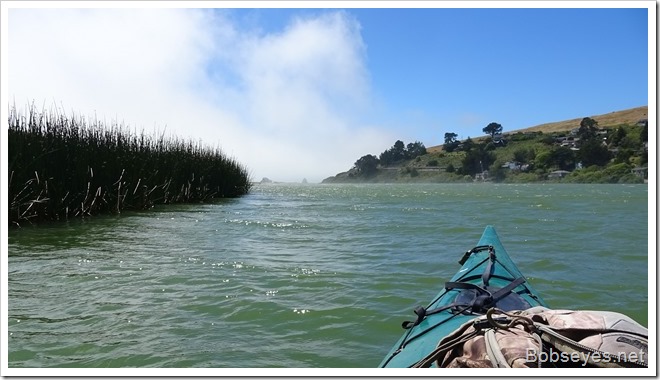 The waves and the white caps were not a bother to me as I paddled across to the boat ramp. 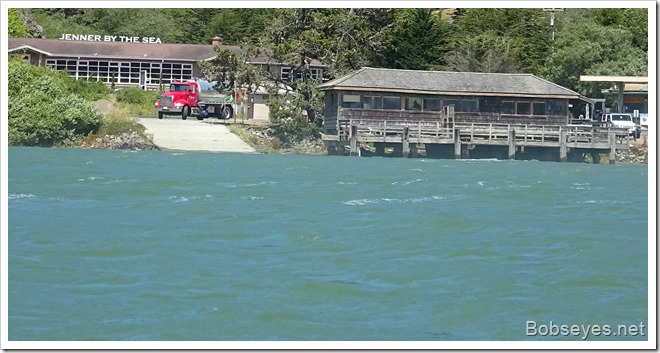 I went on home for a bit of a nap. After that I went out to see how the chickens were doing, checking their water and giving them some food. I also collect the eggs. Every thing looked good with the chickens.

I spent the rest of the day puttering around the yard doing  mostly nothing.

1 Response to Jenner Paddle, Some River Otters and a Blackberry Walk