As I put my boat in the water at the Jenner boat ramp and crossed over the river I could see a fog moving in down river towards the ocean. Since I was down that way a couple days ago I decided to paddle up river this time.

Looking down river at the fog trying to come in. 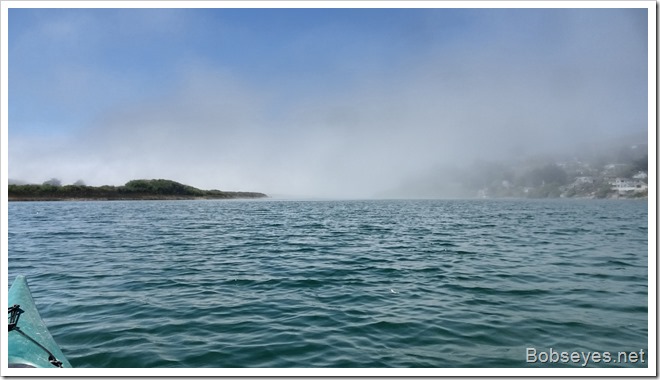 I went by this seagull doing some splashing. It was trying to get a small crab down, which it will break up and eat. The estuary has thousands of little two inch dungeon crabs in it this time of year and the seagull eat quite a few of them along with other birds. 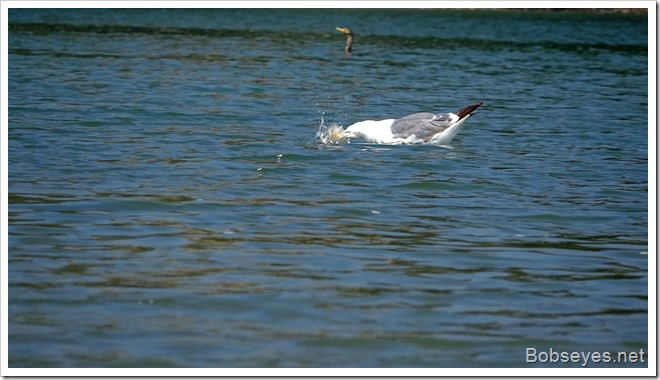 I slowly paddled up the river stopping here and there along the way for a bit.

I stopped in this spot and decided to continue up the river as I hadn’t been up very far in quite some time. 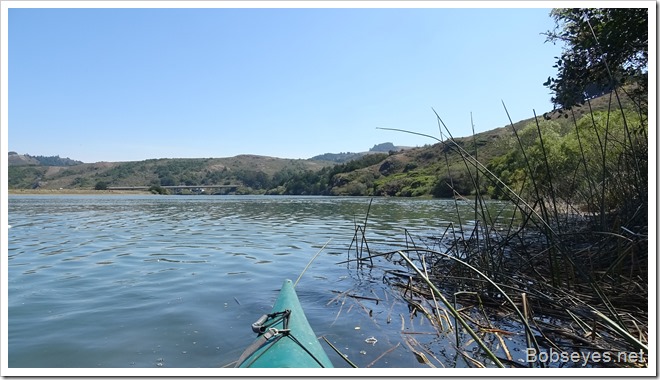 I stopped here at Muskrat for a bit. 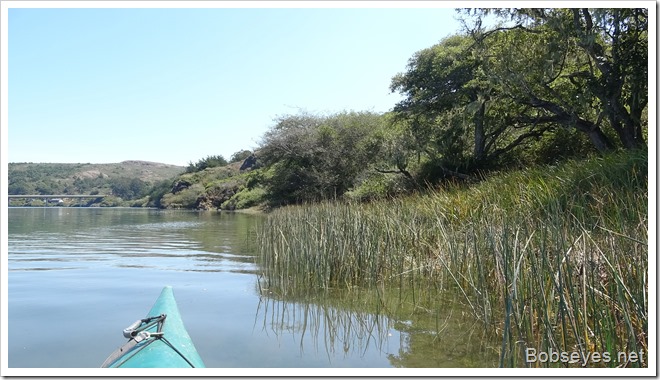 And this is also a good spot to stop in these old lumber mill reject boards from the old Duncan’s mill from long ago. 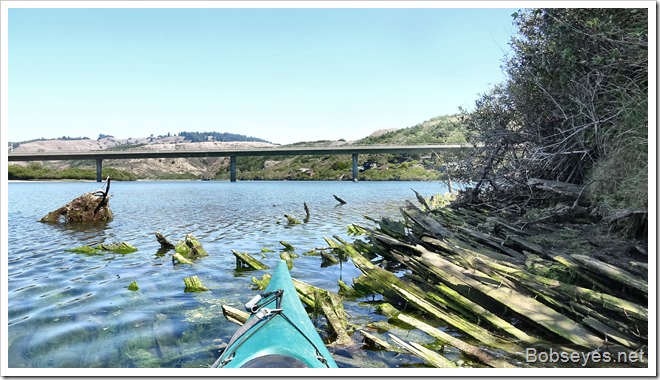 I paddled on up the river until I got to Willow Creek. The water was high enough to paddle into the creek so I did. 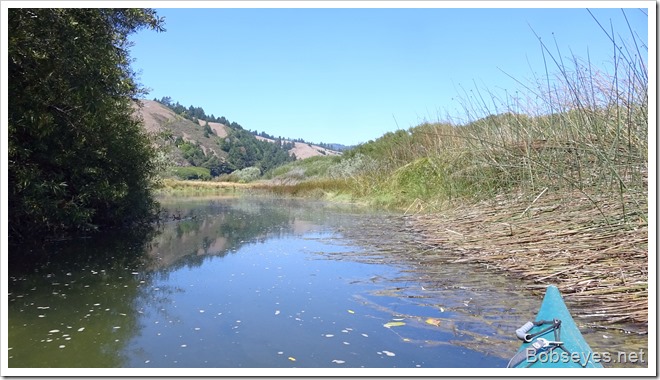 Going under this bridge there is a neat echo so some verbal noise is good, although anyone up on the bridge would think there is a nut down here. 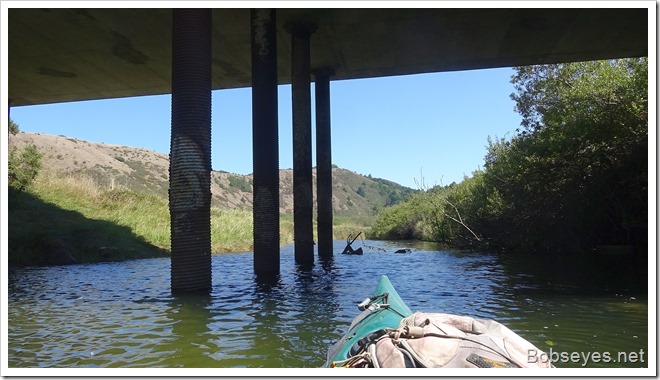 When I exited the creek I was doing some thinking and not paying much attention and before I knew it I was headed down stream when I intended to head up stream. No matter it doesn’t matter where I go. I pretty much play each paddle by ear or and eye.

So I headed on down stream. 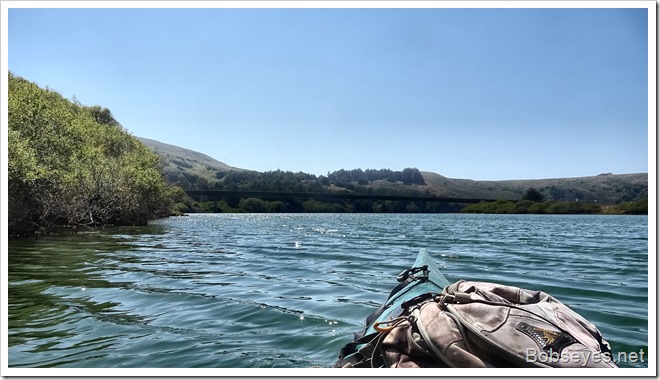 I pulled into this spot above the highway one bridge and spent about an hour here not really intending to. 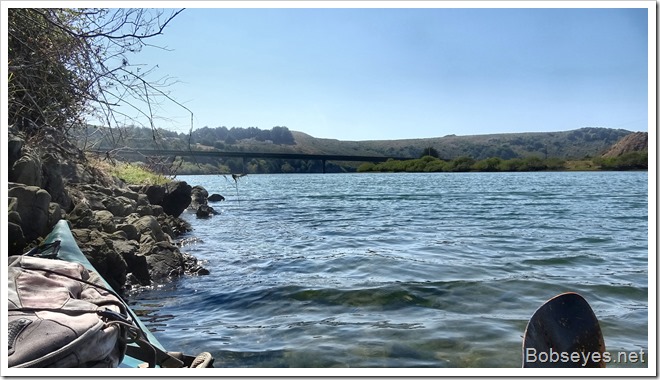 Paddling down stream I went by this dead ladder. You never know what you’ll find on the river. No bodies yet, thankfully. 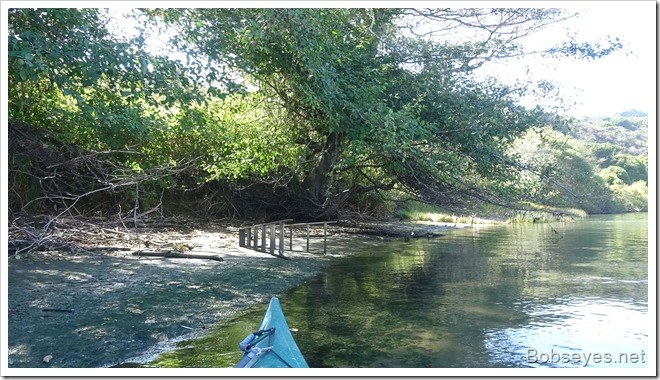 As I paddled along the little wind we had earlier pretty much died down which makes for an even nicer paddle. 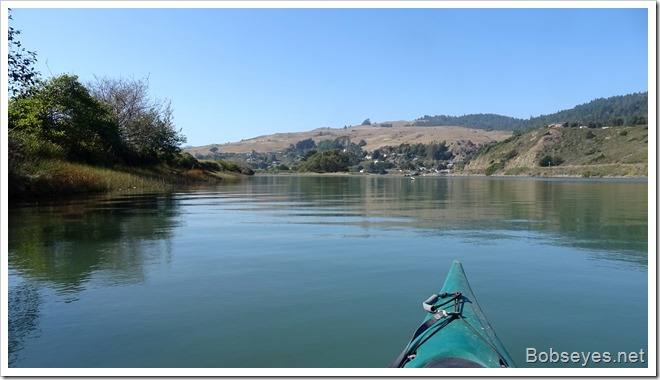 I paddled by this bird which got about 10 feet from my boat and didn’t seem to mind being that close. For some reason I’m at a loss for this birds name even though I know it. Older age stuff, oh well, it’s not important. 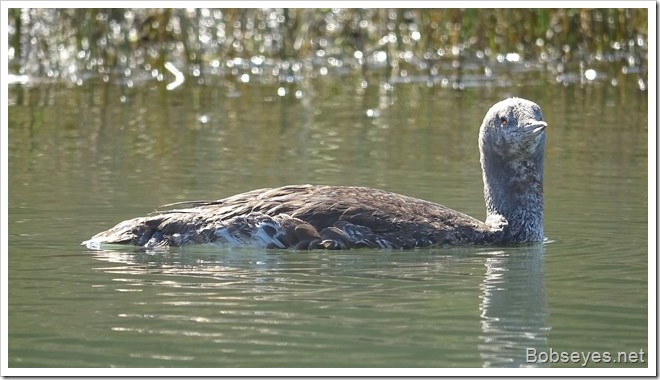 I paddled on down the Penny Island back channel and went by this great blue heron. 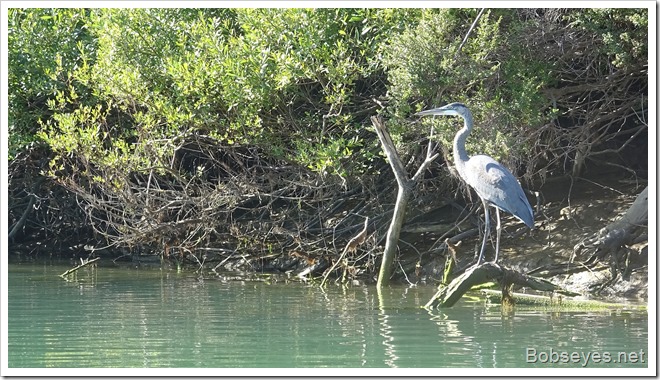 I could see a bunch of birds on the lower end of the island. 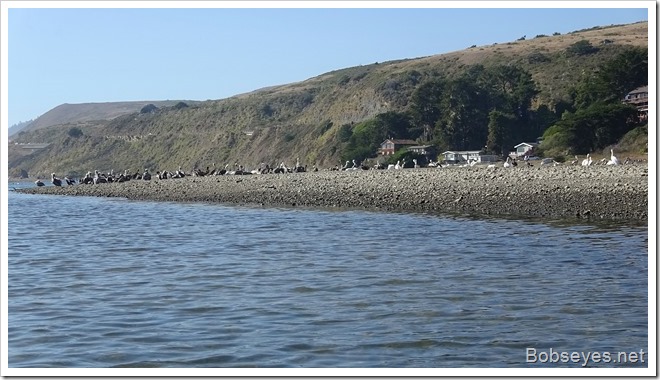 They were mostly brown pelicans resting on the gravel. 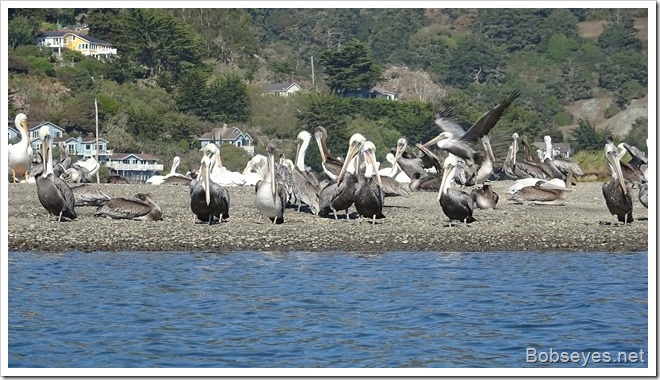 As I rounder the bottom of the island I could see all these birds down by the mouth and a seal in the water. It looks like the birds are returning after the forest fire in the area when they seemed to have left the area, mostly pelicans down there. 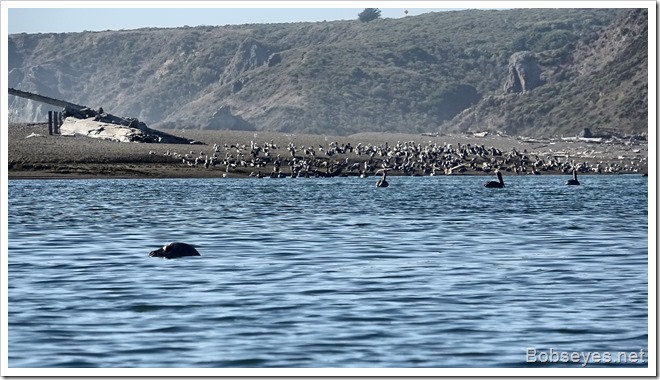 I rounded the bottom end of the island and headed on in to the boat ramp. 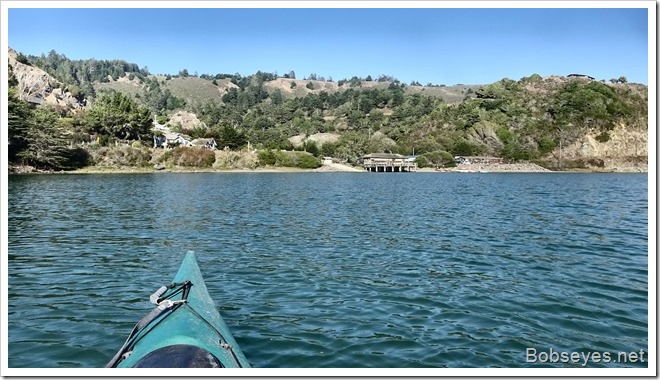 I went on home and tended to  my chickens and than a nap was in order.

I did some chair hopping around the yard in the evening doing not much of anything.

That was my day, had a nice paddle.

3 Responses to Jenner Paddle Going Up River and Brown Pelicans