I was planning on doing some shopping today but Joe, who I wanted to also visit wasn’t going to be in so I canceled the shopping until tomorrow and drove on down to Jenner to kayak. There was some high fog coming in as I arrived which made it a bit cool as the fog acts like an air conditioner.

I put my boat in the water and started my paddle up the river a bit taking my time. I only go up about a mile or so and that’s usually far enough to keep  me busy for the day.

Here I am paddling up the river and you can see the high fog. 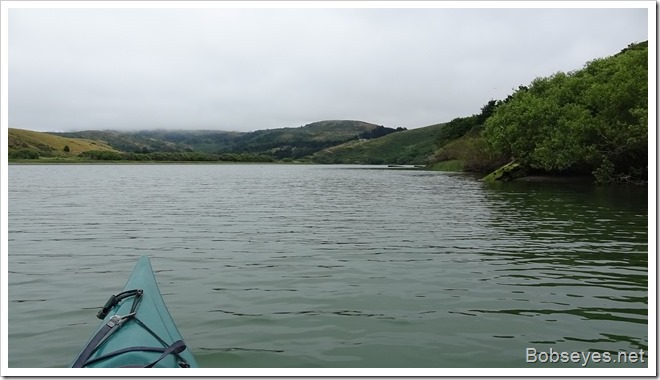 I went by this great blue heron.  Wonder how many times I’ve taken it’s picture. 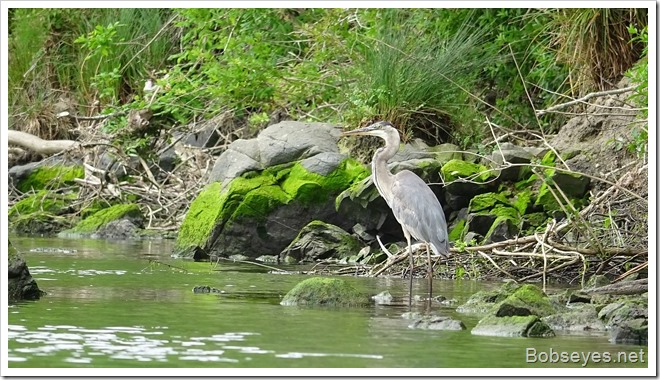 Turned around at Muskrat

I paddled up to Muskrat and turned around and spent some time in this spot just watching. 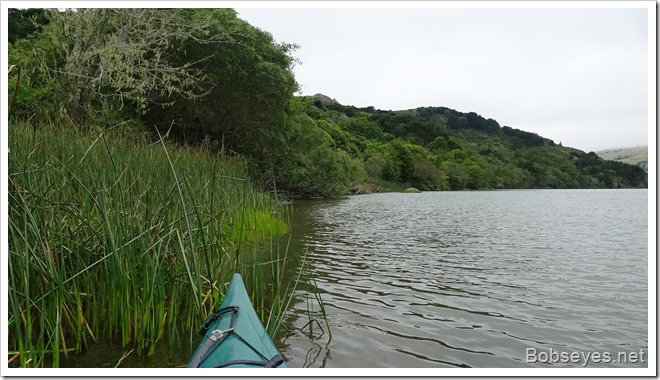 As I continued on down along the river I noticed this big thing of fish bones. The bones are pretty good size. The ribs are about six inches long. I was wondering what kind of fish that was. I believe some birds have been eating on it as anything else would have destroyed the bones during the eating process. 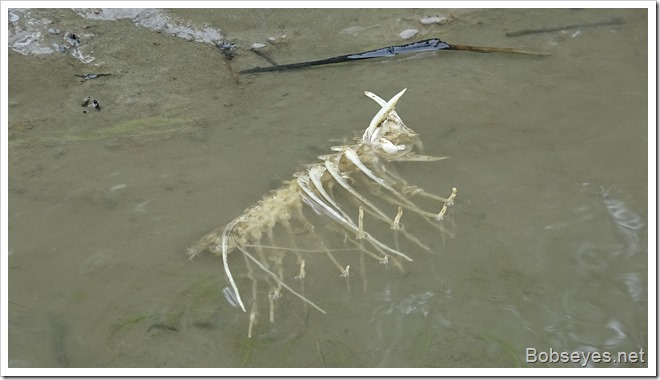 Not far from that set of bones I saw this set of bones from another big fish of some kind. Somebodies eating well down here. 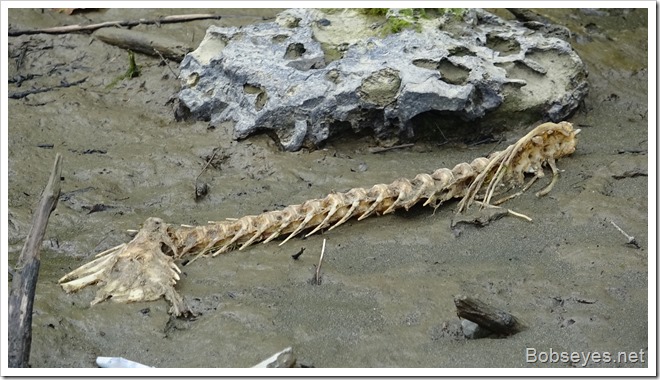 I continued on and stopped in this spot for awhile taking it easy. 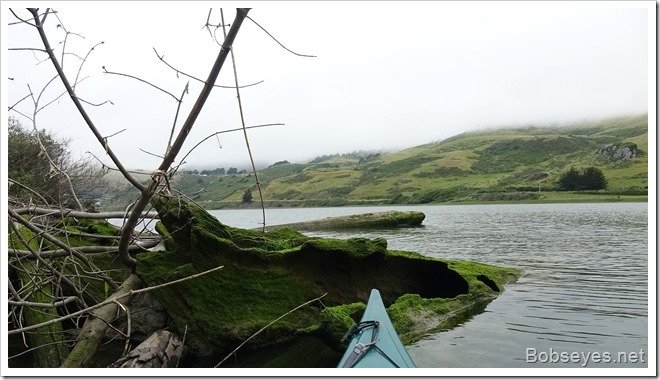 Swamp Rock for Blackberries and a hike

I had blackberries on my mind again as that’s the season around here for  them so I pulled in here at Swamp Rock Trailhead with plans to eat some berries and hike over to Swamp Rock if I could get through the swamp, meaning if it was dry or not. 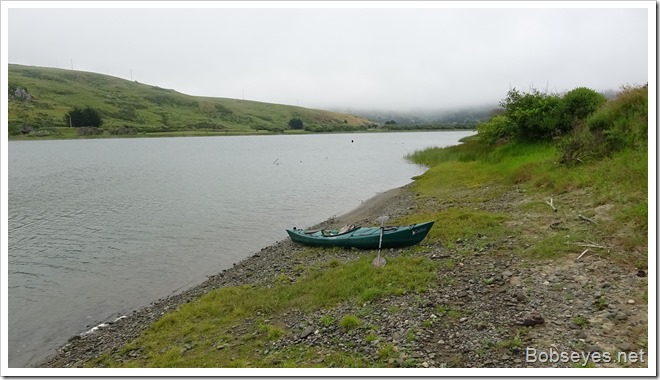 I had to walk across here to the rock over on the hill in the middle of the picture. I hunted for blackberries as I made my way over there. 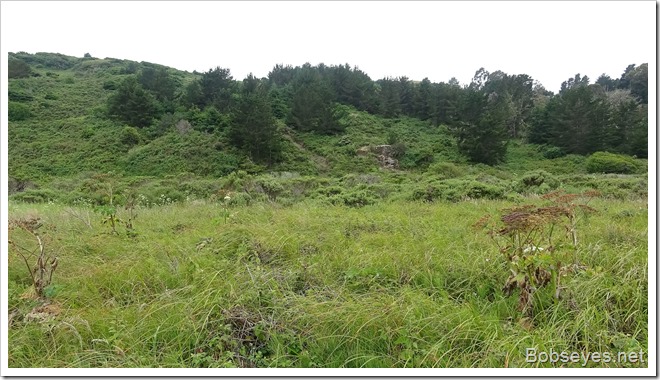 Blackberries are getting riper

Some where ripe and some were red. I ate both types if they were red enough. I’m still a bit early for the ripe ones, but I found enough to get full on them. 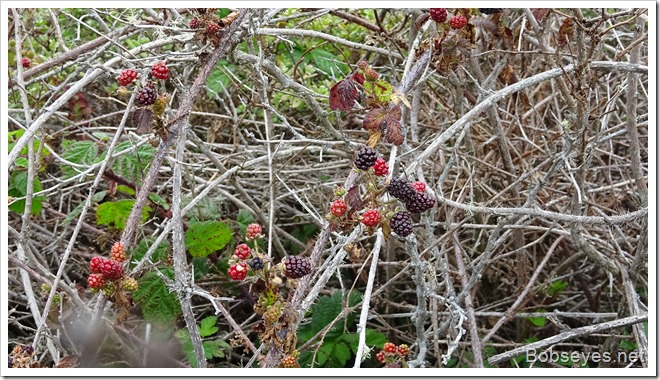 They look better than they are

There were also lots of salmon berries but I don’t  like them too well as they have a weird flavor even though they look real appetizing. 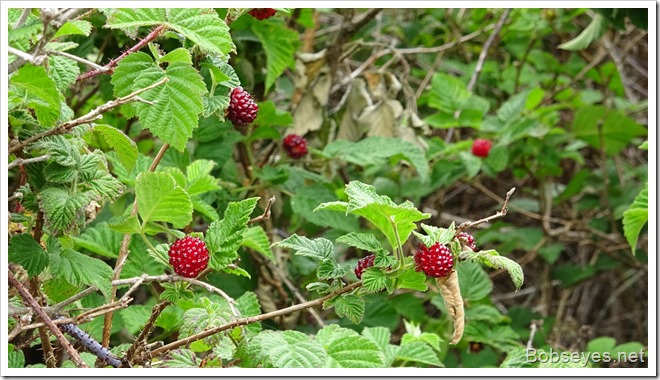 Headed to the rock

After I was full of berries I made a greater effort to get to Swamp Rock. I had to go through here if there wasn’t too much water in the swamp. 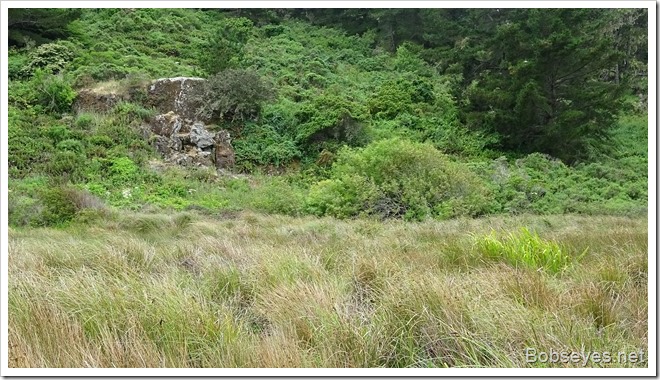 There was some water but I was able to find a way around it. 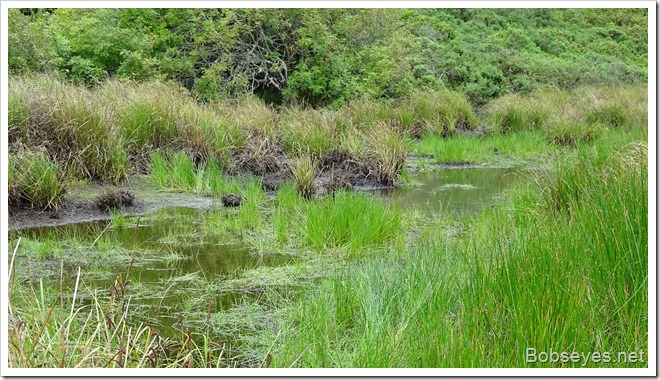 I made it up to the front of the rock, about half way up and sat for a break. Here’s the view looking over to the town of Jenner. 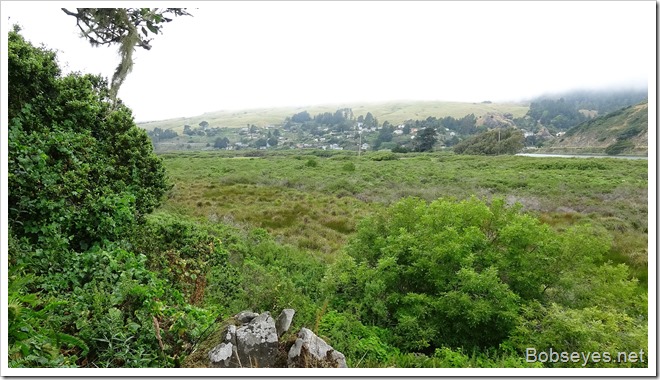 Here’s the view of the swamp and what I had to hike through from the river to get here.

Getting to the top

But I’m only on a rock shelf at the front of the rock and not at the top yet which is just above me and looks like this. I decided to try and get on up there but it took about an hour to do it going through all the brush and looking for a trail to get there. 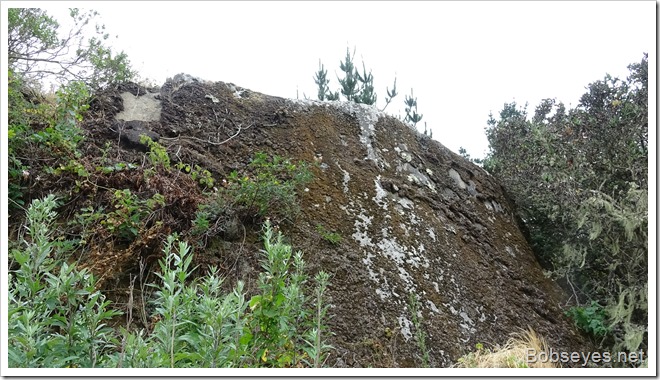 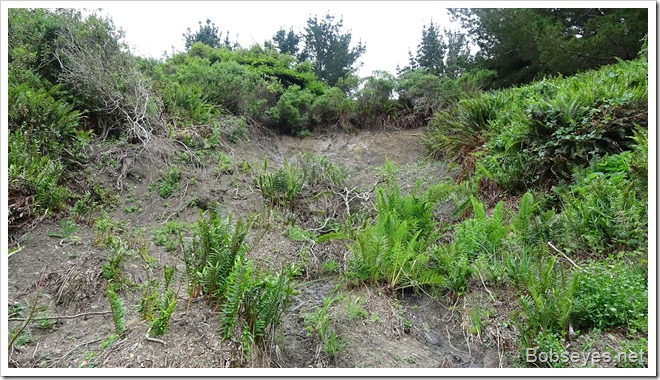 Here’s the view from the top of Swamp Rock. 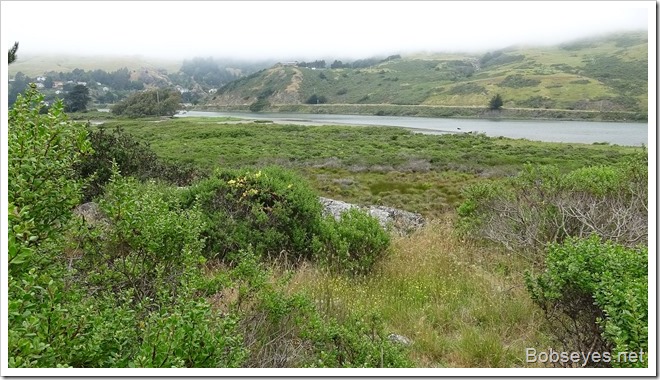 After a break there I headed on back down. I looked at this spot to go but it was too wet so I detoured around it. 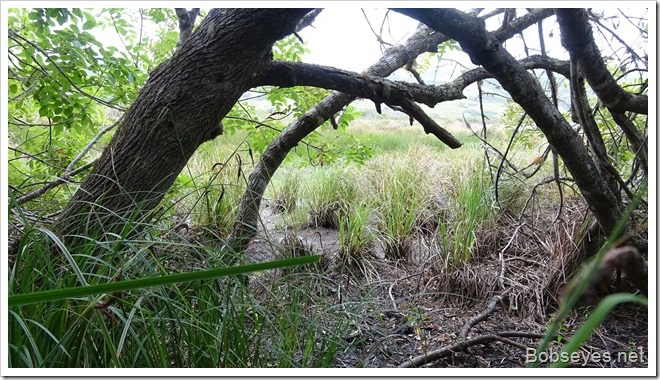 I worked around the swamp water again. It’s almost dried up for the year.

Of course I looked for more blackberries on the way back going through this high swamp grass. Yes, that’s a trail there I’m following. One has to know where the trails are here to get anywhere. 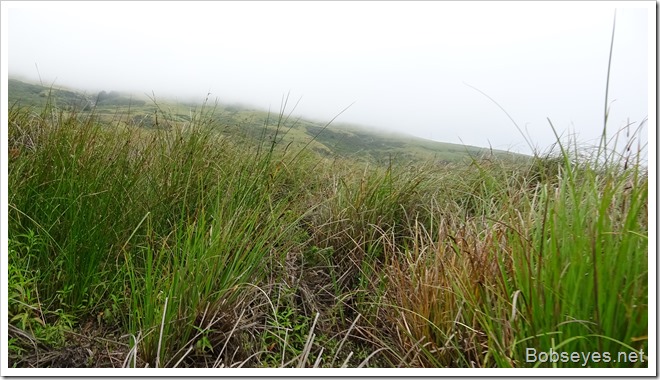 Taking out for the day

I put my boat back in the water and headed on back to Jenner. It was about 6 PM as I paddled to the boat ramp just up ahead. 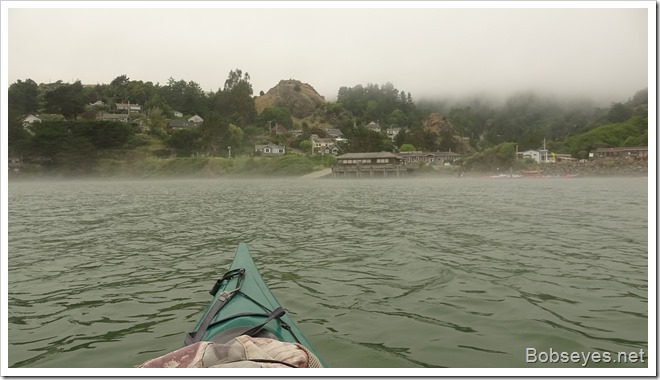 Shouldn’t really be shopping at this time

I drove on home stopping at the grocery store in Guerneville to get some stuff. I knew it would be busy but it was even busier than I thought. I finally did get out of there. Long check out lines suck.

Once home I checked on my chickens which were doing just fine and that was my day for a nice paddle and a hike and the blackberries were pretty good too.