Jenner Paddle and the Road Guys Working in Jenner

The weather guys said it was going to be a nice day at Jenner to kayak so off I went.

There were road construction people all over Jenner as I drove on in to the boat ramp.

I put the boat in the water and paddled across the river to Penny Island and stopped in this spot. I could see the road guys working on putting in a new  guard rail where people seem to drive into the river. They were also putting up speed indicator signs for cars and signs for the new cross walk 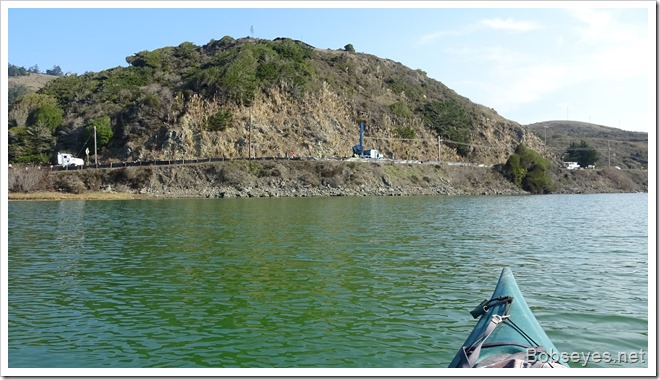 Here they are drilling holes and installing the posts for the new guard rail. 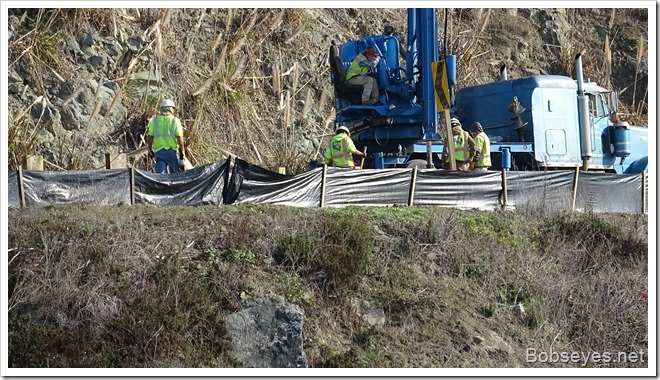 Unfortunately all this construction  has knocked out a good number of the already scarce parking spots in town. I think they’ve knocked out  more than ten of them some around the new cross  walk and a bunch around where the new guard rail is located. No one seems to care.

Eventually I worked my way down along the side of Penny Island. I saw these grebe in the water. Their numbers seem to be increasing. I’ve been by them before and they are sorta use to me so I paddled over to see if I could join them some. 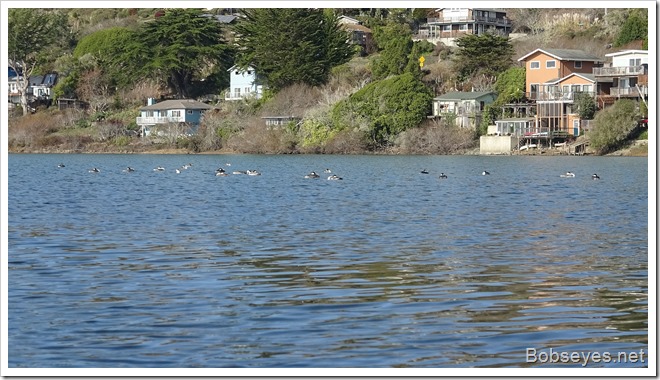 Here’s a close up of one of them. They have red eyes and dive for their food. 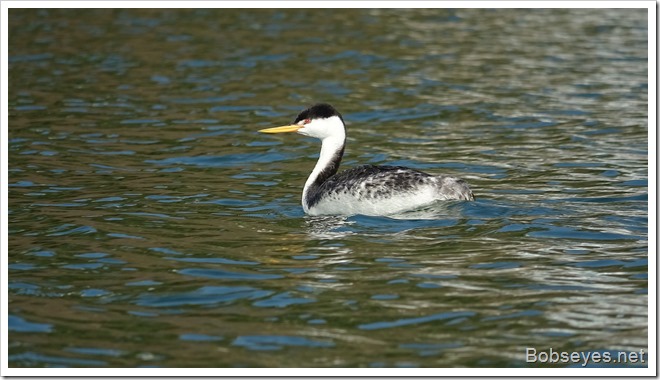 Paddling along the island

I continued paddling on down along the island headed to the bottom end. 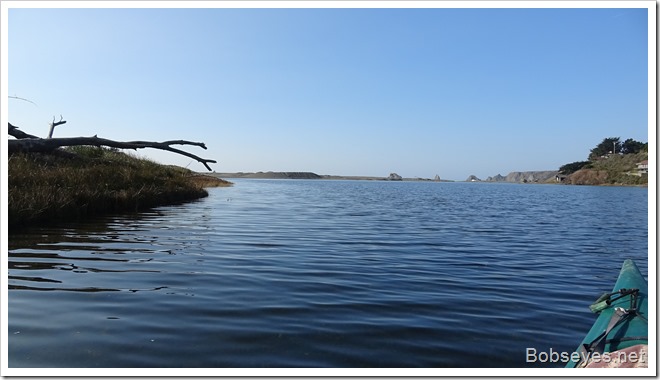 I stopped in this  spot near the bottom end of the island. 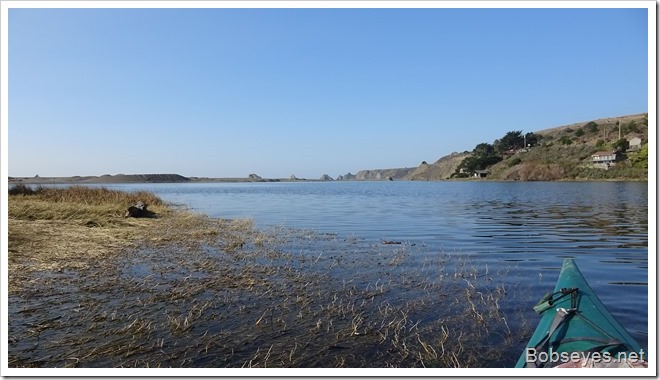 I could see down to the river’s mouth area from here. 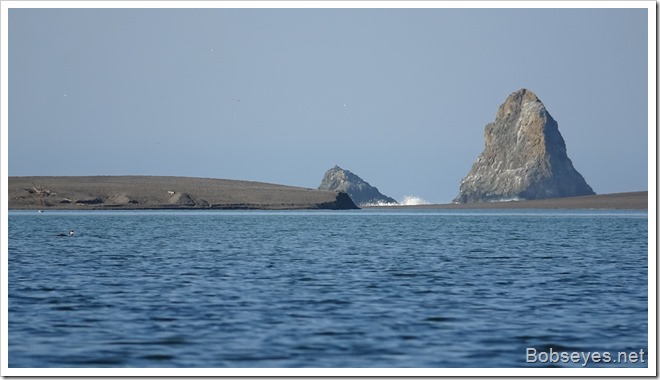 There were lots of birds down that way, mostly seagulls and that loon there. 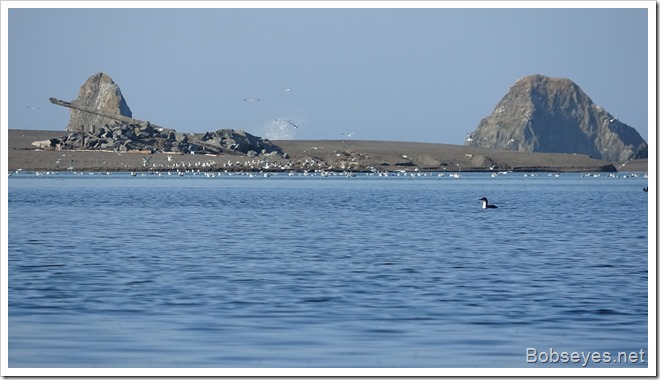 More of the seagulls flying around. 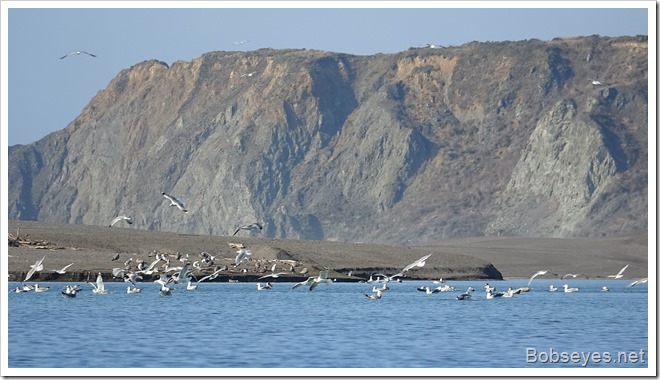 I decided not to paddle down to the open mouth and instead decided to paddle around Penny Island. I’m headed up the back channel here. 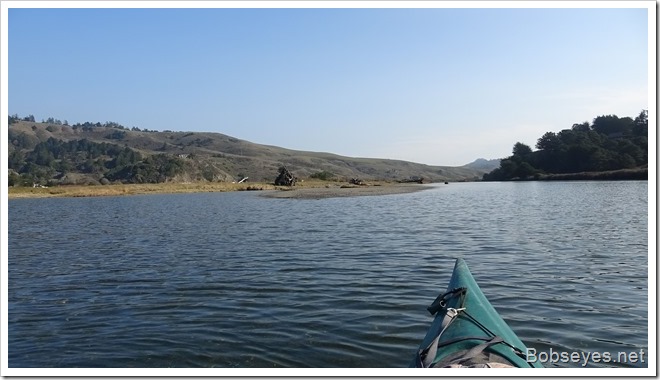 I spotted this kite hawk on the limb on the island. 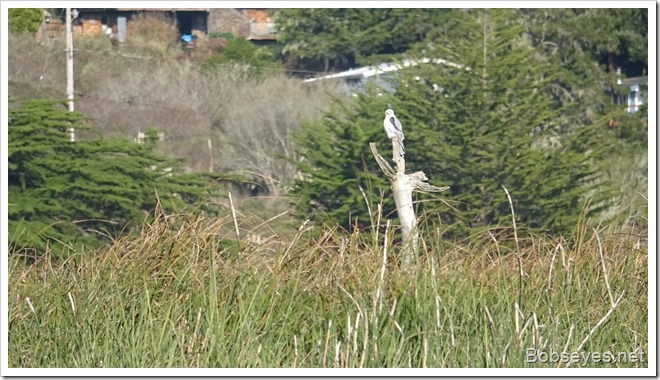 As I worked my way up the back channel I could see a bunch of ducks up ahead. 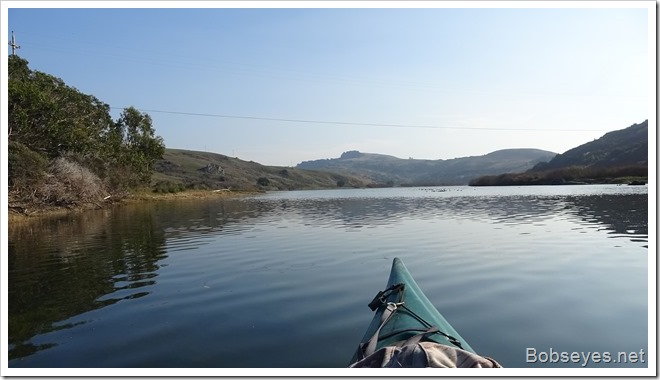 They turned out to be a big flock of coots which were diving for dead vegetation under the water. 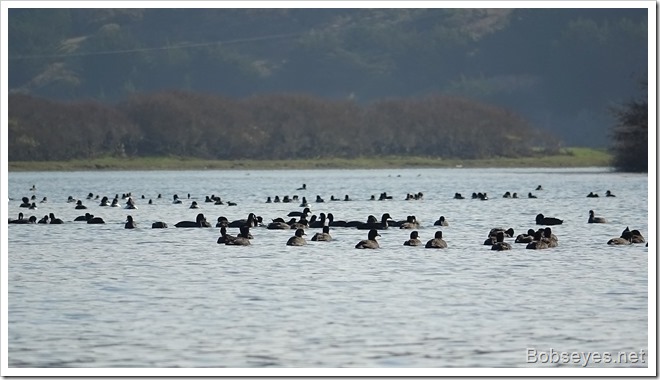 On the upper end of the island I pulled into this channel and stopped for a  bit and watched the construction guys on the road across the river. 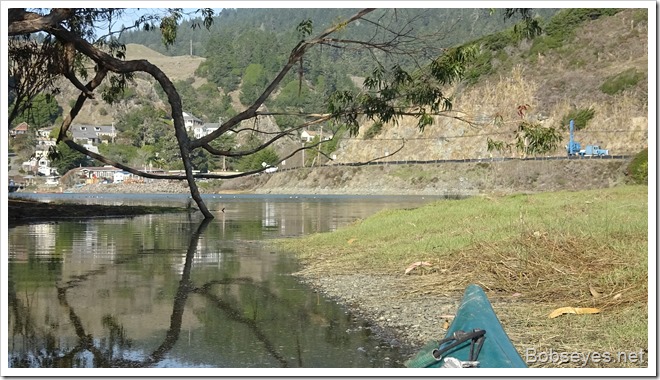 Eventually I continued around the island back where I started today in this spot. 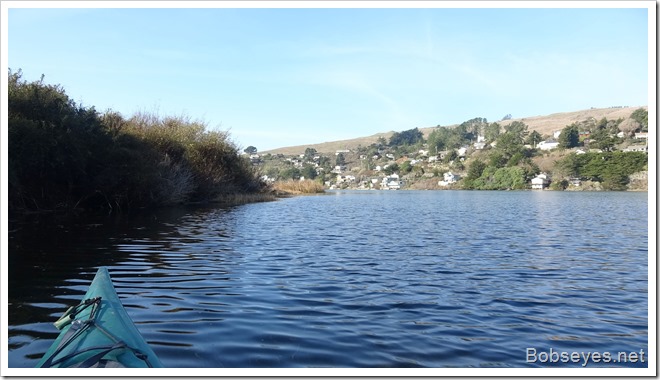 Here I’m crossing back over to the boat ramp, just up ahead. 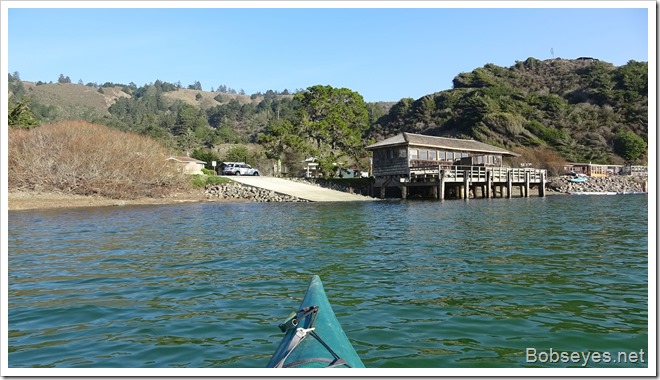 I went in for the day, put my boat on the car and drove on home for the day.

Figuring out my crane for the van

The sun was still out when I got home so I puttered in the yard for a bit and then studied how to mount my winch on the back of the van for my motorcycle crane to lift a cycle up onto the back bumper.

I got some ideas which I think will work. I’ll construct a crane unit and try it to see what works and modify it if I have to.

As the sun went behind the mountains to my west the day cooled down so I went into the house and that was it for me today.