Jenner Paddle, A Hot Water Tank and Starting the Enclosure

Seemed like a good day to go kayaking at Jenner, so off I went around eleven AM or so.

The sun was mostly out and the wind was down as I put my boat in the water and crossed over to Penny Island here and headed on down the river towards the mouth area. 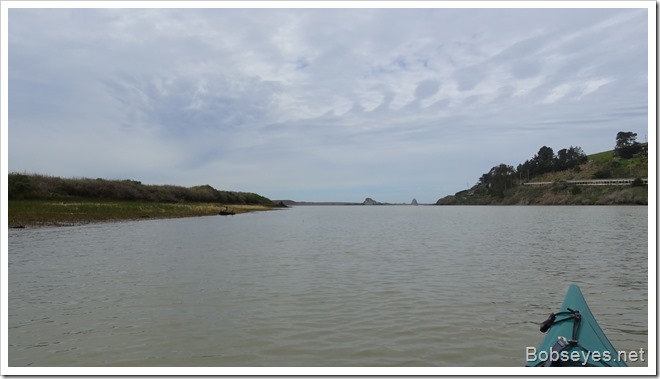 Like I said the wind was down as I approached the open mouth area where the river meets the ocean. 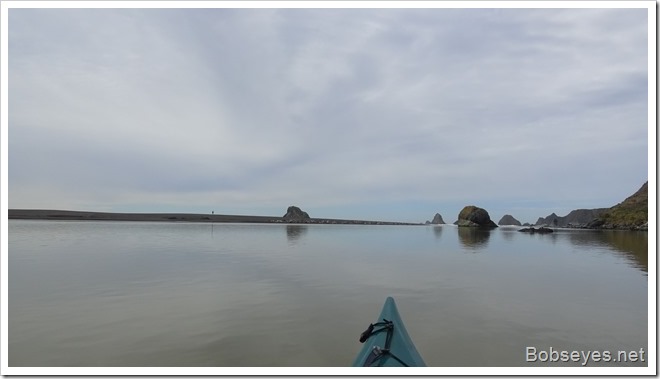 This is what the open mouth area looked like as I paddled a bit closer. There’s harbor seals and lots of birds there on the beach and some birds in the water too. 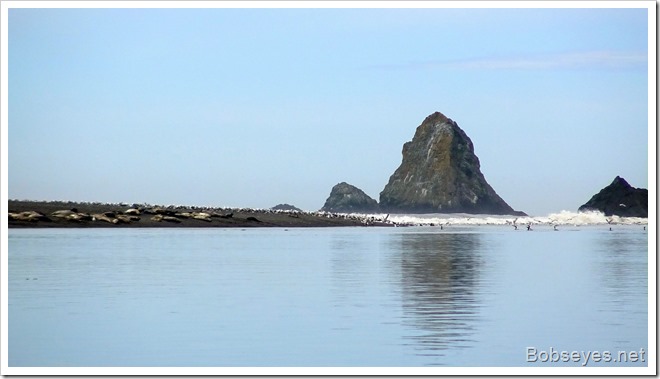 This is looking out the open river’s mouth into the Pacific ocean. That’s as far as I went as I stay in the river for safety reasons. 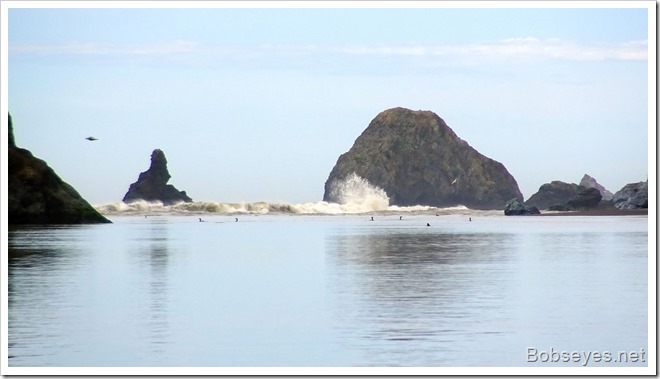 I hung out here near he harbor seals for quite some time. 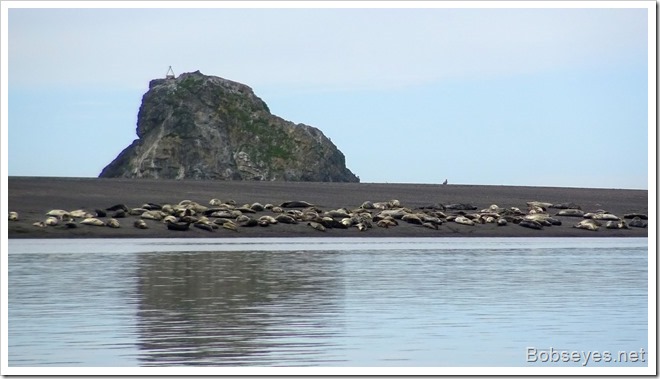 Eventually I headed back up the river going by this seagull resting on a submerged redwood log near the lower end of Penny Island. 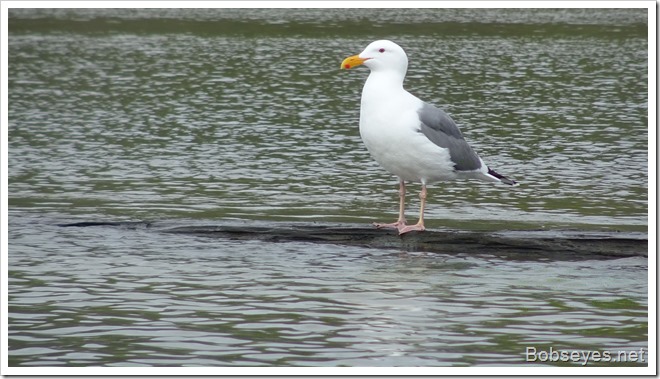 I worked my way up the river about a  mile along here stopping in these redwood logs for a break. I just back my boat into the logs and sit and watch and sometimes nap. 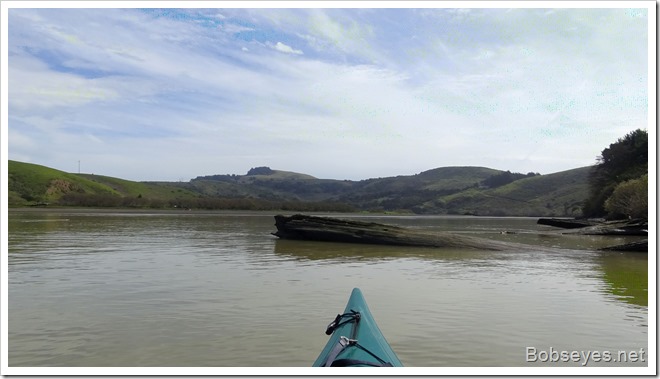 I paddled up along here and on past this spot a little ways before stopping to sit and watch. 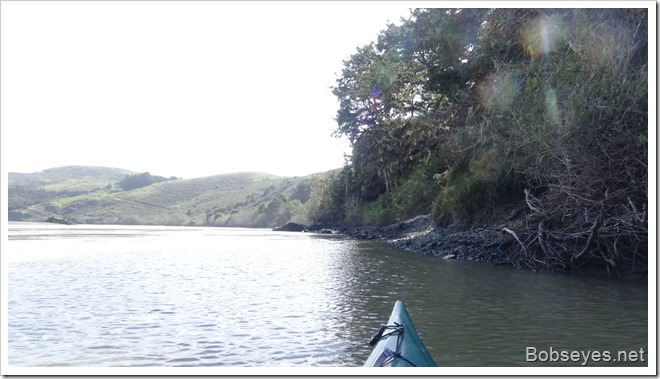 Not too many cormorants this year

When I left and started down river I crossed over to Paddy’s rock where some cormorants were resting. 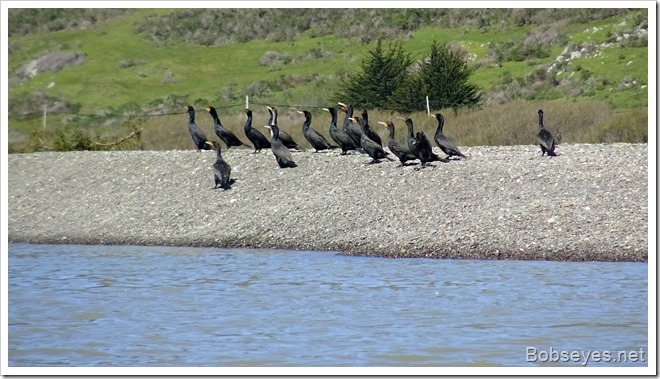 The cormorants aren’t doing too good this year. Normally, they come into the estuary, about two thousand of them to eat the hatchery fish that are released starting after Feb. 1st, but this year with all the rains the river has been mostly muddy, so they haven’t been able to fish for them. Hopefully most of those fish made it on by and out to the ocean this year, instead of just feeding the cormorants.

They all took off as I approached. 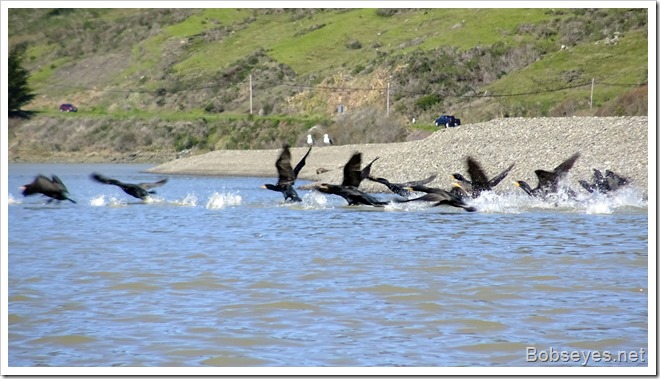 And flew on down river towards the ocean. 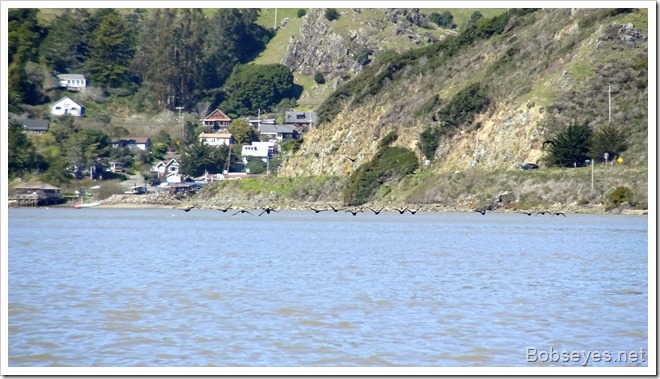 I continued on down the north side of the river looking for birds and critters along the shoreline.

These male mallards backed off a bit as I passed by didn’t fly off. 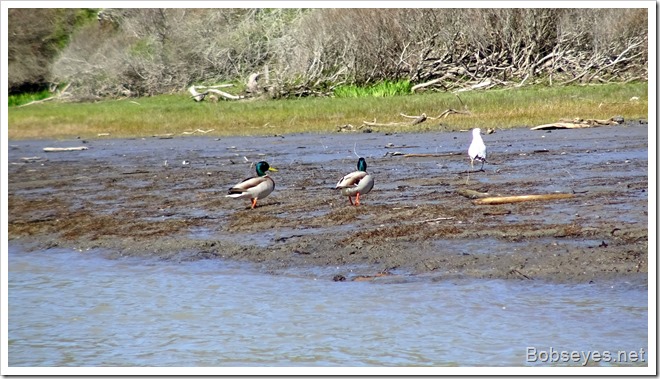 I passed by some geese sitting in the grass taking it easy. 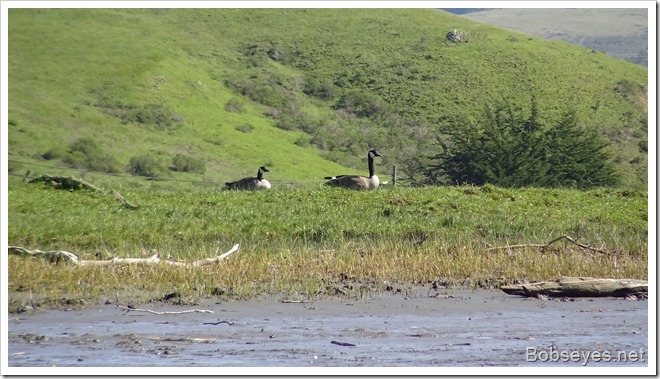 I continued on in to the Jenner boat ramp, just up ahead a bit. 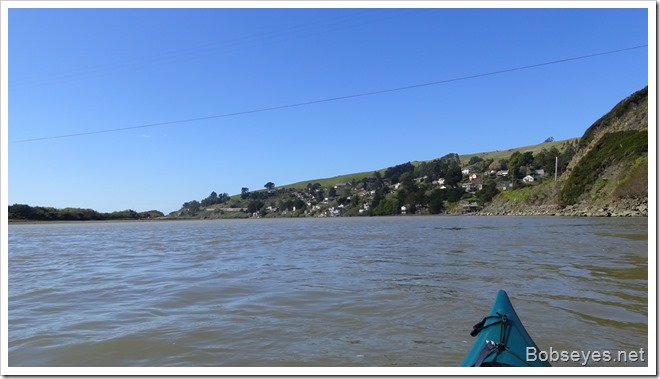 From here I went on home for the day.

After a nap, I  grabbed my electrical bag and went over to my brother’s place to check out a hot water heater that he said wasn’t working. I found the top element burned out, so let him know about that as we can just replace the element with a new one.

And worked on  my enclosure

Most of the rest of the day I spent figuring out how I wanted to construct the enclosure I’m making for  my garden and berry patch. I cut up some of he stuff for that and that was  my day.